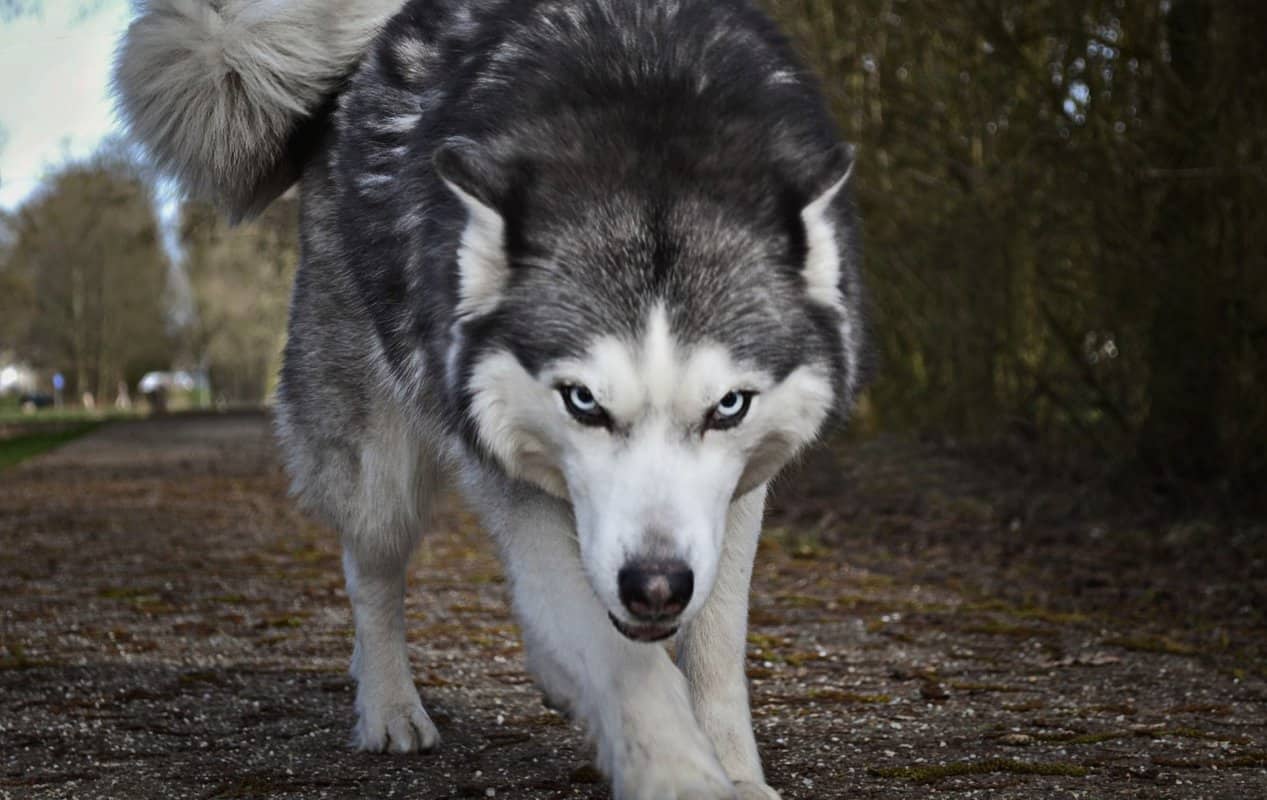 You may have seen a dog chasing a squirrel around at your local park. Many dogs were bred to be hunters. It is their instinct that makes them want to chase small animals.

However, it is not just about the purposes they were once bred for. Squirrels and dogs often oppose each other. I have found some interesting reasons why dogs hate squirrels. Take a look at the following.

Why Do Dogs Hate Squirrels?

When a dog chases a squirrel, know that it is part of their natural hunting instinct. Certain types of dogs will happily chase after an animal that satisfies their high prey drive.

Many centuries ago, some dogs were bred specifically for the purpose of helping their humans hunt. It is in their genes to go after squirrels because they are small and present themselves as fair game.

Some pups that live for the chase:

These dogs will seek out little creatures to run after, as part of the draw is the act of chasing their prey. Certain breeds are just natural-born hunters.

2. Squirrels Are Annoying To Them

Squirrels often have a nasty habit of teasing their predator, playing around, and then running off, which is annoying for dogs and frustrates them.

It is a fun game for the squirrel to lure the dog into chasing after them; they stop to look at the dog and then run away. To be perfectly honest, the squirrel is asking for it!

It is not far-fetched to presume that dogs do not like the high-pitched squealing noise that the squirrel produces. The sound can be:

Squirrels may also make noises like tink, squeak, screech, and meow. Young squirrels may generate a soft muk-muk sound when they want food or attention from their mother.

They may also make the high-pitched sound of Kuk-Kuk when they are being attacked. Dogs do not appreciate this.

Dogs may get excited when they smell their prey in the air, making them want to go after the animal. Dogs have a superior sense of smell and can tell the squirrel is around without seeing them.

However, once the canine sniffs out the squirrel, it is game on from that point on. Dogs hate squirrels because they can smell them, which makes them want to chase them.

Rats were another source of protein for pups and humans before the whole world understood that they carry disease. Some dogs may want to eat rats, but it is not recommended due to infection.

The fantastic news is that you do not need to worry about rabies with squirrels. Raccoons and skunks can carry rabies. Some squirrels may have ticks or fleas, but that is the extent of the damage they can do. 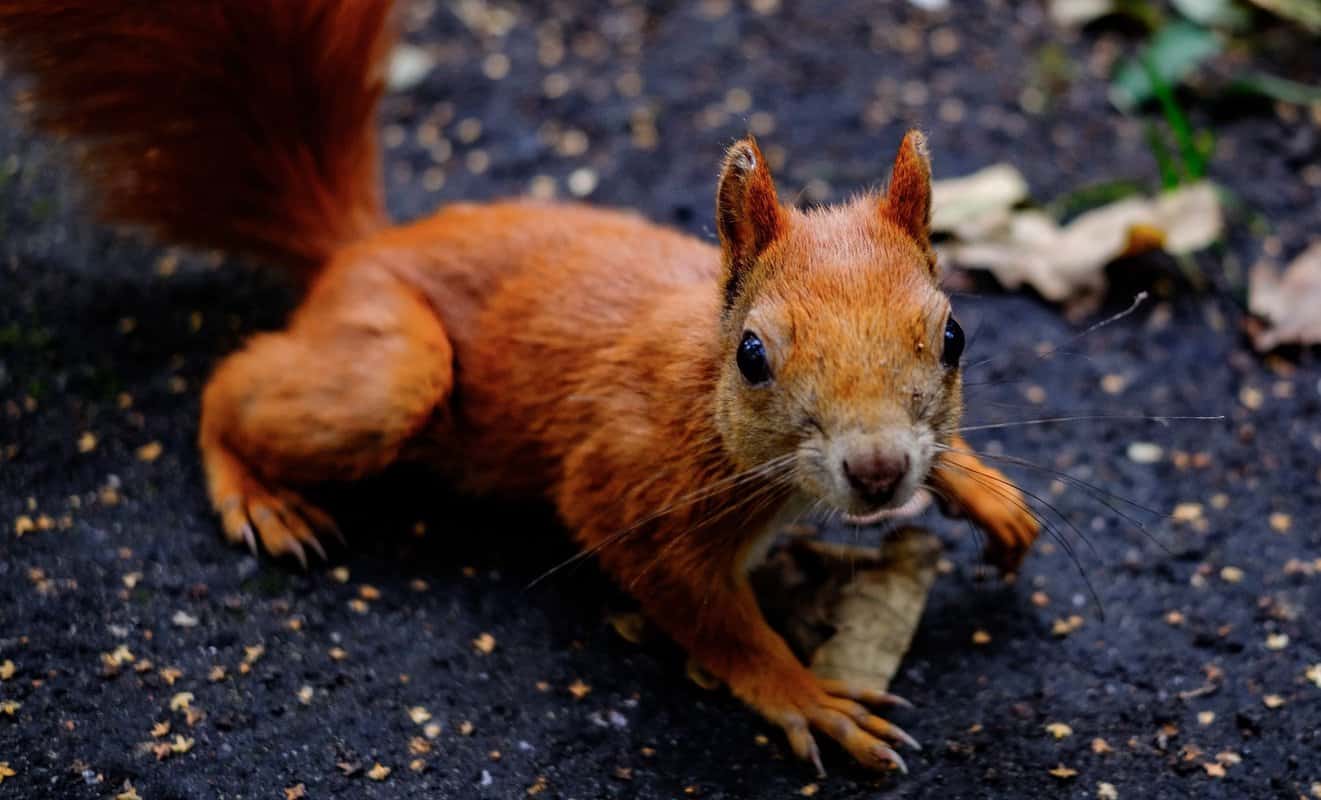 There has been evidence that squirrels can cause harm to dogs with the sharpness of their teeth. It can be dangerous for your dog to play with squirrels because of this.

The squirrel will often sink their teeth into the dog’s nose or lip. Squirrels have powerful, sharp front teeth because they are required to crack open nuts.

If a squirrel can crack open a nut with their teeth, they are liable to harm a dog by biting them possibly. Keep an eye on your dog when they are hunting squirrels.

6. Squirrels Are The Enemy

Squirrels sometimes outsmart dogs, which can drive a dog “NUTS!” Dogs like to be able to win at games, and sometimes the squirrel does not allow it.

A squirrel may see dogs as the enemy, just like dogs see the squirrel as an enemy. It is a two-way street. Dogs can be very competitive creatures.

If a pup is playing a game and they do not win, they can become very aggressive. It is natural for a dog to desire to beat the squirrel, but if the squirrel beats them, they do not like it.

7. A Threat To Territory

It is the reason why your pup should be kept on a leash at all times. They can get free and spar with other animals, which is not safe for them.

The squirrel can be a compelling animal in its own right. They have powerful hind legs and key vocalizations. They also have extraordinary memories and will store nuts for a long time.

They can compete for territory because of their adaptations. Dogs may not like this and see the squirrel as threatening their environment.

Squirrels have the same quickness and stealth as rabbits. Dogs love to chase rabbits. They do not necessarily want to consume the rabbit.

However, the rabbit can cause much distress for a dog who wants something to play with. Rabbits were also a food source for humans and dogs for many years.

Dogs sometimes chase rabbits to release energy and may also want to eat them. Squirrels are no different. You can stop this behavior by using simple commands.

Some dogs only chase down prey when they are threatened. Rabbits are often too fast to catch; the same can be said for squirrels.

9. They Want To Have Fun

Dogs get a thrill hunting down small animals. When a dog hunts, especially when hunting an animal they hate, dopamine and serotonin are released. They feel motivated to hunt down squirrels.

It gives the pup a sense of pleasure to chase after their prey. They do not mind the hunt and kill aspect of it either. Dogs can act like their wild ancestors sometimes.

To learn more, you can also read our posts on why Beagles are so cute, why people hate cats, and why dogs like you.

Dogs hate squirrels because they relish chasing down their prey, as it is their natural instinct to want to hunt small animals.

They may also see the squirrel as the enemy. The squirrel could compete with your dog for their territory, and your pup does not like it.

Why Do Superheroes Wear Capes? (9 Reasons Why)

Why Does The British Monarchy Still Exist? (11 Reasons Why)