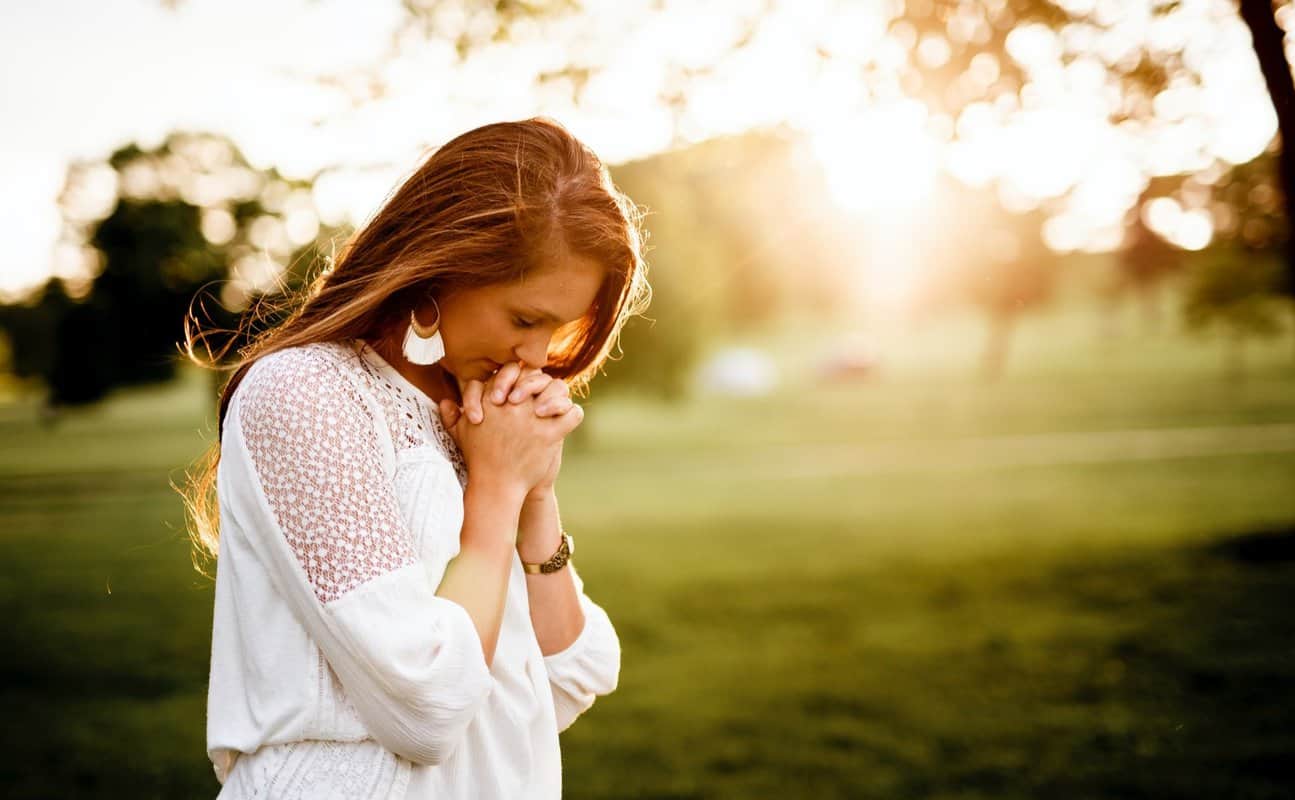 For thousands of years, humans have followed some sort of religion. Whether the animism of tribal people or the pagan beliefs of the ancient Greeks or the Norse, religion was everywhere.

Within the past few thousand years, monotheism became popular- specifically, Abrahamic religions such as Christianity and their God. However, many people wonder why it is popular!

Why Do People Believe In God?

1. A Sense Of Community

An inherent belief in God is not one of the main reasons people believe in God. Comfort in the community built around God is ordinary.

Regular churchgoers are often part of a tight-knit group, and in more pervasive sects of Christianity, churches of the same denomination may be relatively close to each other.

In these cases, with closes in such proximity to each other, the community expands even further.

With these expanded communities, somebody can find themself with an even larger sense of belonging.

This sense of belonging is one of the most attractive aspects of organized religions. Humankind, as a species, is an incredibly social animal and often feels a need to belong in a group.

This need is the logical conclusion of the ancestors of humankind being social animals, living and hunting in packs and in expansive social groups.

When you look at the closest relatives of humans, including gorillas and chimpanzees, you will notice that the vast majority of these animals lived in groups. Humans are no exception!

Therefore, humans who feel an inherent pull toward religion may feel drawn towards a group because they wish to belong.

Believing in God helps them fit into a group, and humans like to fit in!

Many religious people grew up in religious families, especially when it comes to Americans. People who have a family history of religion are more likely to believe in God.

As with many other things, a person’s personality is often dictated by their upbringing and influenced by potential mental illnesses, issues, or circumstances out of anybody’s control.

If parents raise their children to believe in God and follow a certain religion, they are more likely to stay religious throughout their life.

Remember in the last section where you read that Americans are more likely to grow up religious? Out of all developed nations, America is among the most religious.

If somebody grows up with a lot of religion around them, they will get more influenced toward believing in God.

A person may feel pressured by their locality or their country’s society and culture as a whole to believe in God and therefore will become religious.

This pressure somewhat falls into the sense of community once again. People often succumb to peer pressure out of a desire to fit in and belong to a group, and religion is no different.

Atheists believe that there is nothing after death, mimicking death’s euphemism of ‘an eternal slumber.’

Other religions, such as Buddhism, believe in reincarnation. In these cases, a person’s soul will somewhat restart and be put into a new body.

Christians reject both of these possibilities, and it may be because of an inherent human fear of death.

Most living things are biologically and psychologically hardwired to continue living for as long as possible.

Except for people who face severe mental illnesses, no living thing wants to die- and even in those cases, nobody is supposed to want to die.

People who choose to believe in God- or any god, or any pantheon of gods- may choose to do so out of a fear of death, hoping for something to save them from a potential void.

One element of the human psyche is the fear of the unknown. As such, humans will seek out as many answers as possible.

This need for answers drives the fields of science and philosophy, which attempt to discern the workings of the universe, the world, and the human mind.

Many people turn to religion to get their answers, as sects like Christianity offer a simple answer for most things; “It was God’s plan.”

6. Liking The Idea Of An Afterlife

Aside from fearing death, many people choose to believe in God because they like the idea of an afterlife. The promise of Heaven is an alluring one of eternal paradise and happiness.

On the other hand, Christianity and Islam also believe in hell, which is not most people’s idea of a pleasant afterlife.

With the promise of Heaven for all true believers, a belief in God can easily attract people who seek the eternal life that heaven claims to grant.

Read More:  Why Is Japanese Culture So Popular? (11 Reasons Why) 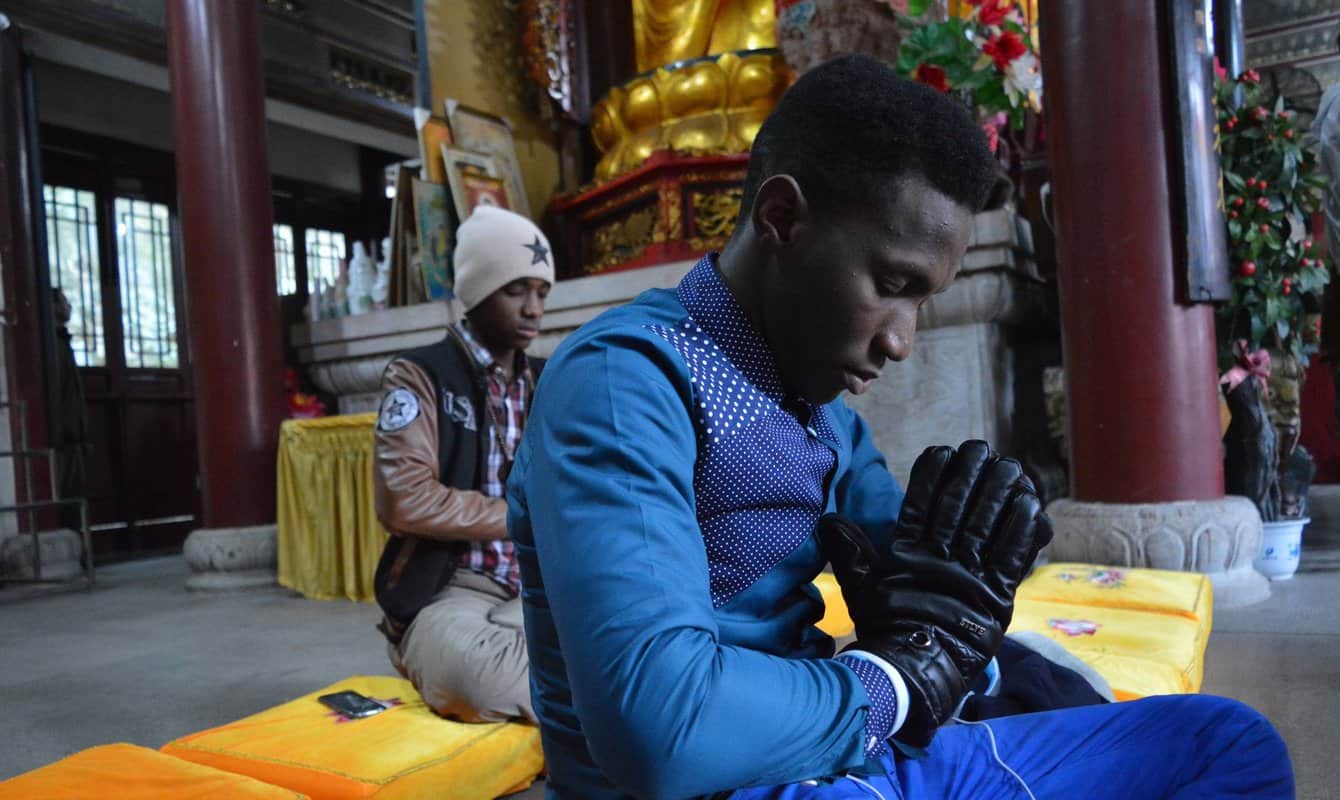 It may seem rude, but many Christians believe in God as a measure of wishful thinking.

You will mostly see this belief in people who grew up in religious households but drifted away from the faith.

People choose to believe in God because they hope that God is real and is planning something special for them.

Christianity offers a concept of ultimate justice, where all sins are punished as necessary and everybody will find freedom and peace in Heaven.

This concept is attractive to many people for obvious reasons!

Every person wants to feel safe, especially if they are being watched over by somebody who cares for them.

According to Christian doctrine, everybody is watched over by a loving God who has a plan for everybody. This can make people feel incredibly safe!

Many people choose to believe in God as they believe that religion will help them experience a measure of personal growth and become better people.

With religions such as Christianity preaching ideologies such as temperance, many believe that adhering to the tenants of Christianity can help them become more virtuous.

As far back as the first religions, ritual behavior has been an important aspect of worship.

Ancient religions such as the Norse Pagans would hold rites such as grand blots, with mass sacrifices, while ancient Greeks and the Mayans would sacrifice animals and people to the gods.

While Abrahamic religions can be light on human sacrifice, they follow many different rites that help enhance the religious experience and make people enjoy worship.

Religions like Judaism and Orthodoxy are heavy on musical and dancing elements, while Catholics have Mass and Muslims have the Hajj.

These ritual behaviors are comforting for humans, with people feeling more connected to a group while undergoing the same ritual experiences as others.

In Abrahamic religions such as Christianity, hell is one of the most terrifying things conceivable by humankind.

To Christians and Muslims, hell is the place where the devil tortures the souls of sinners for all eternity.

Followers of Judaism, however, believe in a slightly different concept. Their version of hell, known as Sheol, is more of a stop on the way to heaven than it is eternal punishment.

Therefore, followers of Abrahamic religions such as Christians and Muslims are far more likely to fear hell than followers of other religions.

This fear of hell can lead to a more fiery belief in God and the following of his word.

However, this fear of hell can also explain why Christians and Muslims tend to have more extremist sects than other religions.

Many people may ultimately choose to believe in God because they fear the potential consequences of not believing in God.

Very few people would want to spend eternity in a lake of fire!

13. A Belief In The Messaging

Religions tend to have a very strict and well-developed moral code, no matter their culture of origin or region of operation.

For example, Norse Paganism considered bravery, respect, and dignity as virtuous. These values attracted people who believed in their messaging, who would eventually become Vikings.

Similarly, Christianity has a code that holds tenants humility, self-control, and the love and worship of their God over all others as virtuous.

People whose personalities fall into these categories will be attracted more toward a belief in God, as the religious beliefs naturally align with their existence.

If somebody genuinely believes in the messaging and virtues of Christianity, they will have an easier time slotting into the Christian church and finding their place.

Simply put, if somebody already believes in the tenants of a religion, following it becomes that much easier. This rule is especially true for such a pervasive religion as Christianity!

To learn more, you can also read our posts on why Christian music is so bad, why church is so boring, and why religion is absurd.

Ultimately, whether you believe in God or not, you can see why so many people do! There seem to be many compelling psychological reasons people are attracted to religion.

Religion seems to appeal to many base desires in the human psyche, including a sense of belonging and a need for answers. Even if you are an atheist, you must recognize that!

Why Do People Watch Reality TV? (11 Reasons Why)