Why Do Wrestlers Have Long Hair? (5 Reasons Why) 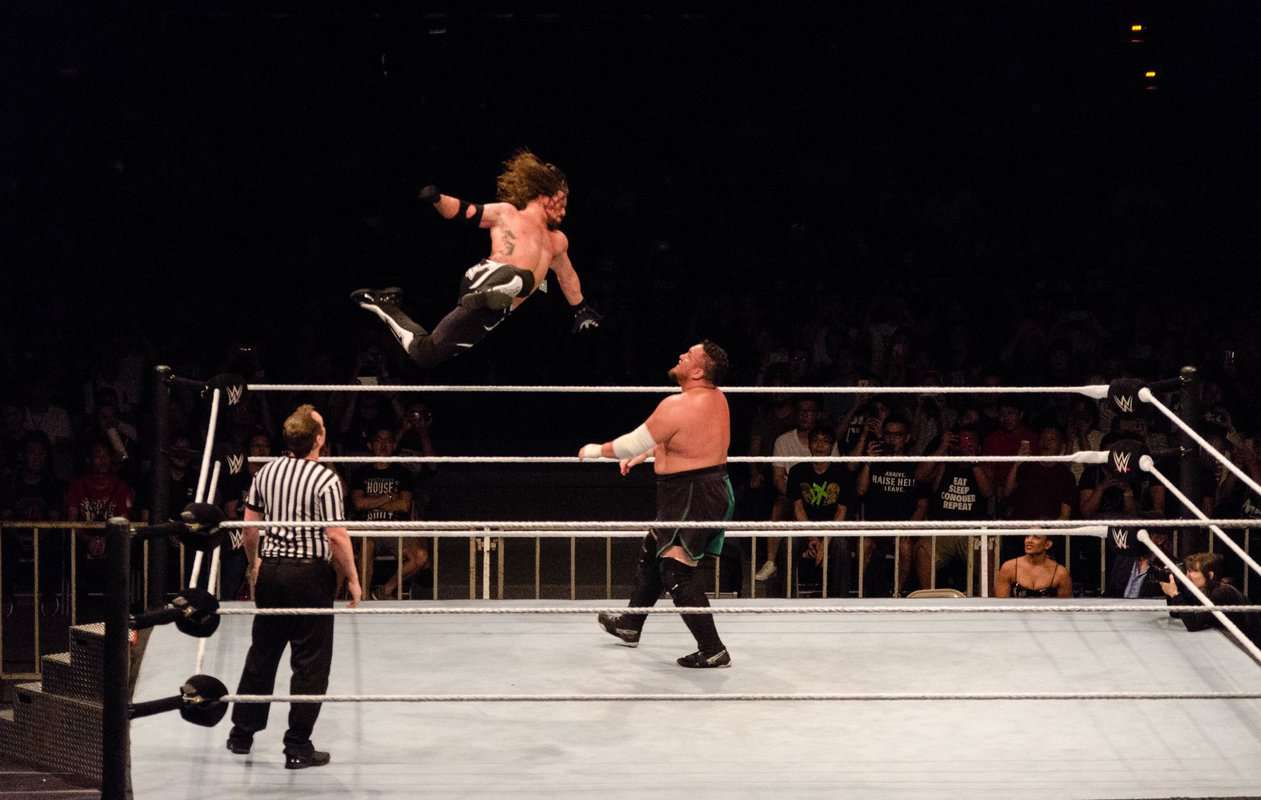 If you’re watching a wrestling match, you might notice one thing – many wrestlers have long hair. From Ric Flair “The Nature Boy” to Roman Reigns, long hair seems to be a common theme.

But what’s the deal with the long-haired wrestlers? Are they just trying to look extra attractive, or is there something more to the lengthy locks? I dug in deep to find out the truth.

Why Do Wrestlers Have Long Hair?

Did you know that long hair can act as a cooling mechanism?

With that in mind, it’s not surprising that wrestlers would opt to have longer locks – they’re less likely to suffer overheating and overexerting.

This is especially true when the hair is wet, which makes sense why Seth Rollins steps out with dripping wet long strands (even though it turns into a mega poof ball by the end of the match).

So the next time you see a wrestler come out with silky, wet, and long strands, keep in mind that they’re not just doing it to be eye candy (although that’s a definite plus of this hairdo).

By now, most people are well aware that wrestling isn’t entirely real. There’s a lot of choreography and scripts involved, not to mention some exciting props (chairs and tables).

That said, some wrestlers wear their hair long to add to the overall “drama” of the show. It’s almost as if their hair is a prop when they’re in the ring.

For instance, they can flip their hair fanatically when dropping an elbow or punching, making the scene look far more intense than it truly is.

Another great way to use hair for dramatic purposes is when blood is involved (real or otherwise).

When a light-haired wrestler ends up “beaten and bloodied,” the blood will stain their hair – taking the shock value to the next level. 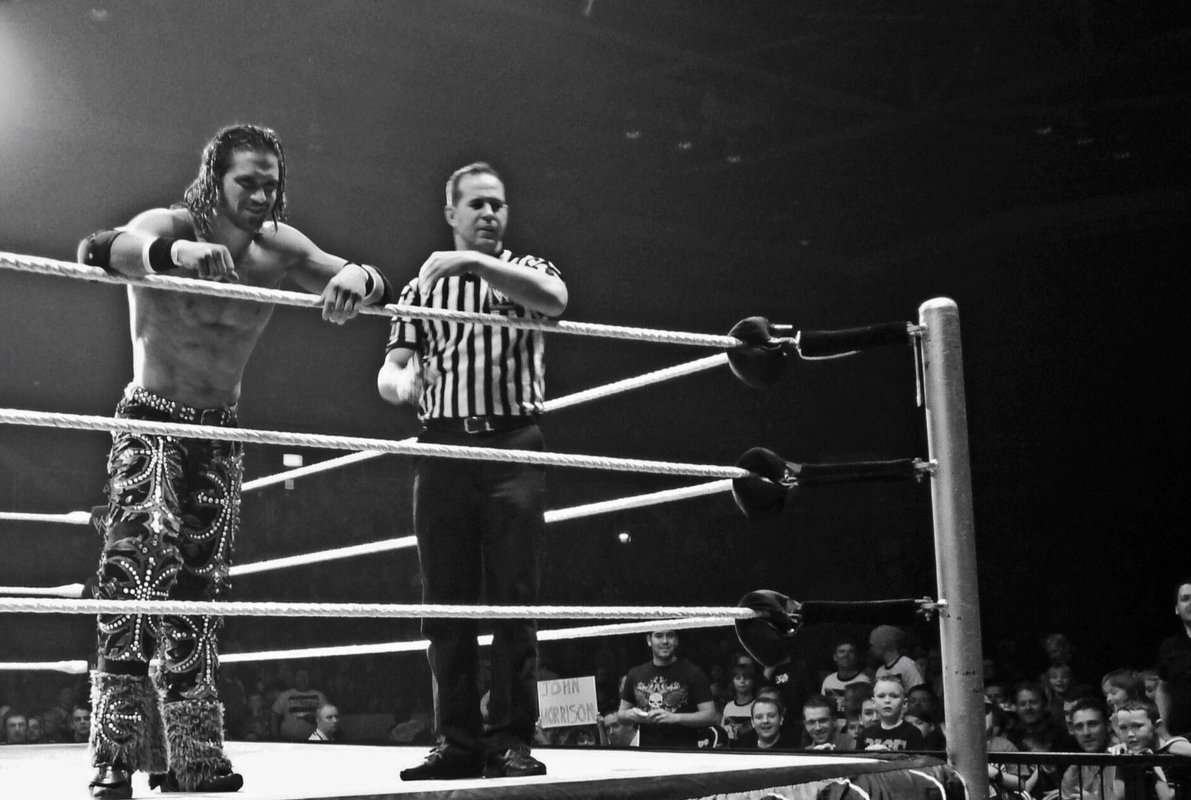 Protection and shock value are two main reasons why wrestlers wear their hair long, but they’re not the only explanations.

One thing that may drive a wrestler to wear their hair long is to mimic the historical “warrior persona.”

Think about it – strong leaders such as Thor, Achilles, and Poseidon all had long hair.

While the lengthy locks didn’t necessarily make them stronger, it’s become a symbol throughout history.

Today, if someone has buff arms and long hair, they can easily be deemed as a “warrior” – especially if they’re trying to fend off other tough guys in the ring.

4. Hides Their Face for Communication Purposes

As I mentioned previously, wrestling is 90% choreography and scripts. It’s basically the same thing as watching a dramatic, exciting, and sometimes frightening play.

And, just like any other “show,” people can forget their lines or need to communicate something at some point during the display.

When a wrestler has long hair, they can hide their face easily to communicate with the other individual(s) in the ring without the audience knowing.

For instance, they might call spots or ensure that their prop or teammate is where they’re supposed to be before moving forward to the next move.

So, while the long hair gives the individual a warrior-like appearance and emphasizes drama, it is also necessary for communication sometimes, making lengthy locks convenient in the ring.

At this point, it’s evident that having long hair as a wrestler can be beneficial in more ways than one. It can fend off the heat while allowing for added drama and secret communication.

Although lengthy locks can be advantageous, some wrestlers simply have long hair because they like the way it looks.

For example, some wrestlers may think they look drop-dead sexy with long hair and love flipping it around and playing with it in the ring to look extra attractive.

Others may find that their long hair makes them look rougher and more brutal, so they wear it long to have a more rugged appearance.

For some, having long hair is just what they like. They might think it’s the best hairstyle for their face, in which case they wouldn’t dream of cutting it short.

Some may simply want to mimic their favorite wrestler. A young wrestler may have looked up to a wrestler with long hair while they were growing up, and now they want to be just like them.

Plenty of wrestlers have long hair for one reason or another. Some wrestlers simply think they look sexy and strong with lengthy locks, so they avoid cutting it.

However, long hair can also be helpful beyond looks. It helps to stave off heat exhaustion while also adding to the dramatic effect of wrestling. It also allows secret communication in the ring.

Why Are Bunnies So Cute? (11 Reasons Why)