Why Is Vermont So Liberal? (9 Reasons Why) 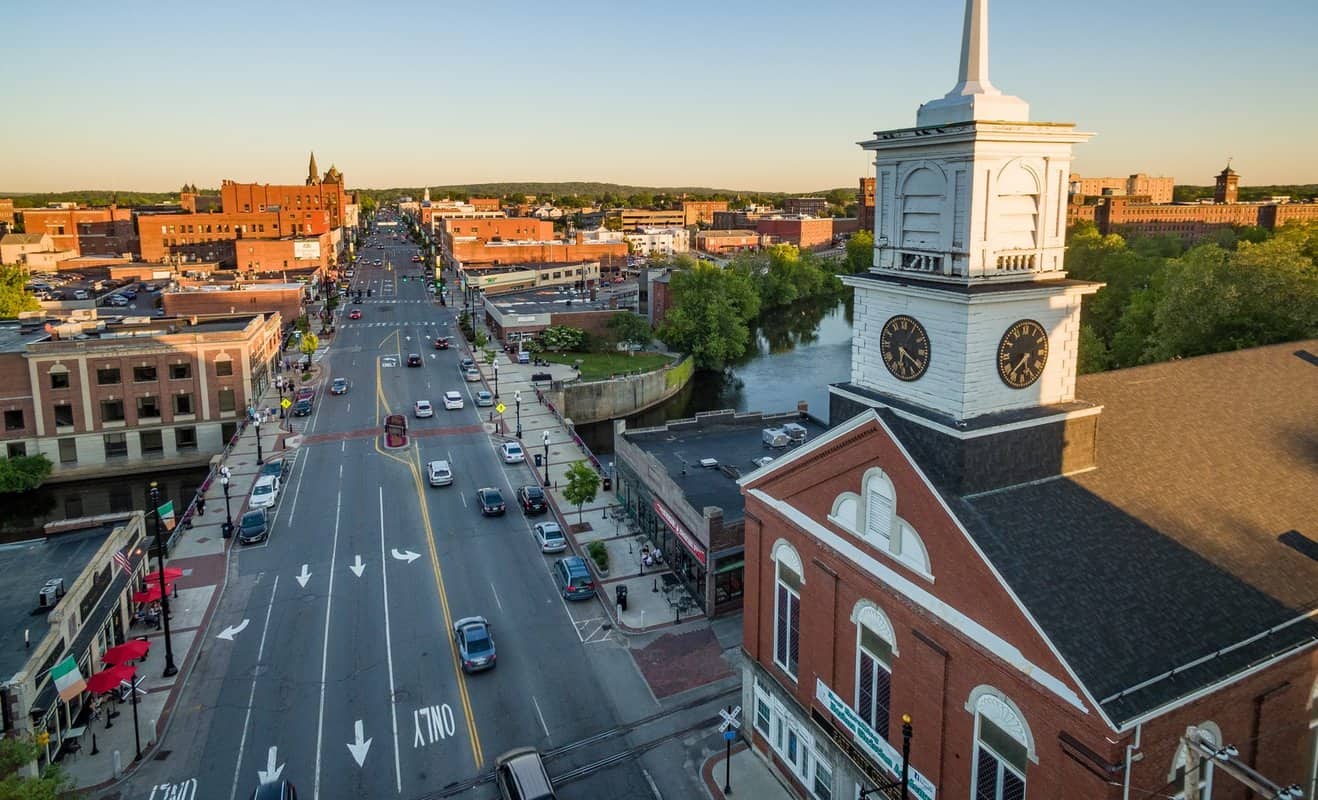 Despite being a relatively small state with a small population, the Green Mountain State is known for being a major supporter of the Liberal ideology.

As a result, a lot of people may wonder “why is Vermont so liberal?”, and in today’s article, we’ll walk you through 9 possible reasons that explain that. Let’s dive right in!

Why Is Vermont So Liberal?

One of the main reasons why Vermont is an overall liberal state is that it massively supports the democratic party, which has been associated with social liberalism since the early 1960s.

Liberalism is primarily a political orientation that is based on equality and freedom, which goes in line with the political scene in the state.

This doesn’t mean that the state of Vermont doesn’t have any Republican supporters. In fact, up until 1992, the state voted Republican in almost every presidential election.

To this day, you can still find many Vermonters who are relatively conservative or massively support the Republican party.

However, since that date, the political weight of the Democratic party in the state has increased, and they’ve been dominating the state’s votes ever since.

Since the dominant party controls the state’s legislature, many state laws that pass are in line with the liberal ideology.

Vermont is one of the most rural states in America, with over 80% of its population living in rural areas and relatively small cities.

This kind of living generated a powerful sense of “radical independence” that most native Vermonters seek, which values the privacy of thoughts and freedom of choice.

In fact, the state’s motto itself is “Freedom and Unity”, which further explains how Vermonters value their freedom.

As a result, the public majority will end up voting for the political party that represents their ideas, and currently, this party is the Democratic.

Another reason why Vermont is heavily liberal is based on the geographical location of the state.

For instance, Vermont is one of the 6 states of New England.

If you take a look at the political orientation of these 6 states and the state’s presidential vote in each one, you’ll be able to see the pattern here.

Since most of these states are relatively small, the majority of their combined population share similar ideologies.

4. The Influx Of Liberal Immigrants

This one is another major reason why Vermont has become so liberal since the early 1990s and continues to be so to this day.

In the late 1980s, many people from neighboring states, especially New York, started immigrating to Vermont and became residents of the state, allowing them to vote there.

Additionally, since it’s located on the Canadian borders, a lot of liberal Canadians immigrated to Vermont, which also found themselves more comfortable voting for Democrats.

Since the state was moderately Republican, the immigrants’ votes slowly shifted the state towards voting for Democrats. 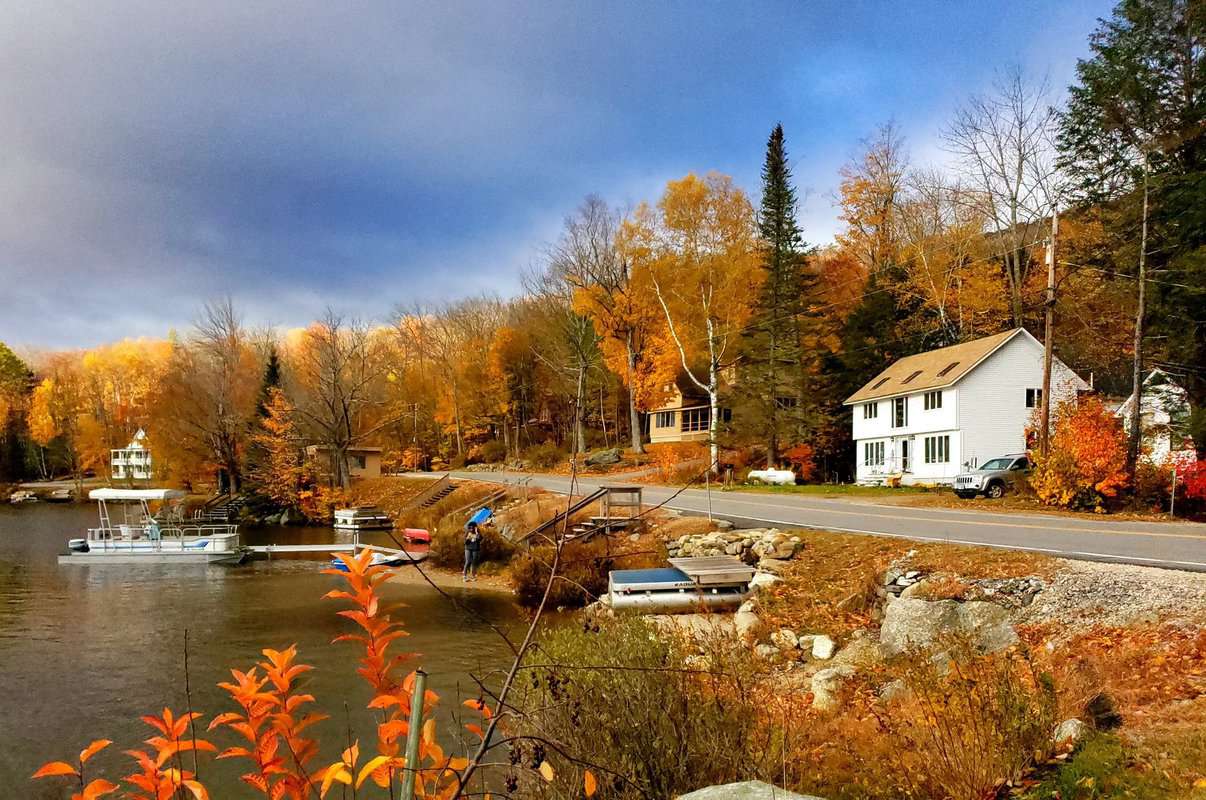 As of 2021, Vermont has an official population of 650,000 individuals, making it one of the smallest states in America in terms of population.

Despite that, there’s a huge diversity when it comes to the descent of Vermonters.

According to a report on the population composition of Vermont, around 33% of all Vermonters are of French descent, which are the pioneers of liberalism ideology.

Since the Ideas of Liberalism promote acceptance of others, adopting the liberal ideology was necessary to bring different people together.

There are several studies that established a correlation between college education and liberalism.

For example, a study that assesses the correlation between higher education and socio-political orientation found that college education leads to liberalization.

Similarly, another article found that liberalism is overrepresented on college campuses, with the majority of college students identifying as liberals.

For a small state like Vermont, it has a surprisingly high number of colleges, which explains why the majority of the state’s youth adopt liberal ideologies.

Similar to higher education, there’s a strong correlation between liberalism, secularism, and democracy, according to various reports.

Technically speaking, Vermont is a Christian majority state, as 54% of the population identifies as Christians.

However, the state also has a whopping 37% of its population who are not affiliated with any religion.

So, while the state’s majority are somewhat religious, there’s a considerable percentage of seculars who would rather support liberal ideologies and political parties.

There are plenty of arguments and articles online that back up the claims that mainstream media is biased toward liberal ideologies.

Although nobody will argue that Vermont is overall liberal, some Vermonters think that liberalism is overrepresented due to a similar case of media bias.

Instead, locals believe that the state is moderately liberal, but it still has a balanced percentage of conservatives.

Last but not least, Vermont is known for its beautiful natural landscape as well as the abundance of wooded forests, wildlife, and green mountains.

Since Vermonters take pride in their picturesque scenery, they’re more inclined to support political parties that are concerned about nature and call for strict measures to protect it.

According to a report by Pew Research Center, the majority of U.S. adults who believe that they need to take actions to protect the environment are democrat-leaning.

To learn more, you can also read our posts on why Wyoming is so empty, why Rome is so dirty, and why people get married in Las Vegas.

There you have it! A brief guide that walks you through 9 of the possible reasons that explain why Vermont is predominantly liberal.

As you can see, a mix of historical and geopolitical reasons may explain why a lot of people within the state vote blue, despite the state’s history of being a conservative one.

Why Is Zolucky So Cheap? (9 Reasons Why)

Why Is The Gulf Of Mexico So Dirty? (11 Reasons Why)