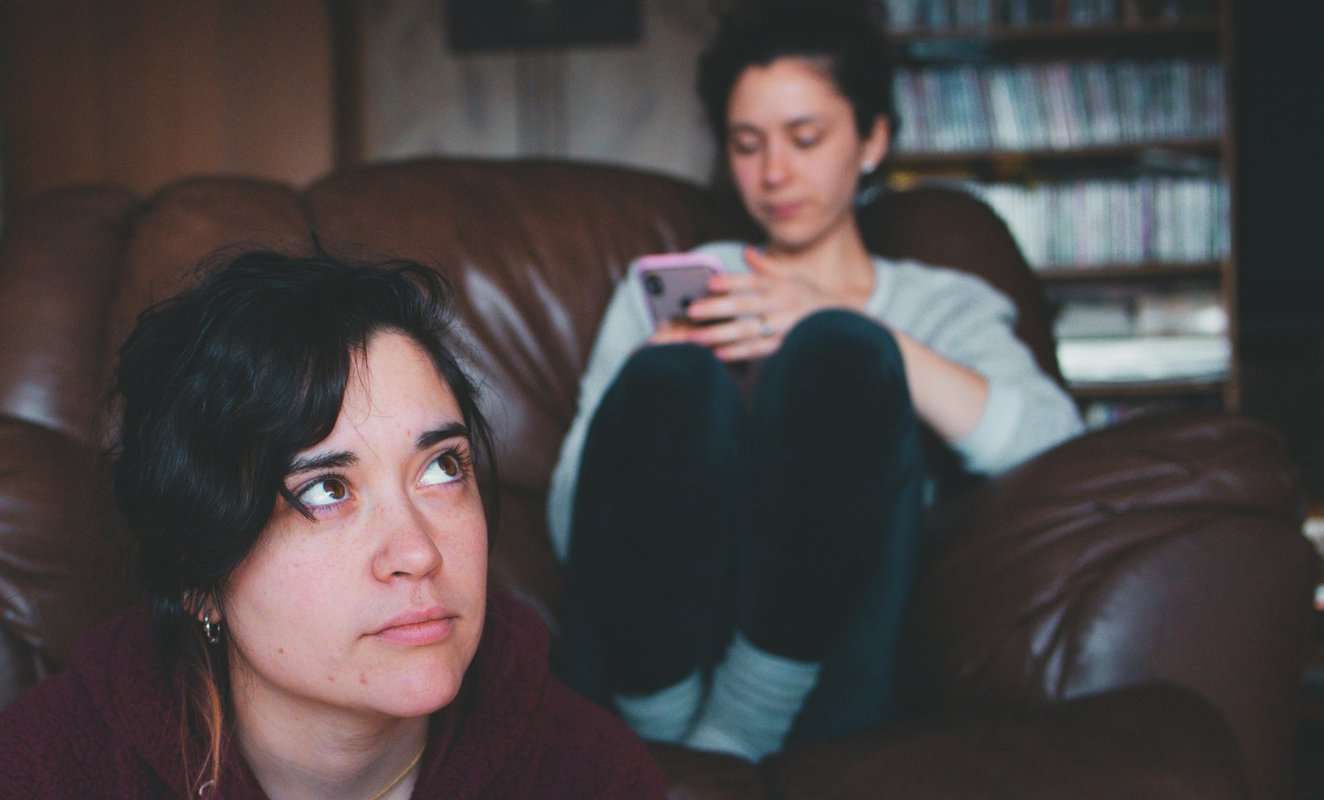 Whatever the reasons, it can be really tough having a sister who isn’t very nice. But why is your sister so mean? There could be a few different reasons, so here are 11 possible reasons why your sister might be acting like a bully.

Why Is My Sister So Mean?

If your sister is always putting you down, it could be because she’s jealous of you. Maybe she feels like she can’t compete with you in school or sports or thinks you’re more popular than her.

Whatever the reason, her jealousy is causing her to act out in a mean way. So what can you do to change this?

First, try talking to her about how you’re feeling. Maybe she doesn’t even realize she’s being mean because she’s jealous. Once she understands how her actions affect you, she may be more likely to change her behavior.

You can also try spending more time with her. If she feels like she’s getting attention and love from you, she may be less likely to feel jealous.

And finally, try complimenting her more. Let her know when she’s done something well or when you think she looks lovely. This can help boost her confidence and make her.

If your sister is acting out of character and being more mean than usual, it could be because she’s going through a tough time in life. Maybe she’s dealing with family issues or feeling stressed about something at school.

Whatever the reason, her unhappiness is causing her to take it out on you. You have to remember that your sister is like everyone else—she will have good days and bad.

You can try talking to her about what’s happening in her life. Maybe she just needs someone to talk to.

Sometimes, people act out negatively because they’re trying to get attention. If your sister feels neglected or like she doesn’t matter, she might start acting out in a mean way to get your attention.

You can try spending more time with her. Maybe she just needs some quality time with you. You can also try talking to her about how she’s feeling and why she thinks she needs to act out negatively to get attention.

If your sister is always picking on you, it could be because she’s bored. Maybe she doesn’t have anything else to do or is looking for something to entertain her.

It’s common for people to act out when they’re bored, and it’s just human nature. So what can you do to change this?

First, try talking to her about how you’re feeling. Your sister might not understand how her actions affect you.

You can also try finding things for her to do that will keep her occupied. Maybe there are some hobbies she’s interested in or some new friends she can hang out with.

Sometimes, people act out in a mean way because they want to feel powerful. Maybe your sister feels like she has no control in her life, so she’s trying to take control of you.

Whatever the reason, her need for power is causing her to act out negatively. There’s good news, though; you can take back control by standing up to her.

The next time she tries to control or bully you, stand up for yourself. Don’t let her push you around. Show her that there are better ways to get what she wants. 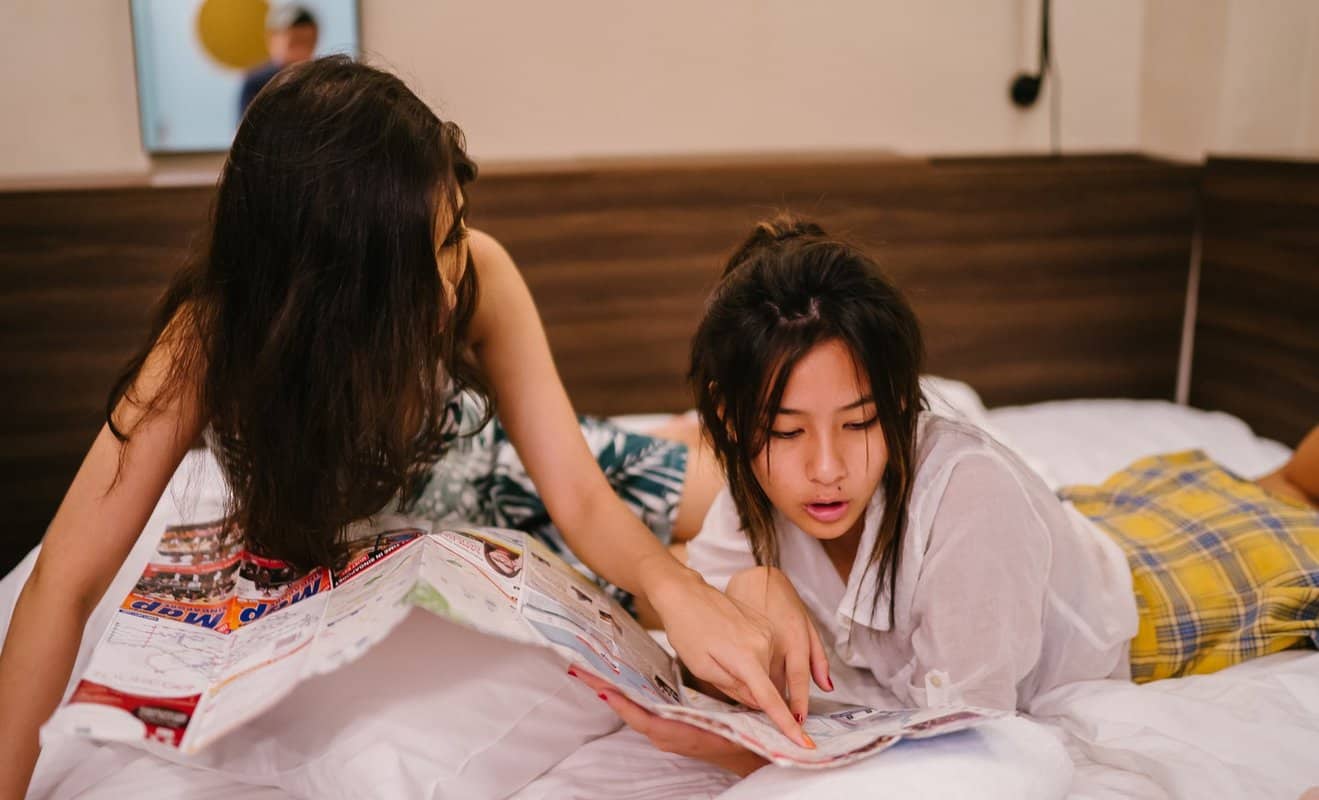 If your sister is acting mean because all of her friends are acting mean, it’s probably because she’s feeling peer pressure.

Maybe she’s afraid of being left out or wants to fit in. This behavior is common among adolescents.

The best thing you can do is to talk to her about it. Communication is key in these situations. Try to find out why she’s feeling pressure to act this way.

Once you know the reason, you can work together to devise a solution. Maybe your sister needs some encouragement to be her own person.

If your sister is acting out in a mean way, it could be because she doesn’t know how to express herself.

Maybe she’s feeling frustrated or angry, but she doesn’t know how to express those feelings healthily.

So instead, she takes it out on you negatively, making you both feel bad. Rather than bottling up her emotions, she needs to learn to express herself healthily.

You can help her by talking to her about her feelings. Maybe she just needs someone to listen to her. You can also help her by teaching her healthy ways to express her emotions.

If your sister is being mean, it could be because she’s learned it from someone else. Maybe she’s seen your parents or other adults act meanly, and she’s copied their behavior.

Or maybe she’s seen it on TV or in movies and thinks it’s okay to act that way. Whatever the reason, she’s learned it from someone else, and now she’s copying their behavior.

Social media is another place where people can learn bad behavior. If your sister sees people act out in a negative way online, it could affect her behavior.

The best thing you can do is to talk to her about it. Help her understand why acting out in a mean way is not acceptable.

If your sister has low self-esteem, it could be causing her to act out in a mean way. Maybe she doesn’t think she’s good enough or doesn’t feel like she deserves your love and attention.

It’s important to show your sister that she is loved and that she is good enough. The best way to do this is to talk to her about it.

Tell her how much you love her and why you think she’s special. This will help her to see herself in a better light. You can also encourage her to do things that make her feel good about herself.

If your sister is acting out in a mean way, it could be because she’s feeling threatened. Maybe she’s afraid of losing your love, or she feels like you’re trying to take something away from her.

So, what’s the solution? Talk to her and try to understand what she’s feeling. Once you know what’s happening, you can work together to find a solution that makes everyone happy.

If your sister has a mental health condition, it could be causing her to act out in a mean way. Maybe she’s dealing with depression, anxiety, or another mental health issue.

Such behavior is increasingly common these days, so don’t be afraid to seek professional help. If you’re concerned about your sister’s mental health, the best thing she can do is talk to someone.

If your sister is acting out in a mean way, it’s important to try to understand why she’s doing it. Once you know the reason, you can try to help her through whatever is causing her to act that way.

If you can’t figure it out on your own, you can always talk to a professional who can help you get to the bottom of it.

Why Is My Wife So Beautiful? (11 Reasons Why)

Why Is My Sister So Annoying? (11 Reasons Why)