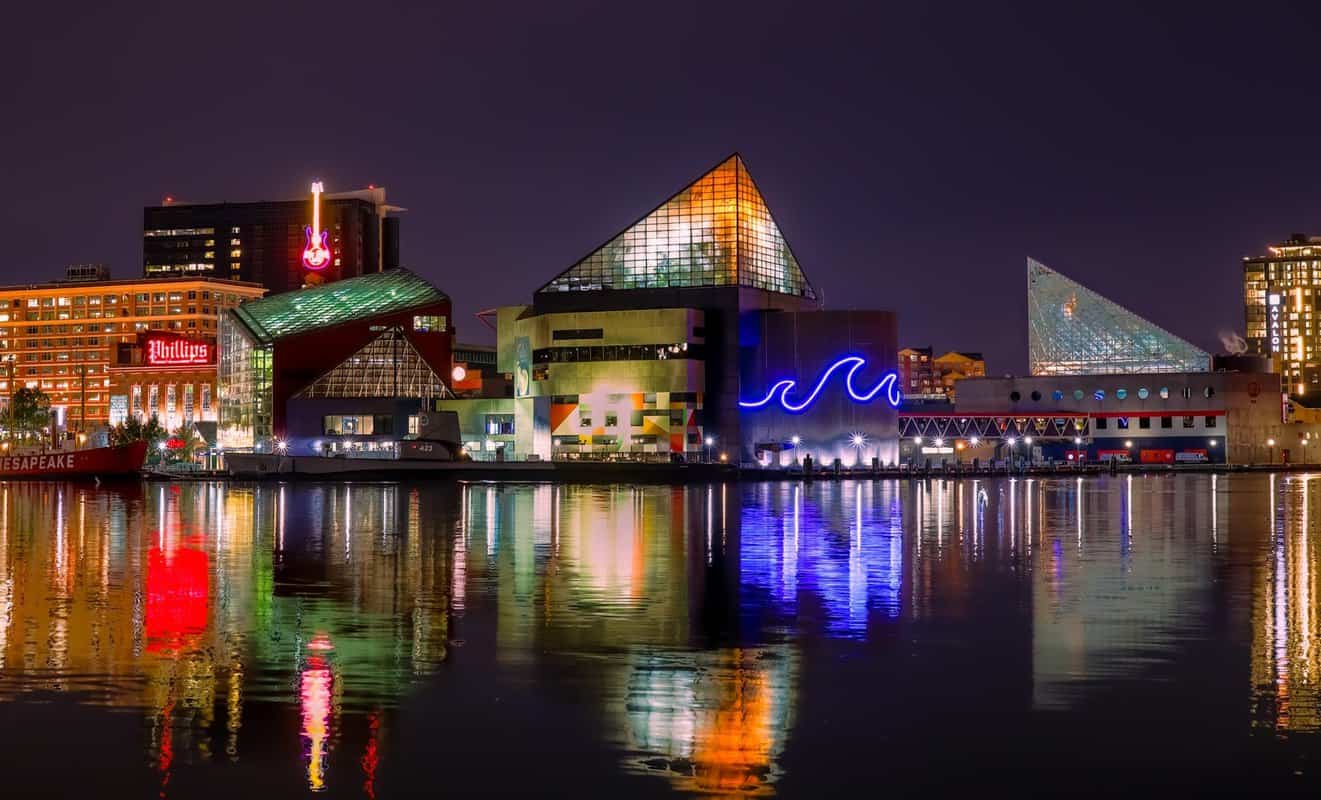 Our lovely planet is no stranger to so-called “bad cities,” and America is no exception. Many Americans are likely to know several bad, dangerous cities off the top of their head if they don’t know a particular disreputable town near them.

Baltimore is one of the most notorious of these bad cities. Most Americans could pinpoint Baltimore as one of the most dangerous cities in the country, behind only Detroit. If a city has sunk so low to be comparable to Detroit, you may be wondering how things got that bad!

Why Is Baltimore So Dangerous?

Any populated area can be judged by how good its education is. Whether it be a city, state, or country, their level of education can be indicative of many societal ills- or a lack of.

Baltimore is no exception. Baltimore is one of the biggest spenders in the US in terms of education, spending around $16,000 per student in 2019. This money seems to be for naught.

Several reports indicate that only 11% of high school graduates in Baltimore can proficiently read. In a similar vein, only 13% of Baltimore’s fourth and eighth graders are even considered literate.

Despite all the money Baltimore spends funding their schools, the city cannot seem to fix its education issue.

As more and more time passes by, this can force many students into a pipeline that leads directly to a life of crime.

This rate leads to one out of every three prisoners in Maryland being in Baltimore, with their incarceration often for an extended time.

Many citizens of Baltimore consider this incarceration rate to be a reason why their city is so dangerous.

These citizens believe that prison time acts as a criminal training course. In this case, the incarcerated would be even more dangerous once released.

Of course, the high incarceration rates directly result from Baltimore’s high crime rate, so it is a self-perpetuating cycle.

Much like incarceration rates, Maryland’s teen pregnancy rate falls in line with the national average. This time, however, Baltimore’s rate is twice as high instead of three times.

While Baltimore’s teen pregnancy rate has dropped over 40% since 2009, it is still notably higher than the average, peaking at three times the national average.

Studies around the country have shown that the children of teen parents are more likely to drop out of high school.

When combined with Baltimore’s education system, which is already widely considered to be failing, this can have noticeably detrimental effects on a child’s development.

Children who drop out of high school are more likely to commit crimes, leading to a higher crime rate and a more dangerous city. This increased crime rate leads to higher incarceration rates and so on.

As you can tell by now, the reasons Baltimore is so dangerous are an interconnected web of issues that can be very hard to solve!

Single-parent households can be a side effect of teen parents, but it’s not a foregone conclusion.

Studies have shown that children raised by single or divorced parents are more likely to become criminals.

As of January 2020, single-parent households comprised 58% of Baltimore’s households with children. This score is a record low for the city, which recorded 63% in 2012.

America, as a country, has one of the highest rates of single parents in the world. Even still, America comes in at 23%.

This number is under half of Baltimore’s rate, being nearly three times less than Baltimore’s peak.

Baltimore has a reputation as a drug-filled city, and many citizens of Baltimore would agree that this reputation is deserved.

Maryland is a state grasped by Heroin, with Baltimore having been gripped the strongest.

In 2017, Baltimore reported 761 deaths related to drugs and alcohol. 692 of these deaths were related to opioids, particularly heroin.

People who are addicted to drugs are more likely to commit violent acts, but that isn’t necessarily the most dangerous aspect of Baltimore’s drug scene.

With Baltimore’s rate of drug use being as high as it is, anybody who moves to Baltimore faces an increased risk of becoming addicted to drugs themselves.

While it’s easy to think ‘just say no,’ many people suffer from addiction for a reason. The danger lies in becoming just as addicted as anybody else. 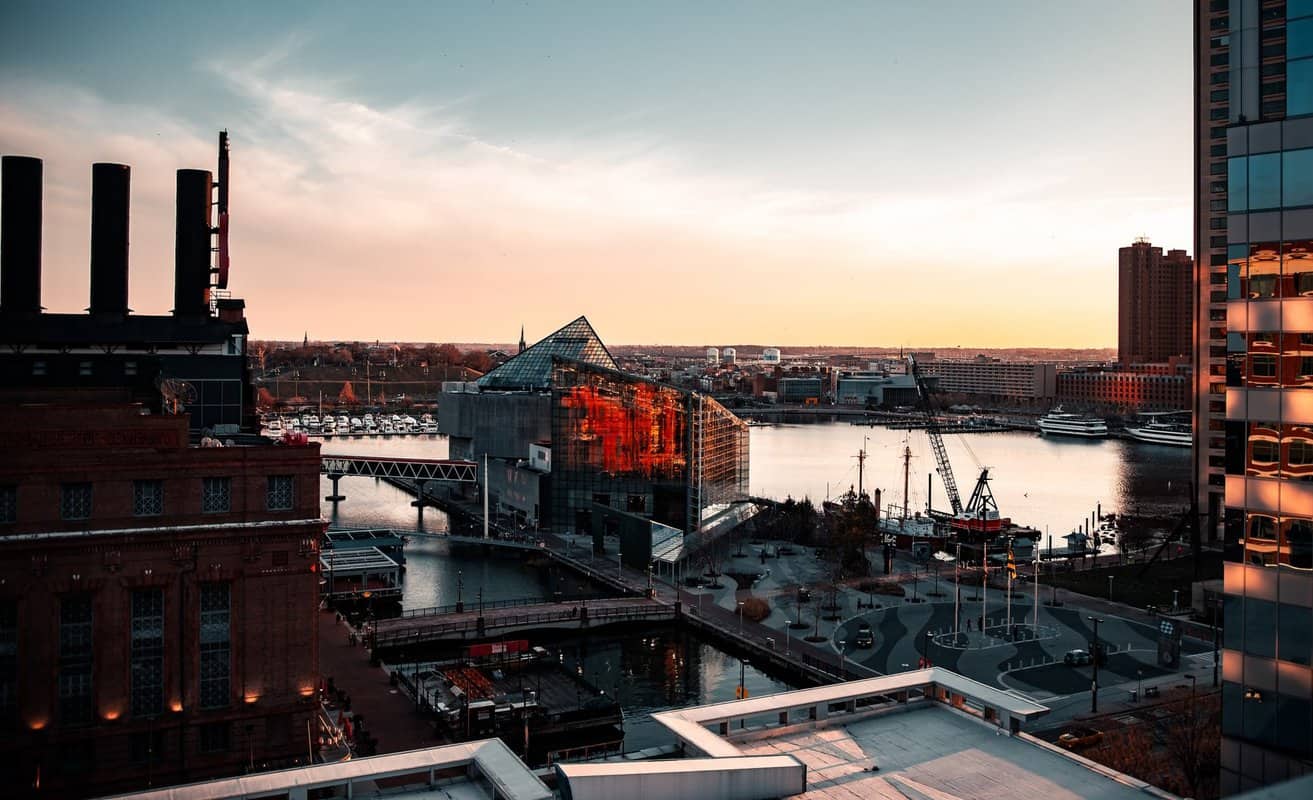 Many of the issues with alcohol are also covered under the section titled drug addiction, but Baltimore is particularly known for its high rate of public intoxication.

Maryland is known for having strict laws regarding the purchase of alcohol. However, this does not stop the citizens of Baltimore.

The drinking problems in Baltimore are so severe that the city has a Combat Underage Drinking Coalition. This coalition, also known as the CUD, even has official government backing!

Citizens of Baltimore are well aware of their city’s alcohol abuse, yet many want less-strict laws on the purchase of alcohol.

That goes to show just how much Americans value their freedoms!

Poverty is something that Americans have had to increasingly deal with, although the state of Maryland has done relatively well.

As a state, Maryland has a poverty rate of just under 10%, compared to the American average of 14%.

Keeping in line with the trends we’ve seen, Baltimore had a poverty rate of 21.8% in 2020, just over twice the rate of the entire state of Maryland.

Many studies have shown that poverty can increase crime rates, and with a poverty level like Baltimore’s, it seems this is true!

This income inequality is evident, with certain parts of Baltimore being considered ‘very nice’ while many other parts are simply considered the ghetto.

This disparity itself can cause many issues as citizens grow jealous, with the rich thinking the poor are not hard-working enough.

On the other hand, the poor may also resent the rich, as the city may seem like it’s catering to them. Understandably, these attitudes can lead to violence!

Read More:  Why Is California So Liberal? (11 Reasons Why)

At its peak, over 50% of Baltimore’s population was unemployed. This is over ten times the national average unemployment rate, and can understandably lead to severe poverty.

In terms of corruption, Baltimore had the second-highest amount of convictions in the entire 2010s. The only city that pulled ahead of Baltimore was Richmond, Virginia.

Corruption in Baltimore has gotten so bad that several previous mayors have been arrested and convicted on corruption charges.

Additionally, multiple police chiefs have been arrested and convicted of tax fraud and misusing policy funds.

When your peacekeeping force and your administration have that track record, it’s easy to see why things have not been kept in place!

Baltimore is known for its gang violence, with organized crime increasing in recent years.

While Baltimore had successfully managed to curb most gang activity in the early 2000s, the late 2010s and early 2020s saw a rise in MS-13 and CCC activity.

This gang activity would lead to increased violence and more active drug trade.

All in all, you can see exactly why Baltimore is considered a particularly dangerous city. It can seem like it has failed a city on every fundamental level, being extremely dangerous to everybody who sets foot inside of it.

However, people stay in Baltimore for a reason, and it’s not just because they’re too poor to leave. Baltimore is known for its beautiful harbor, and along with the scenic view, Baltimore boasts renowned hospitals and museums. Baltimore is also a cultural center for rock and jazz music and is known for its seafood. Even in the most dangerous cities, there’s something to love!