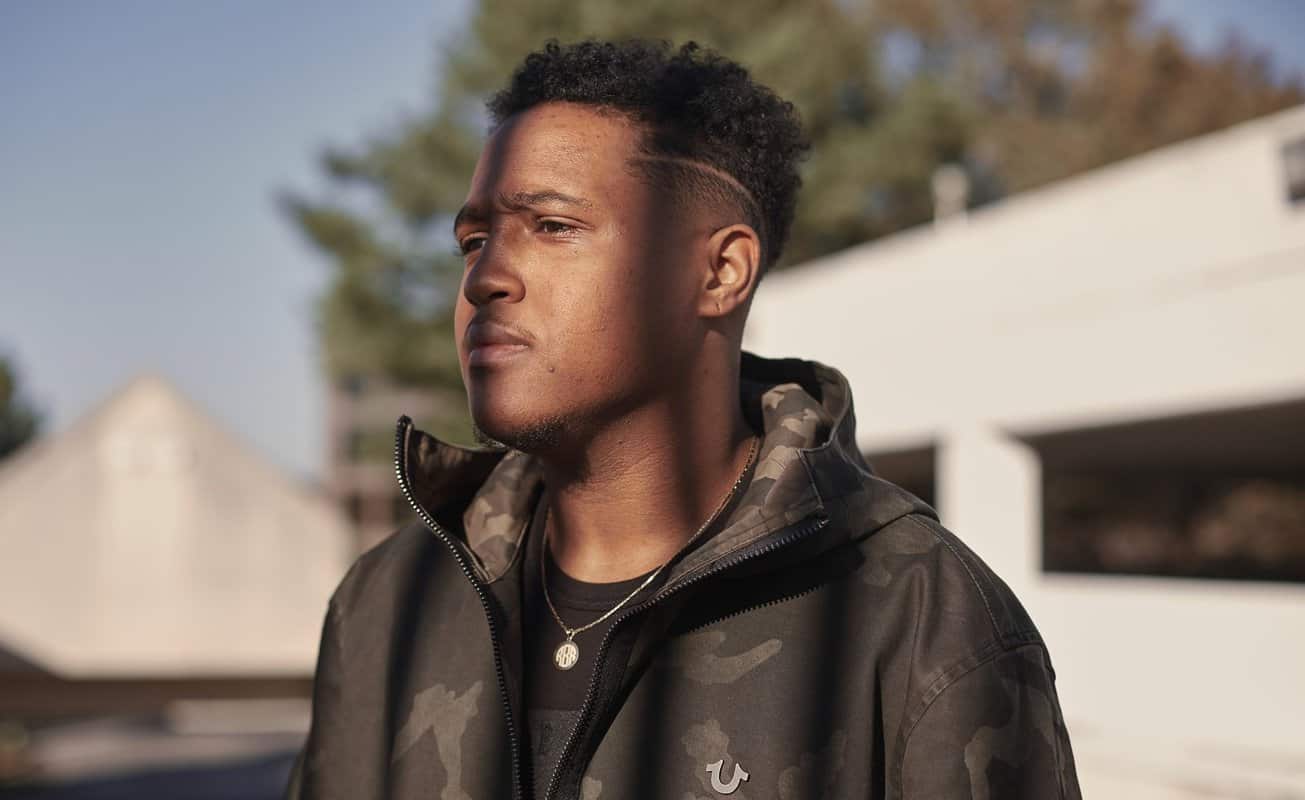 Necklaces have been known to be more worn by women, but over time, as time progressed, guys have also embraced the power of wearing necklaces. But why?

Well, there are plenty of reasons why, but here are nine reasons that I’ve personally discovered as to why guys wear necklaces.

Why Do Guys Wear Necklaces?

Men’s fashion has become more open-minded and experimental over the years. There are different ways to incorporate clothes and accessories to make a statement to everyone.

Fashionable and eye-popping necklaces are bonuses to enhance the statement of a man’s clothing. They have the choice to make the necklaces as eye-catching and bold as they want.

If a man wears a bold necklace using fashion, he wants to send a message to the public. This could be a political message, showcases societal progression in style, etc.

Necklaces and, specifically, chains have been associated with power and status and so attaching a muscled man, without a shirt on, with a chain then apparently says it all.

Luckily for the men, this phenomenon does not go unnoticed by the men themselves, and they will tend to capitalize on it to get attention from other men or women.

Another connection to men wearing necklaces is that it makes them look edgier, aka the bad boy, and makes women attracted to them.

Clothing, tattoos, and jewelry can all become conversation starters.

Read More:  Why Are Underwear So Expensive? (11 Reasons Why)

If the guy feels he is not interesting enough or wants to show off his statement pieces, then wearing them will increase the likelihood of creating conversations when there is none.

And jewelry is often considered one of the best conversation pieces between multiple people. This gives the man and others a chance to open up and tell their stories, emotional or humorous.

Flexing has always been a wave, but, especially in this day and age, it seems like a full-time job and a requirement to live through life.

Men have the most oversized egos and flex the most. It doesn’t matter how much money they have.

Nothing will make them happier than to purchase ridiculous necklaces and chains and flex them on social media. They treat their necklaces like prized possessions because it garners attention.

Flexing their chains and necklaces, over the decades and years, has always been the norm, but social media makes it so that we, non-flexors, cannot hide from the men who treat it as a full-time job.

So, in short, they don’t wear necklaces for sentimental purposes, but they wear them for attention and, if they’re lucky, to hold onto as an investment if things go south in the finance department. 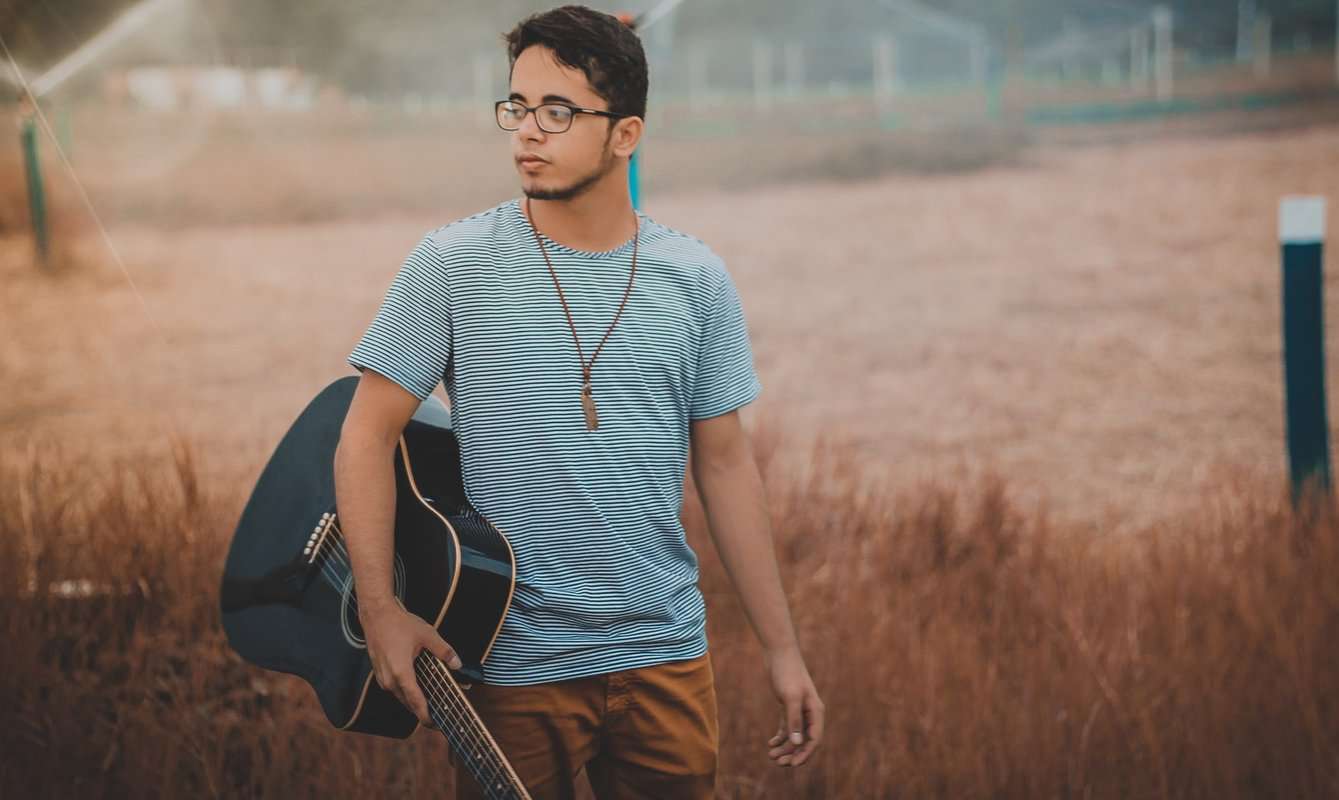 Religious people want to display their love and respect for their religion by displaying a necklace around their necks.

Usually, if a man wore a necklace with religious undertones, they would wear a necklace containing a cross.

Other ways to revamp the look of the cross necklace for men is to bling it out, make it bigger, smaller, and anything else they can think of.

Read More:  Why Do Men Wear Pinky Rings? (9 Reasons Why)

Wearing a cross necklace showcases that they are not ashamed of their religion and will show it how much they want.

6. Tribute To Loved One

People have various ways to tribute their love and admiration for a loved one, and necklaces are one of the most popular ways to go about it.

We’ve heard about women displaying their love by wearing a necklace with their partners or children’s names on it, but the same goes for men.

Especially nowadays, men will embrace their loved ones, living or deceased, by wearing over-the-top necklaces in tribute to them, which is nice and an exciting way to go about it.

But, if it means authentically and genuinely displaying their love, then to each their own.

7. Because They Want To

A likely, more understandable, reason is that it’s their choice and they want to wear a necklace during their out and about time.

Sometimes, believe it or not, there doesn’t have to be a reason for why someone, a man, wants to wear something such as a necklace.

Yes, necklaces are more known to be worn by women, but no set rule book says a man isn’t allowed to wear necklaces.

8. They Were Forced To

On the flip side, they could’ve been forced to wear a necklace by their girlfriend, partner, family member, for a job, or whatever else.

However, the likelihood of this being a valid reason is slim to none because no one can force you to wear something you don’t like.

But, if they force a man to wear something, then the last thing people think of is a necklace. So, while it is a far stretch, this could also possibly be a likely reason.

Read More:  Why Are Golden Goose Shoes So Expensive? (9 Reasons Why)

We often take the people around us for granted, not appreciating them as often as we should. However, when it comes to holidays and birthdays, they will still take the time to come around.

This goes along with number seven, but a man will wear a necklace if it’s been given to them as a gift and they cherish it.

This is especially true if the gift was well thought out and had a lot of meaning. It is equivalent to if a woman were to wear a necklace, she’ll likely wear one that was gifted to them by their partners.

So, in conclusion, men wear necklaces, too, because they want to. They want to show off their sense of style. A sense of style that will, ultimately, create conversations.

These conversations, amongst others, will either be impactful or chill to move a relationship between man and the people forward in hopes of creating meaningful memories.

Or, if you are a guy reading this and you’re in the minority for these reasons, then it’s likely that you were forced to wear those necklaces against your will.

Why Do Black Women Wear Weaves? (7 Reasons Why)