Why Are Old Pokémon Games So Expensive? (11 Reasons Why) 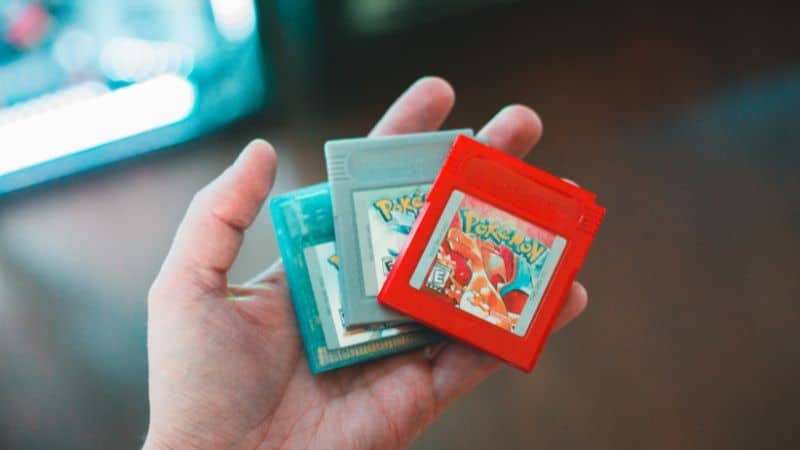 If you’re familiar with Pokémon games, you’re a gamer from the 1990s. So, after more than 20 years, Pokémon games are still desired by many.

Why Are Old Pokémon Games So Expensive?

So, are you excited to know more about old Pokémon games? Then, here are 11 reasons why they are expensive. Read more!

1. Old Pokémon Games Are One Of The Most Popular Games

In the 1990s, it was hard to explain why Pokémon became so famous worldwide.

However, with the advantage of 20 years of history, everyone can see that it was well-known at the time for the same explanations it is now.

That said, Pokémon has made almost $45 billion in sales since its introduction in 1996, including video games, films, and souvenirs.

Of course, its popularity explains why old Pokémon games must have a high market price.

The most notable addition in the turn-based RPG category is usually regarded as Pokémon Red. However, Pokémon Blue and Green, launched in the same year, are easy to find.

Because the game is famously difficult to obtain in the United States, it’s no surprise that it’s the most costly Pokémon game ever sold.

In fact, the Game Boy cartridge was sold for $84,000 on the Heritage Auctions site in November 2020, with an A++ grading from Wata.

Even though decades have passed since the first launch of Pokémon games, they are still in demand by gamers of all ages.

Further, those who grew up together in the Pokémon era are still fond of playing games that have been part of their childhood.

As a result, up until now, old Pokémon gam are still in demand in the market. Despite having a high price, people would still want to buy them.

Each new generation of Pokémon comes in sets, and fans who wish to collect the characters from a specific generation must either possess both editions or deal with someone who does.

Nevertheless, the franchise has maintained its popularity over the years, and the games have retained value.

Furthermore, because versions of older games have been increasingly rare, factory-sealed editions have been known to reach a high price on auction sites.

You can’t just overlook nostalgia as a compelling reason to get Pokémon Red, Gold, Blue, Silver, Yellow, and Crystal; these will bring you to the 1990s and 2000s.

In addition, nostalgia is beneficial to your health since it relaxes you by remembering stress-free places and times. It tests you and brings to mind memories you’d long forgotten about.

Of course, it is typical for people to be sentimental and value memories from so many years ago, increasing the price of old Pokémon games.

The Pokémon series has generated over 380 million copies globally as of March 2021. Therefore, Pokémon is now the second most popular video game franchise, following Mario.

Furthermore, Pokémon Go is the most popular mobile game, with over one billion downloads, showing how large the Pokémon fanbase is.

In addition, the Pokémon video game has sold over 1.3 billion copies in the retail market and official downloads.

The fights continue to be menu-driven paper-rock-scissors conflicts. Each game teaches you that fire defeats grass, grass dominates water, and water defeats fire.

So, it’s a concept that most people are familiar with. As a result, players will feel confident that they can progress from this basic understanding to mastery of the much more complex systems.

Naturally, with this easy battle system, no wonder a lot of people have been addicted to Pokémon games.

The Pokémon games are defined by battling and collecting, and Nintendo hasn’t modified these things in the last 20 years.

Also, Pokémon provides hours of entertainment as you capture increasingly uncommon monsters. You can tick them out of your list as you collect them.

It’s a basic concept, yet no video game has ever accomplished it like the Pokémon series.

On February 27, 1996, the first Pokémon games, Pokémon Green and Red versions were released in Japan for the Nintendo Game Boy device.

Of course, Satoshi Tajiri’s idea is to allow people of all ages to collect, train, and exchange 151 animals and be a Pokémon Champion.

As a result of the rich and exciting history of Pokémon in the past two decades, people are still becoming more interested in Pokémon games, making them even more expensive.

Read More:  Why Is Fortnite So Boring? (11 Reasons Why)

Many arrogant merchants on eBay and other online marketplaces pretend that what they sell is worth far more than they are.

Still, regardless of whether the games are in high demand, they are frequently offered for over ten times their actual value.

So, this is one apparent reason why Pokémon games are expensive.

11. Old Pokémon Games Are Designed For Everyone

While the advertising strategy made Pokémon a sensation, the games, TV series, and cards continue to have a lot of followers today since the series acknowledges humans.

That said, fans can learn and concentrate on intricate databases of expertise by delving into the universe of pocket monsters.

Of course, Pokémon allows a child to immerse themselves entirely in a world of unfathomable thoughts.

So, for many children, this is one of their first opportunities to feel like a real expert on a topic. You must believe in your ability to learn things your parents will not understand.

Old Pokémon games are expensive because even after two decades, they are still sought-after and popular games to many.

Additionally, Pokémon games are collector items and have straightforward systems that kids and even adults can enjoy playing.

Why Are Volvos So Expensive? (9 Reasons Why)

Why Are Motorcycles So Expensive? (11 Reasons Why)