Why Are Deer So Dumb? (9 Reasons Why) 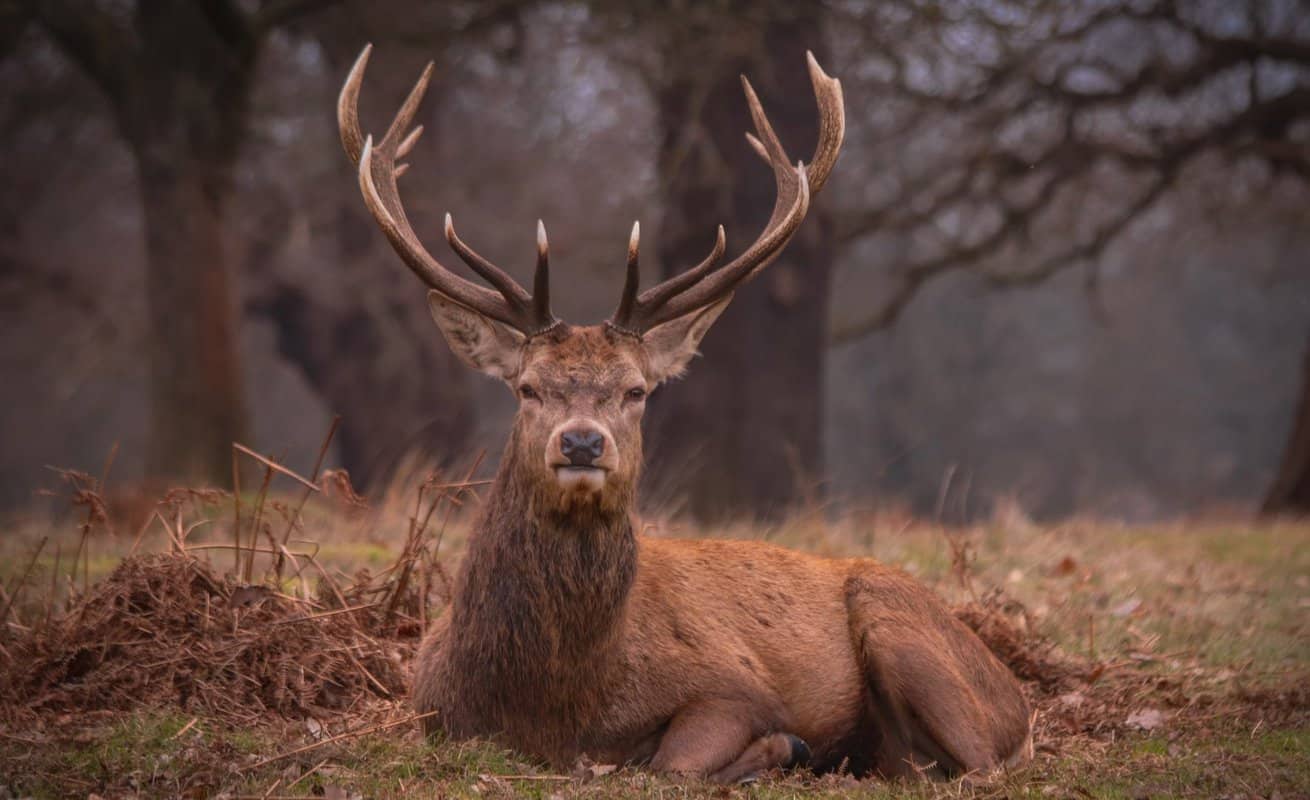 If anyone has ever hit a deer with their car that seemed to jump straight in front of their vehicle, you might be wondering exactly how dumb deer are.

There are several reasons why deer come across as dumb compared to humans or other intelligent animals like dogs and cats. Keep reading to learn about why deer are so dumb.

Why Are Deer So Dumb?

While deer might come across as dumb when they stand in the middle of traffic, this isn’t necessarily lack of intelligence. Deer just don’t understand the context of roads or vehicles.

For thousands of years, deer have evolved to evade predators like wolves, coyotes, hunters, and wild dogs.

Some smarter deer have been observed waiting for breaks in traffic, but many don’t get how it works on a fundamental level.

Deer also have a limited ability to tell how fast a car is going or how close it is to them in the road. This can cause them to be struck by cars when they misjudge how close cars are to them.

2. Deer Get Distracted During Rut

A situation that can make deer act reckless and dumb is when deer go into rut. This is a deer’s mating season where male deers compete with each other for sexual attention from females.

When bucks get excited about sparring and mating during rut, it overrides their survival instincts. This can lead bucks into risky situations they normally wouldn’t engage with outside of rut.

For example, deer that normally bed down during the day will be active during rut. This can lead them to run into trouble that they normally wouldn’t run into if they were hiding normally.

Along with becoming more careless, rut also makes deer more aggressive. While most normal deer would never be dumb enough to attack a human hunter, a buck in rut becomes aggressive.

However, in the history of a deer’s evolution over several thousand years, traffic and human hunters are recent developments.

Many animals can evolve faster than the millions of years humans initially guessed that they could.

Deer have made large leaps to adapt to human encroachment, but they still make mistakes when it comes to dealing with stimuli they haven’t evolved to evade.

4. Deer Are Freeze Or Flight

When it comes to deer survival instinct, deer fall back quickly on two major modes of operation: freezing in place or escaping as quickly as possible.

For problems that aren’t solved by camouflage or flight, deer are woefully underprepared. This makes them seem dumb to people who are able to easily assess dangers that deer can’t.

Freezing in place might save a deer that is trying to hide from a hunter or another predator, but will kill a deer that freezes in response to a car’s headlights. 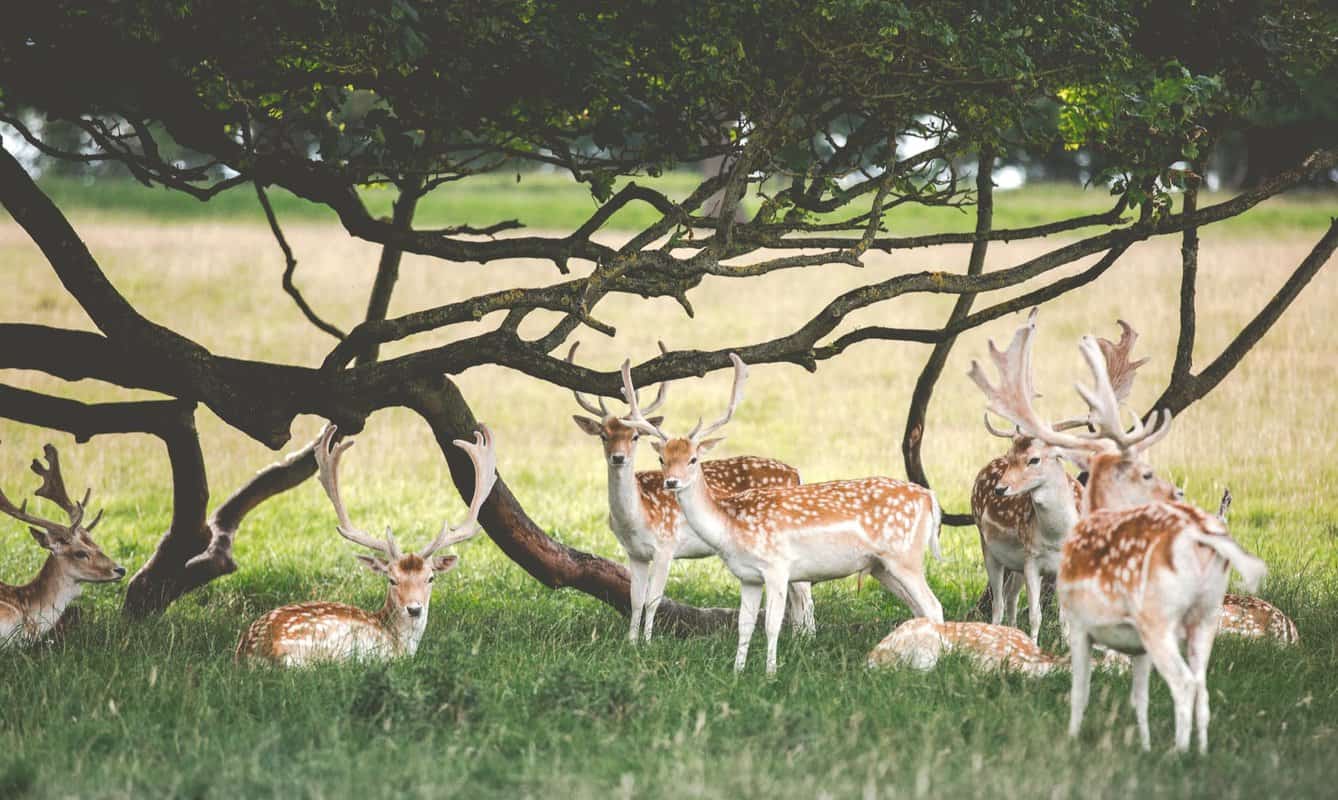 Deer have been shown to have some problem solving abilities, but they are still limited in how they can react to situations with reason.

On an objective level, deer have been shown to have fewer problem solving abilities than domesticated intelligent animals like dogs and cats.

This limited problem solving skill in deer is a direct result of their environment. Since deer don’t have to manage much except find food and escape predators, they are designed for that.

Deer do have some capacity to solve problems. Deer often won’t return to an area where they have encountered hunters or humans before.

The ability of deer to learn long-term lessons from these encounters is limited compared to other animals.

Deer might appear dumb when they stand directly in the headlights of an oncoming car without moving, but this doesn’t actually reflect on their intelligence.

The few seconds it takes deer to realize that the bright lights are an incoming car are long enough for many deer to be struck. This isn’t lack of intelligence, but sensory confusion.

A big problem that deer have with being spotlighted in bright light is that they have evolved strong night vision to fend off predators in the dark.

This heightened vision makes them extra vulnerable to being blinded by bright lights at ight.

Deer aren’t as dumb as many people believe they are based on videos of them breaking through bay windows or jumping straight into oncoming traffic.

Rather than putting cognitive energy into learning how to solve problems, deer use their intelligence to pursue their two most important goals: food and safety.

Deer don’t have a lot of intelligence dedicated to higher or abstract thinking, but that doesn’t mean they’re dumb. Instead, deer are geared towards processing sensory input.

Read More:  Why Do Crows Follow Me? (7 Reasons Why)

Deer have much stronger senses of smell, hearing, and sight than people do. Their sense of smell is equivalent to a dog’s.

Deer can hear higher frequency sounds than humans and can see as well at 100 feet as humans can see at 20 feet.

These sensory capabilities leave them in a better position to protect themselves in the wild than higher problem solving skills would.

Since many of the problems deer face on a day-to-day basis are simple, simple thinking and sharp senses are the solution to many of the trials they face in survival.

To learn more, you can also read our posts on why there are so many spiders in Australia, why photographers can’t touch animals, and why alligators roll.

9. Deer Are Built To Adapt

Even though deer are considered dumb by many people, the ability of deer to adapt to their environments should not be underestimated.

Deer have adapted to many different settings. These include deserts with little access to food and water as well as urban environments where they have to compete with humans.

Deer may have some habits that make them seem dumb to human observers, but there’s no denying that they’ve evolved over thousands of years to live and thrive in varied environments.

Why Does My Husband Seek Female Attention? (11 Reasons Why)

Why Is Singing So Hard? (11 Reasons Why)