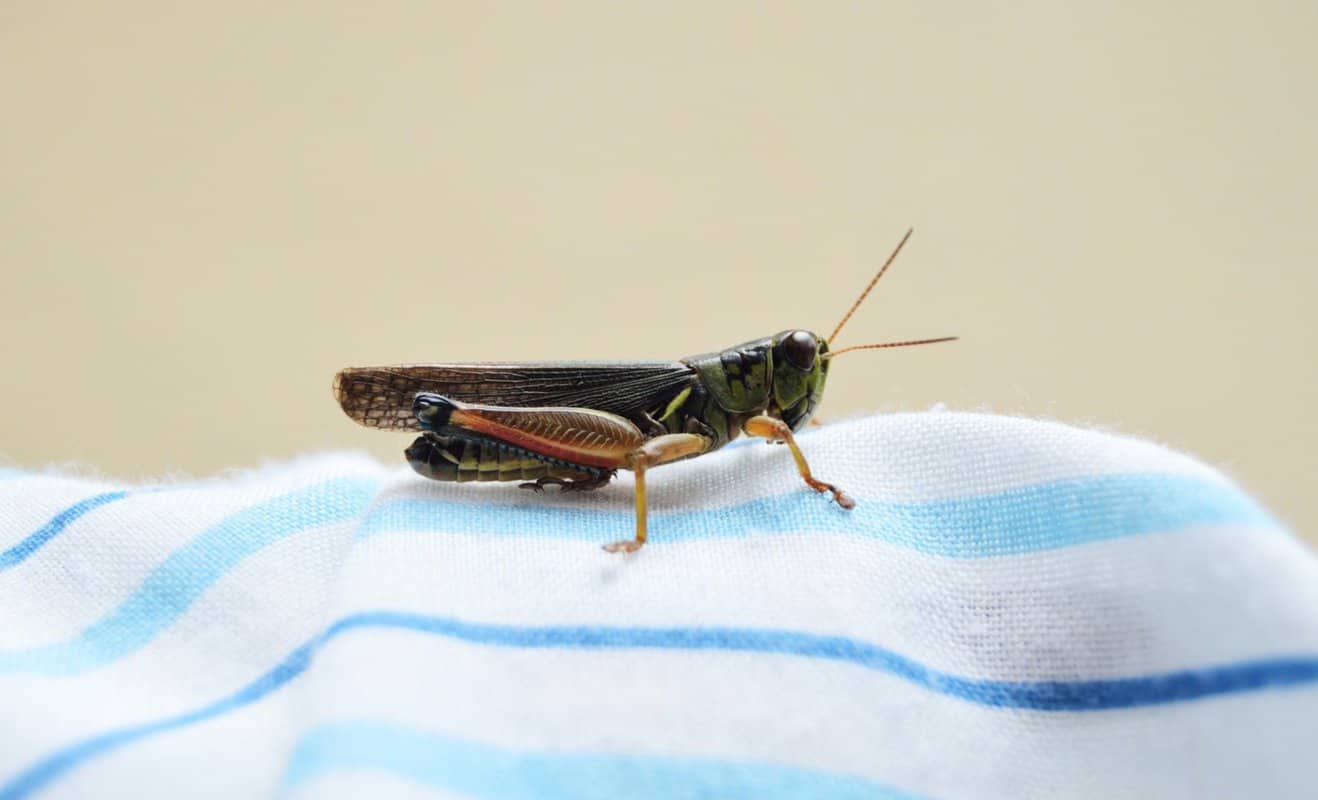 It’s a summer night, but there’s no silence with the loud and incessant chirp of crickets. This can be enough to drive you crazy.

Is there a reason crickets make loud chirping sounds? When are crickets the loudest? We will explore seven reasons why crickets are so loud in this post.

Why Are Crickets So Loud?

1. Crickets Attract Mates By Being Loud

Stridulation, or the loud chirping you hear from crickets, produces noise to attract mates. Male crickets with the loudest calls are more likely to draw female cricket to search for him.

Interestingly, female crickets are more likely to be drawn to synthetic cricket noise than to that of an actual male cricket. This hormonal response is called phonotaxis.

Song variations will call a female that is far away, or close to the male cricket. Crickets also sing after mating. Male crickets have a song to warn other male crickets out of their territory.

Crickets are more often heard at night. Depending on how close you are to the crickets their songs can seem very loud.

Crickets sing at night because they are nocturnal creatures. Like other nocturnal animals, the cricket is awake during the night.

If there is a cricket in your house, it may seem the cricket only starts chirping when you are just about to fall asleep.

This nocturnal male cricket senses the variation in light and darkness. Therefore, some crickets are heard during the day, as they have found a dark and quiet place to sing.

3. Crickets Are Affected By Temperature

As the temperature rises, the sounds of crickets become louder. Their songs are becoming quicker and more energetic.

On warm summer nights, the crickets seem louder than usual. This noise is not your imagination.

Crickets do produce more noise when the temperatures are warmer. Cricket sounds are directly affected by the temperature because of a chemical reaction in their bodies.

This chemical reaction causes muscle contractions. The hotter it is, the quicker the crickets’ muscles contract.

Crickets are so in tune with the temperature it is possible to determine how warm it is by listening to them.

To find the temperature in Fahrenheit, use a timer to count how many chirps you hear in fourteen seconds. Then add forty to this number.

This formula known as Dolbear’s Law was created in the late 1800s.

4. Crickets Sound Loud When It Is Humid 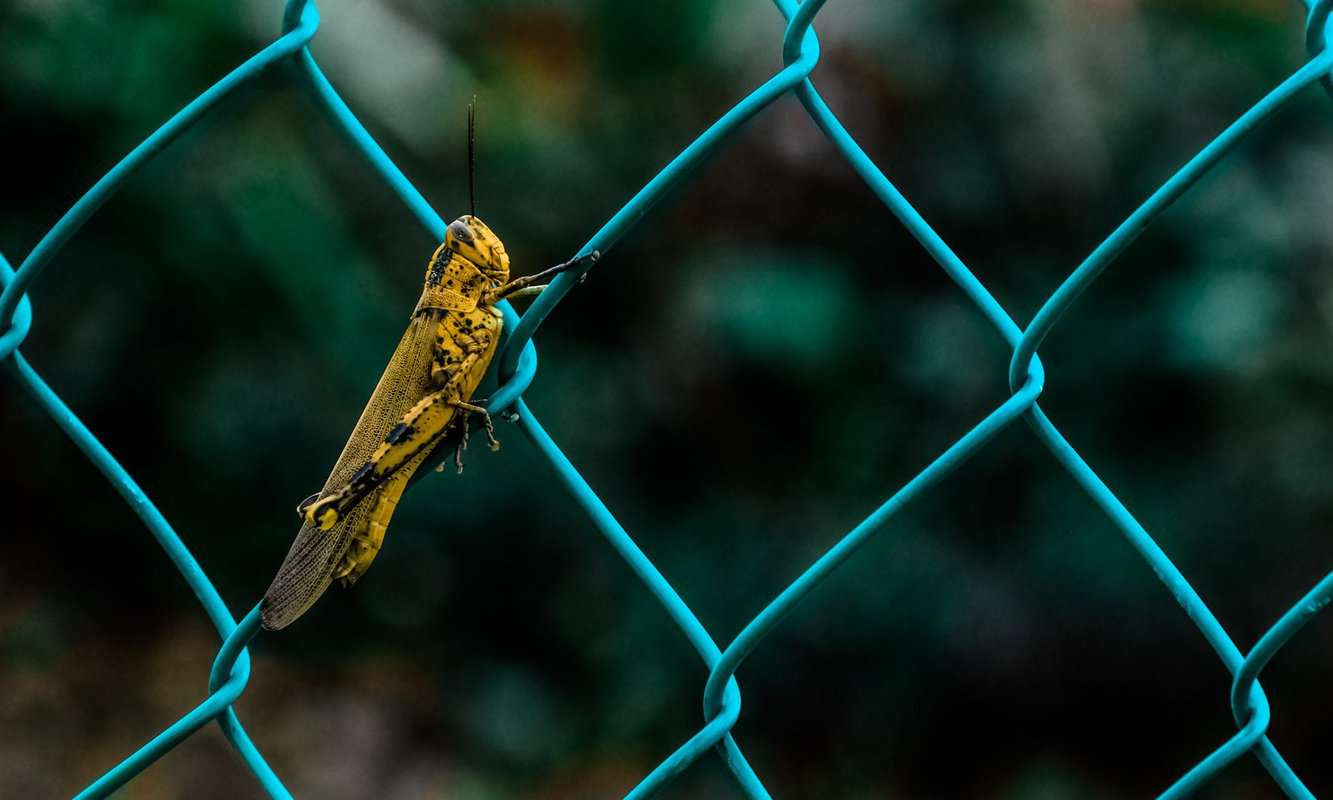 Crickets may seem louder in areas with higher moisture content. Crickets in arid desert areas there will be more cricket sounds where there is some sort of moisture available.

Crickets are not necessarily noisier in the humidity. However, they do like to be in areas that are sheltered and a little damp.

Female rickets will often lay their eggs in damp and humid areas immediately after breeding. Cricket eggs must have humidity and darkness to grow the offspring.

Therefore it makes sense to hear the male cricket’s mating call from areas that are more humid or damp.

Once the crickets mate and lay their eggs they will have completed their lifecycle.

5. Crickets Are Loud In The Fall

Crickets can be louder during the fall than during other seasons. This is due to the crickets’ age.

Since crickets emerge from the soil in the spring as nymphs they are still growing and developing.

As the seasons change the crickets continue to grow. This means their chirps change as well, often becoming louder.

When summer turns to fall most varieties of crickets have grown through adulthood and nearing the end of their lifespan.

They become louder in the fall because they are desperately trying to attract a mate before they die. This is especially true in climates that experience cold temperatures.

If they do not mate while the temperatures are still warm, they will not have any offspring.

6. Some Crickets Chirp Loud In The Spring

Crickets who are chirping loud in the spring are attempting to evade the fall predator called the Ormia fly.

This fly finds the cricket by listening to its song, then lays its eggs on the cricket. Ormia flies are active in the fall.

Some crickets in Florida have started mating in the spring to avoid the rima fly, while other crickets in Hawaii have stopped singing altogether.

7. Crickets Are Loud And Sensitive

Crickets are notorious for their loud chirping and then going silent when approached. They can sense when you move toward them.

Have you noticed that when you begin looking for that obnoxiously loud cricket it will stop chirping? This is because it senses you through vibrations it pics up from your movements.

No matter how silently you attempt to move the cricket will feel the vibration through their tympanal organs which vibrate with even the slightest frequency changes around them.

It is possible to sneak up on the cricket if you are patient because the cricket will become used to your vibrations and eventually give its location away.

To learn more, you can also read our posts on why there are so many spiders in Australia, why alligators roll, and why birds poop on cars.

When it comes to why crickets make noise it all has to do with finding a mate. We notice the crickets chirping more at certain times of day and different times of the year.

Because crickets are so loud they are often considered a nuisance pest by most people. Other people find the crickets song soothing and relaxing.

Why Do Old People Talk So Much? (11 Reasons Why)