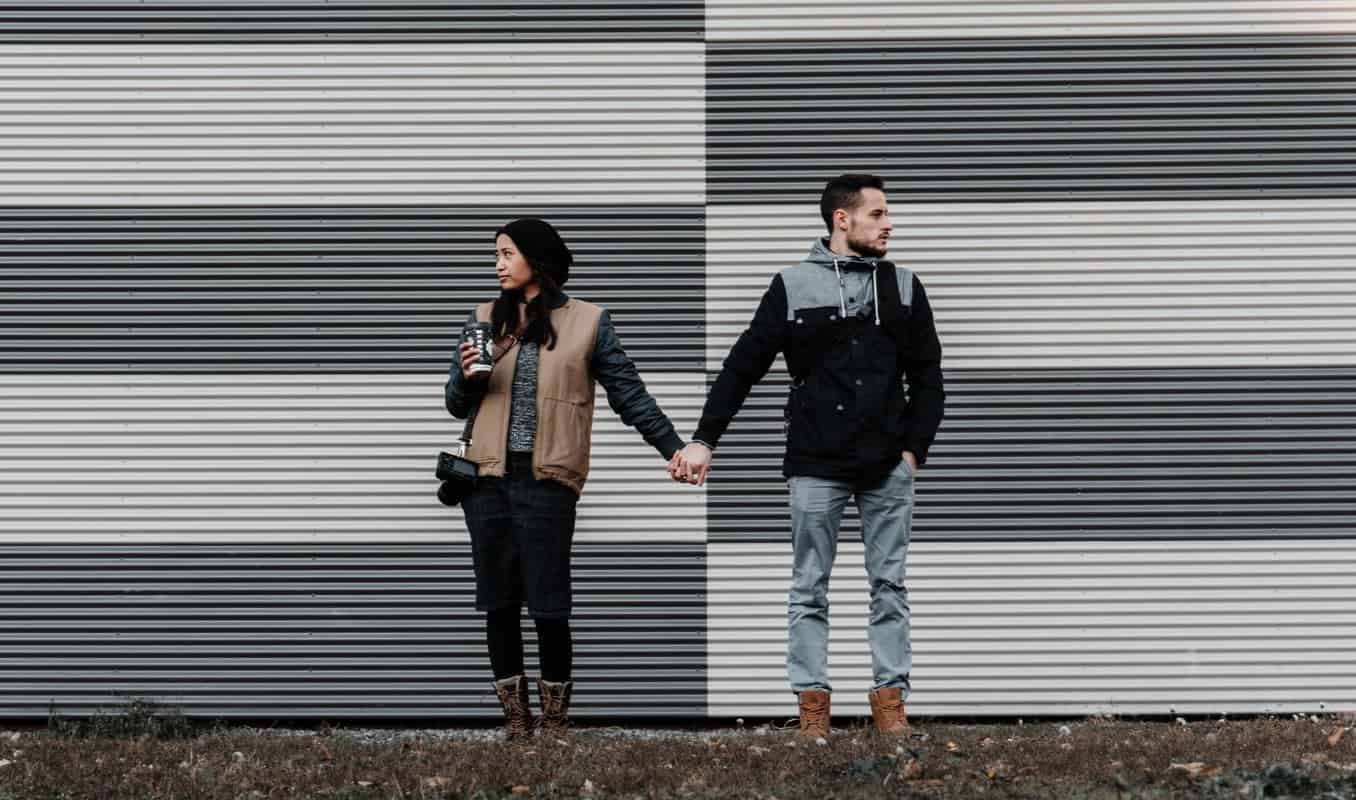 Been together for ten years and marriage doesn’t seem to be on his list? Believe it or not, you’re not alone. Men of different ages and backgrounds are mostly reluctant to get married.

So the question is: why won’t he marry me after 10 years? This article gives you nine reasons so that you may be able to save the day if there’s hope.

Why Won’t He Marry Me After 10 Years?

A lot of men choose not to marry just to be like other men in their circles. If your boyfriend has an older brother or a friend who’s a sworn bachelor, he’s less likely to think of marriage.

Men prefer to follow the pack and may remain as lone wolves for long simply because of peer pressure. If your man’s friends reach this age and are still single, chances are he’ll be too.

2. Why Buy the Cow When The Milk Is Free?

Some women give their partners all they aspire for in a wife. In such a case, why would he go through the hassle of committing?

Without the commitment and responsibility of a husband, your boyfriend shouldn’t get the benefits of a wife. Don’t give him everything easily.

You shouldn’t perform all the tasks as a wife and expect your boyfriend to want to work hard on the relationship.

Stop doing your partner’s laundry, scheduling his appointments, or cleaning his apartment. Sit back and enjoy the girlfriend status.

He must believe that marriage will add something new and exciting to his life. Remember, marriage is a huge step, so make it attractive.

Even though you’ve been together for ten years, he may not be of marriageable age yet. This age of commitment varies from man to man.

Education plays a pivotal role in that matter. For instance, high school graduates are likely to be ready by the age of 24, whereas graduate students may take up to ten years longer.

However, once men reach 35, their readiness to commit begins to decline. Men are unlikely to marry after the age of 40 or 50.

Socioeconomic reasons can be an essential factor when considering why your man isn’t willing to commit.

When men start making good money, they can afford to buy their own homes or start their own businesses. As a result, they become unwilling to give up their independence.

On the other hand, the opposite is true. If he’s still unstable in his job and doesn’t have a steady income to support a wife, he’ll most likely be reluctant to take one.

In both cases, men would prefer to date rather than commit to a long-term relationship. Men value independence, whether they have money or not.

5. He Doesn’t Believe In Marriage 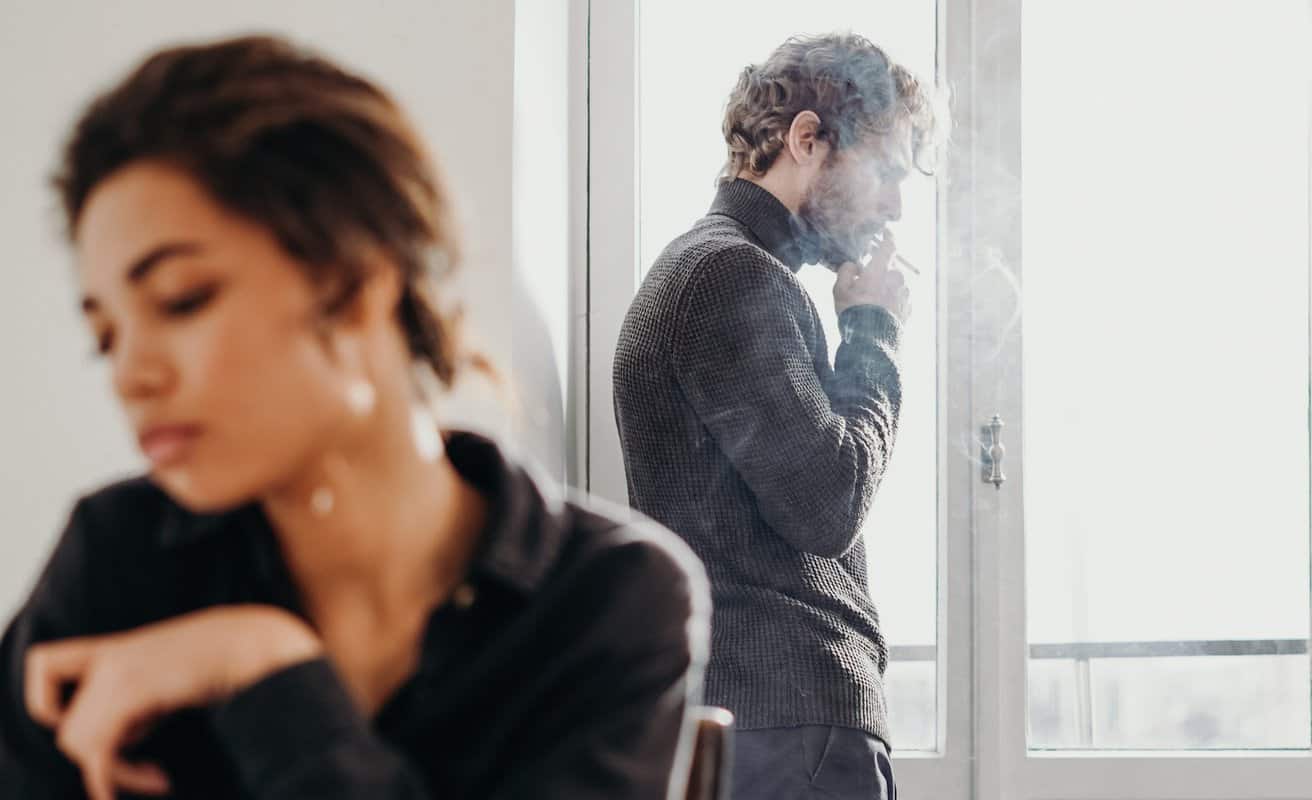 A lot of guys don’t believe in marriage for a whole host of reasons. For some, it’s the feeling that marriage is a archaic institution that has no place in modern society.

Others may not believe in the concept of ’til death do us part’, preferring to live in the moment and enjoy life without the commitment of a lifetime partnership.

And then there are those who simply don’t want to deal with the hassle and expense of a wedding. Whatever the case may be, there are plenty of men out there who are content to stay single and see no need to tie the knot.

We live in the age of social media. Most people post exaggerated versions of their lives that entice others into wanting more. This has led many women to raise their ceiling of expectations.

You expect a grand proposal, an elevated lifestyle, or plenty of kids right away. This can all scare your man.

Men don’t like to be overwhelmed, so they may avoid the situation altogether. If you believe that this is the case, you should let him know that you only expect the expected.

Some men tend to always compare what they have with that of others. They may compare their partners to other women or their relationship to that of another couple.

This all translates into a toxic dead-end relationship. If he doesn’t appreciate you after all these years, it’s quite unlikely that he’ll ever do.

After ten years, you’d know if this is how your man thinks. Don’t be surprised, but take a moment to think about your future.

A bad history of marriage can be what stops your guy from popping the question. He may even have no faith in the institution of marriage.

If he, his parents, or someone in his close circle went through a nasty divorce, he’s likely to be intimidated by marriage.

This doesn’t mean that a man who’s gone through a divorce, whether as a child (with his parents) or as an adult, isn’t marriage material.

It’s just an explanation for why he might be reluctant to repeat the experience even with different players.

We’re all naturally reluctant to leave our comfort zone. If you’ve been together for ten whole years, it means that you’ve created a zone of comfort that’s hard to change.

In this respect, men and women have different priorities. Women are more willing than men to leave their comfort zones for marriage.

To get out of this problem, you need to sit and talk with your partner. You should make your intentions clear and communicate to him that you want marriage.

Some men need a nudge to realize that they want more than what they already have. Therefore, taking the lead this once may not be such a bad idea.

To learn more, you can also read our posts on why he won’t marry you after 5 years, why a married man would join a dating site, and why you attract guys with low self-esteem.

To Wrap It Up

Because men and women have different priorities, women tend to think of and expect marriage. Therefore, you can find some women still asking, “why won’t he marry me after 10 years?”

There are many reasons some men are reluctant to marry, including age, lack of love, and money. These insecurities by having an open heart conversation to reconsider the relationship.

Why Do People Hate BTS? (11 Reasons Why)