Why Is This World So Messed Up? (15 Reasons Why) 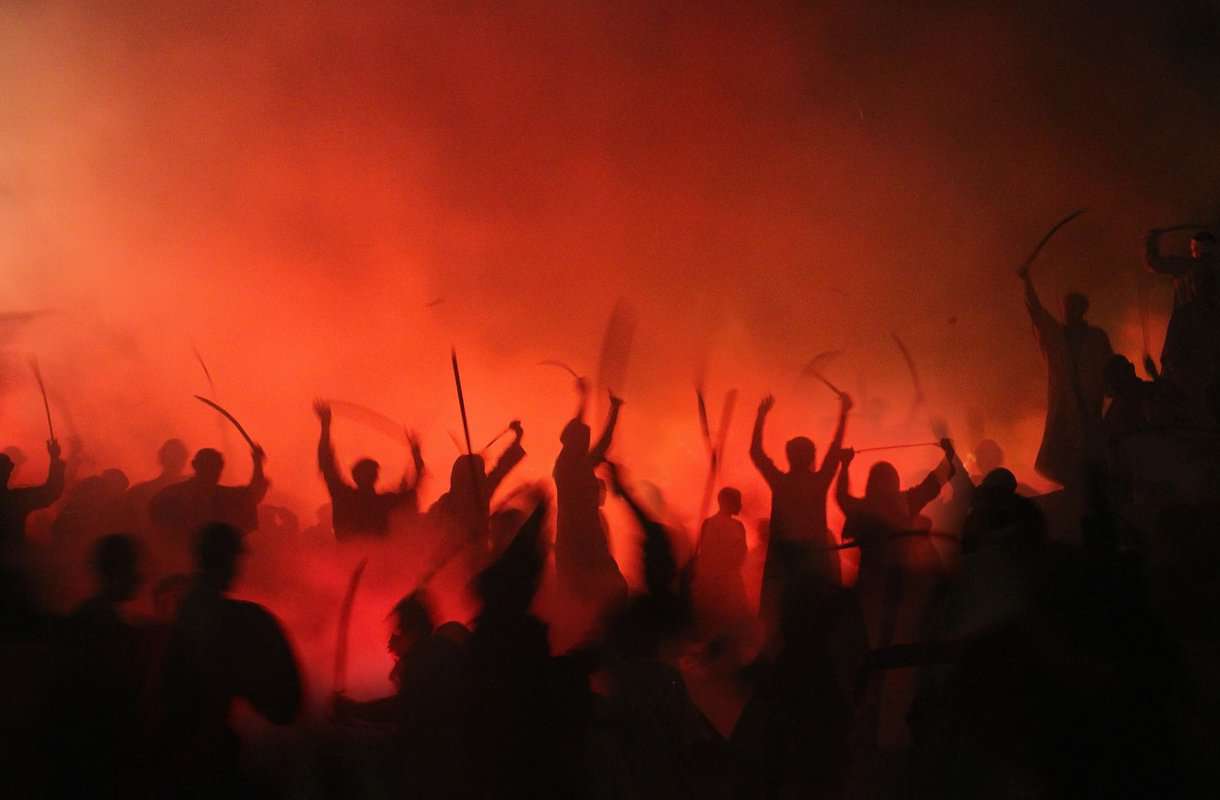 The world is a crazy place, even more so now. There is so much going on that it is hard to keep up with it. It can be quite disheartening too. So why is the world messed up?

Why Is This World So Messed Up?

War has been around since civilizations have been around. War can cause the world to become quite a mess, and it seems like so many countries are at war.

In the last 3,000 years or so, there have only been 268 days where a war was not happening! That’s not even a year. No, wonder the world is so messed up.

Today, there are many wars going on, and it is hard to get away from it. Whether it is an actual war or a metaphorical war, the world is riddled with it.

Inflation has been occurring for the last several decades. Your dollar is no longer worth as much as it used to be and this messes up the world.

When this happens, people cannot buy everything they used to. It also makes those in poverty struggle to make ends meet, and with wages remaining the same, it just makes things worst.

People can no longer buy the foods that are better for them, but the food they can afford to live off of. This means finding foods that aren’t good for their health or with less nutritional value.

Economic insecurity causes many people anxiety and fear. It is not good for people’s health both physical and mental.

Economic insecurity also can skew the perspective of those affected by this, those within poverty. They lose hope and distrust in the world and the systems in place.

The world is so messed up because of technology provides a revolving door of bad news. It reveals a lot more information than even twenty years ago.

It has become easier to be well informed, so the world seems more messed up. You get instant access to every horrible news that is out there.

When you are exposed to bad news, it can cause emotions of hopelessness and powerlessness. It increases your anxiety and may add to the degradation of mental health.

News and social media can also make any mental illnesses you have worse. This is because you are thrown with so many different things; your emotions can be all over the place.

Today, you will find many groups of people going against another group of people. Whether it is racism, homophobia, religion, or other forms of prejudice, it is a lack of acceptance.

When another group of people tries to control those who are different, you see a decrease in mental health and more clashing. This is can cause crime, hate, and oppression.

Climate change has made the world even more messed up than before. With it causing severe storms and disasters, there have been more and more people affected by these events.

There have been record hurricanes, tornadoes, and other natural disasters that have been the worst society has ever seen. These events have caused long-lasting damage and displaced many people.

Climate change doesn’t only affect society momentarily with the storms but can cause problems to the supply chain and food production.

Droughts and increased temperatures damage crops, orchards, cattle, and other animals, reducing food production and increasing prices. This can be detrimental to society.

Natural disasters and increased temperatures can make it harder to deliver products within the supply chain. For example, trucks cannot deliver shipments if there is a blizzard.

Extremists’ beliefs are not only dangerous but often result in war. One group of people believe their way is the only way and try to persuade others through fear and hatred.

These beliefs are often uneducated and misguided, as well as volatile, and only validate

those filled with hatred. It causes a lot of issues, death, and harm to the world.

Extremists often recruit young, impressionable minds. They try to sell that they are a family and will accept them no matter what, which endangers the younger generations. Creating a future generation of either more extremists or more traumatized victims.

8. Anonymity Means Getting Away With Bullying 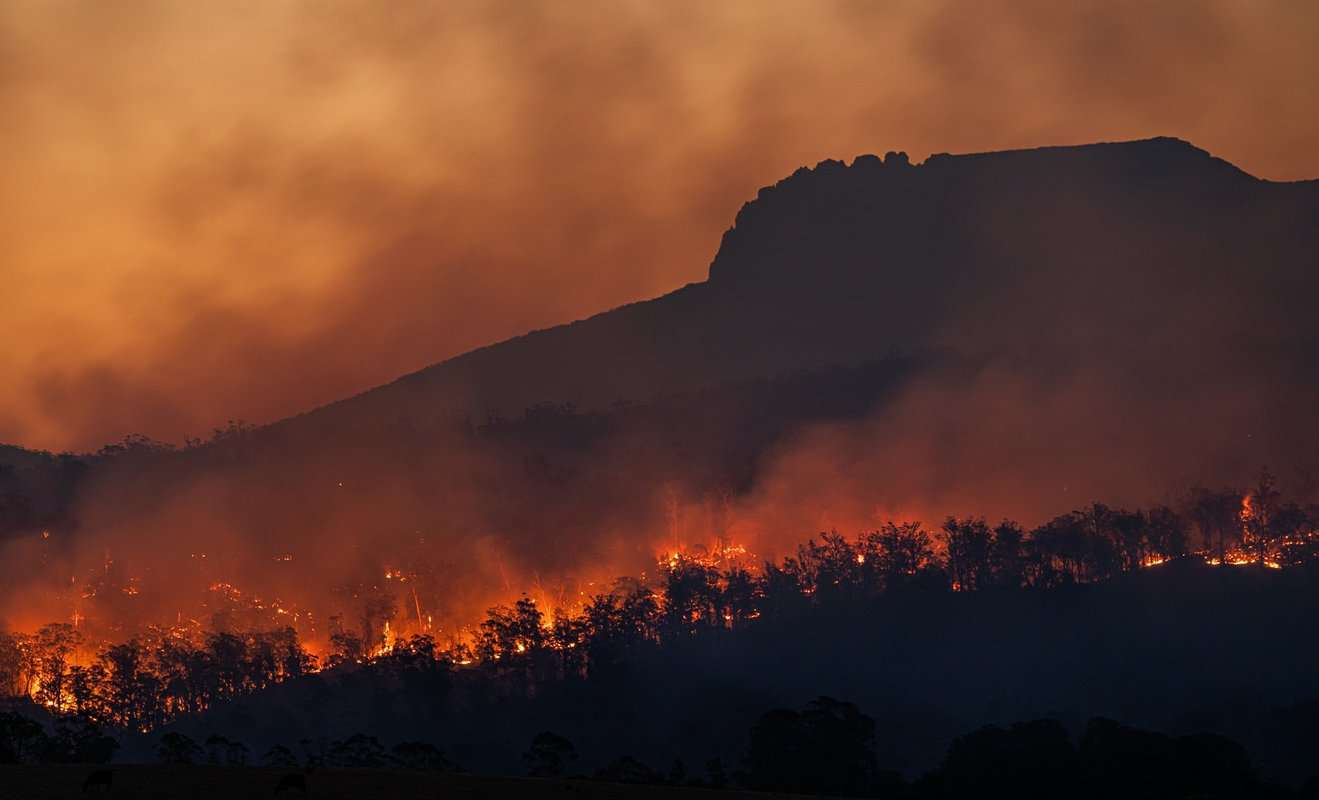 The internet has helped many people get connected, but it has also made it much easier to be anonymous. Trolls and cyber-bullies use that anonymity to harmfully hurt others.

You can block some of the content with new technology, but bullies find a way. This exposure has even caused mental and emotional trauma.

Although this is prevalent no matter the age, there has been an increase in teenagers being bullied on the internet. People hiding behind a screen can say whatever they want because they are anonymous.

Corporations have become greedier and greedier over the years. They have used their money to help them gain profits and not paying fair wages.

They have even gone as far as getting a reduction in restrictions and policies to save money. This affects the world on a large scale:

This is only the tip of the iceberg of how corporate greed affects the world. Corporate greed has been ingrained in today’s society because of their freedoms in a capitalistic society.

Fear has been many causes of terrible things that make the world a worse place. It can cause even the most rational person to do the most horrendous thing.

When fear drives humans, it causes them to lash out in hopes of protecting and saving themselves. This means they will commit atrocities that were never even thought of, including crazy crimes.

Fear drives many things that hurt the world. This includes the following:

When someone is afraid, they do not respond or make choices within reason. Fear actually causes something like “brain fog” because parts of the brain shut down to ensure you are safe.

Although fear does keep you safe, sometimes it can cause unreasonable choices that make the world a worse place. For example, destroying a culture and genocide, or taking freedoms from groups of people.

When you don’t have access to basic needs, it reduces your quality of living. This is why half the population inherently lives in a messed-up world.

Lack of education and ignorance causes many problems in today’s world. These problems just add to the world being a mess. It even affects the level of crime.

It has been proven that students who remain in school and work on their education are less likely to be arrested. Those that aren’t participating in school have a 6% increased chance of being arrested.

When you look at correlations between imprisonment and education, there is strong evidence that a lack of education can indicate the risk of someone going to prison.

Many of the states within the United States who have a poor education system also have the highest incarceration rates.

With all the exposure to how the world is messed up, it seems that apathy has begun to overcome many people. Facing everything bad everywhere is detrimental to your emotional health.

Apathy has become a response to help protect your emotional and mental health, but it has also distanced people from certain realities that need to be faced. When there lack of compassion, the world becomes a darker place.

Xenophobia can be found all over the world and is the root of many crimes and discriminatory practices that continue to this day. People fear others who aren’t like them.

When you combine this fear with other factors, people will lash out and cause harm to others whether it is physical, emotional, or mental. It can cause a lot of damage.

Xenophobia is closely related to the occurrence of hate crimes. This makes the world a dangerous place for those who are labeled “different” within a society.

Although society has improved on how they tackle mental health, the lack of compassion has caused many problems around the world. Ignoring how mental health affects society negatively.

When mental health is ignored, people become misunderstood and can not only cause mistreatment of that person but death.

To learn more, you can also read our posts on why humans are so weak, why politics is important, and why communism is good in theory.

There really isn’t one reason the world is so messed up. A collaboration of factors contributes to the environment being this way.

All the little things (apathy, fear, inflation) and many of the big things (war, corporate greed, climate change, etc.) have run a muck of the world we know today.

Why Is Southwest So Expensive? (9 Reasons Why)