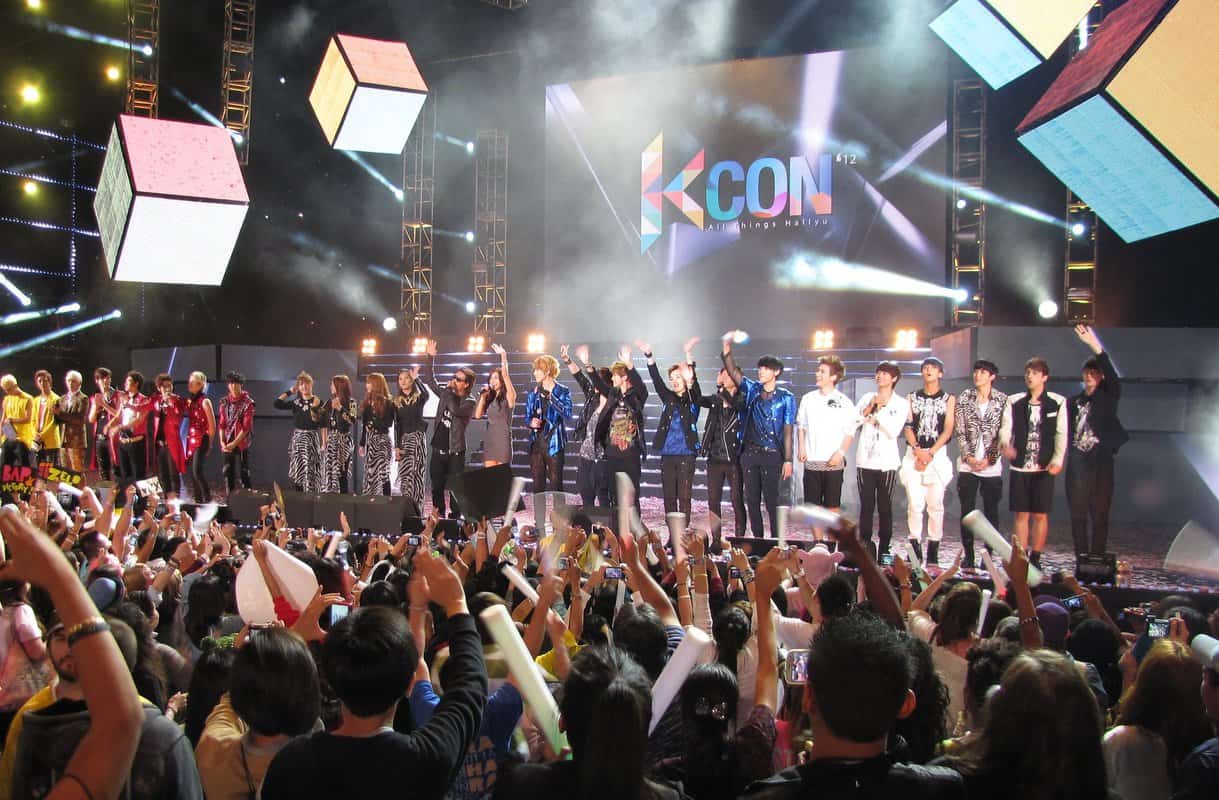 K-Pop has been taking the world by storm in recent years—and it’s not hard to see why.

From the catchy tunes to the intricate choreography, there’s a lot to love about K-Pop. Here are just a few of the reasons why this Korean phenomenon is so popular.

Why Is K-Pop So Popular?

The music is incredibly catchy if there’s one thing about K-Pop that’s universally agreed. Whether you love or hate it, there’s no denying that those hooks will get stuck in your head for days.

Some may see that as a bad thing; others see it as one of the main reasons for K-Pop’s popularity.

In addition to being catchy, K-Pop songs are often very danceable, making the music even catchier.

Many of the groups choreograph their own dances, and they’re always super fun to watch. Even if you can’t understand the lyrics, you can still enjoy the music and the dance moves.

Due to its catchiness, there’s little doubt that K-Pop will continue to be popular worldwide. So if you’re not a fan yet, you might want to give it a chance. Who knows, you might just become a fan of this Korean phenomenon.

The music is catchy and often features a mix of genres. And the fashion is always on point.

But there’s more to K-Pop than just good looks and great music. The industry is built on a foundation of marketing genius, social media savvy, and unrelenting hard work.

K-Pop idols are marketed as wholesome and squeaky clean, which resonates with fans worldwide looking for something to believe in. And they’re not afraid to experiment with their image, whether it’s by dressing in outrageous costumes or trying out new hairstyles.

They also know how to work a room—or a stage—and perform with infectious energy.

But most importantly, K-Pop idols are always working. They’re constantly releasing new music, going on tours, and appearing on TV shows. This unrelenting work ethic has propelled K-Pop to the top of the global music scene.

K-Pop idols always look like they just stepped out of a fashion magazine. They always look flawless, from perfectly styled hair to designer clothes. And their fans try to copy their style, which makes the trend even more popular.

Trends are commonplace in the K-Pop world. Idols are always starting new trends, whether a unique fashion style or a dance move and their fans are always eager to follow along.

Korean pop music is often referred to as “idol music” because of how performers are marketed. Korean idols are groomed to look like they’re always perfect, and they have great style, and they never seem to age.

This level of perfection is something that fans aspire to, and it’s part of why K-Pop is so popular. The performers look like they’re living a life that most people can only dream of.

K-Pop is popular because the music videos are super polished and produced. The choreography is always on point, and the fashion is always on trend. Plus, the production values are through the roof—it’s not unusual for a K-Pop video to have a budget of up to $150,000.

This level of production value ensures that K-Pop videos are always visually stunning and incredibly catchy. It’s no wonder that they’ve earned a reputation for being addictive.

It shows in the numbers: K-Pop videos rack up billions of views on YouTube, with some groups amassing millions of subscribers. It’s safe to say that the genre has a global reach. 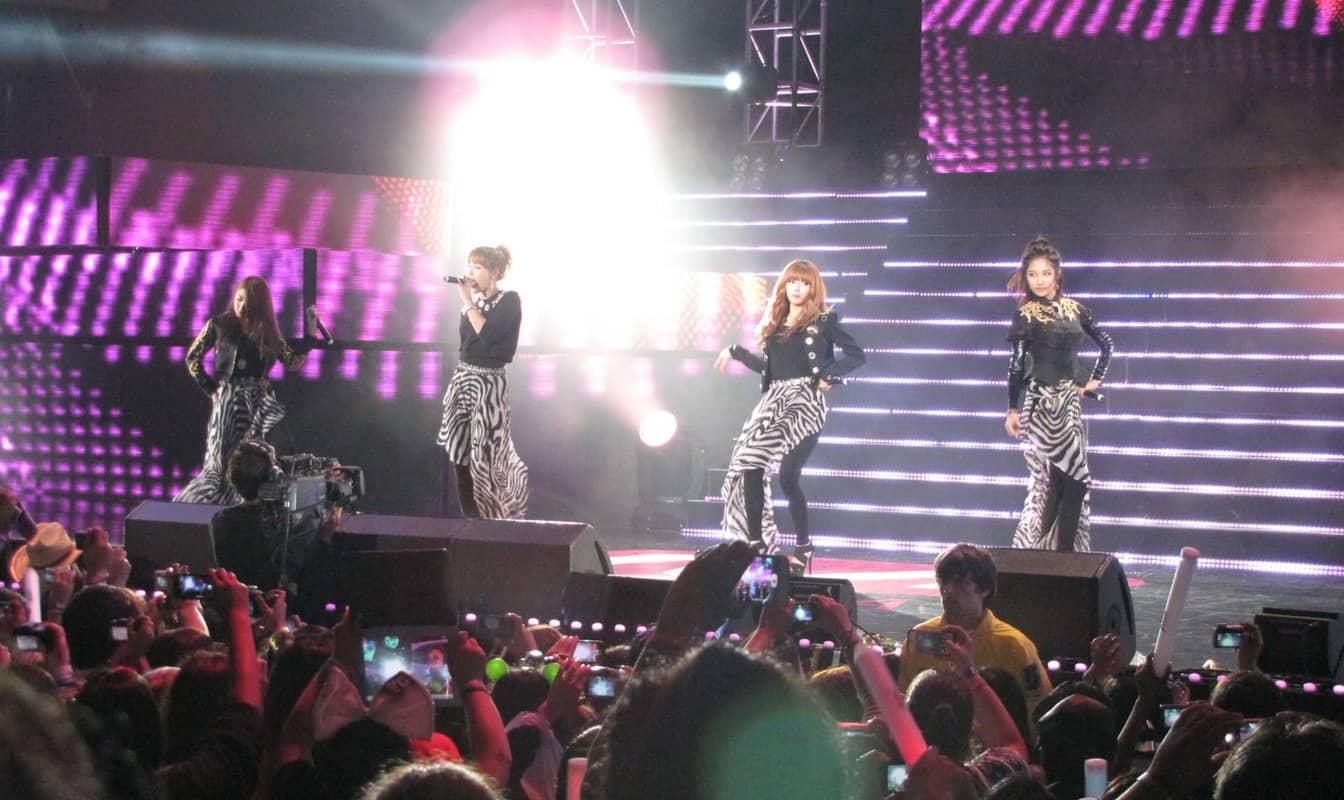 This is one of the things that makes K-Pop so special. Fandom culture is unique and allows fans to connect in a way that’s not possible with other genres of music.

K-Pop fans are also incredibly passionate about their idols. They show their support by buying albums, attending concerts, and participating in fan meetings.

And it’s this passion that has helped K-Pop become one of the world’s most popular genres of music.

They also have signature dance moves that fans can learn and perform along to, which makes concerts even more enjoyable.

Of course, the music is catchy and incredibly well-produced. The visuals are also on point, with sleek choreography and colorful costumes.

It’s no wonder K-Pop is taking the world by storm—it’s simply irresistible!

The performers are always well-rehearsed, and the music is catchy. It’s no wonder that K-Pop has become so popular around the world!

But there’s more to K-Pop than just the music. The fashion, dance, and overall aesthetic of K-Pop are also very appealing to many people. The performers often wear colorful and eye-catching outfits, and the dance routines are always impressive.

All of these things factor into K-Pop concerts being such a fantastic experience. If you’re looking for a fun and exciting show to attend, K-Pop is definitely the way to go!

The lyrics are often based on themes of hope, love, and perseverance. These messages can be very inspiring to listeners, who may feel like they can relate to the struggles and triumphs conveyed in the music.

Additionally, K-Pop is known for its catchy tunes and upbeat rhythms. The music is often highly danceable, which makes it fun and enjoyable to listen to.

The visuals associated with K-Pop—from the colorful hair and makeup to the flashy clothing and intricate choreography—also contribute to its overall appeal.

In a world that can sometimes be quite negative, K-Pop provides a welcome respite. It’s no wonder that the genre has become so popular all over the globe!

K-Pop represents modern Korean culture and it is this aspect that makes it so popular, not just in Korea but all over the world.

Moreover, K-Pop is a highly manufactured industry where groups are carefully created by entertainment companies.

This involves selecting young people with the right look and personality, providing them with singing and dancing lessons, and then debuting them as part of a group.

The members of a K-Pop group generally have very little creative input into their music or image. This might sound like a formula for producing bland, cookie-cutter music.

But the truth is that it often results in catchy, polished pop that is perfect for dancing and singing along to. The focus on image and style also means that K-Pop groups often have very fashionable and stylish members.

Few people can argue that K-Pop isn’t fun. The music is catchy, the dance moves are often intricate and impressive, and the fashion is always on-trend.

But there’s more to the popularity of K-Pop than just its entertainment value—there’s also a sense of community and connection that fans feel with one another and with their favorite idols.

All of these things equal a whole lot of fun! And that’s why K-Pop is so popular.

To learn more, you can also read our posts on why Blackpink is so popular, why people hate K-pop and why Izone disbanded.

If you’ve yet to experience the phenomenon that is K-Pop, then what are you waiting for? Go check out some of the hottest acts around—you’re sure to be hooked in no time.