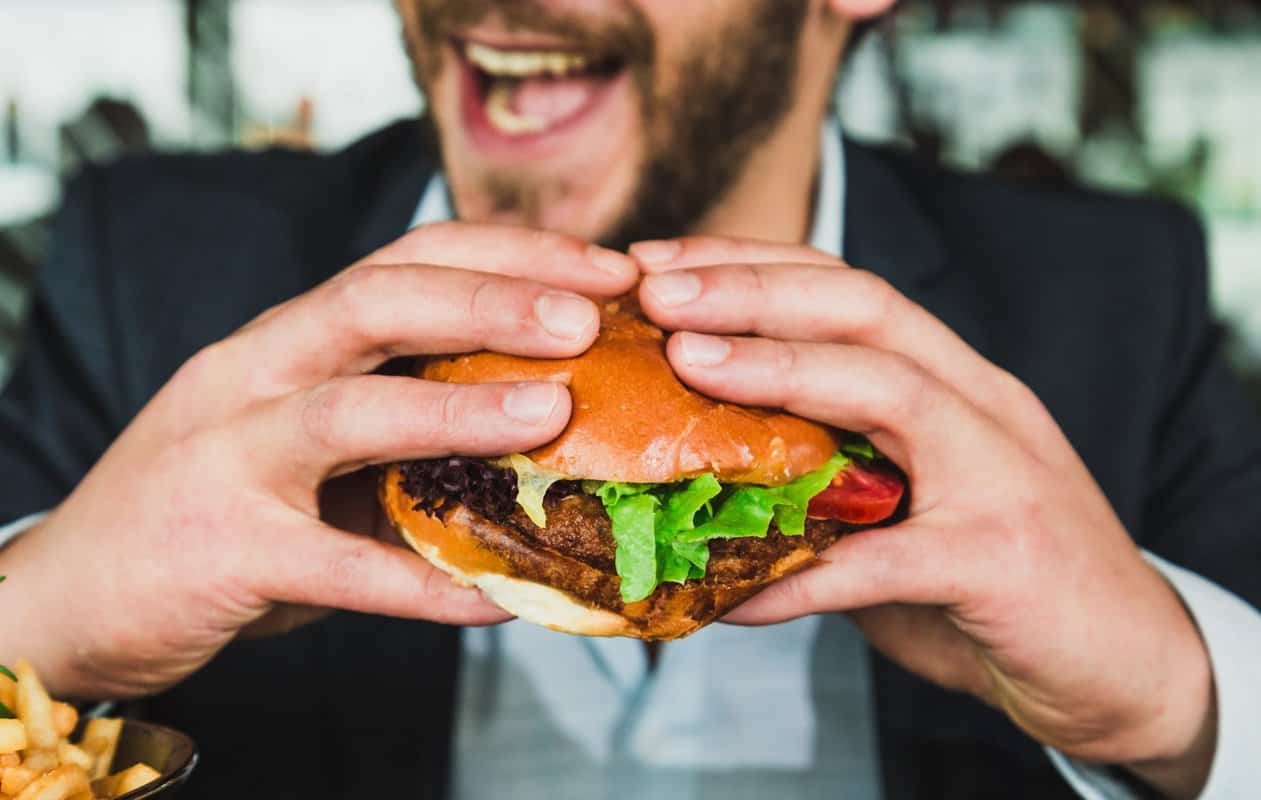 There are many ways to eat food and plenty of table manners. You have to keep your elbows off the table, fold your napkin, and chew with your mouth closed.

Why Is It Rude To Eat With Your Mouth Open?

Eating with your mouth open is gross. Everyone has to see chewed food inside the mouth, which is enough to destroy the appetite for a meal in seconds.

No matter how delicious the meal is, it won’t look the same chewed in a mouth. It’s impolite to eat with your mouth open because you destroy the atmosphere of the meal.

If you must chew with your mouth open, at least cover your mouth with a napkin. People should not have to look at your meal remnants as they chew.

It’s not quiet to chew with your mouth open. People can hear the food squishing between your teeth, crunching as your body prepares to digest the meal.

Closing your mouth muffles the noise. Crunches stick to the realm of your mouth, and people are less likely to hear squishes as you chew through every bite.

It’s rude to chew with your mouth open because the attention shifts from talking to your noises. They aren’t pleasant noises, and nobody wants to hear them.

There are few rules as critical in etiquette as chewing with your mouth closed. Parents instill it in their children from a young age to take into the rest of life.

Some kids don’t learn these rules when they’re younger, and that’s okay. However, as an adult, it’s vital to pick up on etiquette that the world around you uses.

Eating with your mouth open is on the same level as having elbows on the table. It’s not the end of the world, but you shouldn’t do it if you can help it.

4. It Distracts From Conversation 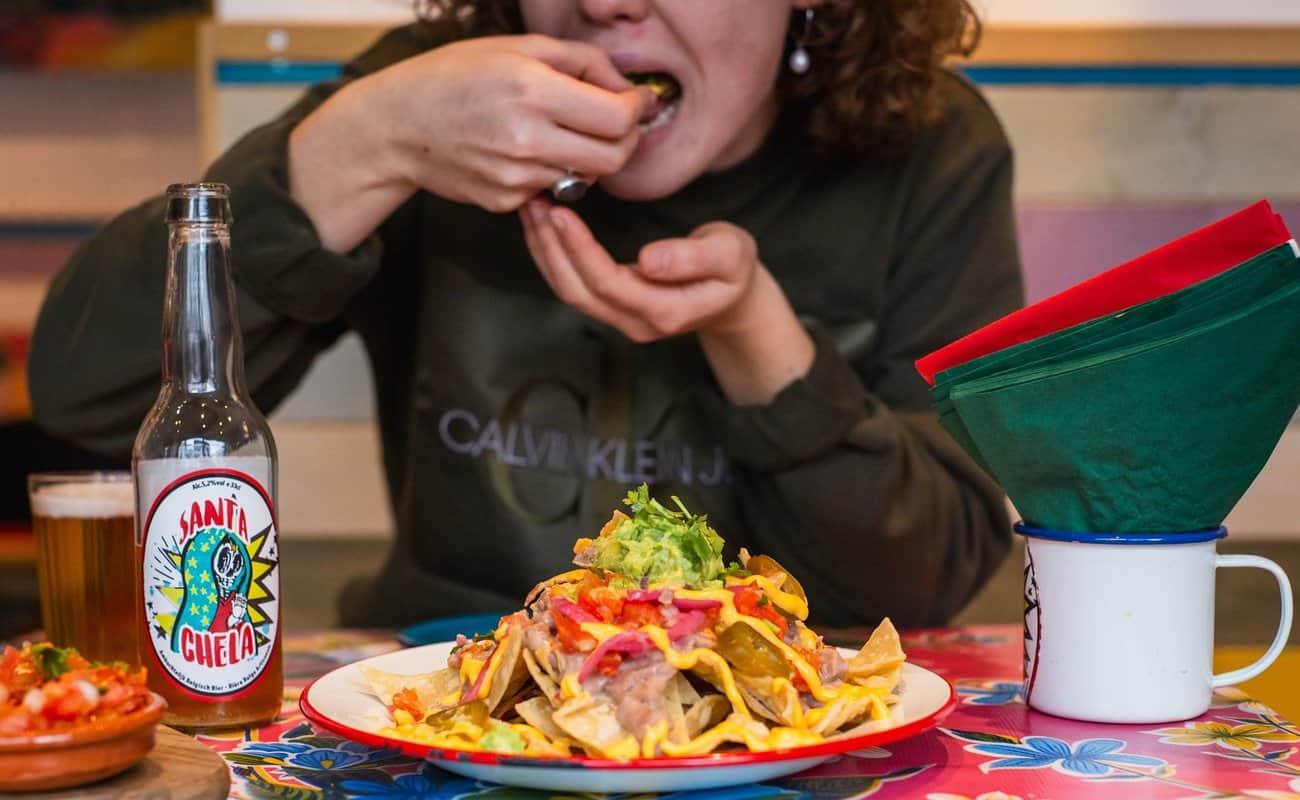 Chewing with your mouth open distracts from the conversation. Rather than focusing on your words, people attempting to be polite will find themselves distracted by the chewed food.

If you’re having a critical conversation and chewing with your mouth open, you may not get all the information across. Your company may leave without thought of what was said – only food.

Many businesspeople go to lunch meetings for vital information. If you chew with your mouth open, it could distract from the conversation and come off as unprofessional.

Ensure you look like you know what you’re doing by chewing with your mouth shut. It will make a big difference, and you can avoid being rude to the company.

It’s off-putting to see someone chew with their mouth open at the dinner table. People may struggle to focus on the table while they watch the action unfold before their eyes.

Read More:  Why is Domino’s So Expensive? (10 Reasons Why)

Some people already have trouble making eye contact with a person in a conversation. The addition of chewed food to the mix adds a new layer of trouble.

Don’t make people feel uncomfortable with food about to be digested. Avoid being rude and chew with your lips closed throughout the meal for the comfort of others around you.

6. It Doesn’t Fit The Culture

There are some cultures where chewing with your mouth open and using your hands to eat is a sign of respect. However, American culture doesn’t fall under this umbrella.

It’s critical to research the culture in any location. If you travel to Africa or Europe, the customs will be different than they are in America. Some locations appreciate loud chewing.

Inhabitants of the United States consider chewing with your mouth open as rude. It’s best to avoid it as much as possible to fit the culture around you. Chewing like that is a no-go.

Of course, there are some locations where it’s okay to eat with your mouth open. If you desire to eat like that, visit one of these spots on your next adventure. There are many choices.

When you chew with your mouth open, you show a lack of respect for your location. You might not mean it in this way – but the action comes off as such.

Imagine you cook a homemade meal for someone and set the table with fancy settings. You offer them your best, and they show you chewed food in their mouth as they enjoy it.

A simple way to respect the people around you is by eating with your mouth closed. It shows you are thoughtful and care about their world, too.

If you have trouble, you can always talk to people beforehand. Make people mindful of the situation to avoid irritation and conflict at the dinner table.

To learn more, you can also read our posts on why slurping is rude, why it is rude to put elbows on the table, and why liquor stores are closed on Sundays.

It’s impolite to chew with your mouth open in American culture. The action is gross, loud, and distracts from quality conversations around the table during a meal.

Although it might be tricky to stop chewing with your mouth open, it’s vital to make an active effort to stop. It’s not polite and might prevent people from asking you to hang out with them.