Why Is It Rude To Put Elbows On The Table? (7 Reasons Why) 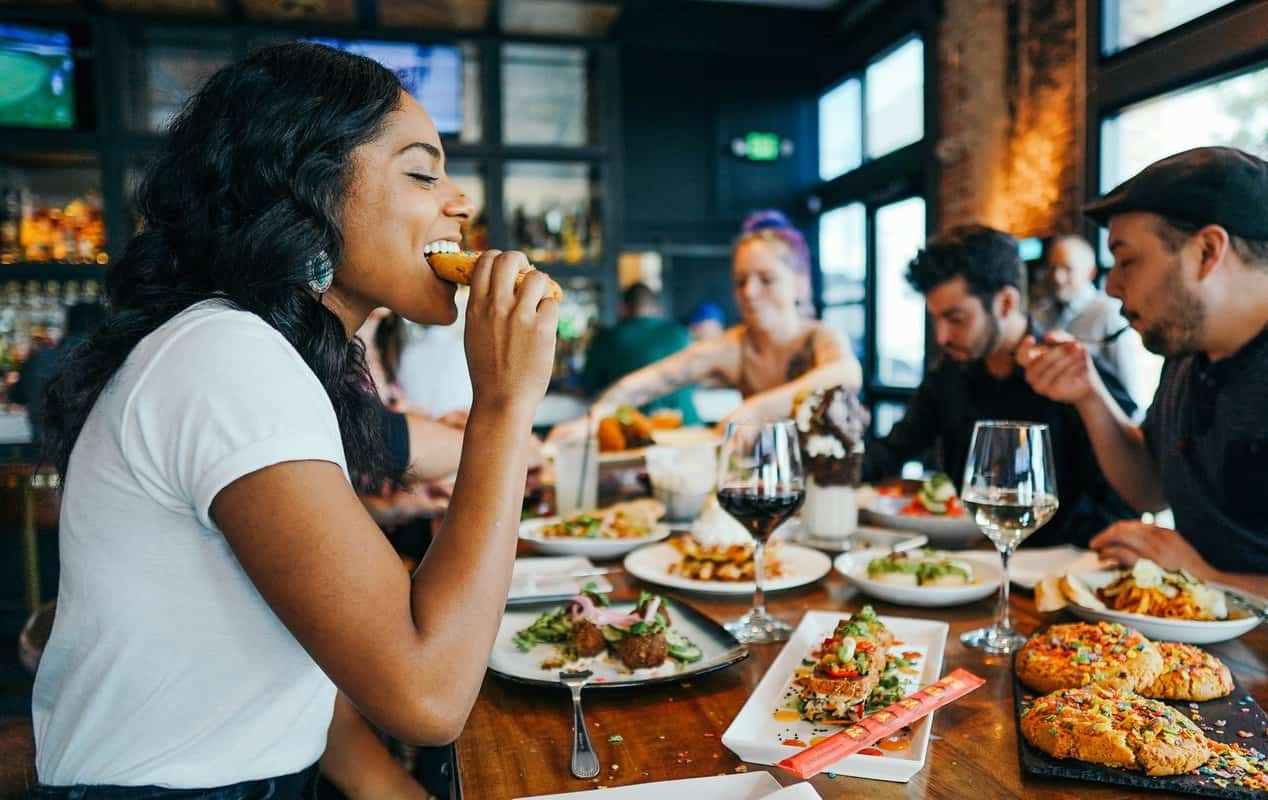 In today’s modern world, many of the traditions and conventions of years past have gradually become irrelevant and are slowly disappearing. But certain things, like dining etiquette, are still with us.

Case in point, even as mealtimes become more casual, putting one’s elbows on the table is still considered rude. Here are 7 reasons why it is frowned upon, even by today’s more relaxed standards.

Why Is It Rude To Put Elbows On The Table?

1. It Crowds Others At The Table

One of the biggest reasons why putting elbows on the table is considered rude is because it disregards the presence and comfort of other people seated at the table.

Placing one’s elbows on the table typically means that they are spread at least shoulders’ width apart, if not more. Even under normal seating arrangements, things can get somewhat cramped at a table.

This would certainly cross the imaginary boundary that people seated at a table could expect to exist between themselves and the persons on either side of them.

(Traditionally, the table setting would dictate each person’s personal space at the table, with the fork on one side of the plate and the spoon or knife on the other side, setting the imaginary boundaries.)

Aside from being an invasion of personal space, an elbow jutting out on a table is an unnecessary obstacle that people trying to eat their meal in peace would have to avoid with each bite of food.

2. Elbows On The Table Discourages Conversation

Anatomically speaking, placing one’s elbows on the table by necessity means that a person is leaning forward toward the center of the table.

While some may interpret this posture as someone being engaged and interactive, others can construe this body position as being antisocial and disruptive to the flow of conversation around the table.

For people seated to either side of the offender, elbows on the table mean that they are separated by a human partition and quite possibly unable to make eye contact with each other.

Not only would this make carrying on a meaningful conversation more difficult for tablemates, but it could very well dampen the overall social atmosphere of the entire table.

3. It Is Disrespectful Toward Others

In these modern times when everyone’s eyes are glued to a device screen, dining together with others can still be a special occasion that calls for a more formal environment than normal mealtimes.

Even without the black ties and evening gowns, certain group dining settings can demand that participants be on their best behavior and display etiquette that demonstrates respect toward others.

Like all social settings, dining with others at a table puts one’s body language under a spotlight, and putting elbows on the table can be a telltale sign of the offender’s:

Putting elbows on the table not only shows a lack of table manners but can also convey a lack of respect for both the occasion and for others seated at the table.

It is akin to slouching lazily in one’s chair, tapping noisily on the table, or crossing one’s arms like a pouting preschooler. In other words, elbows on the table can send the wrong message to others.

Read More:  Why Is Burping Rude? (9 Reasons Why) 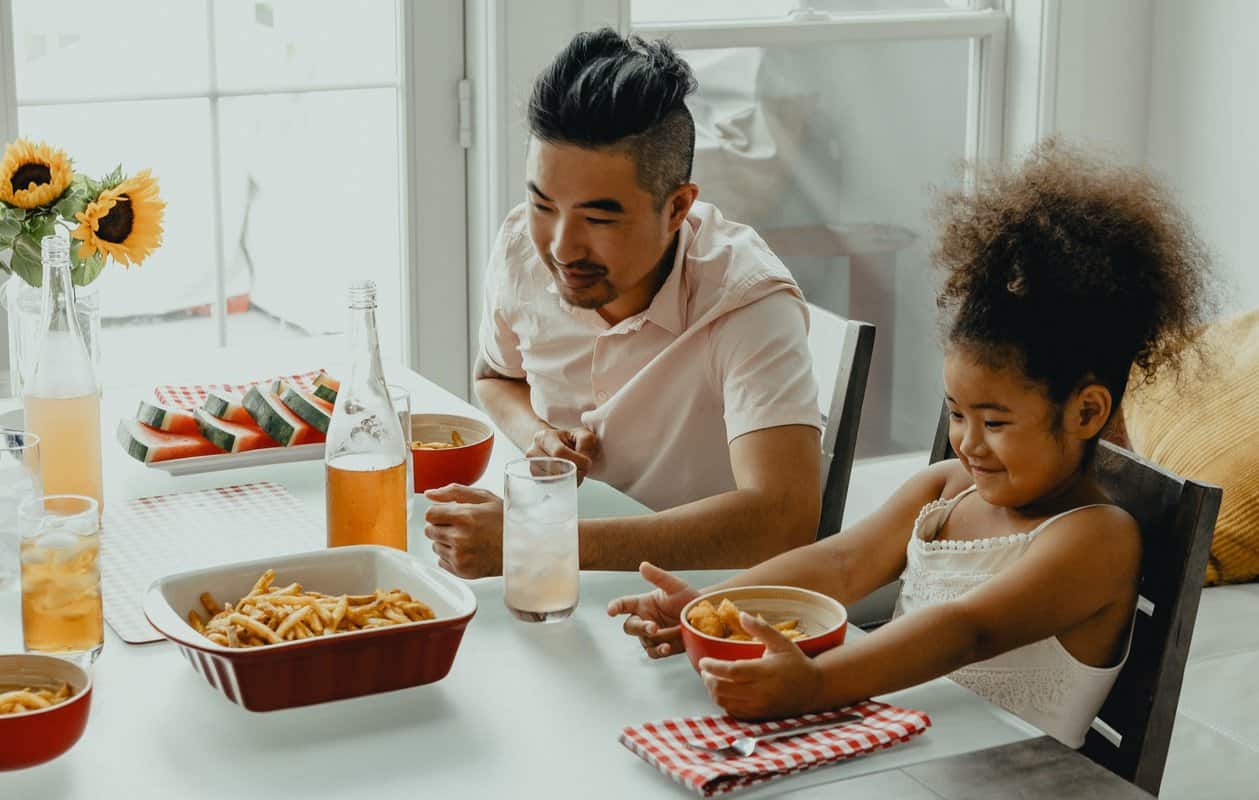 Centuries ago, there was a widespread notion that one of the ways to keep troublemakers in check was to enforce rigid table manners during mealtimes. Following proper dining etiquette was a sign of civility.

Thus, it came to be that elbows on the table were construed as an act of defiance. It also became a show of aggression with the upper body leaning forward in close proximity to others seated nearby.

Putting elbows on the table was painted as a practice lacking common decency and it was discouraged in an effort to prevent confrontations and dustups from breaking out in the middle of a meal.

5. To Avoid Flipping The Table

There was a time in the distant past when many tables were nothing more than wooden boards or planks that were placed on top of tree stumps, barrels, or anything else that could support their weight.

Being so haphazardly arranged, these impromptu tables were not very sturdy, nor were they terribly stable.

Putting one’s elbows on the table, particularly if a significant amount of body weight was placed on them like leaning forward, could very easily flip the table over and send its contents flying everywhere.

6. It Is For The Old Or Infirm

Another reason why elbows resting on the table is considered rude is because it is a body position that should be reserved only for the weak, elderly, or infirm, whose conditions prevent normal body posture.

For a person that is in relatively good health, proper body posture while dining (i.e., elbows off the table) has a positive, lively appearance and conveys a certain amount of self-confidence.

Etiquette purists also contend that placing one’s elbows on the table is considered bad form because it quite literally promotes bad posture among those who commit this dining faux pas.

Rather than sitting straight up, a person with elbows perched on the edge of a table may be inclined to have a more relaxed posture with slouching shoulders and a hunched back.

Not a good look for any type of occasion, let alone dining with others.

To learn more, you can also read our posts on why people chew with their mouths open, why it is rude to eat with your mouth open, and why slurping is rude.

Most of the reasons why it is rude to put elbows on the table stem from old rules of etiquette that were practiced years, if not centuries, ago. For the most part, they are archaic and beyond old-fashioned.

There are, however, some practical reasons why this practice should be discouraged such as crowding one’s tablemates. All in all, putting one’s elbows on the table should be avoided as a courtesy to others.

Why Is Jazz So Unpopular? (9 Reasons Why)

Why Are Pharmacists So Rude? (9 Reasons Why)