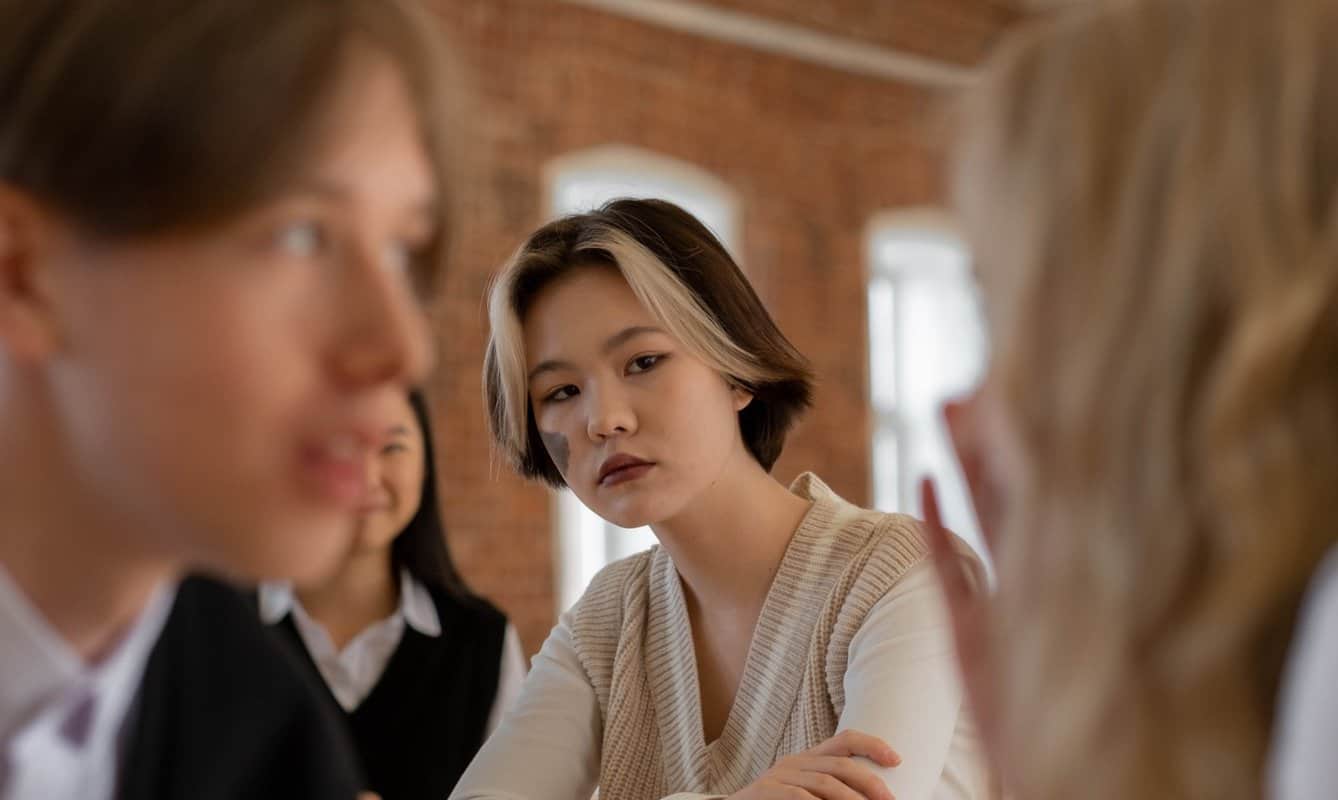 Mockery isn’t seen as a positive behavior, and yet, we all know someone who does it to others. In fact, most of us have probably mocked someone else at one point in our lives. But why do we do it?

In this article, we will list the top eleven reasons why people mock others. As you read, you’ll learn what social and psychological elements cause people to mock others intentionally or impulsively.

Why Do People Mock Others?

1. They Are Insecure About Themselves

One of the most common reasons people mock others is because they are actually insecure about themselves. Maybe something came up in conversation that poked at that insecurity.

In some cases, it might even help the person feel more self-assured and confident because they feel like they have the upper hand.

2. They Have Low Self-Worth

This reason is closely connected with the previous point about insecurity. In fact, you’ll find that many of these reasons are tied to one another.

Someone will often mock others because it makes them feel better about themselves, and this stems from a low self-worth. Essentially, they are trying to drag the other person down by insulting them.

The hope here is that the mockery will, at the most, improve their own mood and, at the least, make the other person feel just as bad or worse about themselves.

3. It Helps the Person Feel Superior

On the note of “dragging someone down,” an important reason why someone might mock others is because they are trying to make that person feel inferior.

This is a very common trait seen amongst adults in the workplace or as a tactic used by narcissists. Because mockery is used to ridicule others, it can be very effective for establishing dominance.

For these individuals, mocking others is a form of power they wield over people they see as “less than” to keep them in their place and make it clear that they are above the other person socially.

In its most basic form, people mock others to insult them. There might be a series of underlying reasons relating to how they feel about themselves, but sometimes the motivation is simply to hurt someone.

Whether they are attempting to incite a reaction from the other person varies. Sometimes it is purely done out of frustration and in response to what another person said.

Regardless, when you mock someone, especially, to their face, it is a clear, visual way to disrespect them.

5. They’re Trying to Fit In

If you see someone mock others while in a group and know that this behavior is out of character for them, they’re most likely doing it to fit in.

This is most commonly seen in adolescents, particularly in schools. Oftentimes, the individual will see others mocking someone and decide to join to gain approval.

Unfortunately, this is how issues like bullying grow from one misguided or unpleasant individual to an entire group.

Of course, this isn’t restricted to friends and peers. Someone might mock others to fit in with their family and earn approval points from their parents, siblings, or other family members. 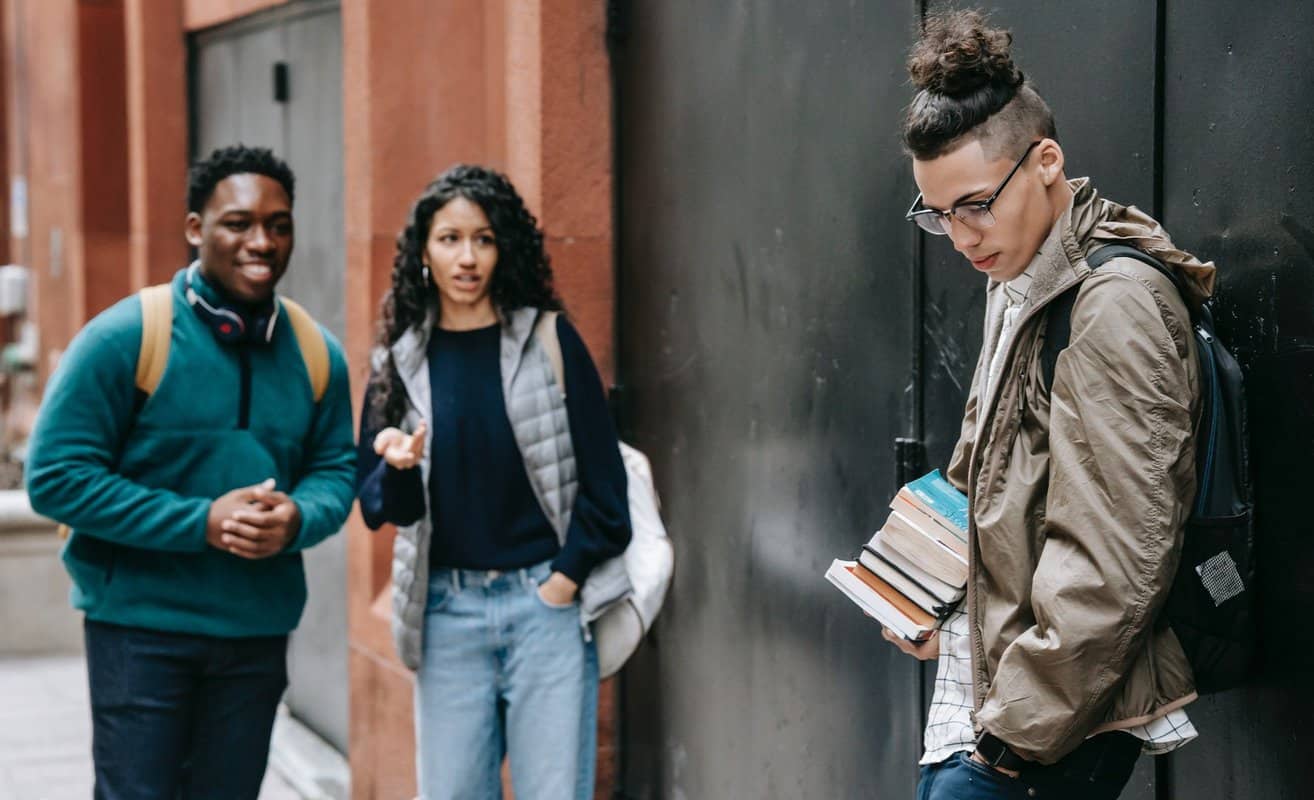 There’s no doubt that the act of mocking someone is often an exaggerated spectacle that catches other people’s eyes. Sometimes, that’s all the person wants: attention.

Mocking someone is a surefire way to get noticed by others and that might be all the individual is after regardless of if it is negative or positive.

This behavior usually starts in childhood when a child doesn’t feel like they receive enough attention at home, so they start acting out.

When you consider some of the previous reasons, such as insecurity and low self-esteem, you can almost assuredly conclude that mockery, in these instances, is used as a defense mechanism.

Read More:  Why Do I Get Annoyed When Someone Talks Too Much? (9 Reasons Why)

An example would be if the individual is in a verbal fight with someone else and they said something that made them feel inferior, insecure, or unworthy.

If the individual lacks communication or coping skills, they will likely retaliate with mockery to make themselves feel better and take the attention away from their faults.

We can also connect this point to the previous reason of fitting in. Sometimes, people feel like they need to mock others to fit in because otherwise they would be unsafe in their chosen group.

Even worse, the group might turn on them inside of their original target.

When it comes to mockery, jealous is often tied to insecurity.

Oftentimes, someone will reveal something good in their life that makes the other person feel insecure and jealous about what they don’t have. They might even think you don’t deserve whatever it is.

Instead of congratulating or supporting the positive things in that person’s life, mockery is used almost as a form of punishment to prevent them from enjoying what they have.

Again, this could be connected to other reasons on this list, such as superiority, where the jealous person mocks someone to re-establish that they are better despite whatever they’re lacking.

In this instance, an individual might frequently mock others because they see or experience this behavior frequently in their daily lives.

Oftentimes, this is something they see a role model do, such as a parent or older sibling. As a result, they think it is an acceptable behavior.

Over time, if not corrected, this behavior becomes a habit and can easily morph into a defense mechanism.

This isn’t the most common reason compared to the others on the list, but it is an important one to keep in mind.

When done by a charismatic person, mockery can be persuasive, especially if it is done at the expense of someone else.

An example would be if a group of friends try to convince you to skip class and you respond by saying your parents would approve.

By mocking this remark about your parents, you might feel pressured or persuaded into joining them for the sake of your social reputation.

There’s little room for debate that mockery is almost always used to insult another person to some degree. However, it is not always done with malicious intent.

If you’ve ever seen a classmate mock a teacher or a friend mock someone neither of you like, it’s often humorous.

In fact, depending on the context, they might be doing it intentionally to lighten the mood and cheer people up.

While mockery is still a form of insult, if it is done without the mocked individual present, and the mockery is obviously exaggerated for the purposes of humor, the intention probably isn’t to harm.

Of course, there are definitely times when someone mocks another person in front a one or multiple people for the purpose of getting everyone to laugh at them.

This, in turn, makes them feel good about themselves at another’s expense because people found their mockery humorous.

To learn more, you can also read our posts on why the middle finger is bad, why being late is rude, and why whatever is a rude word.

Mockery might not be the most positive behavior, but there are logical reasons behind why many people do this to others.

Unfortunately, most of these reasons stem from the individual having poor communication or copings skills or personality traits that make them feel as if they need to mock others to feel safe or superior.