Creed, led by front man Scott Stapp, gained popularity in the late ’90s with hits like Higher and With Arms Wide Open. Creed peaked at the end of the Grunge Era, but it’s safe to say not everyone was a fan.

So what exactly is it about Creed that makes people’s blood boil? Keep reading, and I’ll give you 11 solid reasons why people hate Creed.

Why Do People Hate Creed?

1. Their Music Was Overplayed

In 1999 when Creed’s Human Clay album was released, the radio waves were instantly flooded with the not-so-sweet sounds of Creed… over and over and over again.

Creed’s songs themselves were mediocre at best, along with the band’s actual talent. More on that later.

Whoever was the marketing brain behind getting these songs out was an absolute genius because you literally couldn’t turn on the radio without hearing Higher or With Arms Wide Open.

It’s like you couldn’t help but listen because changing the radio station wouldn’t do anything since these songs were everywhere!

This was in a time before you could stream your own music, mind you.

There’s nothing quite like having mediocre music forced on your ears. Lead singer Scott Stapp had an okay voice, and the rest of the band had talent.

But none of this warranted their songs getting as much airtime as they did. Yes, you could turn off the radio. But once you tuned in again… more Creed!

It’s annoying to hear music on the radio when it’s just plain not good.

On that same level, in a time when you had to go to the store to pick out your music, seeing hundreds of Creed CDs on display was irritating when they just weren’t worthy of that stardom.

Creed became popular in 1999, it was toward the end of Grunge music’s heyday, but that was very much the sound they were going for.

At the same time, their lyrics were borderline Christian Rock and felt like they were trying to be inspirational. So which was it? What were you going for here, Creed?

People want their music to be easy, not confusing. This confusion added another layer that made it fun to hate Creed.

4. They Ripped Off Pearl Jam

Yeah, I said it. Creed is a sale rack Pearl Jam. It was pretty obvious to anyone with ears that Scott Stapp was trying to clone Eddie Vedder’s voice.

But there was already one Pearl Jam, and Grunge was on its way out. We didn’t need another one. Especially a Pearl Jam knock-off with a lead singer that liked attention a little too much.

At a time when Pearl Jam was so loved, it was easy to hate Creed for being copycats… and not very good ones.

If a lead singer is the face of the band, Creed did not have a good one. Lead singer Scott Stapp was not very likable. This is the nicest way of saying Scott Stapp was a tool, and he couldn’t resist starting fights.

Sure, he’s since changed his ways and hopefully learned some valuable lessons, but he did not handle fame with grace and dignity.

He was known for being loud and obnoxious in public, so much in fact that he actually got into a fist fight with the members of 311. Yep, he sucker punched 311 drummer Chad Sexton.

As if that wasn’t bad enough, he caught another bandmember’s wife with his swing, starting a full-on bar brawl. This also wasn’t the first, or last, fight started by Stapp.

6. Their Sound Was Annoying 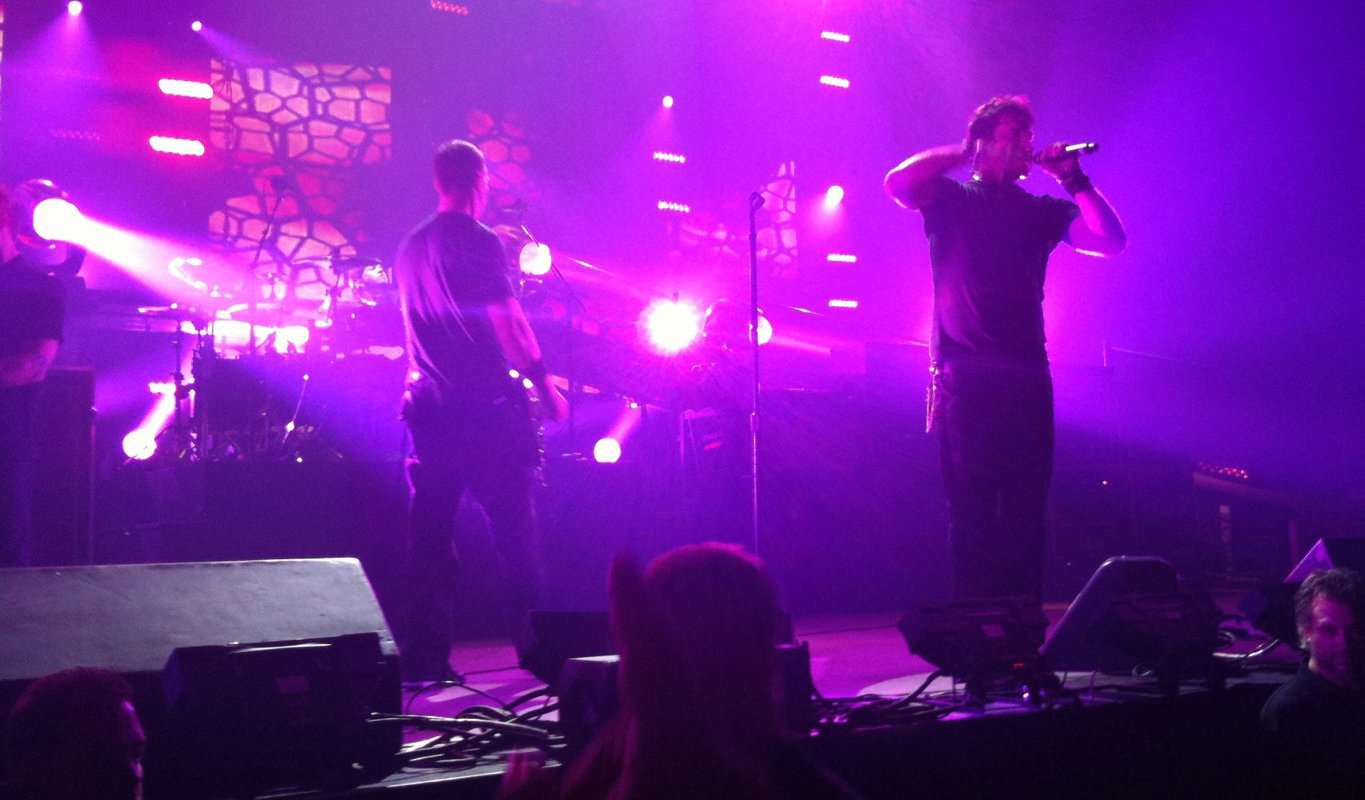 Number five leads us to our sixth reason why people hate Creed… and again, it’s a Scott Stapp issue. Are you seeing the pattern?

Creed’s actual music behind his voice might not have been terrible, but it’s impossible to get past the suffocating, wet blanket sound of Scott Stapp in any Creed song.

Then when you envision the actual human singing, and you know it’s Scott Stapp, it’s all over- the rest of the band didn’t even stand a chance of being liked.

At least, I’m pretty sure they were hypocrites. They sent mixed messages, or at least Scott Stapp sent, were hard to decode. So from the outside, they appear to be hypocrites.

Here’s why…This ties into the whole what-kind-of-music-are-you-going-for situation. Are you rockstars? Or are you preaching to us?

While their songs were inspirational and potentially undercover Christian Rock, the actions of Scott Stapp were quite the opposite.

While the lyrics of most of their songs are positive, singing about things like becoming a father and even healing, Stapp was publicly engaging in drunken and drug-fueled debauchery.

Many of Stapp’s unsavory acts were caught on camera. Mind you, this is in the time before everything was posted on the internet. So he wasn’t exactly trying to be inconspicuous.

Most of this stems from the fact that Mark Tremonti, Creed’s guitarist, actually wrote many of their songs, while Stapp was just the singer.

Nobody likes a phony! Creed was full of contradictions, and the hypocrisy just gave anti-fans more fuel.

By now, we all know that if a band breaks up and gets back together without their most famous member, round two just isn’t going to work. Like Van Halen without David Lee Roth.

Scott Stapp was annoying and terrible and ultimately responsible for the unraveling of Creed, but sometimes it’s just better to close that door.

Instead of just calling it quits, Creed attempted a comeback without Scott Stapp.

It just wasn’t the same.

There was potential, as the remaining members, including Tremonti, along with bassist Brian Marshall and drummer Scott Phillips. But the name Creed had already been tainted.

Forcing a comeback is always a surefire way to lose popularity and is just another reason why people hate Creed.

Song lyrics, the facial expressions during music videos, the outfits… all of it just oozed cheesiness. There was no edge to what Creed was doing.

For a band that was forcing their way into the Rock community, they seemed desperate to fit in. That just gave a level of inauthenticity to everything the band did.

Most music fans saw through the act and just didn’t like it, the cheese-factor was high with Creed, and it made them very hard to like.

To this very day, this exact moment, Scott Stapp claims that Creed is still a band– they’re just “on hiatus.” Occasionally, they put the idea out there that they might have a reunion.

Creed’s members, sometimes with the new and improved Scott Stapp, play their instruments and toy with the idea of getting back together.

In 2004, they went through a “break up,” but they just refuse to close the door. It’s like that couple that just isn’t good together, but they can’t just officially be done.

There are lots of people out there that think this is just too much, they don’t care, and they’re fine with Creed just hanging it up.

Still not sure why people hate Creed? This video of Scott Stapp’s tribute to the Florida Marlins is all you need to see, then you’ll understand.

The majority of Creed’s band members were pretty mediocre, unsuspecting, and nondescript. But Scott Stapp and his behavior made the group as a whole very unlikeable for many.

The rest of the band didn’t do much to stop him, so this made Creed as a collective unit very easy to hate. when you hear someone say they hate Creed, you no longer have to wonder why.