Why Are New Yorkers So Rude? (11 Reasons Why) 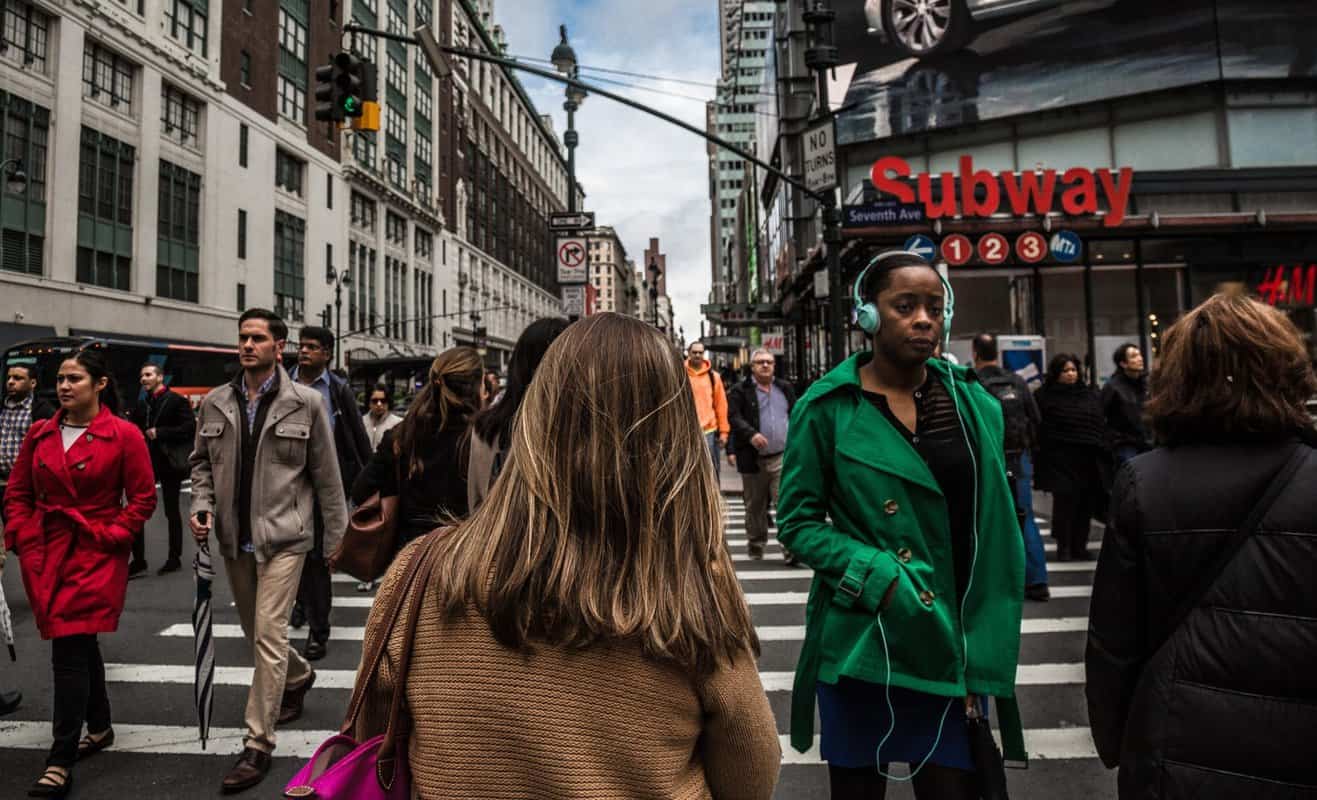 People across the nation share common perceptions of people from different parts of the country. For instance, Midwesterners have old-fashioned values while people from California are laid back.

Another stereotype is that people from New York are not very friendly. There are even polls that support this notion so here are 11 reasons why New Yorkers are so rude.

Why Are New Yorkers So Rude?

Living and working conditions in New York are largely to blame for the rudeness of New Yorkers. With nearly 9 million people packed into its five boroughs, New York is tops in the US in population density.

Here are some of the mind-boggling statistics that demonstrate just how crowded things are in the Big Apple:

With so many people packed like sardines into a compact area like New York just living and working there is a daily struggle for personal space and solitude.

It is no wonder then that New Yorkers have such famously short fuses.

One attribute that many New Yorkers share is toughness. At least, that is what many of them would have people believe, including fellow New Yorkers.

New York is not an easy place to thrive, let alone survive, and this fact is not lost on those who work and reside there. It is crowded, the cost of living is high, and the job market is extremely competitive.

With all of these factors (and more) to contend with on a daily basis, it is no wonder that New Yorkers try to maintain strong appearances because they do not want to let any vulnerability or weakness show.

As one of the most heavily visited places not just in the United States but in the entire world, New York is constantly teeming with international tourists and visitors from out of town.

With throngs of people crowding the sidewalks and packing subway trains, New Yorkers find themselves immersed in a daily struggle just to get to and from work or to run basic errands.

Even just getting around town can be a hassle as it seems that the city that never sleeps is always bustling with activity and visitors seem to be intent on experiencing that firsthand.

So it is somewhat understandable that New Yorkers trying to go about with their normal lives have little patience for people standing in the middle of a sidewalk gawking at the sights and taking it all in.

4. They Are Always In A Hurry

Something you are not very likely to see is a native New Yorker walking about at a leisurely pace (particularly on a workday) without a care in the world.

On the contrary, New Yorkers always seem to be in a hurry and the term rat race takes on an entirely new meaning when it is used in the context of New York.

New York’s sidewalks are constantly moving rivers of people walking briskly shoulder to shoulder, and below street level, there is a constant flow of passengers streaming in and out of subway trains.

With the daily hustle and bustle of life in New York, its residents may seem curt and rude to outsiders but they are simply going about their normal lives at the only pace they know.

5. Boundaries Do Not Exist

Because it is so densely populated and teeming with activity at every turn, normal personal boundaries must be re-drawn when in New York.

One’s sense of personal space must be adapted to the millions of people with whom sidewalks, subway trains, elevators, and even taxicabs, must be shared.

So too must one’s mental rules of engagement be temporarily paused when in New York to adapt to the quicker pace at which things happen here. While it is not for the timid, it is an adventurer’s paradise.

Read More:  Why Are Russians So Good At Chess? (9 Reasons Why) 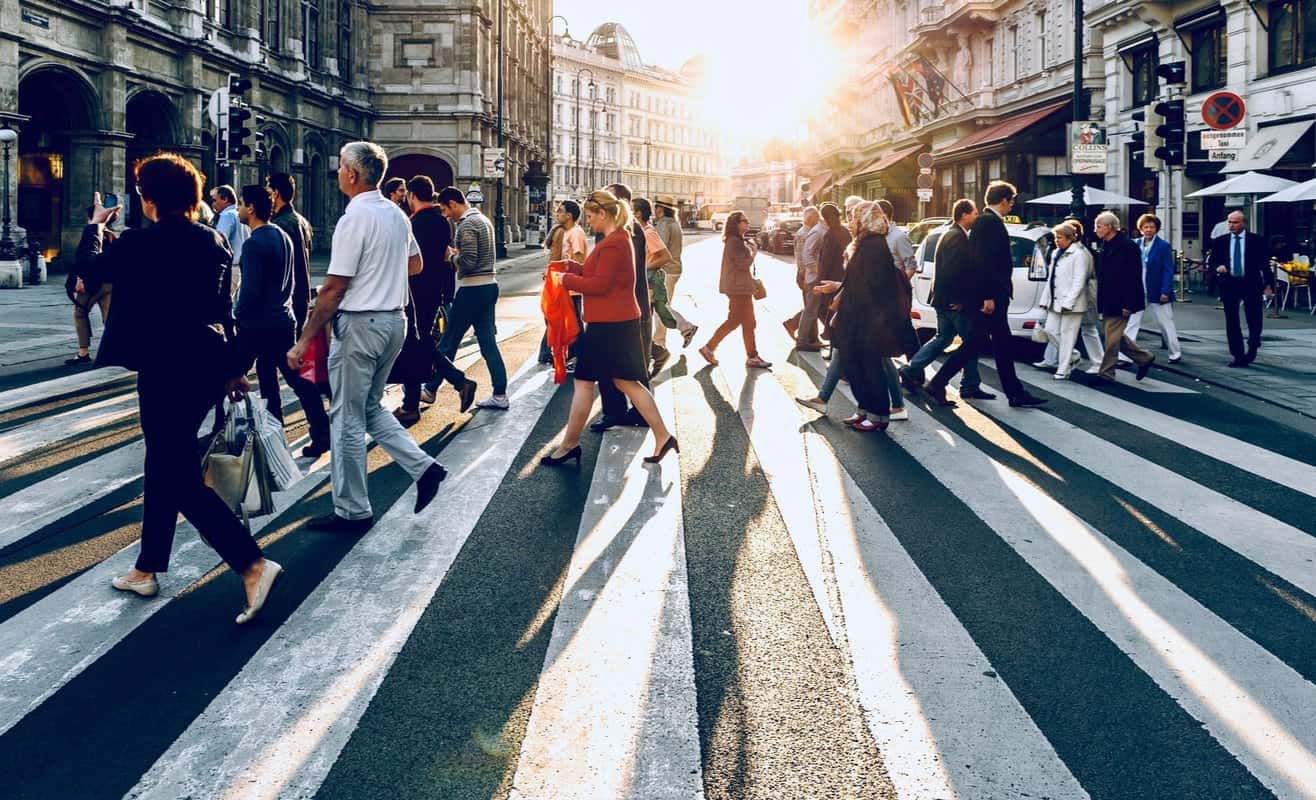 One of the pillars upon which the United States was founded was the notion that free people should be able to speak their minds.

New Yorkers have taken this to heart and they are not only strongly opinionated, but they are also very vocal about their feelings on subjects ranging from politics to world events to their beloved Knicks.

With bitterly cold winters and hot, humid summers, New Yorkers must put up with extreme weather conditions every year and this can partly explain their rude behavior.

When sub-freezing temperatures and blizzard-like conditions roll in during the winter months, trying to strike up a friendly conversation with a New Yorker is an exercise in futility.

Generally speaking, if there is one thing that true New Yorkers have in common, it is that they have thick skin. Not only can they dish it out but they can take it too.

Perhaps it is this toughening of one’s sensibilities that make New Yorkers oblivious to well-intentioned, matter-of-fact comments that are simply taken the wrong way.

9. Their Unique Way Of Speaking

New Yorkers have a distinct way about them when it comes to carrying out a conversation and it is these unique mannerisms that add to the perception that they are rude.

In many ways, it is the distinct speech conventions of New Yorkers that turn people off. For instance:

Read More:  Why Does The British Monarchy Still Exist? (11 Reasons Why)

Even without malicious or ill intent, the way in which New Yorkers engage in conversations can be off-putting or even offensive to those who are not familiar with these mannerisms.

New Yorkers are proud of where they are from and have a strong sense of civic pride. As any outsider is sure to learn, any disparaging comments about New York are sure to be met with a few choice words.

Nothing will cause New Yorkers to band together quicker and stronger than a perceived attack, verbal or otherwise, on their beloved city.

11. A Long Tradition Of Rudeness

Rubbing people the wrong way is nothing new for New Yorkers. In fact, they have a long tradition of doing just that, going back several centuries to when America was still in its infancy stage.

John Adams visited New York in 1774 and famously made several notable entries in his personal diary regarding his memorable experiences with New Yorkers:

Even one of this nation’s Founding Fathers and second president of the United States found New Yorkers to be a rude and disagreeable lot.

To learn more, you can also read our posts on why Americans are so rude, why French people are so rude, and why it is rude to tip in Japan.

New York ranks as one of the world’s most cosmopolitan cities. It is a cultural, economic, and political hub that draws millions of visitors each year.

It is also home to nearly 9 million New Yorkers who, deservingly or not, have earned a reputation for being the rudest people in the nation.

Why Do People Hate Capricorns? (11 Reasons Why)

Why Do Men Wear Bracelets? (7 Reasons Why)