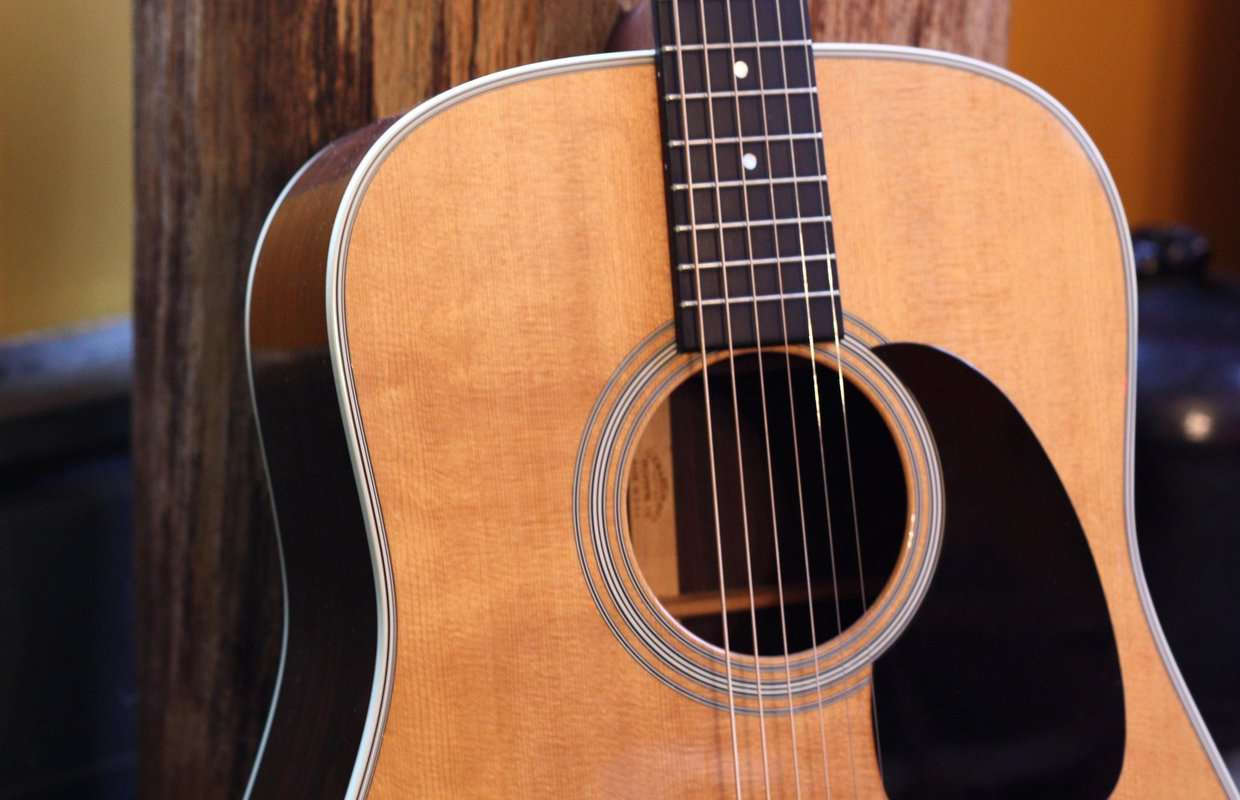 However, not all guitars are created equal, and it’s easy to notice that some brands, such as Martin Guitars, are relatively more expensive than others. So why are Martin guitars so expensive?

Keep on reading this guide as we walk you through 11 reasons behind the hefty price tag of these iconic guitars!

Why Are Martin Guitars So Expensive?

Let’s start with one of the main reasons why Martin guitars are noticeably pricey when compared to many other brands.

While there are plenty of guitar factories out there that mass produces their models using machines with little to no human contact, Martin still relies heavily on their skilled craftsmen to add a human touch that makes every guitar special and personal!

Of course, those who build those guitars are also highly experienced craftsmen, so they earn relatively high pay.

Not only that, but when guitars are made by hand, they take longer during building and inspection for errors. As a result, Martin builds fewer guitars in general.

Additionally, when you build guitars by hand, it uses much more materials and tools than when a robot builds them.

Yet, you can immediately hear the difference between the two because handcrafting makes every single guitar one of a kind.

In order to make up for the difference and compete with other brands that mass produce their guitars, Martin sells theirs at a relatively high price.

In addition to relying on skilled craftsmen to build their guitars, Martin also has its own production facility in Nazareth, Pennsylvania and they’re considered a family business.

This means that the entire production cycle of many of its guitars is within the United States, so the company will have to pay them wages and benefits that match the high cost of living in the country.

Not only that, but all the costs of shipping, transportation, and taxes, will also be based on American laws and regulations, which adds to the final price of the guitar.

With that being said, Martin also has a production facility in Mexico where they build specific models.

3. They Use High Quality Tonewood

Martin focuses mainly on acoustic guitars, which are mostly made of wood. As a company with deep experience in making guitars, Martin knows that the quality of the wood used in making the acoustic guitar plays a major role in producing a clear, lovely tone.

Martin uses a variety of high end tonewoods while building a guitar. This includes premium materials like mahogany and spruce.

Of course, it’s not as expensive as Brazilian rosewood, but it’s still more expensive and of higher quality than basswood used in cheaper guitar brands.

Although the wood on its own costs much as raw materials, you should remember that handcrafting uses more wood and adds to the overall price.

As an industry that relies heavily on wood, it’s also important to make sure that the wood used is sourced ethically, as deforestation can have a serious impact on our environment.

That’s where the Forest Stewardship Council (FSC) plays its role. This organization is responsible for assessing the sourcing methods of companies to make sure that the wood is sourced in an ethical and sustainable manner.

Of course, sourcing your wood ethically costs a lot more, but it helps in preventing the drastic impact of deforestation on the Amazon habitat.

As previously established, the quality of the wood used in making a guitar plays a huge role in its sound quality.

Read More:  Why Are Music Videos So Weird? (9 Reasons Why)

In fact, even the grain of wood used in making an acoustic guitar can impact its quality dramatically, and Martin is well aware of that.

To make sure that the guitar produces the best possible sound while playing, all the wood used in making Martin guitars undergoes a process known as “torrefaction”.

This one is a complex dehydration process that removes all the moisture from water without damaging it, which helps in achieving better smoother resonance within the body. 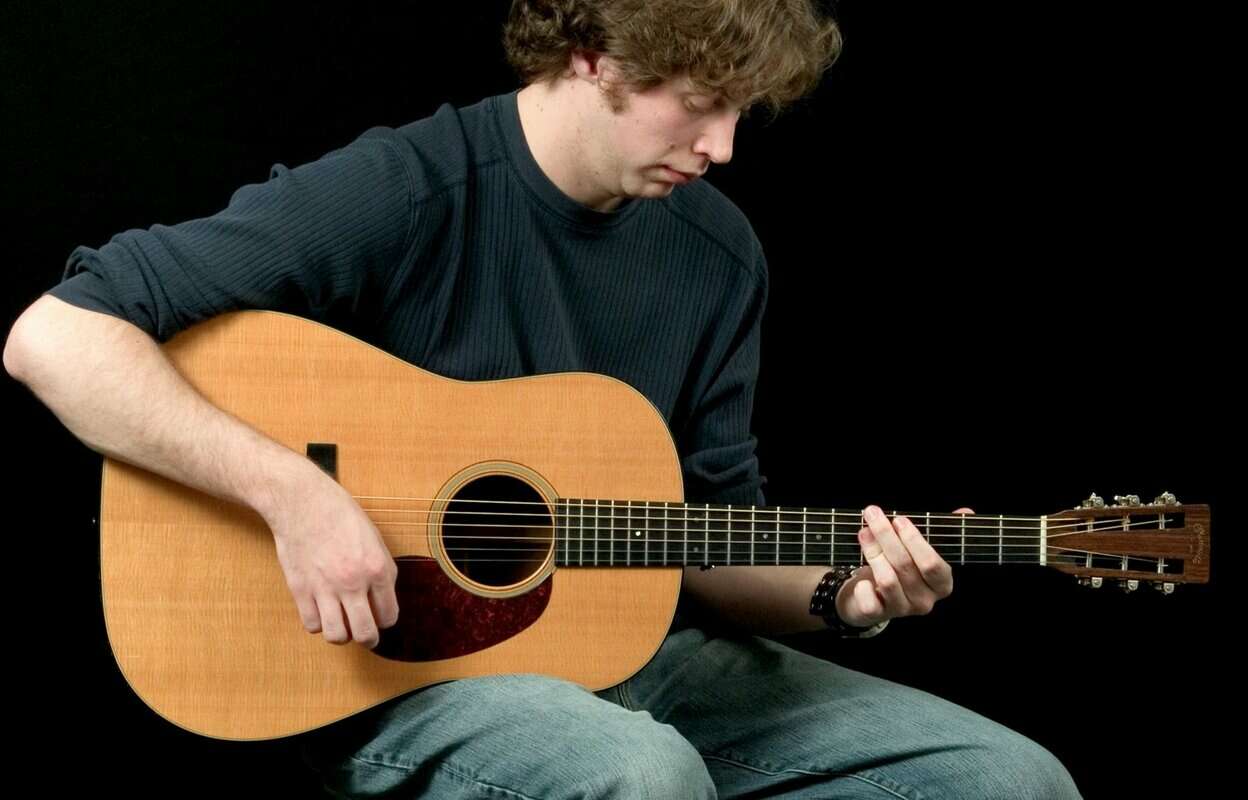 In addition to the exterior of the guitar, the interior also has some intricate woodworking, especially the bracing.

The internal wooden construction maintains the guitar’s integrity and prevents the entire soundboard from warping or breaking.

To make a durable design that doesn’t negatively interfere with the guitar’s tone, Martin builds a complex scalloped bracing that adds to the overall cost of the guitar.

As a highly reputable brand that has been around for ages, Martin has always been an upgrade pick for guitar users, as many legendary guitarists used them regularly.

The company has been around since 1833, so you can guarantee that every great musician in modern history contributed to their huge legacy.

Brand reputation plays a huge role while picking a guitar, so a lot of guitarists wouldn’t settle for any option but Martin, allowing them to sell their excellent guitars at a premium.

In addition to the regular guitars that are built for casual use, Martin also offers a huge variety of custom builds that allow you to control various aspects of the guitar.

Not only that, but for a company that is very close to crossing its second century since its founding, there are several collectible guitars, such as the D-45, which predates the Second World War!

Read More:  Why Do People Like Billie Eilish? (11 Reasons Why)

Aside from custom build, the D-45 are currently the most expensive guitars by Martin, and they can set you back several thousand bucks!

While making the guitars, Martin pays great attention to every single element of the production process while manufacturing their guitars.

All the materials used are top notch and are capable of lasting for a very long time, saving the user a lot of maintenance expenses for a relatively higher upfront cost.

Binding is one of the main aspects of making a guitar, and it has a huge impact on the final quality of the instrument.

While some brands will simply use cheap materials and simple processing to get the job done, Martin takes the extra mile by choosing the best materials and following a rigorous process to make sure that the final product meets Martin’s high standards.

The company uses Abalone inlays with multi-stripe binding to distinguish its guitars from average options on the market.

11. Some Models Are Relatively Affordable

As previously established, Martin is originally an American company that builds most of its guitars in the United States.

However, the company sells a few affordable models by manufacturing them in their Mexico based plant, so they can be somewhat reasonable when you take their quality into consideration.

This wraps it up for today’s guide that walks you through 11 reasons why Martin guitars are so expensive.

In addition to being handcrafted by highly skilled American craftsmen, Martin is a reputable brand that uses premium quality materials that are sustainable and built to last for years!

Why Are Managers So Rude? (11 Reasons Why)