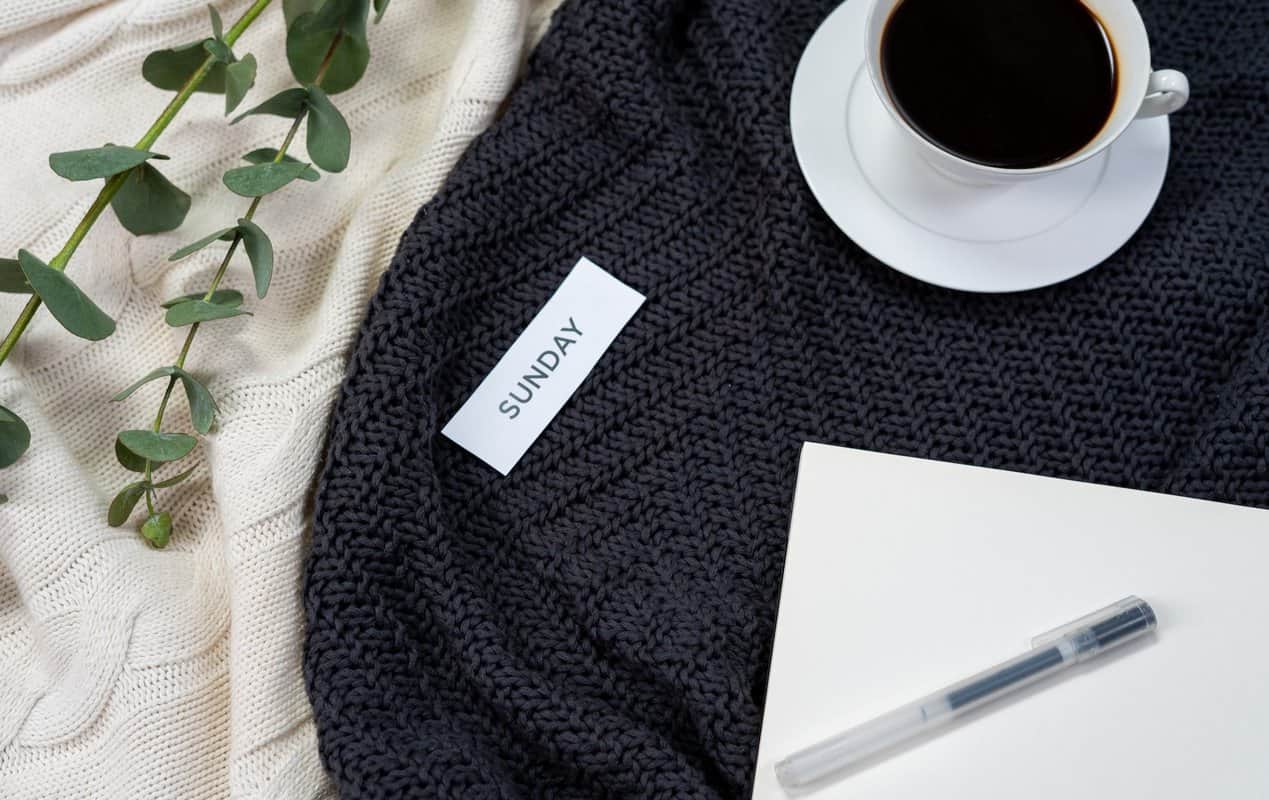 As the last working day of the week, Fridays excite people because they get to hang out with friends. They could stay late and have fun with buddies without having to worry about the next day.

On the other hand, the excitement begins to fade as the last day of the week comes. So why are Sundays so boring for some people? What’s with this day that some just feel so lazy?

Why Are Sundays So Boring?

In the age of commercialism, some places like Bergen County, New Jersey still have shops closed every Sunday.

It’s a challenge for people who love going out. Having to stay indoors the whole day because they have nowhere to go makes them unhappy.

So they hate Sundays. They find them so dull because nothing within the four corners of their apartments excites them.

2. They Have Nothing Left to Spend

People tend to get bored on Sunday because of what they did the last couple of days.

They spent so much money on late-night Saturday adventures that nothing was left the next day. They couldn’t go out for a movie or even take a bite in a nearby diner.

Their happy-go-lucky attitude and inability to plan for the next day are often the culprits for their Sunday weariness. As much as they want to have a bit of fun, their lack of resources limits them.

So all they can do on a Sunday is stay home but it bores them big.

Clubbing all night makes people feel lazy the following day. They get easily tired as the hours pass.

They lose interest in things they love to do on a normal day. Their favorite TV shows don’t excite them that much.

In other words, they feel terrible.

Boredom begins to set in as they wait for last night’s party hangover to go away.

While some teachers don’t give homework to students during weekends, many of them do.

Read More:  Why Do People Write Letters? (13 Reasons Why)

Take for example a survey among school teachers in South Forsyth, Georgia, which says that 80% of them give homework during weekends.

For them, Sundays are supposed to be enjoyable. Doing homework is not their idea of fun.

It’s Sunday morning and your 7-year-old son won’t go to church with you. No matter how many times you talk to him, he just won’t go.

If you’re a parent you know how frustrating it is when your child behaves that way.

Kids get bored in the church because they don’t understand its significance the way adults do.

Also, the words they hear from the pulpit are something their young minds couldn’t comprehend.

On that premise, Sundays become their least favorite day. You can sometimes see them fall asleep during church service.

6. Kids Couldn’t Fool Around Because Their Parents Are In 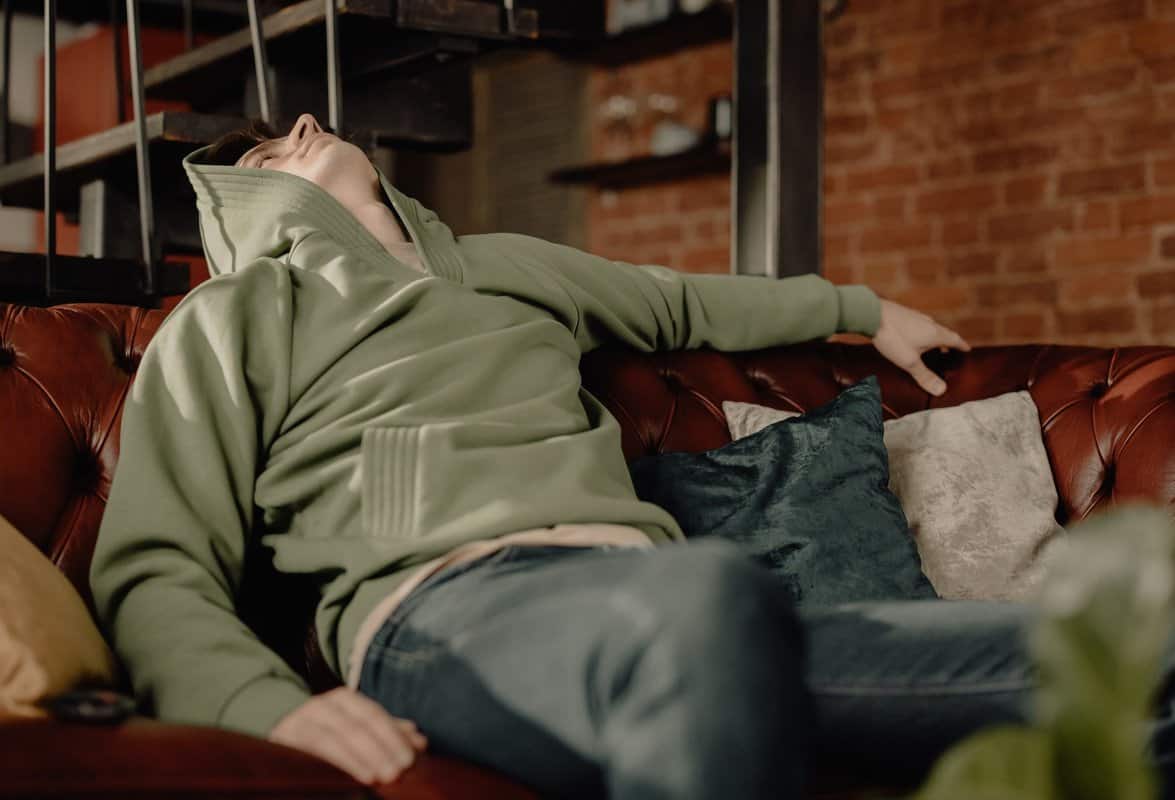 You know that mice play when the cat is out, right?

The same goes for kids. You’ll see them playing around the moment mom and dad step out of the house.

But the party will be over as soon as Sunday comes.

Many parents don’t work on weekends. They spend the whole Sunday at home relaxing.

Kids don’t fool around when their moms and dads are in unless they want to get grounded.

Having said that, young people get bored when they can’t unleash their adventurous and naughty spirits.

Most businesses in the western part of the world operate from Mondays to Fridays. That said, people spend their Saturdays for leisure and Sundays for rest.

But unlike your friends, your job requires you to work every Saturday.

If such is the case, who would you hang out with on a Sunday if your friends already had fun the previous day? And they’re too exhausted to go out.

Some people experience this.

Sure they have the resources to spend but companionship is what they’re looking for. They could hit the road but doing it alone bores them.

So Sundays become the least exciting day of the week for them.

Some people on Sundays tend to get so lazy in preparation for Monday.

They feel overwhelmed with the many challenges they’re about to face the next day. Their minds paint images like bringing the kids to school early while reporting for work on time.

Having said that, all they want to do on a Sunday is to mentally prepare themselves and conserve energy.

So rather than going out with friends and family, they bury themselves on the couch and watch TV all day.

9. Getting Anxious for Another Toxic Week

Do you work in an environment full of toxic people?

Like workmates that have nothing to do but envy you. Or maybe you work for a boss that always finds fault.

Working in a place filled with so much negativity makes people anxious as Sunday comes.

They don’t want the weekend to end. For them, thinking of going back to work the next day tastes like a bitter pill.

That feeling drains their energy. They lose interest in doing things that could make their Sunday fun, so they are bored.

A recent study by MIT Sloan shows that the foremost reason workers leave their jobs is because of toxic work environments.

10. No Problems Left to Solve

Some folks are fireballs. They love to get things done asap.

Read More:  Why Would Someone Be Under Surveillance? (9 Reasons Why)

They couldn’t wait the next morning to hammer things out. As a result, these people faithfully multitask every time.

You’ll see them doing the laundry while preparing lunch or reading school notes on a treadmill.

It’s nice to get things done all at once. However, these folks’ polychronic tendencies may leave them with nothing significant to do the next day.

With all the chores signed, sealed, and delivered the previous day, their Sunday becomes so boring.

You work from Mondays to Fridays. You wake up at 6:00 am to beat the morning rush.

While you love to get up late every Saturday to catch more sleep, your biological clock won’t let you.

Like an alarm, your internal timekeeper tells you to get up. Your body got so used to the routine of waking up early the last five days.

So you stayed late on a Saturday night, hoping to see some changes in your sleep cycle. And sure enough, you woke up several hours late.

A study says that when people are used to getting up early, yet wake up late, their bodies tend to feel more sleepy and tired.

Bottomline, fatigue makes people stay in bed and do nothing. So they get bored.

So there it is—the 11 things you should know about why Sundays are so boring for some people.

It goes to show that boredom is subjective.

In other words, some things excite us that others find boring. Take, for example, staying at home the whole day might be ok for some but a nightmare for extroverted folks.

But no matter the reason for our boredom, it can be beaten. All we need is time, patience, discipline, and sometimes a change of environment.

So go, fight your Sunday blues. Stay optimistic and knock that boredom out.