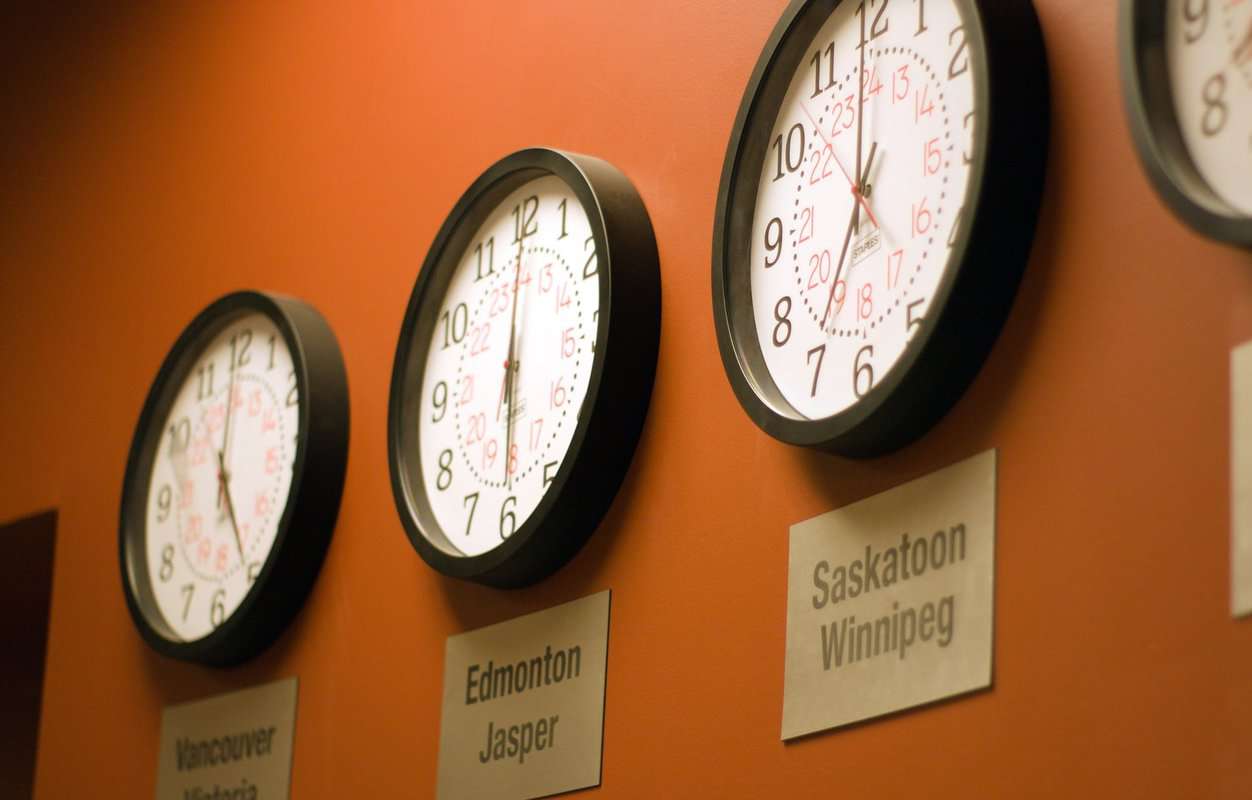 Why are there different time zones? Well, it’s all because of how the Earth’s shape and rotation affect solar times.

It sounds like a simple concept, but this wasn’t globally accepted until long-distance traveling came about and messed up everyone’s clock. Now, with the coordinated universal time (UTC), world times have become more synchronized and systematic.

Why Are There Different Time Zones?

1. The Earth’s Rotation Plays a Hand

The main reason we have different time zones is purely scientific. After all, the Earth is constantly rotating on its axis. One 360-degree rotation means it’s completed one full day. It means that every hour, it moves approximately 15 degrees.

This concept is the basis by which the scientists divided the Earth and assigned a time zone to each. So, each one of the 24 sections is generally 15 degrees longitude in width.

Flat-earthers wouldn’t like to hear this, but time zones exist because of surface curvature. This only happens when a light source, such as the sun, casts its beams toward a spherical object.

The area that the light touches is facing the daytime. Meanwhile, the part with its back against the source is simultaneously experiencing nighttime. If the sun is angled directly overhead, then it’s noontime.

Before time zones were completely accepted, people would reset their clocks a few times a day according to solar time every time they traveled long distances.

Later, though, it was established that noon didn’t occur at the same time all over the world, so Sir Sandford Fleming came up with the time zones. Then, each region followed a local time, and resetting their watch became optional for travelers.

Read More:  Why Did The Great Depression Last So Long? (11 Reasons Why)

3. For a More Coordinated Travel

Speaking of which, traveling by train also played a role in the creation of time zones.

Travel schedules became more and more confusing over time as railroads covered longer distances. As a result, people missed their trains, and cargoes were delayed, so transactions generally took longer than everyone would’ve liked.

Understanding how time zones work is crucial in the maritime industry. Cargo vessels, cruise ships, and the navy make use of Nautical Time Zones (NTZ).

It’s the maritime standard for coordination with other ships. Although it follows the 24 time zones like the Universal Coordinated Time (UTC) and Greenwich Mean Time (GMT), NTZ is primarily based on the traditions of celestial navigation. 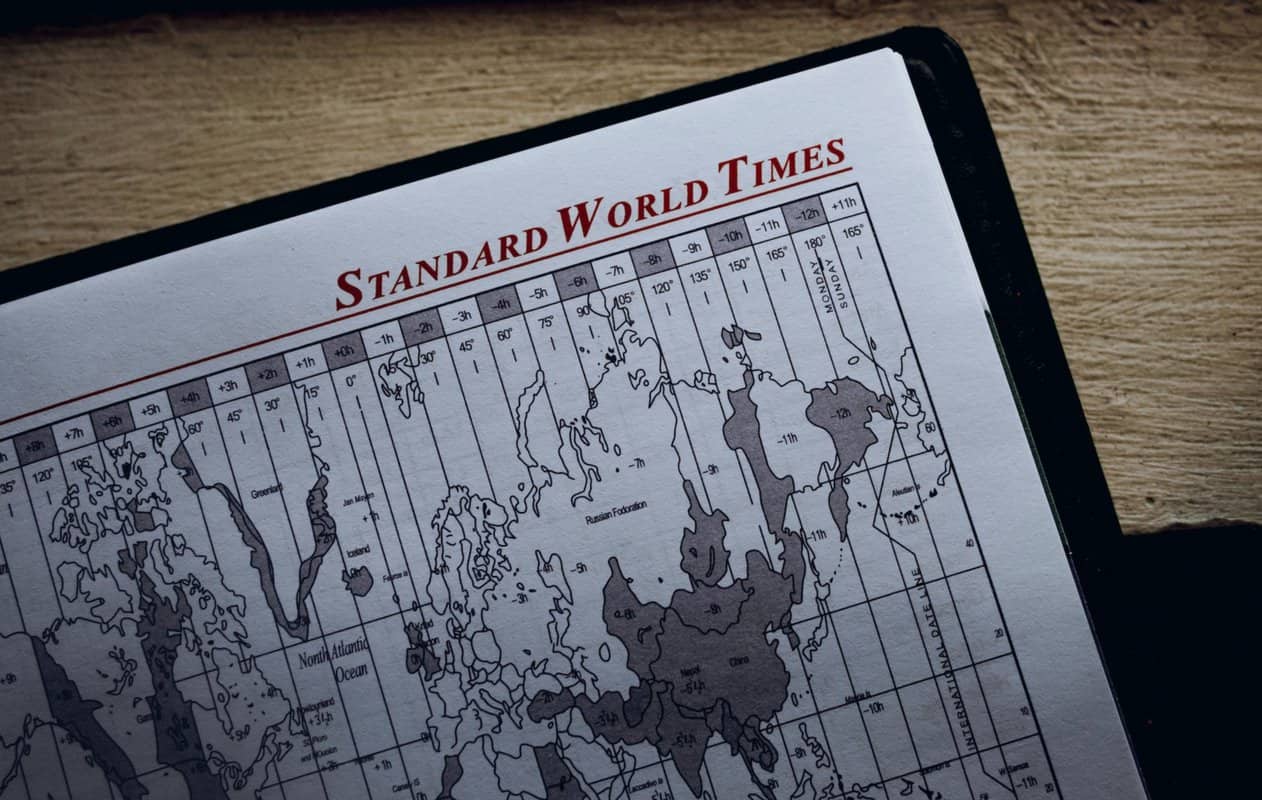 Measuring time in outer space is much more complicated. This is why astronauts need more complex tools for this.

Besides counting hours, astronauts use time to measure distance as well. For example, they use traveling radio signals between an antenna on Earth and their spacecraft.

Despite all the extra effort, astronomers and Deep Space Networks (DSN) still set their clocks according to the UTC.

Some regions in North America have two time zones, depending on the time of year and whether daylight saving time (DST) is in effect.

During DST, or from the second Sunday of March until the first Sunday of November, Atlantic Daylight Time (ADT) is observed. Then, for the rest of the year, the Atlantic Standard Time Zone (AST) comes into play.

Here are some of the other places that observe daylight saving time:

As we all know, the reference lines on the map, such as the latitudes and longitudes, are imaginary. Therefore, the time zones don’t run in perfectly straight lines.

Because of this, some places use their own time zone in relation to the boundaries. You can see these in country-specific time zones, like:

8. Keeping Up With Politics

Some places don’t use the standard time zones. Instead, they follow political boundaries for many reasons.

China, for example, had previously used five different time zones, considering the vast land area. Later, the government invalidated the other time zones and decided to stick to Beijing Time to streamline governance throughout the country.

The change initially became problematic, especially at the farthest ends along the boundaries. The people in these regions had to set their clocks back hours to synchronize with the rest of the country.

9. To Help With Timekeeping and Management

The time zones we follow today are similar to the earlier versions, just more organized. It’s proven to be remarkably useful, especially during the rise of remote jobs.

The system made it possible for companies and agencies to hire employees across the globe. Despite the difference in hours, virtual meetings and deadlines became much more coordinated.

Now that people have a grasp on the concept of different local times, messaging is less complicated. For example, we understand now why our friend in another state sent the message at 2:30, but we received it at 3:30 in real-time.

Meanwhile, customer service has become more accessible to those who need it, no matter where they may be in the world. This is because businesses have learned to become more flexible in accommodating foreign clients or customers.

With the help of timekeeping and management tools, productivity and efficiency skyrocketed despite vast distances.

The difference in time zones used to be considered a drawback. However, with a bit of science and open-mindedness, it created opportunities and somehow helped remove cultural and language barriers.

Partnerships aren’t confined to local regions anymore. Instead, people became in control of their schedule and more confident when traveling great distances.

So, why are there different time zones? In conclusion, to make our lives much easier!