Why Are Managers So Rude? (11 Reasons Why) 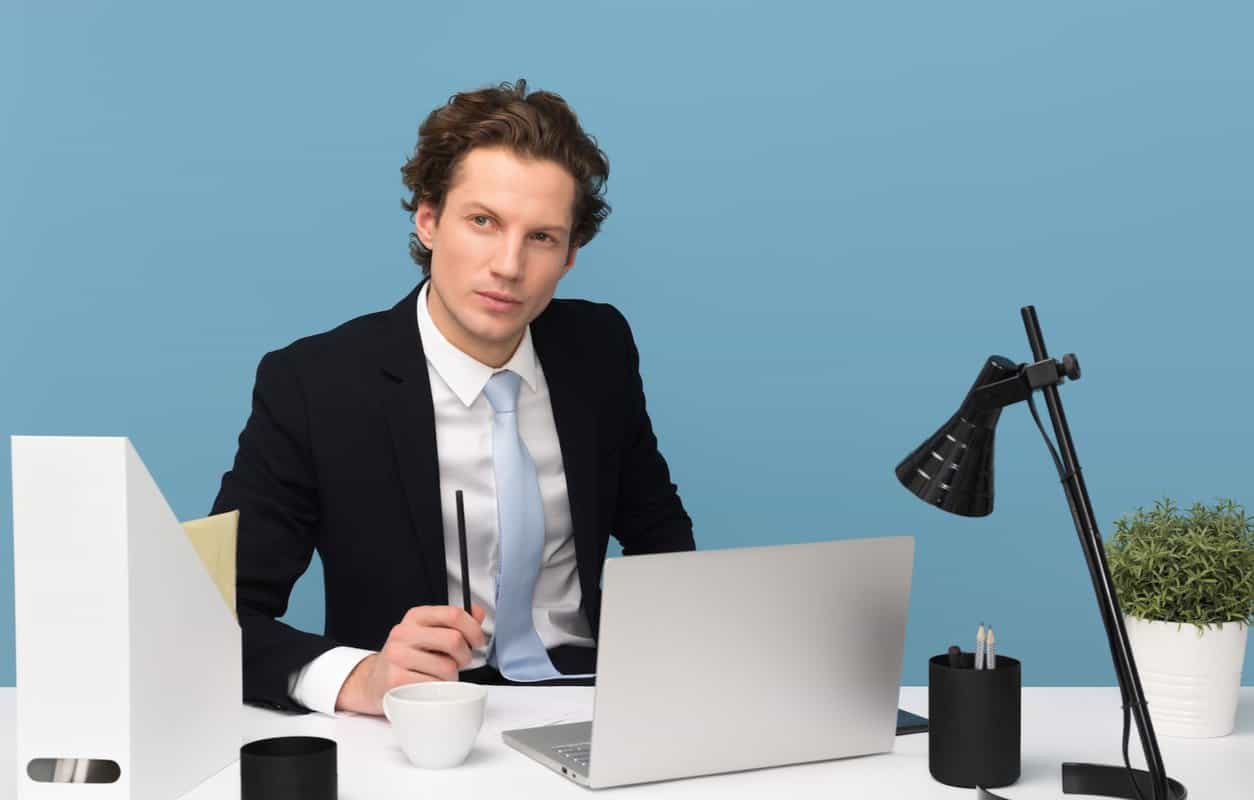 Ever had the strong urge to sing “Why you gotta be so rude?” to your manager? I bet you did at some point in your professional life! Sometimes we drill holes in our heads trying to figure out why some managers have to be so harsh and coldhearted. Like, what did we ever do to you?

Be that as it may, we’re here to extend our understanding (and patience) as good employees and people in general. On that account, let’s take a look at 11 (because 10 is too mainstream) reasons why your managers are so rude.

Why Are Managers So Rude?

Some managers tend to think that an authoritarian approach to leadership is the best way to get people to follow you.

While, in some cases, these managers appear to be mere bullies, some tend to use intimidation strategically to bring out the best in employees.

According to The Great Intimidators article by Roderick M. Kramer, politically intelligent leaders make use of effective intimidation tactics, though extreme at times, to get their subordinates to overperform.

Perhaps that tough guy facade is there to challenge us after all!

As much as there are possibly good reasons why a manager could be rude, that’s not always the case.

In the article Don’t Let Power Corrupt You, American professor Dacher Keltner said that “The powerful are more likely than other people to engage in rude, selfish, and unethical behavior.”

People who succumb to the power granted in their positions tend to lose their finer qualities. Uncle Ben was right; with great power comes great responsibility.

A lot of you might be familiar with this kind of thinking, not just in the workplace but also in your daily lives. Common phrases we hear that are along the lines of this reasoning include:

Some managers likely end up becoming rude due to their personal experience as former subordinates, or they’re trying to take after someone they used to look up to in an attempt to emulate their success.

While it’s understandable in that sense, leadership isn’t one-size-fits-all. As author Scott Berkun said in The Jobsian Fallacy, you can’t copy and paste success.

Do you know what some rude managers and spoiled children have in common? They always get what they want.

As explained in the article Are Your Children Spoiled by Katherine Kam, spoiled children tend to develop self-centered behavior.

One of the many consequences of such behavior upon growing up, if not corrected, would be our rude managers.

While we can’t necessarily blame rude behavior on our environment, it’s still a notable factor that could greatly affect how we interact with our peers.

Let’s take a look at some common signs of a toxic work environment:

As a result of such conditions, our managers tend to reflect the toxicity toward their subordinates.

6. They See Employees As Mere Resources 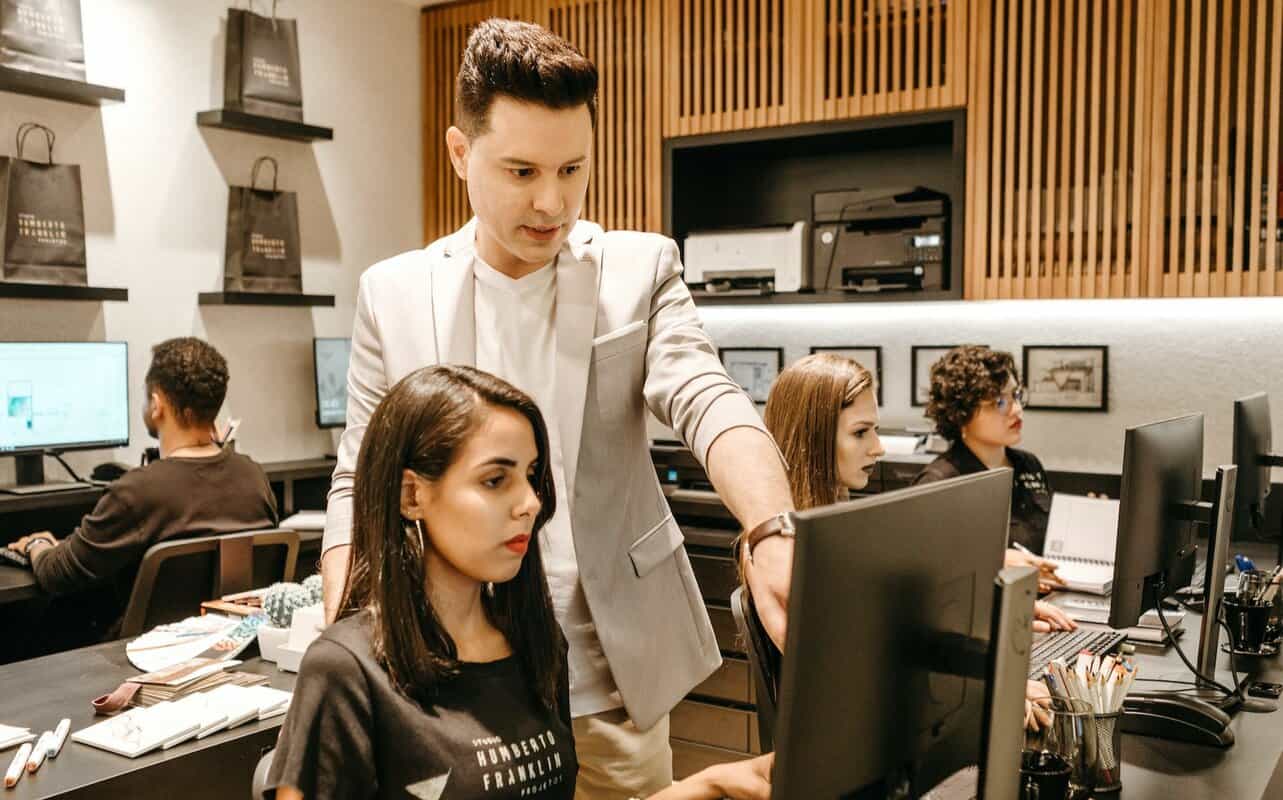 Ah, the great sin of greed! As inhumane as it sounds, some managers see their workers as resources for increasing their wealth further.

As mentioned by Daniel Stone in his article A Unique Look at Our Obsession With Wealth, having money tends to beget wanting more of it.

Managers who become obsessed with money tend to care less for their subordinates, making them lose a bit of their humanity.

Read More:  Why Are Roofers So Unreliable & Dodgy? (7 Reasons Why)

Good communication skills go a long way in any particular setting. Not only does it help build trust among employees and co-workers, but also motivates them to work better.

Research explains that a person’s communication skills play a vital role in personal and organizational effectiveness.

If you’re noticing that your manager is often unreasonably rude or dismissive, it may be due to poorly developed communication skills.

A lot of us have likely encountered some form of bullying in the past, be it at school, office, or home.

Bullying is often a result of poor discipline. The consequences of such uncorrected behavior could lead to mental health and behavioral problems, as explained in the Centers for Disease Control and Prevention’s article Fast Fact: Preventing Bullying.

Examples of bullying in the workplace include:

Have you ever stopped to think if maybe your manager is unhappy in their career? If not, then you’d be surprised how this could also be a possible reason for their rude behavior.

If our managers are unhappy or dislike their position, then it’s likely for them to just not care about others at all. How could they help others if they can’t even help themselves?

Does it seem like your manager is picking on you over the most insignificant things? Maybe it’s because they feel threatened by you.

As explained in Forbes’ article 10 Signs Your Boss Sees You As A Threat, many fearful bosses are incapable of handling employees who might have the capacity to outshine them.

Stay strong! The next time you notice your manager being extra rude might be an indication that you’re doing a really good job.

Not everyone exudes grace under pressure, especially when it comes to major company or business decisions. Maybe the reason why your manager is always on edge is that they’re always under pressure.

If we think about it, they are dealing with responsibilities that could cost the company loads of money. With such duty being entrusted to them, they might just crack a little under pressure.

While this isn’t meant to excuse rude behavior, we can understand a little why managers behave in a certain manner. For all we know, they could be rude professionally, but outside the workplace, they’re actually good people.

Even though dealing with rude managers can get tricky, it’s always important to get a grasp on the boundary between professionalism and personal matters. As much as we can’t generalize rudeness among all managers, neither can we of their form of leadership.

Understanding the possible reasons why managers behave the way they do can help keep our feet grounded as responsible employees. Those tough shells of theirs might just be what you need to keep striving for improvement.

This doesn’t necessarily mean that you have to tolerate their bad behavior, especially if a certain action or statement of theirs crosses a line. Rather, it is to grant a different perspective on how you see managers and, if possible, how to build a better relationship with them.

The journey to the top will always be a steep climb, but with a little perseverance, you just might find yourself standing where you never imagined yourself to be. Maybe you’ll even end up thanking your managers for molding you into the person you ought to become.