Why Are Gibson Guitars So Expensive? (11 Reasons Why) 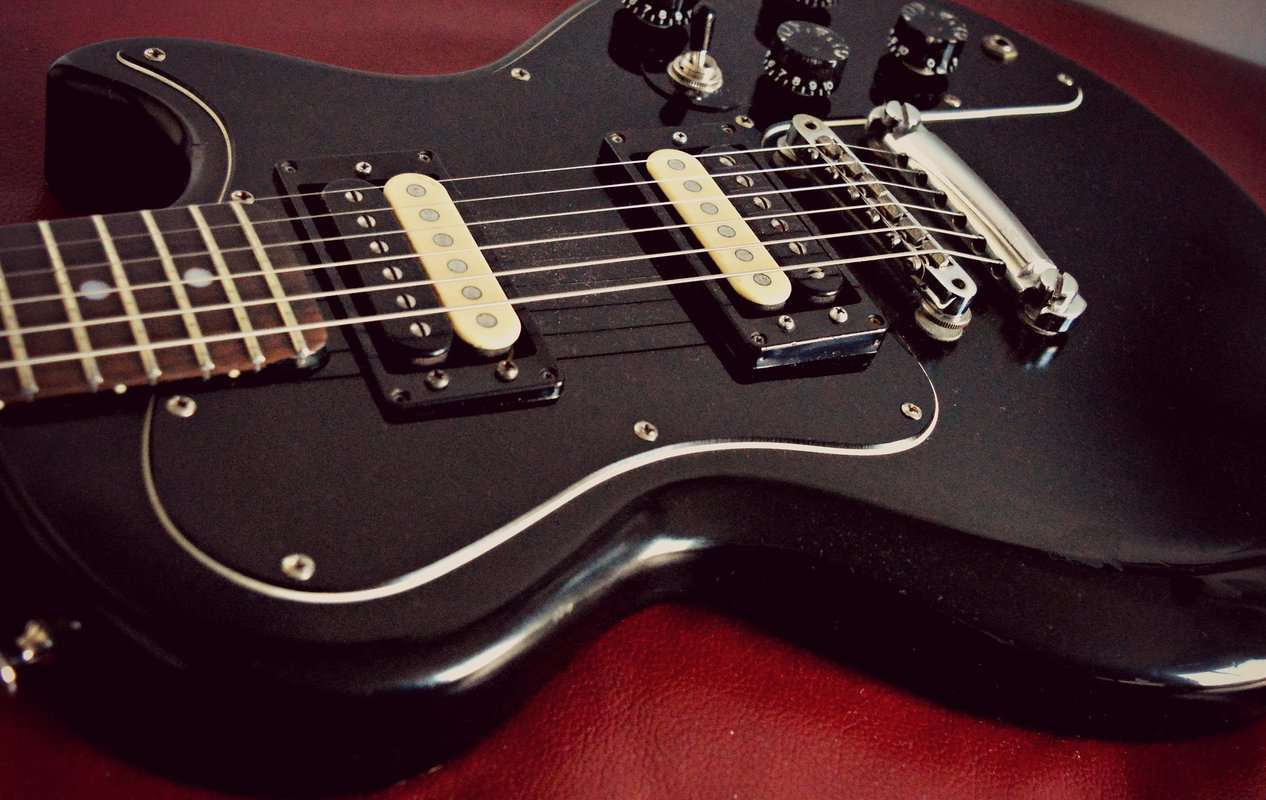 If you’re on the hunt for a good guitar, especially an electric one, you’ll find a lot of options to choose from.

One of the most popular electric guitar brands out there is Gibson Guitars, which is known for selling its models at a hefty price tag!

If you’re wondering “why are Gibson guitars so expensive?”, this guide is for you! Today, we’ll walk you through 11 reasons that explain why it usually costs a lot to buy one of them. Let’s dive in!

Why Are Gibson Guitars So Expensive?

The first reason why Gibson guitars are quite expensive is that they’re an all American product that is designed and built in the United States.

Unlike many guitar brands out there that have their production facilities in China and other Asian countries, all Gibson guitars are still made at two facilities, both of which are in the United States.

The first one is in Nashville, Tennessee, which is responsible for manufacturing all electric and semi-electric guitars (some were built in Memphis, Tennessee prior to 2019).

The other production plant is in Bozeman, Montana, which is responsible for the production of full acoustic guitar models.

In fact, Gibson Guitars isn’t planning on switching to off-shore production anytime soon, as they’re planning more expansion of their facilities in the near future.

With that being said, this doesn’t include other brands that are owned by Gibson Guitars, such as Epiphone Guitars, which are made in a China based facility in Qingdao.

Being based in the United States means that the company pays all the wages and benefits at a rate that matches the high cost of living in the country.

Additionally, all taxes and transportation costs are based on American regulations, which adds up to the final cost of a Gibson guitar.

A lot of electric guitar manufacturers have quickly resorted to automation and mass production of their guitars. In fact, there are many companies nowadays that rely on machines to fully produce a guitar.

However, the folks at Gibson believe that some parts of the manufacturing process should remain done by hand, as the human touch gives each guitar its own character and makes each guitar unique.

This includes processes like sanding and gluing the different parts of the guitar together. Such processes require highly skilled and experienced craftsmen in order to achieve the desired results.

Of course, these workers are also paid decent wages and benefits, as human workers cost more than machines in the long run.

As a result, Gibson guitars need to raise the price in order to make a profit from guitar sales, which is one of the main reasons why Gibson guitars are quite expensive.

Gibson is also one of the oldest electric guitar manufacturers on the planet. In fact, the company has been around since 1898 when Orville Gibson produced his first ever mandolin.

By the time rock and roll became a thing, Gibson had already mastered the electric guitar craft, producing several excellent models that helped in shaping the history of the music genre!

As a result, a lot of history’s most iconic musicians and rockstars used Gibson guitars in their performances, which gave the guitar manufacturers an excellent worldwide reputation among musicians.

For that reason, you’ll still see a lot of musicians swear by their Gibson electric guitars to this day.

This legacy increased the demand for Gibson guitars, which caused the guitar prices to soar throughout the years!

Since wood makes up the majority of the guitar, whether it’s acoustic or electric, it’s no surprise that the type of wood used in every guitar plays a major role in determining its price.

When it comes to wood, Gibson usually uses the best types out there, which provide the guitar with durability all the while keeping the tunes even and smooth in acoustic ones.

For instance, it’s pretty common for Gibson to use premium wood types while making their guitars, such as Brazilian rosewood, mahogany, maple, ebony, and more!

Most of these types of wood are pretty expensive, so it’s no secret that the price of the guitar will be double or even triple mass produced ones that use low-end woods.

As a company that is based in the United States, Gibson Guitars is subject to all the laws and regulations regarding environmental sustainability.

Cutting down wood unethically can harm the environment and damage entire habitats for many creatures.

Since the guitar industry relies heavily on wood, all the laws and regulations regarding sourcing and acquiring wood for making guitars apply to Gibson.

Of course, ethically sourced wood is going to be more expensive, which also adds to the final price of a Gibson guitar. 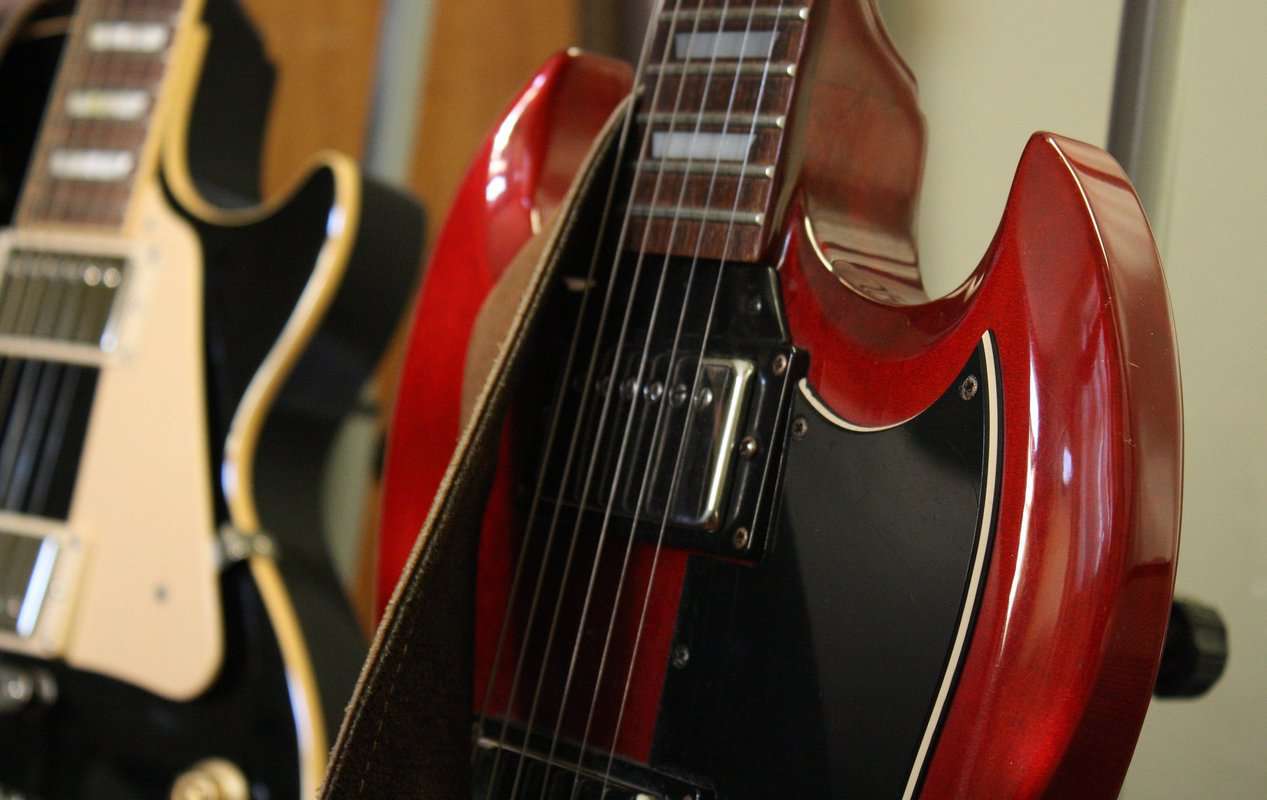 While many guitar companies may skimp on the finish, Gibson pays a lot of attention to this process in order to release a flawless guitar.

Gibson will usually use expensive finish materials that help in retaining the quality of the guitar for years to come!

Similar to all the materials used in making Gibson guitars, any electronic parts used in their guitars will be quite advanced, let alone being also made in the United States.

All these pickups, switches, and capacitors are also hand wired to ensure longevity and sturdiness against the test of time.

All guitars made by Gibson undergo a rigorous test for quality to make sure that there aren’t any defects in their products.

Read More:  Why Are Guitar Pedals So Expensive? (11 Reasons Why)

They used high end machines to test for these quality control issues, such as the Plek machine, which is pretty expensive, which in turn, increases the price of their guitars.

In addition to all the standard guitars that are made by Gibson, the company also produces a variety of custom guitars and limited edition guitars that are typically more expensive than their standard options, raising the average price of a Gibson guitar.

Since a lot of musicians all over the world opt for Gibson guitars, the base price of the guitar is not always the only issue. Guitars need to be wrapped carefully, which costs more than standard wrapping.

Also, they are subject to extra fees and taxes when they’re sent overseas, which can end up increasing the price of a single model up to double!

Lastly, at the end of the day, Gibson is a massive corporation that heavily advertises its products and relies on branding and pricing strategies that target elite musicians and those with disposable income, which allows them to set their prices very high.

Gibson is one of the best electric guitar brands on the planet for many good reasons. In addition to the company’s unmatched attention to detail, it also uses premium materials and electronics to create its models.

With that being said, you can still find some relatively affordable options, such as the Gibson Les Paul Special Tribute P-90 as well as other brands that offer decent quality electric guitars for a more affordable price.

Why Are Crocs So Expensive? (11 Reasons Why)