Why Do Women Show Cleavage? (9 Reasons Why) 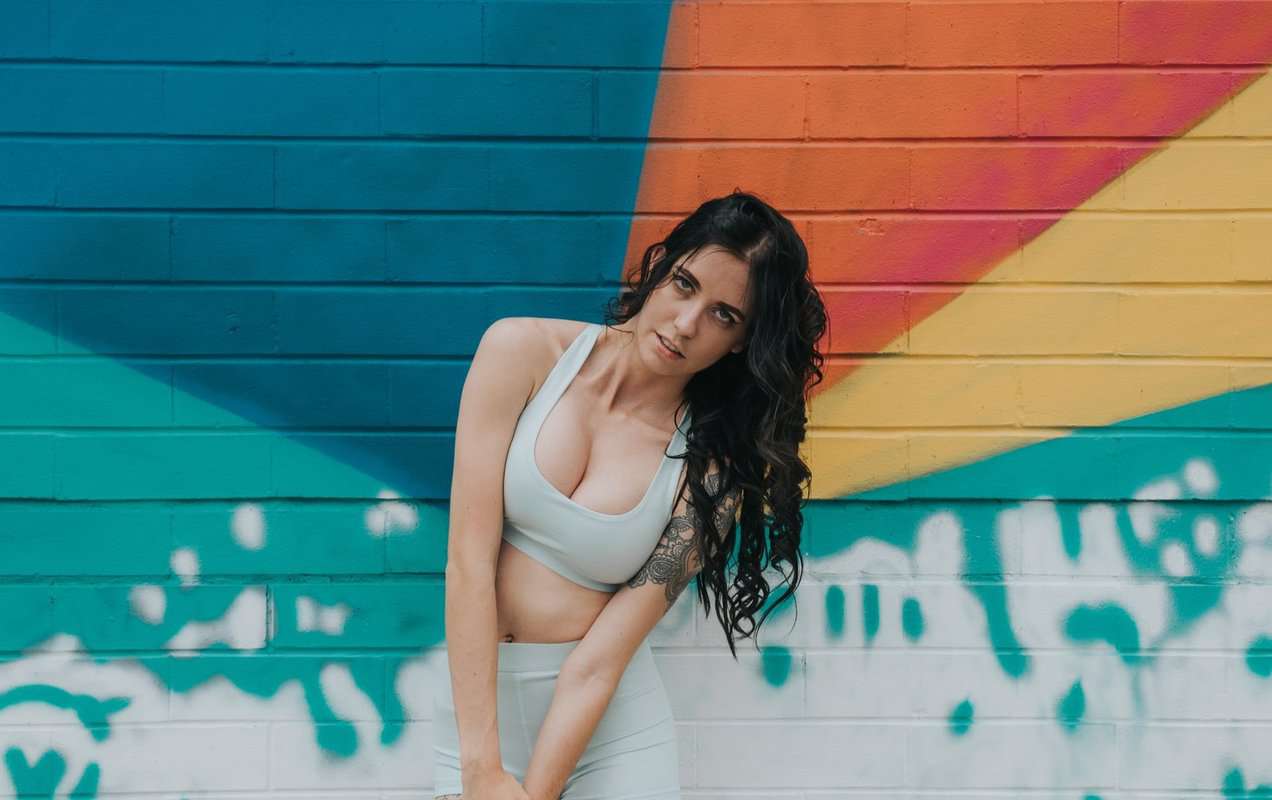 If you’re reading this, you are probably a dude and you’re probably trying to understand the answer to this question without getting slapped.

Turns out, there’s more than one answer. Keep reading to see 9 common reasons why women show more and some related cause and effect.

Why Do Women Show Cleavage?

Every other reason under this will be related in some way to a woman wanting to attract the attention of a man, or men, or even just everybody.

When the idea is to get attention, this can lead to a lot of problems. On the one hand, they might get the attention of a man they like.

On the other, they’ll probably get the unwanted attention of a dozen men and women before the guy they like comes along.

One main thing about getting attention through cleavage is, even if a nice, handsome man comes up, it’s most likely not the woman’s personality that interests him.

Second to getting attention, but definitely related, is flirting.

It may be one of the most common reasons why a woman shows cleavage is to flirt with her husband, boyfriend, or a guy she really likes.

It’s not likely a woman you see in a regular public setting doing this has this intention, because she wants to show herself to one man in particular.

What you could see is a woman wearing something revealing at a party if she knows someone she’s attracted to is going to be there.

There’s a lot of online advice telling girls who don’t feel confident in their looks to flirt, which can include showing more skin. Lynn Ndagire says, “If I have them, I flaunt them.”

Read More:  Why Does My Husband Check Out Other Women? (11 Reasons Why)

This can really backfire, because exposing ourselves and hearing a mocking comment does not help the confidence and feeling stares isn’t everyone’s idea of feeling confident.

Getting the wrong attention, like we mentioned in the last section also doesn’t help boost self-confidence.

Our fashion industry has been creating a lot of fashion designs that show cleavage if worn on their own.

Many women wear these articles because they believe they look better in them, partially assisted by fashion commercials.

Sometimes it can be difficult for girls to find anything different, especially if they have D or E cup sizes.

5. To Wear Something Cooler 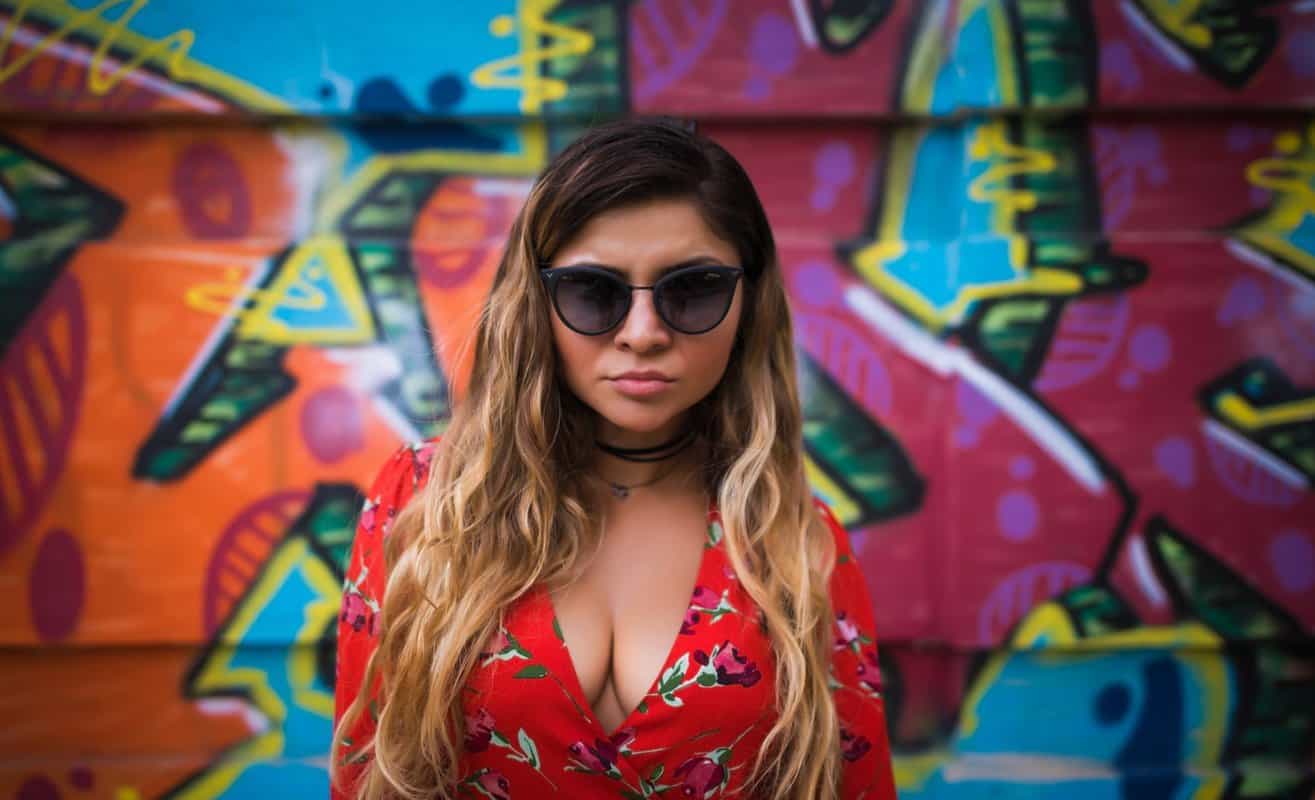 To some women, when they get warm, they feel more comfortable by wearing something more revealing.

This is usually something better done for around the home instead of in public so that they don’t have everyone staring.

What might work better for them though is a shirt made of a more breathable material, like cotton, otherwise you have the warm sun hitting you with nothing in-between.

It’s most likely a myth that sales representatives who show off more, sell their products or deals better.

On the other hand, the Psychology of Women Quarterly had an interesting experiment testing this idea.

While they were no more convinced of the product regardless of what the representative wore, the men said they should use sex appeal to distract from weak products.

Read More:  Why Is My Girlfriend Ignoring Me? (11 Reasons Why)

You may have also noticed that women who are trying to sell themselves show themselves.

Social media or TV commercials are two places where this is really common, which can prey on others’ lack of self-esteem as an outside influence.

Those on social media probably don’t think like that because they’re trying to look good for the camera, according to their audience.

If it’s not themselves they want to sell, then they are trying to make a product seem better because it somehow makes you more desirable.

There can always be women who show more, and not for a flirtatious reason.

Times are tough, and if women get more tips for showing more, you know many will if they think it will help make ends meet.

Back in 2010, Gad Saad Ph.D shared the findings of his colleague Michael Lynn who noted the correlation between larger cleavage and larger tips.

8. They Forget About it

This might sound funny, but many women, especially moms, reach a point when they don’t care about what they look like or are too busy to concern themselves with it.

If a wife and mom is seen walking around care-free, most of the time it’s because she doesn’t even think about it.

Either that, or she just could not care less about how other people see her at this point. That’s usually with middle-aged moms and wives though.

Do you remember Lynn Ndagire from an earlier section?

She happens to be a sales executive, but on an interview while wearing a revealing top, she said regarding anyone who doesn’t like it, “ “Let them close their eyes! This is fashion!”

If a woman doesn’t care, it could be considered lack of self-esteem because it’s a lack of accountability. You know, like over-confidence?

Ms. Ndagire’s statement blames men for something they have no control over. They can’t tell her what she puts on in the morning.

Who can keep their eyes from looking at something that was designed to draw attention, like her shirt?

If they are in a relationship with someone, showing revealing clothes may show they don’t care about how their partner feels about other men staring, like they’re still single.

If a woman starts shouting about how it’s her “right,” if you ask why she shows cleavage, you’re better off just walking the other way.

While women have various reasons for revealing their chests, this is often unsafe and even harmful to others.

A girl can attract certain people by what she wears, and showing too much in public can tempt married men, men in relationships, or cause the woman’s boyfriend to get upset.

Can You Recycle Q-Tips? (Don’t Make These Mistakes)

Why Would A Married Man Join A Dating Site? (9 Reasons Why)