Why Do Guys Text Less After A While? (11 Reasons Why) 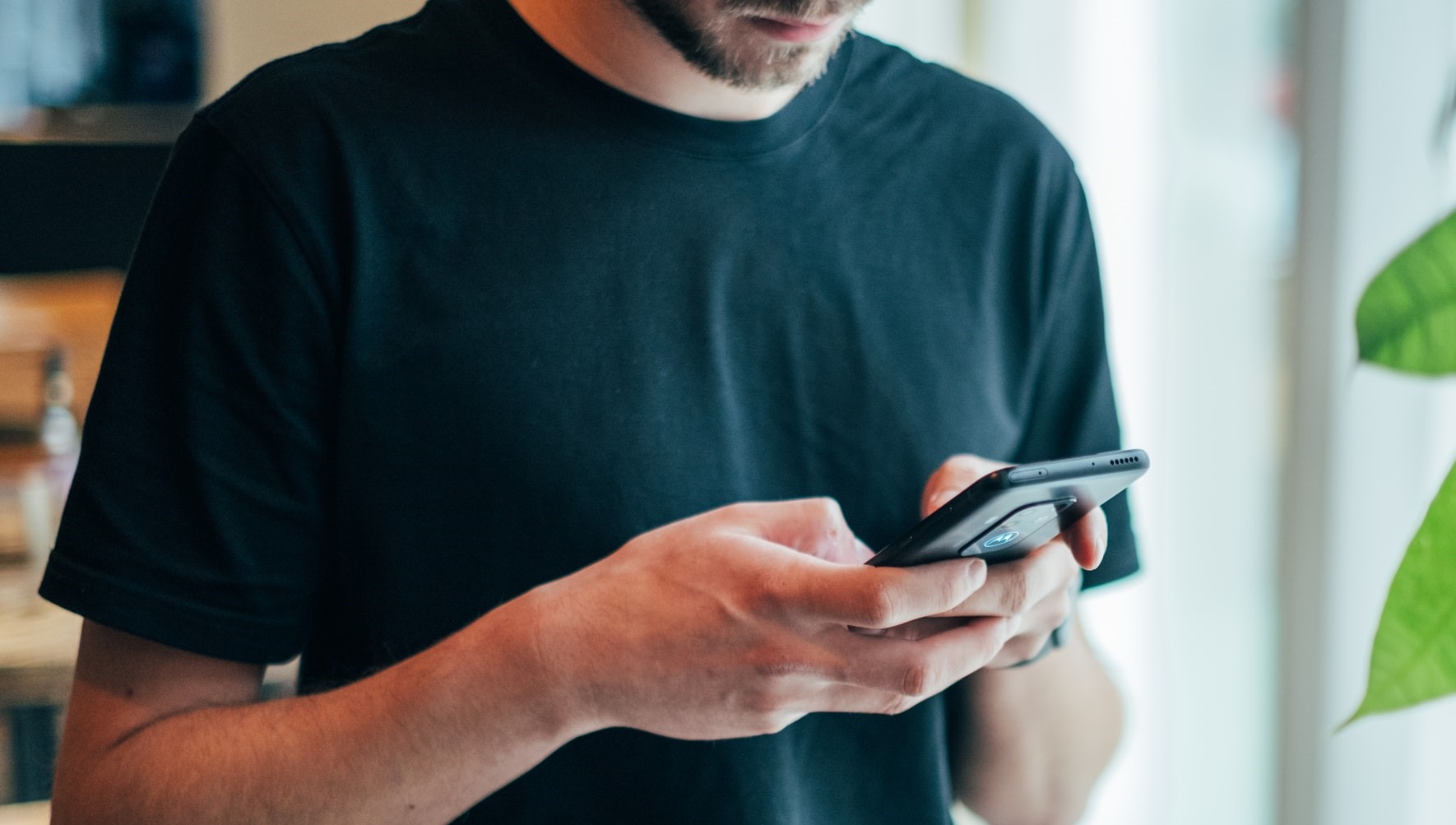 If you’ve been chatting with a guy for a while and he’s suddenly texting less, you’re not alone. This is a common predicament amongst those in the dating pool.

While it’s relatively common, it’s nonetheless annoying and confusing. It leaves relationship seekers wondering, “Why?” This article shares 11 of the top reasons why guys test less after a while.

Why Do Guys Text Less After A While?

He has a life – just like you – and sometimes, life gets hectic.

He may be overloaded at work, trying to meet an upcoming deadline, or his family is visiting from out of town.

Regardless of why, he may simply be texting less because he’s busy and doesn’t have time to sit around on his phone.

The best thing to do is to wait it out. Give him his space to get things done. Texting him incessantly, wondering why he’s not answering, will only add to his stress level – not good.

Texting someone religiously can be lots of fun, but for some people, it can also become overwhelming.

Some people need their space. It has nothing to do with you or the conversation. They just want some time to take a break from chatting and focus on themselves for a little bit, and that’s OK.

This is especially true for those who are introverts. Introverts require quiet time to “recharge” their social battery.

So, give him his space and let him have some alone time. He may come back ready and more excited than ever to rev up the conversation.

3. He’s Hanging Out With His Guy Friends

For the most part, guys hang out together differently than girls. While females will have their phones out, taking pictures and talking about all the hubbub, men don’t always do that.

Instead, men typically focus on what’s happening in front of them.

Whether he’s shooting pool and having a beer at the bar or going to a sports game, if a guy is hanging out with his buddies, he’s likely not going to text you.

After all, no guy wants to be “picked on” by their pals about texting a woman too often.

If he’s out with his friends, let him go and live his best life. Take the opportunity to go out with your friends, too. Don’t sit around waiting for him to answer!

4. He’s Relaxed In The Relationship

When a relationship is just starting, it’s exciting. You want to talk to that person seemingly 24/7, and there are endless questions and topics you want to discuss.

Over time, though? That “chase” and “desire” can fade. This isn’t necessarily because he’s lost interest, but he’s relaxed and doesn’t feel the need to chat with you 24/7.

As long as there is still an interest and an effort on his behalf, it’s not considered a red flag. Swap texts for face-to-face meetups, phone calls, and video chats instead.

Some guys despise texting, but they will do it for a while to show a person they’re interested in them.

However, over time, that hatred for texting will shine through. They may swap texts for phone calls or desire to see you in person.

If they’re making an effort and chatting a lot during a one-on-one, face-to-face meeting, it’s nothing to worry about. He just might not be a “texter.”

6. He Doesn’t Know What To Say 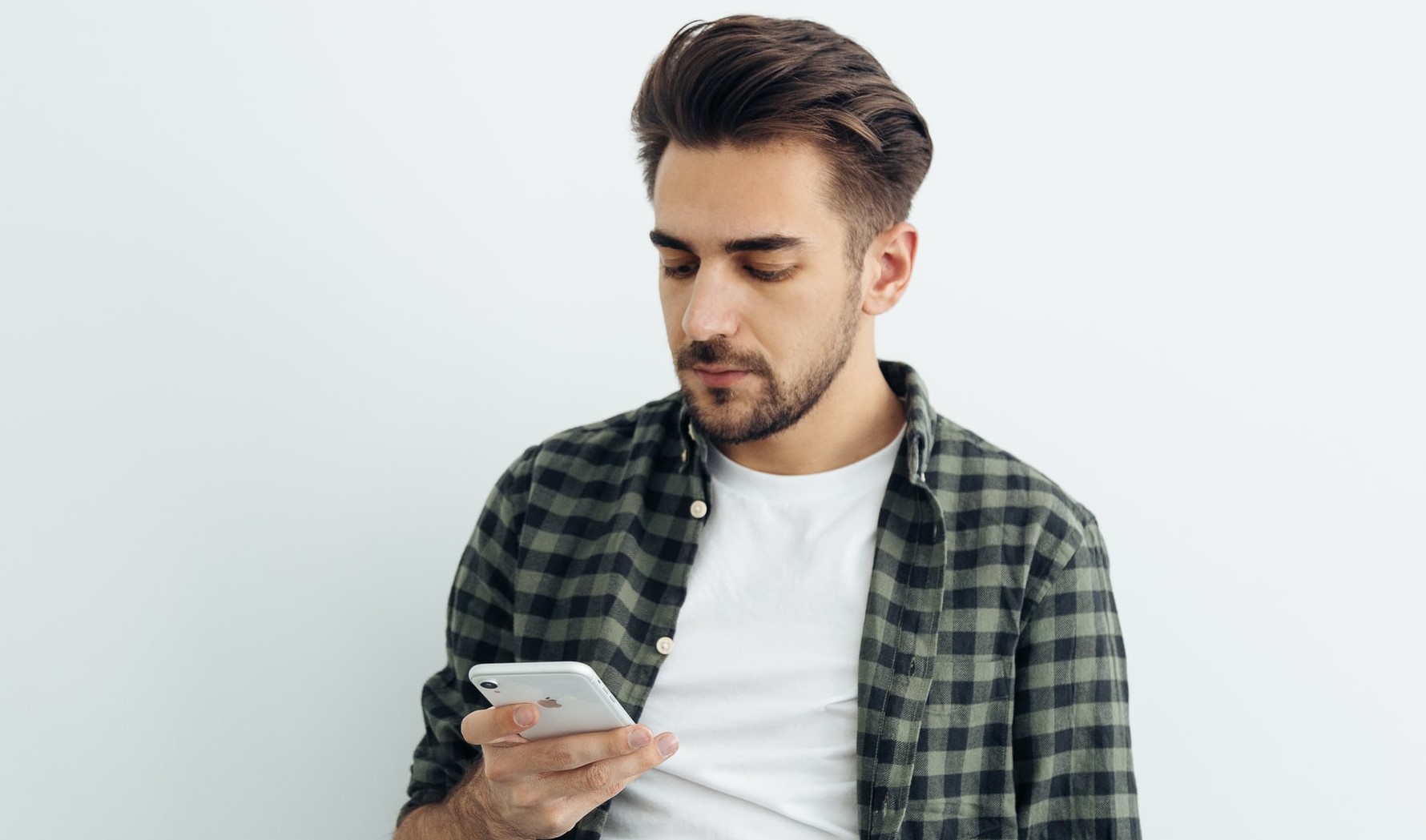 If the texts have been continuous for quite some time, and he suddenly starts texting less, it may be that he doesn’t know what to say.

Instead of saying something weird or risking the look of desperation, he might stop texting as much.

Try changing the topic of conversation or talk about meeting up in the near future. This will either cause the texts to spark up again, or it will indicate something else going wrong.

7. You’re Not Engaging In Him

There is plenty to learn about someone, especially when you first start texting them. You want to know about their work, hopes and dreams, and favorite color.

Double-check your text messages. Is he asking you lots of questions? That’s great. Are you wanting to learn about him, too, though? Are you asking him questions as well?

If the conversation is starting to look one-sided, a guy might start texting less. You’re showing a lack of interest on his behalf, which can appear selfish and off-putting.

That said, always ensure the texts are a two-way street and that you are also showing an interest in learning about him.

8. There’s An Issue In The Relationship

Unfortunately, not everyone is vocal about their thoughts, feelings, and opinions. If you’ve said something he didn’t like, he might refrain from texting rather than being upfront and honest.

If the texts have stopped suddenly, you can look back at recent conversations to see if you’ve said anything that might’ve been a red flag.

In the chance you find something that may have been unappealing, you can bring it up and see if he wants to discuss it.

9. He’s Texting Someone Else

It’s not uncommon for people to text multiple individuals, especially when they’re first dipping their toes into the dating pool.

If you’ve been chatting with a guy for a few weeks, the texts suddenly stop coming often; it may be that he’s zoned in on someone else and is focused on them.

When a guy desires someone else, it will be obvious. Not only will they stop texting you as much – if at all – but there will be less talk about the future, such as going on a date.

When it comes to the infamous “chase” in dating, men tend to do all the work. This can get exhausting and overwhelming over time.

Not only that, but it can be challenging for men to understand when a woman is interested. So, over time, they might pull back because they’re unsure and tired of the incessant chase.

They do not wish that it’s over between the two of you, though. They may want you to do a bit of the chasing.

After all, men want to feel wanted just as much as any other gender, so it’s not surprising that they might want you to chase them for a while.

If you’re really interested in this person, you can try chasing them for a change and see what happens.

Unfortunately (and this is something you won’t want to hear), a lack of texting can mean he’s not interested in you.

This will typically become obvious by short texts and zero desire to hang out in person.

When this problem arises, it’s best to stop texting. He may realize his mistake and come crawling back, or you might move on and find someone with a genuine interest in you.

To learn more, you can also read our posts on why he texted you after two weeks, why he texts you then ignores you, and why she suddenly stopped texting you.

Guys can start texting less out of the blue, but sometimes it goes hand-in-hand with other red flags like not wanting to see you in person or talk on the phone.

Sometimes, a slow in texts can mean that he’s busy with life, enjoying some me-time or time with his buddies, or he’s comfortable and doesn’t need to chase you anymore.

Why Are Ballerinas So Skinny? (7 reasons Why)

Why Do I Hate Showering? (7 Reasons Why)