Why Does He Text Me Then Ignore Me? (11 Reasons Why) 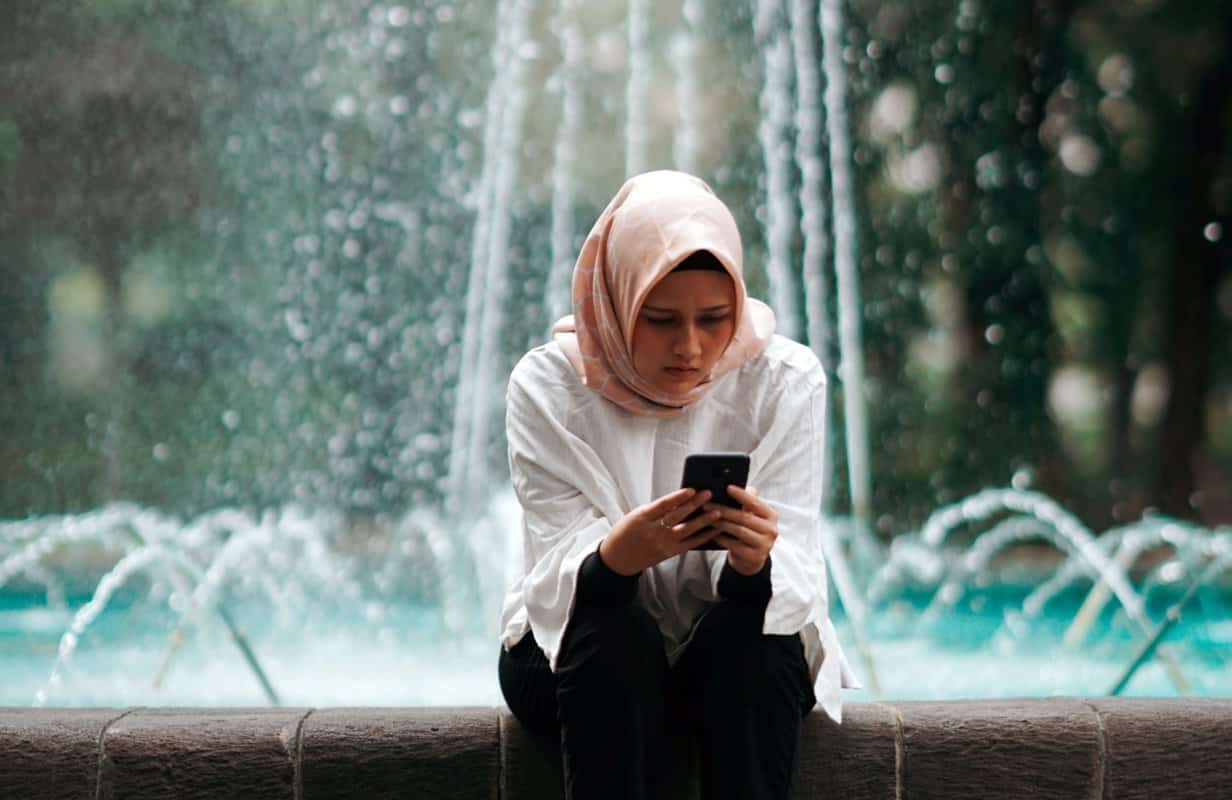 When I was in college, one of the guys I used to date had an erratic texting pattern. He’d sometimes send me good morning texts for an entire month then disappear the next. He also had a habit of texting first and then disappearing when I responded back.

That made me wonder: why does he text me, then ignore me? He can’t be busy all the time, especially since he texted me first. It just didn’t make any sense to me. If you’re going through the same, here are some reasons that might explain his behavior:

Why Does He Text Me Then Ignore Me?

1. He Wants To Test His Hold On You

When a guy texts you first and then ignores you for hours even after you’ve responded immediately, there’s a possibility that he’s testing his hold on you—and that’s not a good thing.

He wants to know how into him you are, and the easiest way of doing so is to see how fast you reply.

The quicker you reply, the more “eager” you are in his eyes, giving him the validation he needs to go on with his day.

This behavior is incredibly common among narcissists, control freaks, and people with low self-esteem. I wouldn’t go so far as to call it a “manipulation tactic,” but it’s close to it.

2. He’s Giving You The “Eye For An Eye” Treatment

It’s likely that he’s texting you then ignoring you straight after because he’s giving you a taste of your own medicine, so to speak.

Perhaps you’ve done the exact same thing before and he’s now giving you the “eye for an eye” treatment. In his mind, this is payback for all those times you’ve texted him first and then ignored him when he responded.

If you think this is the case, it’s best to talk to him about it. It might start off like a silly retaliation game, but if it becomes a pattern, the relationship might become unstable.

The back-and-forth retaliation can end up causing more harm—to you and others—in the long run.

3. He’s Just Checking Up On You

When a guy texts you and then ignores you, it’s easy to think the worst—especially if you’re in the early stages of your relationship.

You’re plagued with questions like: Is he playing games with me? Testing his hold on me? Manipulating me?

Though all three are possible, it’s more likely that he’s just texting you to check up on you.

He has no nefarious intentions; he’s not playing with your feelings or stringing you on.

He’s probably just not a big texter and would rather talk to you in real life, when you’re meeting up for your next date.

If you think that’s the case, find out what’s the best way to reach him and use that mode of communication going forward. Don’t hold his lack of texting against him!

4. He’s Hanging Out With Friends

Another common reason why men don’t text back immediately after texting first is that they’re hanging out with their friends.

He thought of you while he was around his friends so he sent you a message, but then they distracted him or kept him from staying on the phone for too long, preventing him from responding immediately.

It doesn’t mean he’s purposely ignoring you; it just means that he’s having a good time with his friends. He’d probably reply back as soon as his buddies leave.

Sometimes, the simplest explanation is the right one.

If he doesn’t text back immediately even after he texted you first, he’s probably just busy.

He’s not purposely ignoring you; it just so happens that he’s got stuff to do at that moment.

Maybe he suddenly got an email from work, or maybe one of his siblings or friends needed assistance.

Maybe he didn’t expect you to respond immediately and left his phone to charge in another room while he went to watch a three-hour movie.

Of course, he can’t use the “I was busy” explanation all the time. If his texting then disappearing is becoming a bit of a trend, it’s best to talk to him about it.

6. He Doesn’t Have The Energy To Respond Quickly 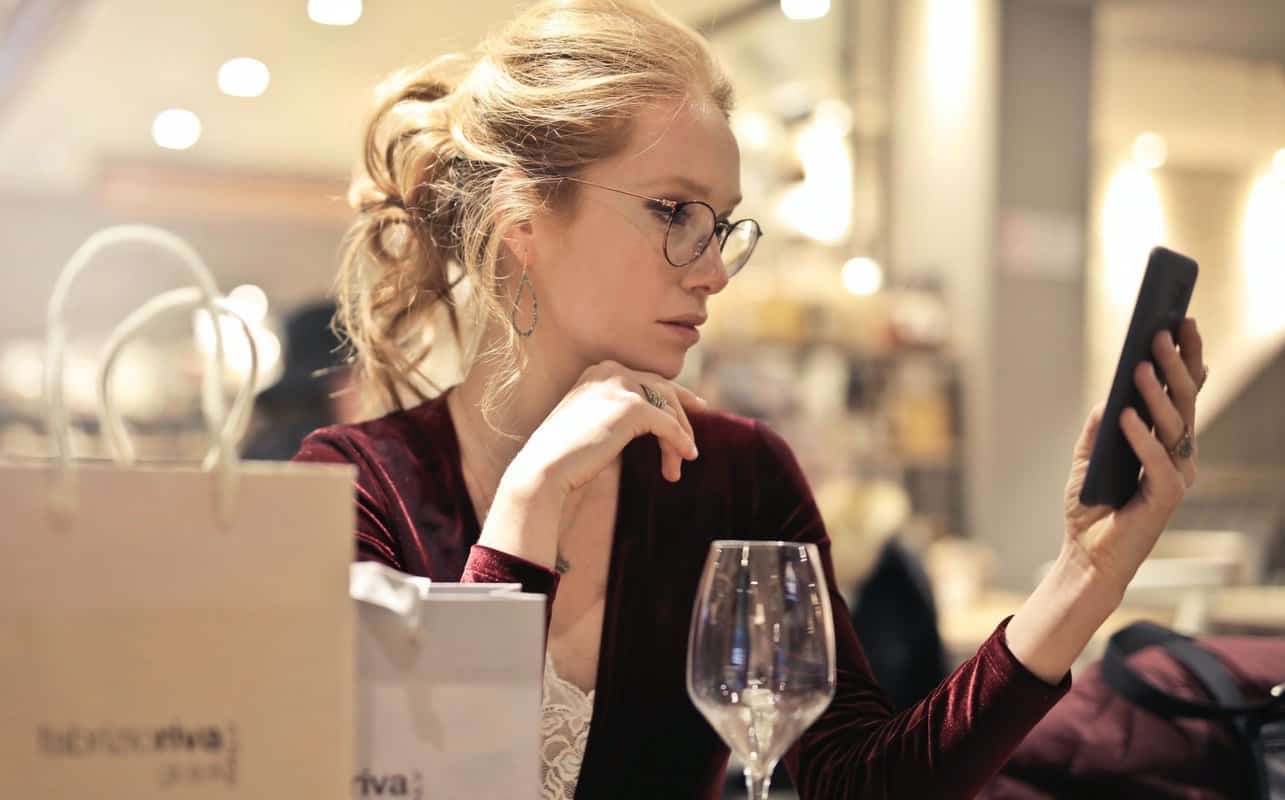 Unfortunately, I’m guilty of doing this way too often.

I’d message my friend at an inconspicuous time—like two in the morning when she’s asleep or five in the afternoon when she’s busy—hoping she isn’t online.

I do this because, though I have no qualms talking to her, I simply don’t have the mental energy to keep up with long conversations.

I don’t want to seem boring or uninterested, so I simply don’t respond when she answers me back. Instead, I’d reply after a couple of hours or sometimes even the next day when my energy levels are a bit more “stable.”

There’s actually a reason for this behavior: emotional fatigue.

Caroline Given, licensed therapist and life coach, puts it perfectly:

“There’s an implied expectation that texting is meant to mirror the dynamic of in-person relationships. This changes the inherent weight of a text, making it feel too emotionally exhausting.”

Here’s another reason why he’s ignoring you after texting you: he’s bored and wants to make conversation, but your responses don’t give him much leeway to start.

This is especially true if you tend to reply with quick, one-word answers or ask typical questions like “what are you doing?” or “how are you?”

These questions are boring and won’t grab a person’s attention.

Even if they do, the whole conversation will be dry and insubstantial.

For him to respond back immediately, take initiative and actually start an interesting conversation.

Don’t be a dry texter; talk about things you’re passionate about and show some personality. If he’s worth your time, invest in the conversation.

Of course, it won’t do if he’s just texting you for the sole purpose of alleviating his boredom.

You’re not an entertainer. He needs to be as invested in the conversation as you. It shouldn’t be a one-way street; don’t do all the heavy lifting.

For many people, texting is hard work. There’s the burden of infusing messages with as much detail and emotion as possible to imitate real-life conversations.

He might not be texting you back because your conversation is heading in a serious direction. Feelings are more difficult to articulate through text, and digitalized texts can potentially be archived forever or screenshotted.

Give him some time to gather his thoughts and he’ll respond when he’s ready. He probably just doesn’t know how to properly respond to your messages.

It may seem like I’m grasping at straws here, but hear me out.

Men aren’t as good at multitasking as women.

Women can shift gears and juggle multiple tasks more seamlessly without completely losing focus. Men don’t, most of the time.

It’s possible that he got distracted while texting you, and replying completely slipped out of his mind.

He probably saw your text and thought, “I’ll respond in a minute,” but forgot. We’ve all been there.

Give him some time to respond. If he doesn’t, send him another message. Just make sure not to bombard his phone with messages, lest you appear too “clingy.”

He might be ignoring you after texting you because he’s playing hard to get.

He probably heard from somewhere that being “unavailable” or constantly busy makes a man more attractive, and he’s testing the theory out on you.

He wants to see how far you’d go in pursuing him.

11. He Doesn’t Want To Look Too Needy

When a guy doesn’t respond back immediately after texting first, it’s possible that he’s trying not to seem too needy or eager early in the relationship.

He’d purposely ignore you for several hours so he doesn’t give you the impression that he’s too desperate to talk to you.

Maybe he was called clingy before and doesn’t want it to happen again, so he’s going out of his way to appear aloof.

In today’s digital era, texting has long since become a part of personal relationships. Receiving text messages from the person we like makes us feel loved and validated. But sometimes, it’s the source of misunderstandings.

If a guy texts you and then ignores you after, the reasons above might explain his behavior. But remember: don’t assume things. If it’s becoming a pattern, don’t be afraid to talk to him about his texting behavior.

Why Does iPhone Location Jump Around? (7 Reasons Why)

Why Does Apple Suck? (11 Reasons Why)