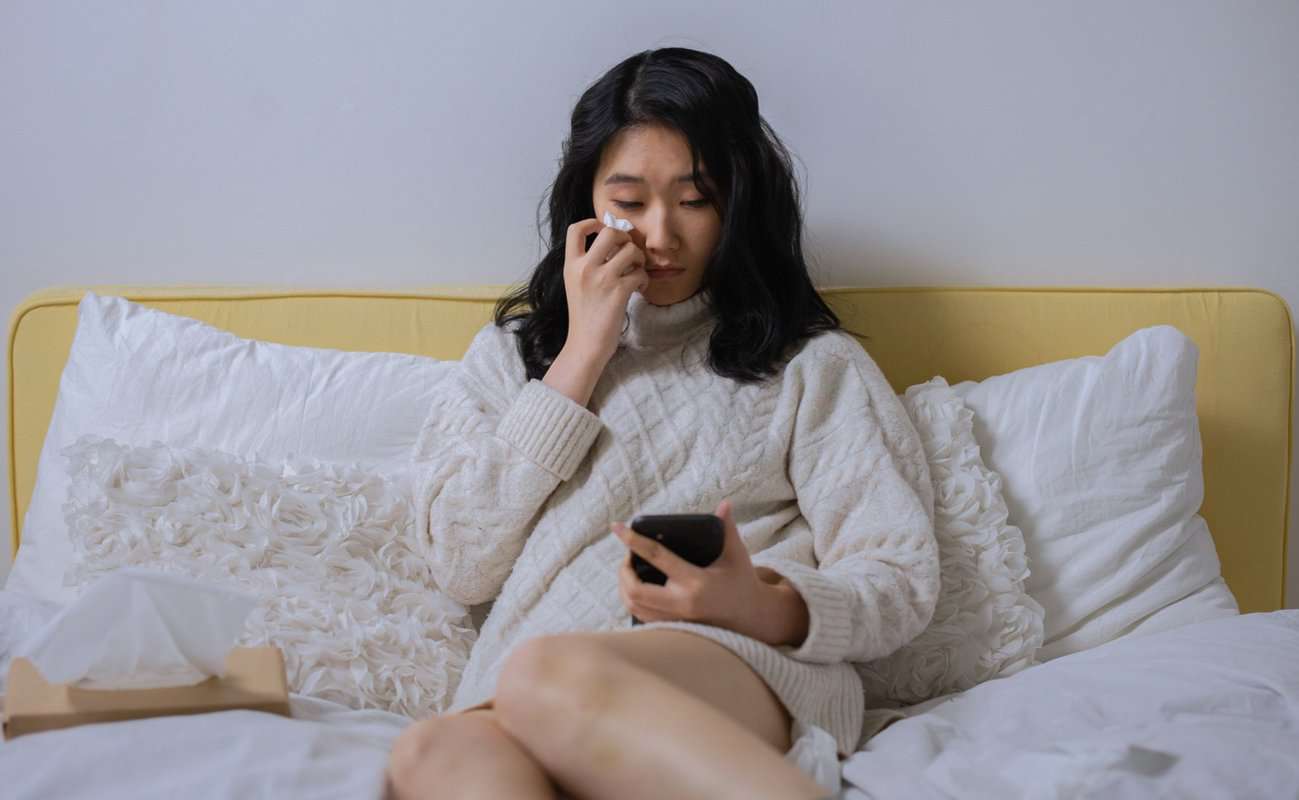 It’s no secret that breakups or bad relationships are tricky. Once you split with someone, it can feel impossible to let go. Some have a difficult time letting their man go at all.

Why can’t you let him go? What about you or him makes it impossible to let your ex go? Is there any hope for this situation, or are you stuck holding on to him forever?

1. You Think He Can Change

There might be a chance that he will change – at least in your head. Maybe he’s not mature, and you think there will be a point where he shifts into this entirely new person.

Unfortunately, unless this trait is new, it’s unlikely he will change. It’s not fair to you to wait on him if he isn’t willing to put in the work for the future of your relationship.

If you can’t let go because you think he might change, carefully consider the trait before holding out hope. Is he angry? Narcissistic? Authoritative? Maybe you’re better without him.

2. You Think There’s A Chance

Maybe there’s hope for another chance in the future. You might hold close to him in hopes that this is just a break, that you will get back together in the future. This issue hurts a lot.

If you think there’s a chance, talk to him. You can clarify things with each other before you move on and pursue different partners in life. You might end up back together.

Nothing hurts more than hoping for a second chance and seeing him move on with another person. If you want to avoid that, ensure you communicate as soon as possible.

3. Your Life Will Change

If you let him go, life as you know it will change forever. It will be a life without him, a life absent from this person you’ve known for so long. Letting him go means altering normality.

Whenever someone significant leaves your life, your world will shift. It’s inevitable, whether with a significant other or a family member. It’s critical to know you can’t avoid it.

If you’re scared of change, take a step back. You’re braver than you think you are. If you give it your all, it’s possible to let go. Life will be different, but you’ll be okay.

4. He Provides A Comfort Zone

We all have that one person we are most comfortable with, an individual that is a comfort zone for us. If you guys split, it might be tricky to let go of the person you can escape to in life.

You mustn’t rely on a person for comfort. Humans are unpredictable, and they can change at any moment. If he provides comfort, it might be time for a change.

You can’t let him go because he is the only sense of peach you ever had. Now, it’s time to explore. Look for a new place where you can relax or a hobby that brings you comfort.

5. You Had A Planned Future

Many people plan for the far future in a relationship. You may have imagined a house, a dog, and three kids. It feels like all of that has fallen away in one big swipe.

Maybe you even changed your plans for the future to fit life with him inside. It might take more effort to get back on your feet after this split from him.

You can’t let him or the planned future go. However, to live a fulfilled life, you must let go of the potential future you had planned with him. 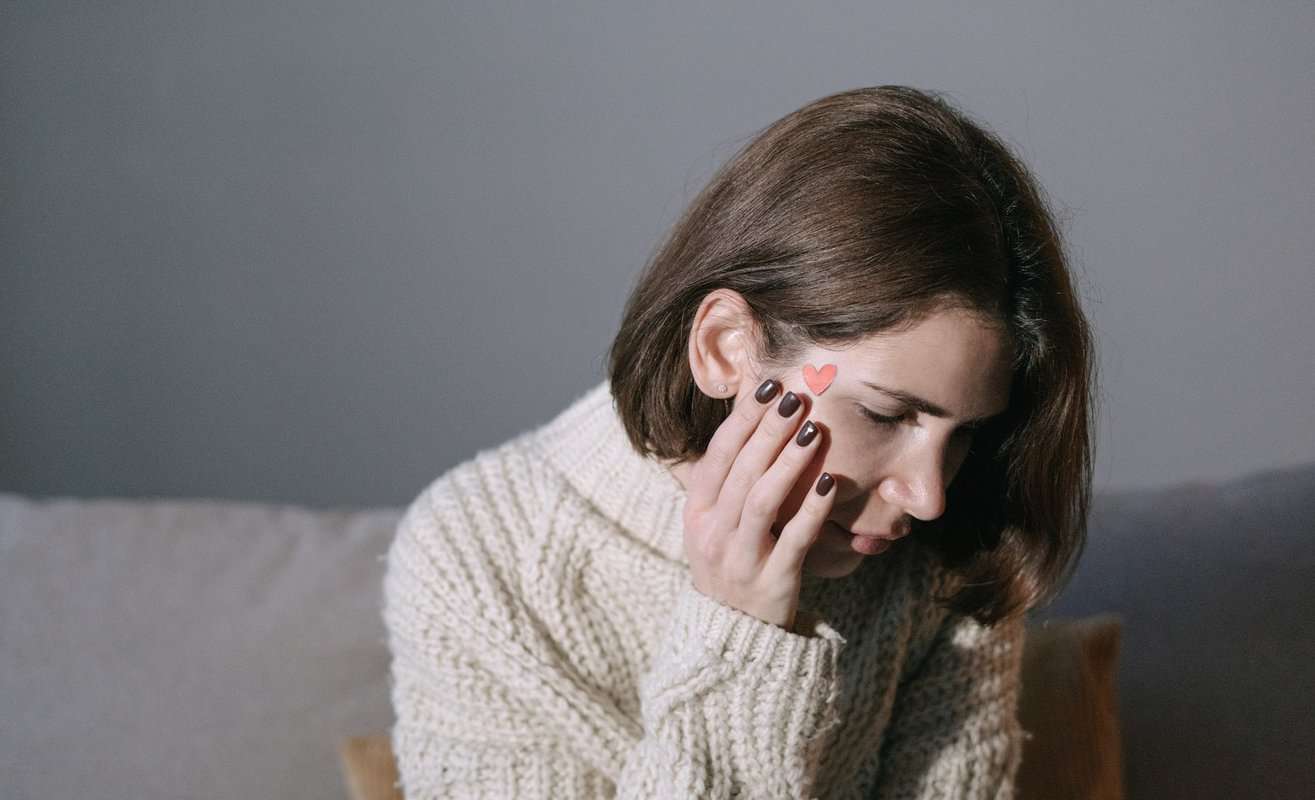 Some people head into relationships in an insecure state, which can lead to a dependency on the other person for security. In a breakup, you are left vulnerable and insecure.

In a relationship, you should depend on each other. However, you should also be your person. Insecurity can lead to an inability to let him go.

The best way to get through this difficulty is to talk to someone. Try a therapist, family member, or a trusted friend. It’s the ideal time to grow through your insecurity.

7. You Don’t Want Anyone Else

Maybe you assumed this person would be your last love. You thought you would grow old with them and die after a long life together. Now, you might have to love someone else out there.

It’s vital to separate fact from fiction in this situation. He might seem ideal – but is that true? Note the flaws he had. He wasn’t a faultless individual.

Once you see him as human, it will be easier to see potential in someone else. You are your person. You can do anything.

8. You Can’t Be By Yourself

Some people depend completely on their significant other. You might be in such a dependent state at the breakup that you can’t stand to be by yourself. This dependency is a problem.

Now that you are by yourself, it’s time to get better. Take yourself on dates. Write in a journal.

If you need company, try joining a book club or going to church. A community will help you let him go.

It’s tricky to admit to failure, even for the strongest people. Do you have friends or family that talk about how ideal you are for each other? These factors make it tricky to let go of him.

For many, failure is not an option. Breaking up is the ultimate failure and it can be tricky to let him go because you feel like you’ll make a massive mistake and disappoint everyone.

Failing is scary, but it’s a step towards growth. Letting him go means growing up in the best way.

Some of us are die-hard romantics. You might want to hold fast to him because you believe in love. You believe that, somehow, the two of you are meant to be together forever.

We’ve all seen the movies where the breakup happens, and the pair find themselves magically together again. Unfortunately, that special moment doesn’t happen as often in person.

If you are a romantic, it’s critical to take a step back and consider who this person is. Separate them from your fantasy and determine if they’re worth latching to for the future.

Many breakups and tricky relationships come with some trauma attached. You might not want to let go because of the emotional scars that have molded you into this person.

If possible, you might consider talking to a therapist about your feelings. They can help you determine if it’s a good idea to stick with him or a feeling you can’t let go of now.

To learn more, you can also read our posts on why you can’t get over him, why he unblocked you, and why he texted you then ignored you.

It’s not unusual to be unable to let him go, but it still hurts. You might be having trouble because you’re insecure, afraid to be alone, or a hopelessly romantic individual.

Whatever the case, it stings to let go of another person. It’s critical to take your time after a breakup and learn to love yourself. If the time is right, maybe he will come back to you.

Why Do Celebrities Wear Sunglasses Indoors? (7 Reasons Why)