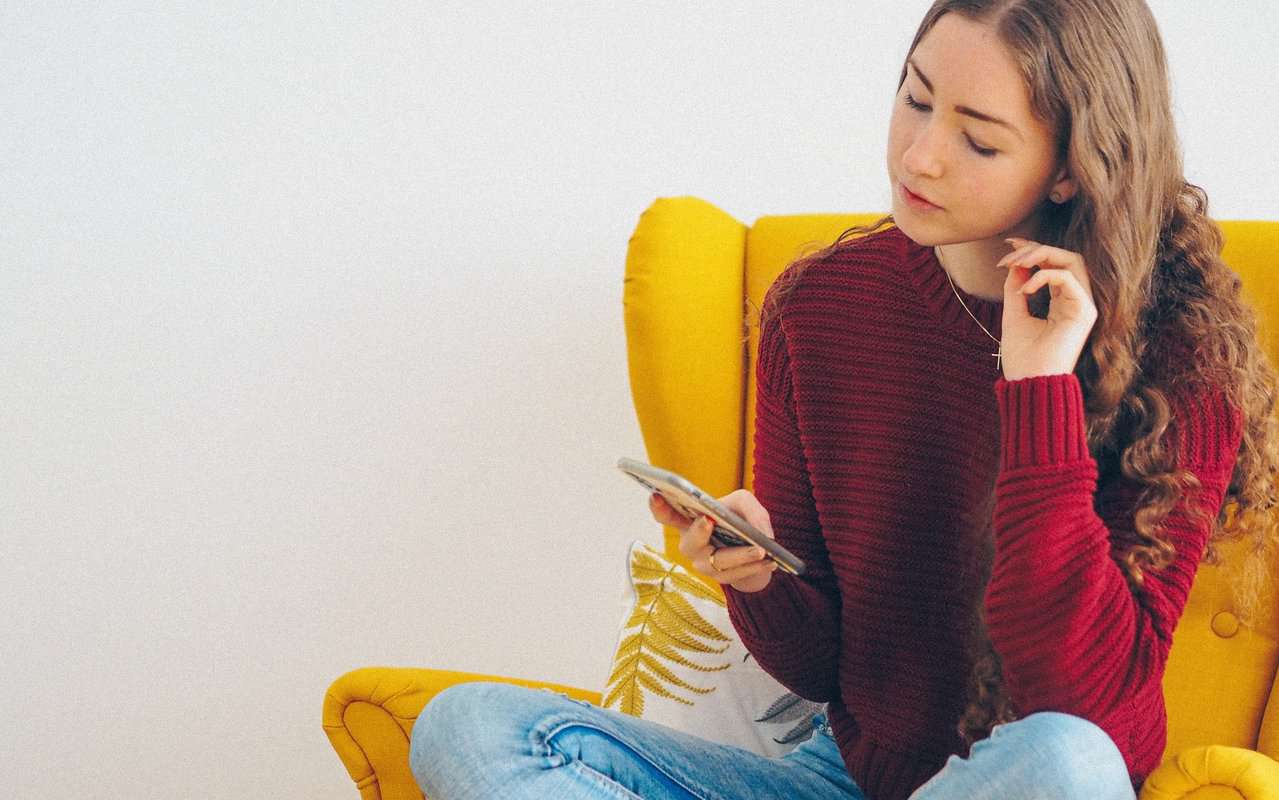 “Why did he unblock me?” is a very common question among women. However, to answer it, one must know enough about both sides of the relationship and their current situations.

In any way, you shouldn’t keep your hopes up high; unblocking you doesn’t necessarily mean he wants you back. Read on for 11 different reasons why he unblocked you.

Why Did He Unblock Me?

Your ex may have unblocked you because he’s not in a happy place right now. He isn’t really satisfied with his life. Maybe he’s lost a job, a house, a friend, or a family member.

Everything can be fine, but he just doesn’t have anything exciting going on in his life at that moment. In this case, all he wants is to get a change in life, and following you is that change.

This doesn’t mean he wants to get back to you. It just means that he might have that something exciting was going on in your life and wanted to be a part of it from afar.

There might be some frustrations in his life. This makes him run to the last person who used to give him emotional support, but just from behind his screen.

Perhaps he unblocked you because he’s bored. He just wants to check up on you for a change. It’s not that he’s unhappy but rather bored enough to stalk you.

Sometimes, we look up childhood friends out of boredom. It doesn’t necessarily mean that we miss them per se. It might just be a fun pastime.

In this case, it’s recommended that you don’t initiate any contact. Any move on your part may result in a fresh new block.

Some people are manipulative. Try to remember how he was. For instance, is it like him to mess with your head? He might be trying to get back at you for some reason, and only you can tell.

Read More:  Why Do Cheaters Get Angry When Caught? (9 Reasons Why)

He might have heard from a mutual friend that you’re doing fine. Some people won’t feel happy for their ex-partners. He probably doesn’t like that you’ve moved on after the breakup.

If you know he’s one of those people, you should be extra cautious not to fall into his trap. He’s planned it all just to annoy you and make you suffer. Don’t give him that pleasure!

There comes a time in everyone’s life when they feel nostalgic for some good old days. We often wish to bring back an old situation or relive a feeling. This can happen to everyone.

Nostalgia makes you romanticize the past in a way that glorifies every incident. It makes him believe that your relationship was the best, even if it wasn’t.

There’s a catch here, though!

Nostalgia is a temporary sensation. So, if things heat up and he contacts you, make sure of his feelings before you get back together.

Curiosity is perhaps the most common reason for unblocking an ex. A while after the breakup, your ex might get curious to know how you’ve been doing after him.

Curiosity doesn’t always mean love. He’s just immature enough to stalk you to make sure you haven’t moved on.

He might have heard that you’re in a new relationship or happy with your current situation, and he decided to find out for himself.

The chance of getting back together is quite slim. He just wanted to make sure whether you’ve won the breakup. He wishes that you aren’t really doing better than him. 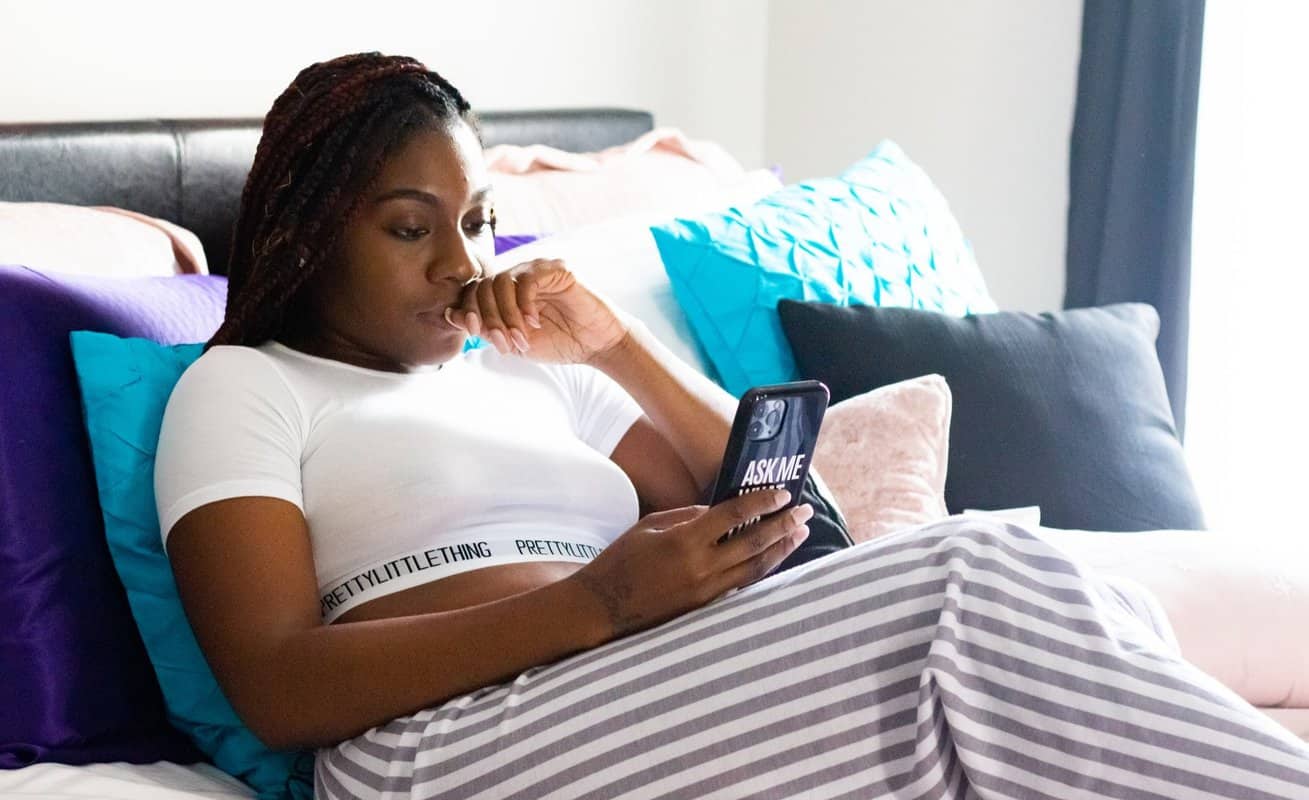 A block can be the initial reaction after a breakup. However, your ex may calm down and realize after a while that it was all a mistake. This might be the reason behind the recent unblock.

Perhaps this block wasn’t so bad after all. It’s possible that you both needed some time and space to sort things out. Being apart can help you see things in a different light.

Read More:  Why Do Girls Go To The Bathroom Together? (7 Reasons Why)

It’s probably not the best idea to get back together because a block is rather drastic and can hardly be forgiven. It means that this person could—and might have wanted to—live without you.

You definitely know better about him and his motives. However, we advise you to think twice before making amends.

Perhaps he blocked you in the first place because he hated you for dumping him. However, after some time, he might get over his hard feelings.

This is especially true if he’s happy with his life. He may have a successful relationship, a good promotion, interesting friends, or a satisfying job.

Therefore, if he doesn’t hate you anymore, he’ll certainly unblock you. After all, you’ve had some good memories together!

8. Water Under The Bridge

A block is a sign that you’re important. He loves you but can’t stand seeing how great your life gets after him. However, if he’s over you, there’s no point in keeping you on his block list.

If this is the case, don’t expect him to contact you. He simply lost all emotions towards you. Such neutrality may be a result of a successful relationship or simply growing up with time.

Even if he does try to reach out to you, don’t keep your hopes up high. He only wants to make amends to ensure that there are no hard feelings. He doesn’t really want you back.

A block can sometimes be a sign of immaturity, especially if it was right after a breakup or a fight. Time has great healing powers that can change people utterly.

Your immature ex, who blocked you right after your breakup, has matured now. He unblocks you because he has gained enough emotional maturity to accept your separation.

Read More:  Why Are Women So Beautiful? (11 Reasons Why)

10. Single And Ready To Mingle

He probably needs you because his rebound relationship has failed and he’s looking for another. Run for your life, for this is an endless loop that you don’t want to get yourself into.

If this is the reason he unblocked you, he will most probably call very soon. However, you should ignore his first call or text. He might not repeat it.

If he keeps contacting you, answer politely, letting him know how you truly feel about him. Remember that you’re not obliged to do anything, not even reply to his messages.

If you spent a long time together or had a truly serious relationship, you might have some logistics to discuss. In this case, he’ll certainly unblock you after the storm has cleared.

Perhaps, he wants to discuss who should take care of a shared pet or even a plant. He might want to discuss some arrangements you’ve had together before the breakup.

It doesn’t mean that he wants you back. It simply means that you’re grown-ups who should deal with their problems bravely.

To learn more, you can also read our posts on why she unblocked you, why your ex wants to be friends, and why you miss her so much.

Why did he unblock me? There are several reasons why. He might be playing games, bored, or curious. Perhaps he unblocked you because he’s over you or stopped hating you.

Other reasons may include that he regrets blocking you, wants a serious conversation, or is very nostalgic. No matter what it is, don’t rush into anything, and think twice before any move.