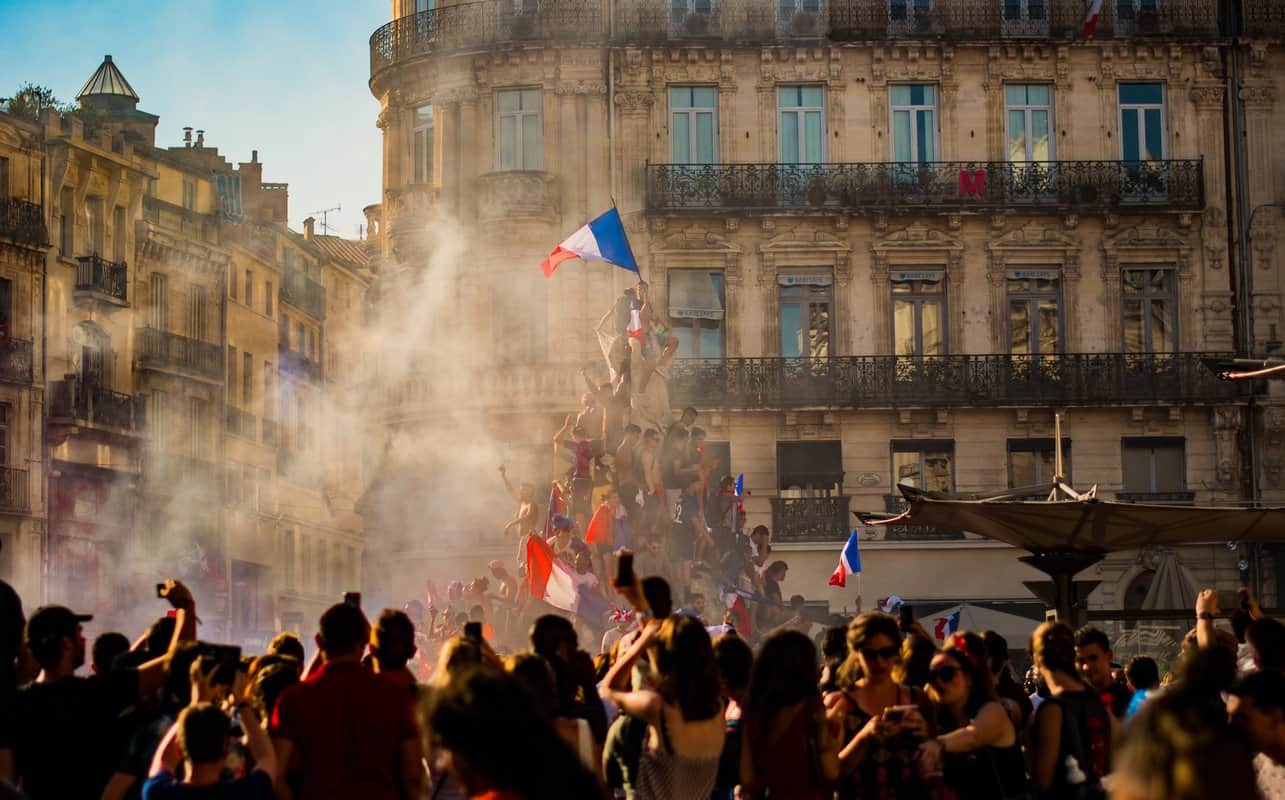 French people have made quite a name for themselves, with claims of arrogance, hardcore nationalism, and general dislike of foreigners. This has made the country fairly notorious.

If you’ve been curious about where the French hate comes from and why people keep voicing their dislike, year after year, continue on to find out what I’ve found on the neverending hate.

Why Do People Hate The French?

As we all know, bandwagons are a thing that seem to come and go. French hate has become solidified with its meme status. People will now jump on the French hate train because it’s the in thing.

If you ask some people why they hate the French, a good portion wouldn’t even be able to tell you why. It’s an internet trend that simply refuses to die out.

One of the common things that people claim to hate French people for is that they tend to come off rude, especially to those that are tourists in France.

Some of this stems from the fact a lot of people go to France without speaking the language. This seems to irritate a large portion of their population.

An entire group of people can’t be painted with one brush, but do keep in mind that how you approach the people of France will determine how helpful they are to you in return

In France, you will find plenty of helpful people, but do be aware that if you aren’t even trying to communicate in their native tongue, they may outright refuse to even communicate with you.

It’s no surprise that France has been totally romanticized as “The City of Love”, with its stunning views and cool places to visit like the Eiffel Tower. Pictures make it look amazing.

However, Paris, like most large cities, is plagued with dirty streets. This ruins people’s perception of the city as a whole. It shouldn’t be unexpected though, with 2.1 million people living there.

Paris may actually come as a disappointment, especially if you are traveling without having ever been. There are plenty of other places to visit in France though that radiate the romantic feel.

Actual tourist sites are known to be kept clean and usually the surrounding streets because it’s how they make their revenue. Going off the beaten path will yield different results, however.

Only 54% of French people surveyed stated they would get the Covid vaccine when it’s available, the lowest of all countries that were asked.

Someone wanting to travel during these trying times may find this information off putting because no one wants to go on vacation and end up having to be quarantined due to illness.

A lot of people mock them for being cautious or afraid of the vaccine. This has just added fuel to the hate train, which doesn’t seem to be improving.

France now has a decent amount of vaccines administered. Many contribute the fearfulness at the beginning to the vaccine being brand new and questionable.

Everyone has heard the jokes of the French being cowards and constantly surrendering in wars. Notably, their most significant surrender was during WWII.

Now, statistically, France has not surrendered more than any other nation. However, when they did surrender it was during a significant war and that’s most likely why people won’t let it go.

They also lost a significant number of men during the Franco-German war, where Prussia defeated France.

France is known to have strong Nationalist views. Their love for their country has been mocked because of the arrogance they have for their own nation.

Read More:  Why Are Indian People So Smart? (9 Reasons Why)

Tourists find that when they go to France they are met with a lot of anti-foreigner views. Many tourists feel like the French people think they are better than anyone else.

With the French, it seems to be a completely different game. You’ll always be able to find a friendly person anywhere you go, but on average people tend to find the French very standoffish and arrogant.

There are stereotypes of French people doing nothing but chainsmoking, eating baguettes, and being very sexual. These stereotypes may apply to some, but not all.

For some reason, people have a general dislike of the way French people live their lives and how they act in general. It’s hard to pin down how much truth is based on these claims.

This disconnect likely comes from countries like the USA being more uptight and repressed. While the French are less likely to view things of a sexual nature as taboo.

This touches back on their nationalist views. A major problem in France is that a large portion of the population is against immigrants, especially refugees.

This has been a problem for a while and it’s something that is brought up in other European countries frequently.

All countries have their hardcore nationalists, but the French sometimes do take it to another level that definitely reeks of genuine racism.

These social issues are fairly significant. While the average number of those holding racist beliefs is lower than in other countries, it’s still a very big problem for the country and its image.

Surrounding European countries and even places like the USA have taken issues with how French people tend to act when they travel outside of their country.

It’s obviously not all of those from France that behave rudely when traveling abroad, but all it takes is one bad experience for an entire view to be shaped. This is how stereotypes are born.

Often, people that get treated poorly by French tourists will paint the entire population with one brush.

In other European countries like Britain, they have a semi-friendly rivalry because they have been against each other in wars before.

While there is sometimes genuine hate between the countries, many times it’s simply them joking with one another. This is common between countries that have been on opposite sides.

France had been a very strong Catholic state for a very long time. As time moves forward, you’ll see a lot of anti-religious sentiment.

Because there has been a rise in anti-catholic feelings, many people tack that on to the French. Which is slowly diminishing as time goes on, but that still hasn’t changed the perception.

To learn more, you can also read our posts on why French people are so rude, why the French hate Americans, and why Americans are so entitled.

A lot of the French hate can be attributed to memes and jokes. People generally don’t hate the people of France as a whole, but it’s simple bandwagon hatred.

Now, the perceptions the rest of the world has of France may have some truth to them, but remember, a majority of the population are just trying to live their lives the same as everyone.