Why Were Bonnie And Clyde Idolized? (11 Reasons Why) 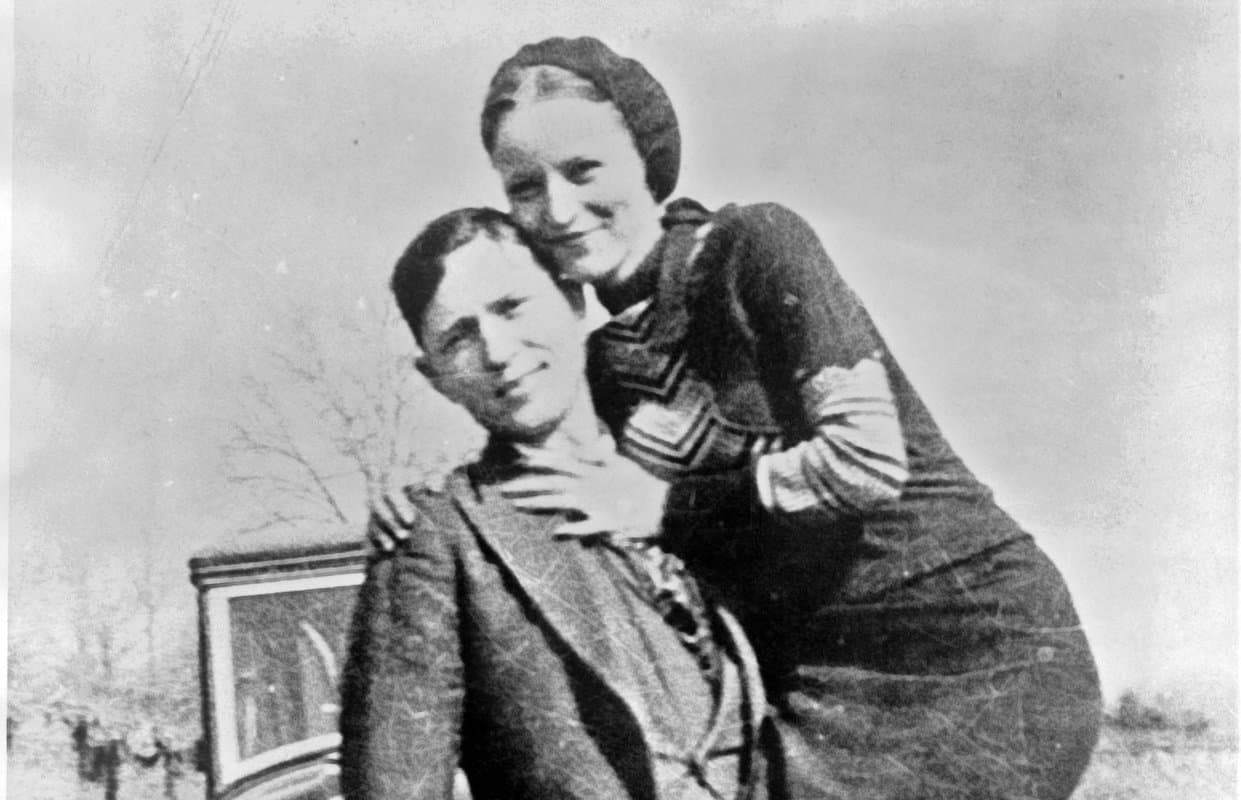 Bonnie and Clyde were a notorious couple who went on a massive crime spree in the early 1930s. It ranged from robbing banks, to kidnapping, to murder.

All of America watched as the police and FBI hunted the couple. Despite the country knowing their crimes were deadly they still idolized them. Below are 11 reasons why.

Why Were Bonnie And Clyde Idolized?

1. America Was Facing A Depression

Bonnie and Clyde’s crime spree came about in the era of the depression. People everywhere needed something to distract them from the harshness of life.

While people were waiting in line for a loaf of bread to feed their families for the week, the stories of the couple’s escapades gave them a way of escaping the stress.

2. Bonnie And Clyde Were Revered

Bonnie and Clyde were seen as the Robin Hood of the times. They not only robbed the “rich,” but we’re also battling the police and FBI while on their crime spree.

Their bank robberies were frequent but they only got small amounts, never more than $2000 at a time. Their escapes from the police and FBI at times were real nail-biters.

3.Bonnie And Clyde Were Worriless

At a time when people were constantly worried about where their next meal was coming from, people who seemed to have no worries in life were appealing.

People didn’t agree with their crimes but the thought of racing cross-country, worry-free, was a wish most Americans had at the time.

4. Bonnie And Clyde Were Admirable

At the time, the government was failing the people, the couple took what they wanted, when they wanted. People kind of agreed with the couple.

Some people felt squashed under the thumb of the government. The couple showed little respect for authority and many Americans were beginning to feel the same.

5. Committed Crimes As A Couple

At that time crimes were mostly committed by men and knowing that Bonnie and Clyde committed them together romanticized their crimes into adventures of two people in love.

It has actually been found that in most instances, Bonnie was the getaway driver and didn’t commit most of the crimes.

Bonnie and Clyde paired up with another man, Clyde’s brother Buck for most of their crime robbery jobs. Buck’s wife Blanche came along for the ride as well.

At one point they also paired up with two others, Ray Hamilton and W.D. Jones, to commit robberies and kidnappings.

There were mumblings of whether the couple were actually in love committing crimes together, or if they were just two criminals not able to see a way out.

6. Bonnie Was A Revolutionary 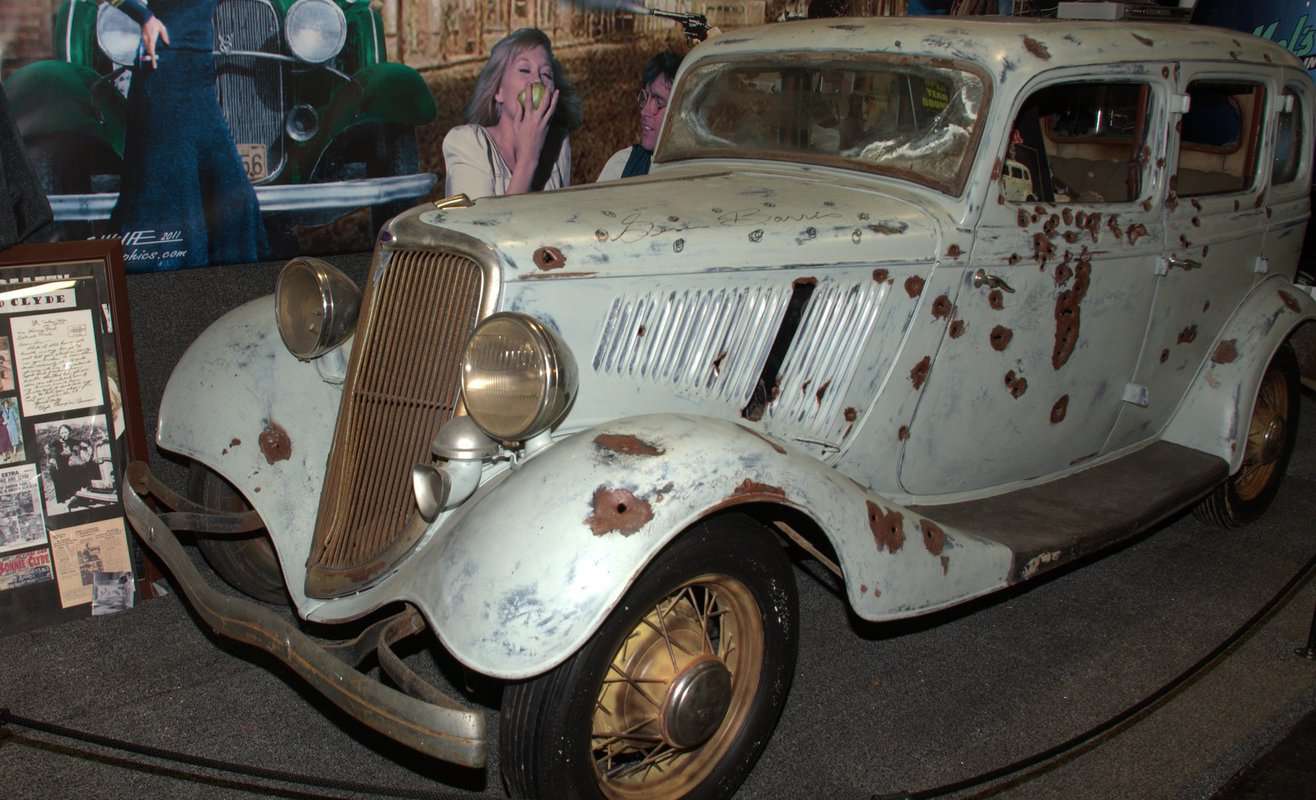 Bonnie was seen as a cigar-smoking, gun-toting, rebel of a woman in days when women just did not behave that way.

This led to public fascination and they wanted to find out what taboo thing she was going to do next.

Bonnie was known to do poses in pictures holding guns and smoking cigars, all extremely unladylike at that time.

Newspapers played a massive role in how famous the couple became as well. Their story gave the papers something new to write and got their creative juices flowing.

At the time all of the news was bleak and dark and the only stories were generally about the scarcity of things due to the depression.

It got people excited and eager to read the paper again. Everyone was hungry for the distraction and clung to it strongly.

8. Bonnie And Clyde Had Gumption

Although the public knew the crimes committed were deadly and wrong they connected to the couple because of their style.

Their daring acts were hard to believe and exciting to hear. They robbed banks to get the money to live, stole cars for their travel, and ran right past the police.

Bonnie was also married to another man who was in prison so the fact that she was running with another man was scandalous all on its own.

Undeveloped pictures, believed to have been taken by Bonnie herself were found at a raid on a hideout for the couple and used in wanted posters and in newspapers.

These made the couple personable to the public and allowed the readers and public to put a face to a name. This increased their want for more information on their antics.

Some photographs were of her, holding guns with her foot propped on the bumper of presumably stolen cars.

Other photographs were of Clyde in front of some of the same cars with guns displayed in the grill.

10. Bonnie And Clyde Were Notorious

They repeatedly eluded the police and FBI, raising their notorious status. Unfortunately, some of these hair-raising escapes ended with police officers dead.

They kidnapped numerous people but normally dropped them off far away from home. Occasionally giving them money to get back home or get some lunch on the way back.

Bonnie and Clyde ended up dying dramatically, riding into an ambush where the police mowed them down with gunfire. It was a last-ditch effort to stop them and it worked.

11. People Lived Out Their Fantasies

In the 1930s Americans had hatred toward things like banks and businesses because they were doing well while the economy around them was tanking.

Bonnie and Clyde defied authority by robbing banks and eluding the police. Because of this, the public was allowed to live out their own fantasies.

People still to this day live out their fantasies by dressing up as the notorious couple for costume parties and Halloween brandishing fake machine guns and unlit cigars.

What is believed to be the original car was displayed in Nevada, with a letter of authenticity and Clyde’s bloody, bullet-ridden clothing taken off after he died.

The original car was sent to the Ronald Reagan Presidential Museum until it was relocated in 2022 as part of the “FBI: From Al Capone to Al Qaeda” display.

The car is reported to have a grand total of 112 bullet holes and was nicknamed “The Death Car”.

Another intriguing point was the car they died in. A ‘34 Ford Model 40B Fordor, one of the first Fords with a V8 engine. So, it was faster than most police cars then.

There are lots of remakes of their car found today, most are remakes used in movies based on Bonnie and Clyde’s story.

2. Bonnie Was A Poet

Bonnie wrote poetry, the two most famous being “Suicide Sal” and “The Trail’s End” which gave foresight into her and Clyde’s death two weeks later.

Previous obsession of the couple, to the point of cutting off Bonnie’s hair while she slumped in the car full of bullet holes, still leads to the interest of today.

To learn more, you can also read our posts on why Margaret Thatcher was hated, why Stalin was feared in the Soviet Union, and why Princess Diana was so loved.

Bonnie and Clyde robbed people, kidnapped, killed, and eventually met their end in a spray of bullets. They were young and in love and captured the attention of the masses.

Despite some of the more horrific crimes they committed, the distraction from the hardships of the depression was welcomed and people idolized the couple.

Why Does Water Taste So Good? (7 Reasons Why)