Why Was India Called The Jewel In The Crown? (9 Reasons Why) 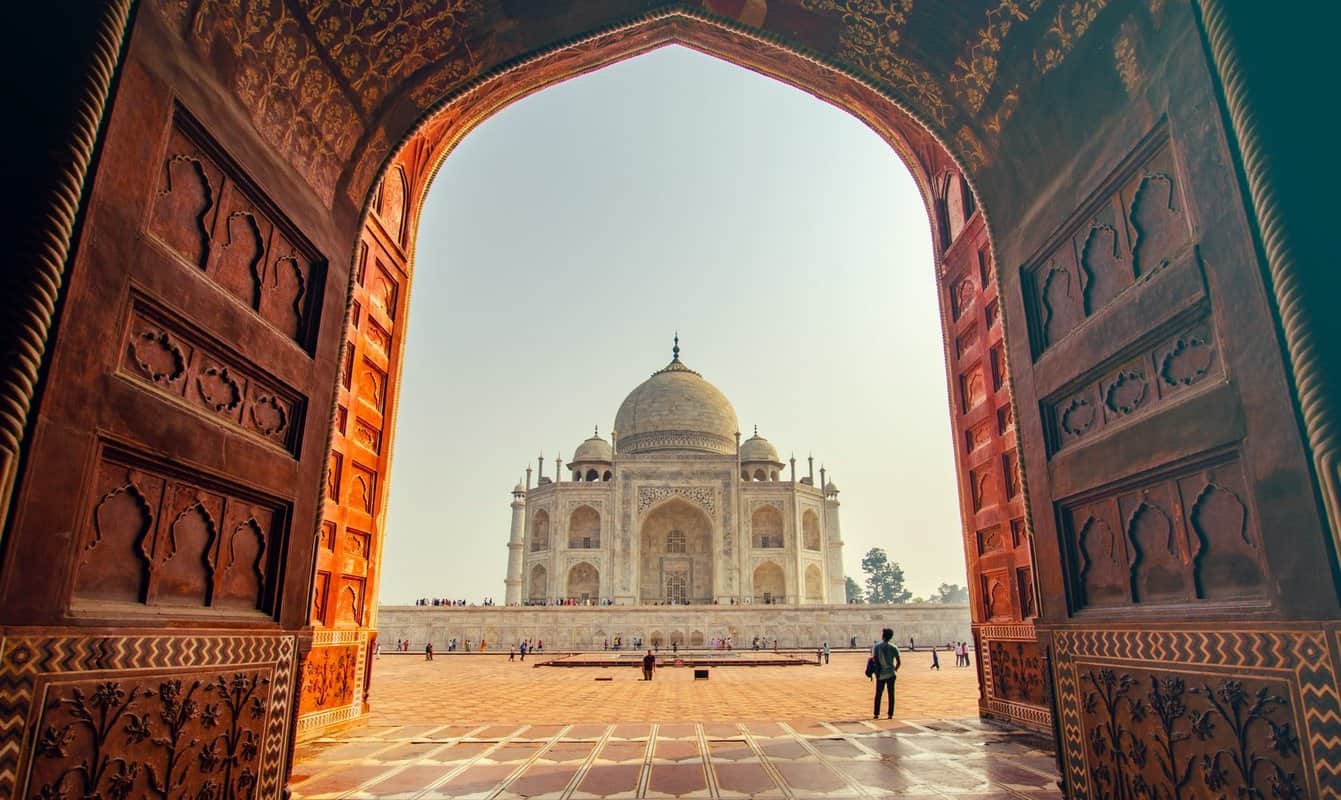 The title “Jewel in the Crown,” is a term used to describe something precious or valuable. During the British Empire, India was the jewel to the Empire’s crown—hence the name.

India has long lost this title, but have you ever wondered why it was dubbed as such in the first place? Why was India called the Jewel in the Crown? Let’s find out!

Why Was India Called The Jewel In The Crown?

1. India Was A Wealth Of Resources

Back when the British colonized India, the country had all sorts of goods the Empire wanted.

From spices to cotton to high-quality textiles, there was little India didn’t have.

India was chockful of natural assets and resources, which helped the progress of the British Empire during the Industrial Revolution.

It was a major supplier of raw materials, which the empire was more than happy to milk dry for their own benefit.

2. India Had Lots Of Jewels And Jewelry

Before the British Empire exploited India’s natural assets, India was a deeply rich country. It had natural deposits of sapphire, ruby, garnet, diamonds, and other stones.

The British invasion gave the British free reign over India’s treasuries, which were filled to the brim with precious jewels and artifacts.

There was also the Nassau Diamond, which was originally taken during the 1818 Anglo-Maratha war.

Let’s not forget the Tipu Sultan’s ring, which was supposedly taken from the sultan’s body after his death during the Fourth Anglo-Mysore War of 1798 to 1799.

I could go on and on—that’s not even touching the surface.

3. India Was A Colorful Country

If there was one thing that jewels and India had in common, it’s the fact that both were bright and colorful.

India has always been a colorful country thanks to its grand festivals, elaborate costumes, and bright food.

But back when the British invaded India in the 1600s, India’s love for color, tradition, and festivals was something that the British Empire had never seen before.

Hence, India was dubbed the Jewel of the Crown as an adage to how colorful the country was.

4. India Was Strategically Placed For Trade

India was dubbed the Jewel in the Crown because the country was strategically placed between England and China, making it the perfect passage for the silk trade.

India was linked with the ancient Silk Road with three probable routes: via Purushapur, via Gilgit, Srinagar, and Karakoram Range, and via Kapisa, Hadda, and Bamiyan.

These posts made it easy to trade with China.

Britain took millions of rupees of raw silk materials and sold the transformed materials to the neighboring countries on the Silk Road.

5. India Had A Huge Population 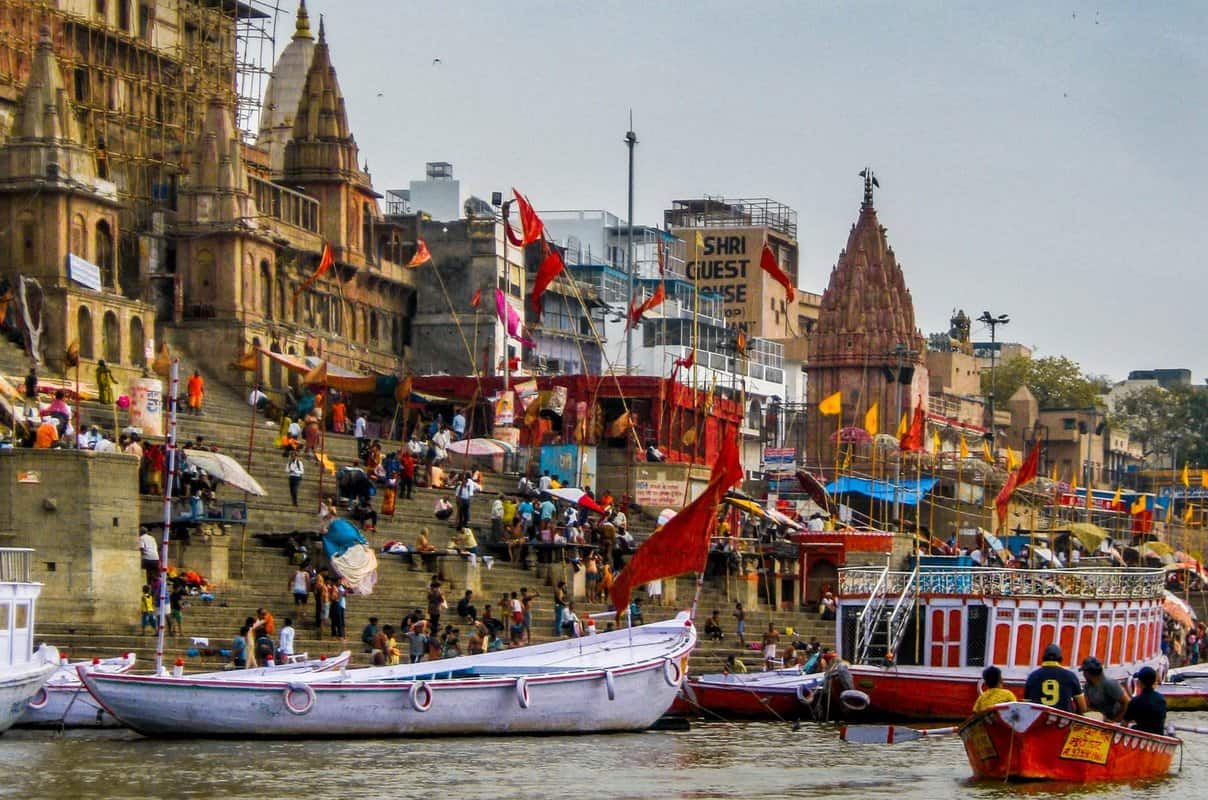 Even before the boom of the population in the 19th century, India was rich in people.

India’s population was remarkably high compared to other countries—300 million, whereas most only had 100 million— and the British were able to capitalize on that.

Much of Britain’s wealth back then came from taxing Indian people. Britain earned as much as 12 million pounds a year from Indian taxes alone.

Furthermore, the British took India’s manpower and used it as the backbone of their military power. There were significantly more Indians than British people, so Britain “hired” Indian troops to control their empire up until the 20th century.

Before the British Empire took over India, India operated the biggest handloom weaving industries in the world.

But when the Empire took over the country, the handloom industry eroded into nothingness.

British textiles were mass-produced by machine rather than hand, which resulted in a flood of carelessly-designed British cloth.

India’s manufacturing base suffered greatly because of this, because why would people buy handmade items when mass-produced items were dozens of times cheaper?

Cheap, factory-made cloths replaced hand-woven fabrics, and Indian weavers lost their jobs due to the shutdown of handloom units.

7. India Was The Most Valuable Of All Of Britain’s Colonies

India was the Empire’s biggest and most valuable investment. Back then, India owned 23% of the world’s GDP. It had trade links, resources, gold, and manpower—and lots of it. The British Empire benefited from all this.

It’s important to note that India wasn’t the only country the British colonized.

They also took over the majority of North America, New Zealand, Africa, as well as small parts of South and Central America.

But none of these countries were as rich as India. They ruled India for 200 years for a reason—and they would’ve kept the country under their grasp if it wasn’t for the Naval Mutiny.

India was a large and relatively powerful country, with tons of resources for the taking.

With India, Britain was able to own the Indian Ocean and further expand its reach in the rest of Asia and Africa.

The possession of India was one of the last things standing between Britain from becoming a World Power.  This made India a jewel in the British crown—a source of pride for the Empire.

Though not as technologically advanced as other countries in the early 17th century, India still had technology in abundance.

The British Empire took these technological advancements and fitted them to match their own system, helping them industrialize their trade.

India was called the Jewel in the Crown because India had a wealth of natural assets and resources to plunder, such as spices, textiles, precious stones, and cotton.

India was one of the most valuable countries the British had colonized. The country was immensely colorful and beautiful when the Empire invaded—as beautiful as jewels. This made India the jewel to the Empire’s crown.

Why Am I Scared Of Heights But Not Flying? (7 Reasons Why)