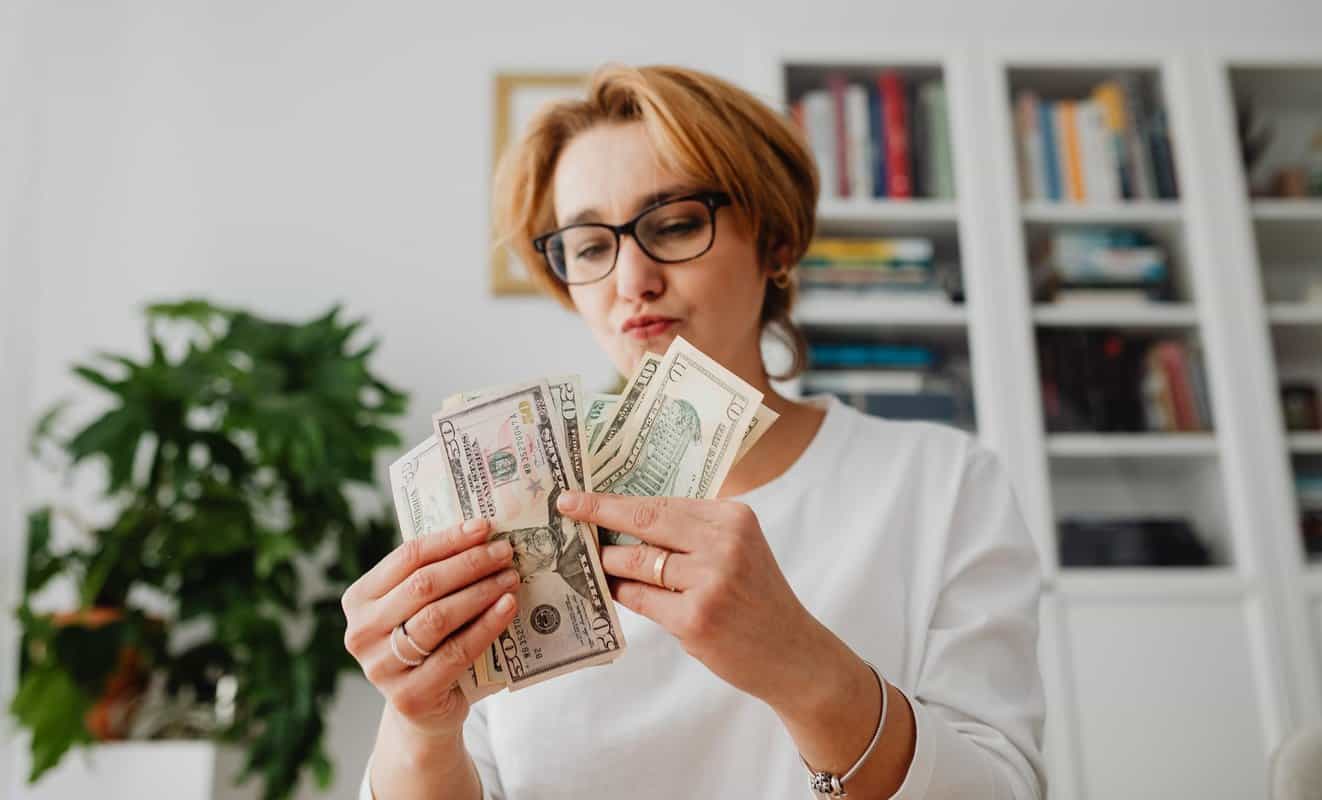 Money is always considered a sensitive topic that nobody talks about. You’re not supposed to ask about someone’s income, rent, or even mortgage.

We’ve all grown up being told not to discuss money with others because it’s impolite and rude. So, why is it rude to talk about money, exactly? Read on to find out.

Why Is It Rude To Talk About Money?

“Shhh, it’s rude” and “We don’t talk about that” are some common sentences you’ve probably heard growing up when you talked about certain topics, like politics and religion.

Money is one of these topics that are considered a social taboo to bring up.

Consequently, it has always been a social no-no to ask someone how much money they make, how much is their mortgage, or what their financial situation is.

That led to many grown-ups not being able to manage their financial status properly.

Of course, it’s not the case with all people. You probably have one or more friends that you can talk to openly about anything.

If you have that one friend, you’re lucky because talking about those sorts of things helps a lot in regulating and organizing your thoughts.

2. Could Become Too Embarrassing

Both have got a point!

Some people are mostly embarrassed talking about how much they spent on a certain object or a certain meal. They fear the judgment they see in other people’s eyes.

People’s needs are different, after all. What is essential and important for you might be a luxury for others, and vice versa.

Do you know that nosy neighbor everyone is avoiding? We all have that one person in our lives.

Read More:  Why Are Nickels Bigger Than Dimes? (5 Reasons Why)

That person is like that old lady who’s always curious, asking others about things that are none of her business.

She asks questions about what they do for a living, what their salary is, why they’re not married yet, all these sorts of annoying and sometimes sensitive questions.

As a result, you automatically and subconsciously avoid talking about those topics, including money, in fear of being considered nosy.

This may be the most legitimate reason. You may disagree with some points, but this specific one is considered common sense.

When someone is in need or disadvantaged, it’s really rude to talk to him about money. In such situations, talking about how much you make or spend could hurt someone’s feelings

Talking about money can sometimes cause conflicts, especially among partners. It might be too rude to ask your partner about his/her spending habits.

Oftentimes, you might get into a fight trying to convince your partner to cut down on expenses. Not to mention the talk about signing a prenuptial agreement!

That’s why it’s an extremely sensitive topic, especially between couples, because some people perceive this as a sign of mistrust. 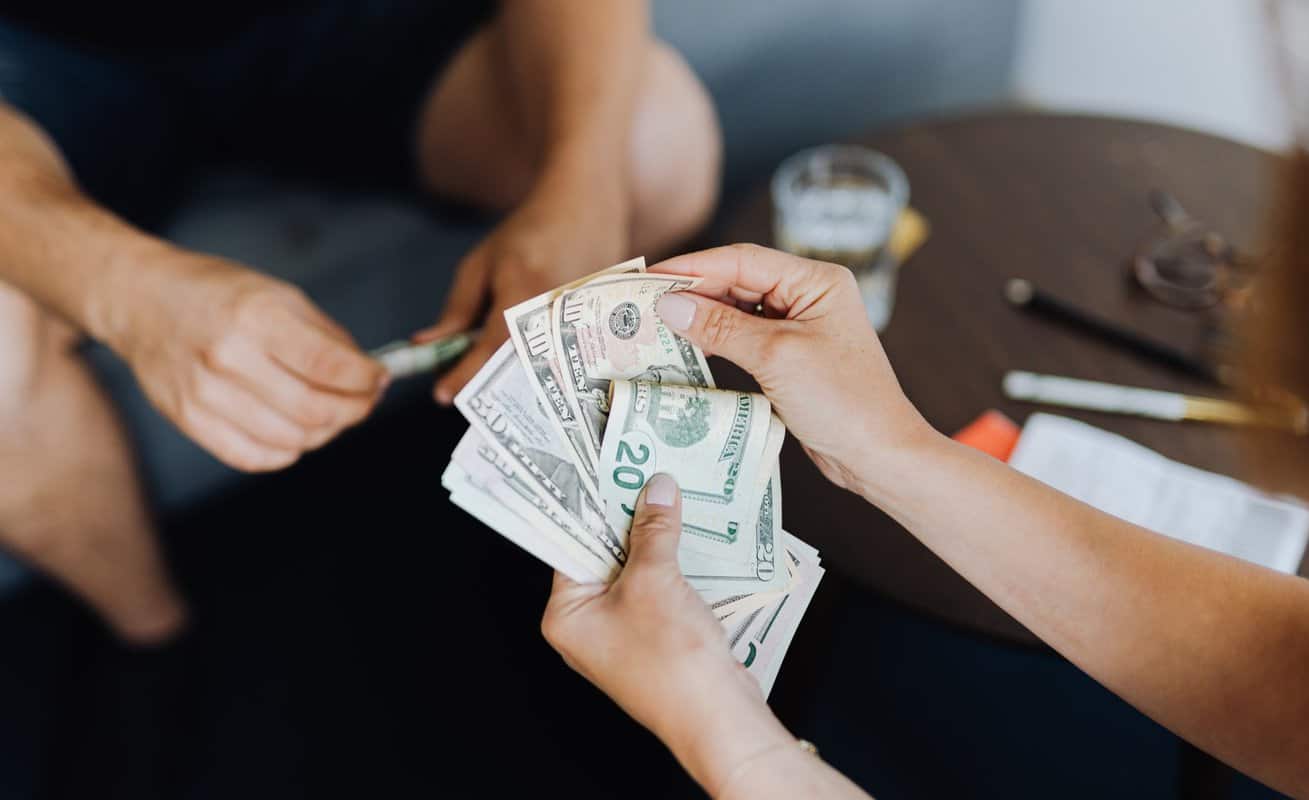 A great number of people think that money is the key to happiness. They envy those who have money, especially when they get it easy.

They don’t think that this specific person deserves to have that much money, particularly when they know he doesn’t work as hard as they do. This often creates what is called upward classism.

Read More:  Why Do Stocks Spike After Hours? (9 Reasons Why)

Healthy competition is a great thing to engage in, as it helps keep you encouraged. When money interferes, however, it stirs up comparisons that may lead to negative consequences.

Money, for some people, is a constant source of stress. People are continually comparing their lives with other people’s, and they have a point.

Unfortunately, almost always, people who are working the hardest are the ones who are getting paid the least, and this is just frustrating for many.

That said, when it comes to your workplace, talking about money should be normalized. Yes, it creates comparisons, and it should!

Discovering that your co-worker, who has the same position as you are, is getting paid more than you do isn’t fair.

That’s why some companies have their employees sign a non-disclosure agreement so that no one would be able to say how much they’re getting paid. This keeps powerful people in power and the underpaid in place.

Being a private person is never a bad thing. It’s just a part of someone’s nature.

Some people simply don’t like sharing certain information with others, especially when they’re doing well in life, and this is ok.

Some less fortunate people, on the other hand, feel more comfortable with others knowing that they’re not doing so well in life, complaining about how little money they have.

Wealthy people mostly don’t mind talking about money, but bragging about having money is a whole different thing.

Of course, it’s rude to keep talking about your assets, gadgets, and leisure trips to everyone, especially to the less fortunate.

It doesn’t always happen on purpose. Maybe someone gets too excited about that phone he just bought and is mistakenly considered bragging.

This is because people with a humble financial status often feel inferior to those with better situations.

According to the Brits, it could be acceptable to talk about money if you started by saying, “If you don’t mind me asking.”

Most European and North American countries agree that it’s not always acceptable to talk about money. In Asian countries, however, people are more open about it.

Most importantly, almost everyone agrees that talking about money with close friends and family is fairly acceptable.

To learn more, you can also read our posts on why people hate NFTs, why billionaires don’t end poverty, and why Bitcoins are so expensive.

For some people, talking about money isn’t considered rude. However, even people who think it’s rude to talk about money sometimes don’t know why that is, which is kind of funny.

For future reference, it’s better to avoid talking about money unless it’s with someone close who you’re absolutely positive is comfortable doing so.

Why Is It Rude To Wear A Hat Inside? (7 Reasons Why)

Why Is It Rude To Stare? (9 Reasons Why)