Why Is Harry Potter So Popular? (13 Reasons Why) 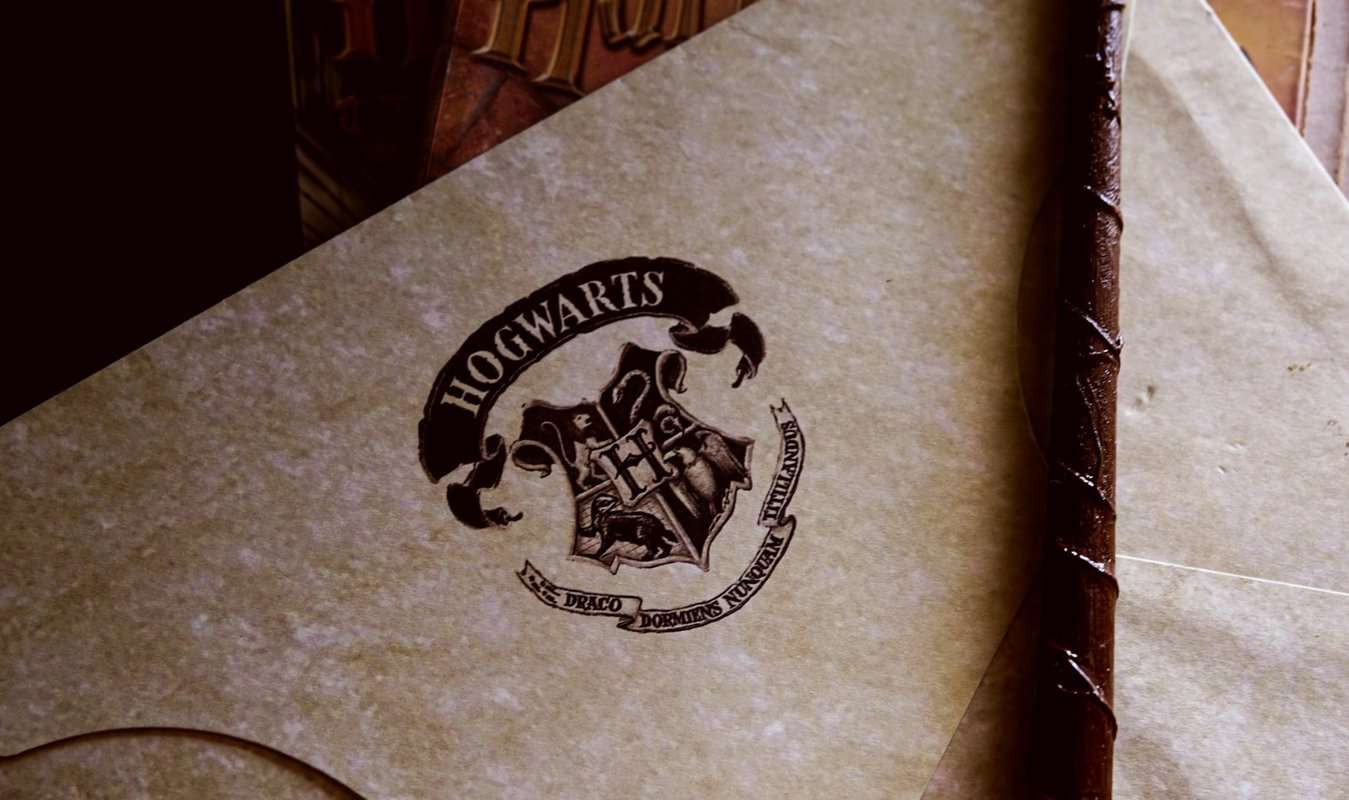 Twenty-five years after the first book was published, you still see kids running around on Halloween dressed like Harry Potter. If that’s not a success, I don’t know what is.

Harry Potter’s story ended more than a decade ago, but its popularity didn’t waver one bit. So, why is Harry Potter so popular?

Why Is Harry Potter So Popular?

1. It Hits Close To Home

You may think Harry Potter is so far from reality, no thanks to the magical school and the fictional creatures. However, it’s equally as close, and it hits close to home for many people.

Harry Potter is essentially an orphan who grows up in a hostile environment. He’s bullied as a kid and mostly keeps to himself.

Harry’s character is so popular because millions of kids find themselves in the same situation, so they relate to him on another level.

Potter’s story is also close to reality because it includes love, betrayal, friendships, and even annoying teachers. It also portrays an everlasting conflict between darkness and light.

You’ll find yourself relating to Ron’s goofy jokes, Hermione’s studying stress, and Remus’ love for chocolate. It’s these small details that make the story so relatable to people.

Harry Potter is so famous because it’s all about relationships—aside from the seven Horcruxes and the dark lord, of course.

Harry’s relationship with his friends couldn’t be more authentic. As an introvert, he didn’t go for the popular kids or the athletic bunch; he stuck to the two real ones in the crowd.

He chose Ron, a goofy kid from a lovable family, and Hermione, a nerd with a mudblood ancestry that has people looking down on her.

Aside from his friendships, Harry’s other relationships are equally genuine, making the story even more popular.

His father/son relationship with Sirius had many of us crying, with the latter dying in an agonizing scene.

His relationship with Dumbledore was as real as it could be—revolving around mentorship but full of secrets.

Because many of us crave Harry’s relationships, we can’t get enough of his story.

A Dark Lord breaks his souls into seven items—one of which is the main character.

A distressed teacher in love with a dead, married woman.

A group of four rebels, all dead by the end of the books.

Finally, three friends sticking together until they grow old.

Harry Potter’s plot is one of the main reasons the books are so popular. It’s unique, magical(literally), and full of surprising twists.

It’s not your average plot where the main character ends up saving the heroine, marrying her, and living happily ever after. It’s as unique as they come.

4. No One Is Perfect

Sirius Black was a convicted murderer; Snape was a death eater, and Dumbledore wasn’t honest—no one in the Harry Potter world is perfect, and this is something people love to see.

It gets boring to watch a movie about the most beautiful girl in high school or the angelic traits of some good kid.

Our world isn’t all white and black; all bad people have explanations for their actions, and all good people have their evil deeds.

Snape did what he did for love, and Peter Pettigrew gave his friends away out of fear. Whether or not you approve of their actions, they did it because they’re human.

Harry Potter is so popular because the characters are nowhere near perfect.

Hogwarts is one of the reasons Harry Potter is so famous—not Harry himself, not the plot; it’s the magical school hidden away from sight.

With its impressive grandeur and rich history, Hogwarts lured many fans in.

Kids would walk around their schools pretending it was Hogwarts, and they’d keep dreaming of paying a visit to the fictional building.

Rowling did an excellent job building a school out of nothing, and the movie franchise added to it by visualizing the castle for people to see.

I can’t imagine Harry Potter would’ve been that famous if the story took place in an ordinary school.

Gryffindor folks are brave, while the Ravenclaws are better known for their intelligence. Slytherins are cunning, while Hufflepuffs are as loyal as they come.

Humans love categorizing themselves, which is one reason personality quizzes are so popular.

It’s also why Harry Potter is so popular—categorizing your friends into houses is incredibly fun. 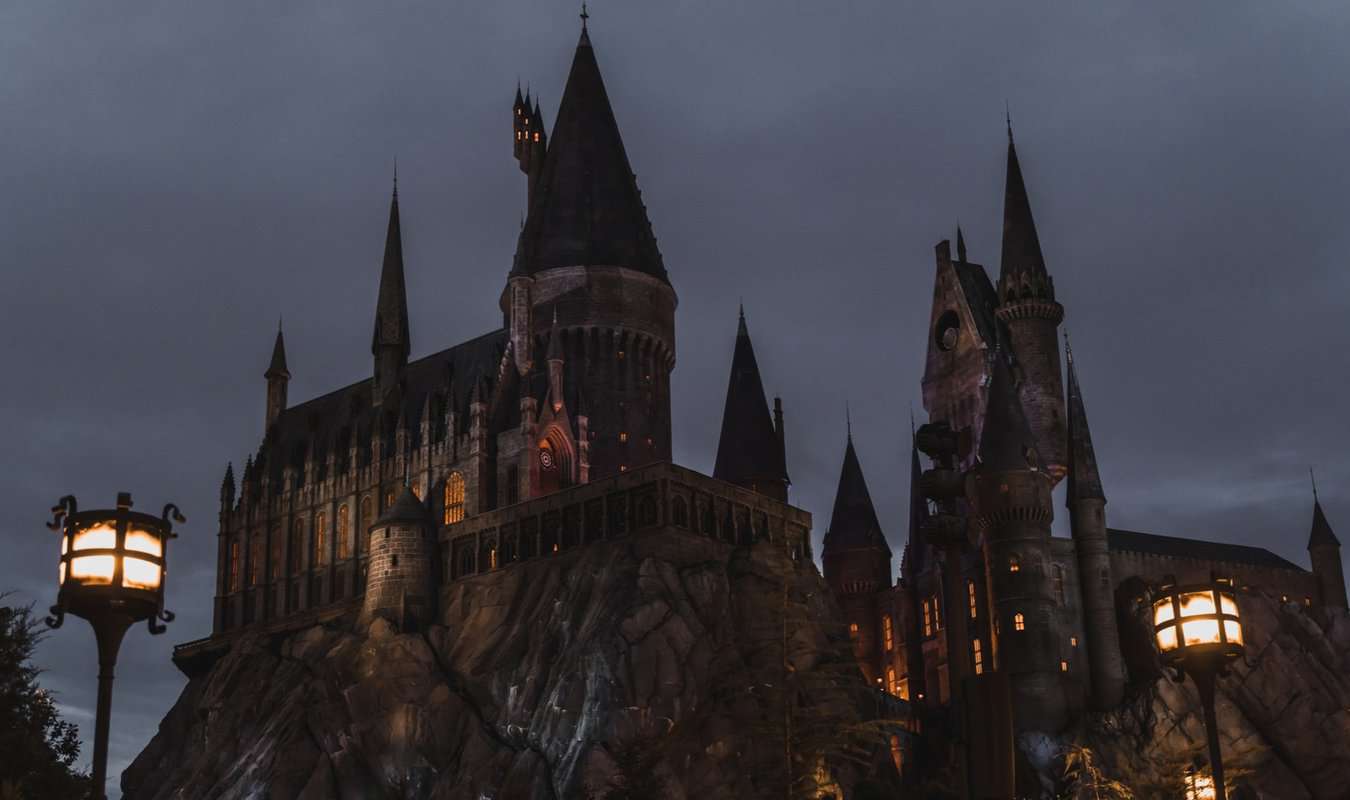 Some books get ruined when they’re made into movies. More often than not, the wrong cast choices are the main cause.

With Harry Potter, the excellent cast choice may be the reason the saga is insanely popular.

No one could’ve imagined Luna Lovegood better than Evanna Lynch portrayed her, and Alan Rickman was THE best choice for Snape.

Ron Weasley? Rupert Grint outdid himself there, and Oliver and James Phelps were the only possible cast choices for Fred and George.

Although Harry’s blue eyes in the movies are hard to forgive, the exceptional cast makes up for it.

Imagine having the opportunity to walk through your favorite book’s locations—that’s something only Harry Potter fans get to enjoy.

Universal Studios are part of the reason Harry Potter is so famous.

These locations practically immortalized the story. Plus, more kids are reading the books every day because they want to visit the Wizarding World.

In 2012, JK. Rowling made the Pottermore site for Potterheads. This website guides you through a quiz for your sorting experience and tells you which house you belong to.

From there, there are numerous interactive features in a chapter sequence. You can enjoy living in the Harry Potter universe and meeting real movie characters.

Pottermore only served to make Harry Potter more popular because it allowed the readers to engage in the story. It’s now under a new name, though: Wizarding World.

If it’s been a long time since you read the books, let me remind you of a few interesting characters.

Dobby, the house elf who sacrificed his life for Harry. Peeves, the poltergeist who only made an appearance in the books.

Mad-eye Moody, the eccentric Auror who walked around donning one magical eye.

I can go on and on here; JK. Rowling outdid herself on the characters. It’s hard to find the same collection of interesting people in any other book saga.

Harry Potter was sold in 200 countries in almost 70 different languages. It’s estimated that 400 million books were sold all over the world.

So, before you ask why Harry Potter is so popular, you should know it’s the fastest-selling saga of all time.

It’s so popular simply because it got published in so many countries. I don’t imagine the same success would’ve happened if it was only popular in the UK.

Harry Potter is so famous partially because it came out in the ‘90s, when there weren’t a lot of similar stories taking place.

If the Harry Potter books were to come out in the 2020s, I doubt they’d have the same effect. Wizarding stories are becoming old, and it’s harder to impress kids nowadays.

Back in the ‘90s, kids didn’t have a lot around them to impress them, so it was easy for an orphan wizard to take them off their feet.

I don’t imagine the Harry Potter saga would’ve had the same neck-breaking success if the ending was underwhelming.

Imagine this: the Dark Lord gives up on the fight at the last minute and decides to pursue his old dream of becoming a pianist.

Meanwhile, Harry Potter and his friends get tired of the wizard life and choose to live like muggles.

Rowling chose the best possible ending for her books and even gave us a glimpse into the life of our favorite characters when they get old.

This good ending is why Harry Potter fans didn’t give up on the story, and it’s why they’re still promoting it to this day.

To learn more, you can also read our posts on why Sirius Black went to Azkaban, why Anakin turned evil, and why Lex Luthor hates Superman.

When you rethink Harry Potter’s story, characters, plot, and cast, it’s not hard to figure out why it’s so popular.

Harry Potter is simply so popular because it got released at the right time, its cast choices were perfect, and its plot is unmatched.

Why Is It Rude To Roll Your Eyes? (7 Reasons Why)