Why Do Guys Send Short Texts? (9 Reasons Why) 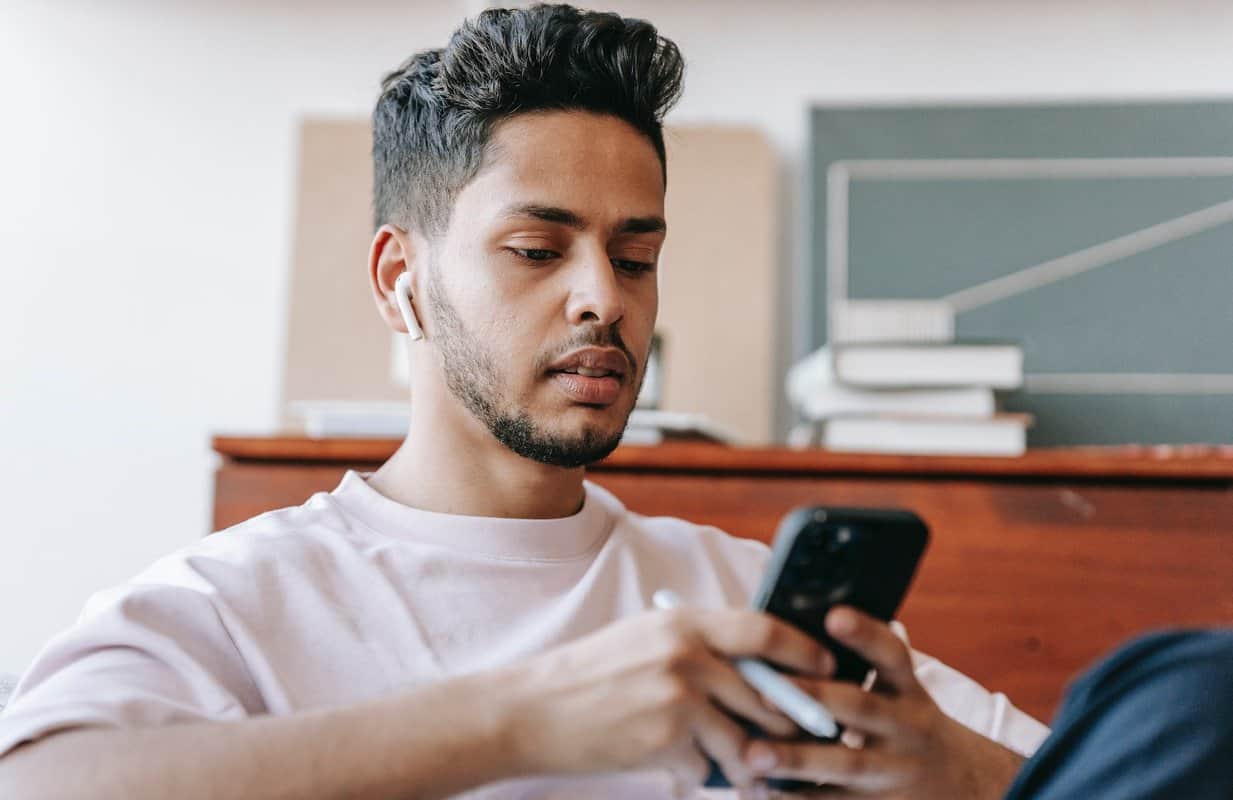 Nothing can be more difficult than reading between the lines or interpreting tone of voice in a text message. It has been the cause of many sleepless nights in the smartphone era.

Guys’ tendency to send short texts can be particularly frustrating, with the implications ranging from completely sweet to totally sinister. Keep reading for 9 reasons why guys send short texts.

Why Do Guys Send Short Texts?

Despite the ubiquity of cellphones in today’s culture and the increase of remote and gig, professions, there are some traditional environments where it remains uncool to be glued to your phone.

Perhaps your man has a micromanaging supervisor or is in a customer-facing occupation where full attention must be always given to the client. Maybe work just happens to be super busy for him.

In any of these situations, he likely has very little time to be sending texts back and forth. The best you may be able to get is a terse reply at the end of a bathroom break.

2. Something Else Has Their Attention

While it may seem like everyone is glued to their phones nowadays, there is a chance that a guy is just doing guy things that don’t require a cellphone.

They may be working on a home improvement project, at the gym, playing video games, grilling, fishing, or any number of things that may have their attention more than a text conversation.

Ideally, they will let you know if they are busy with something else and ask to chat later, but they may genuinely want to talk to you but are juggling it with something more attention intensive.

Read More:  Why Did She Suddenly Stop Texting Me? (9 Reasons Why)

In the ghosting culture, it can be hard for people to be upfront about how they feel. This can apply to both romantic and platonic relationships.

Rather than just telling you that they aren’t interested or don’t feel like talking to you now, guys will use the one-word reply in the hopes that you leave them alone, sparing them making the announcement.

This is where the psychology of relationships can be so frustrating for all parties involved.

While short texts are a classic indication of an uninterested guy, they could also be the signal of a very interested guy.

Guys are constantly wrestling with the proper protocol for texting with someone they like.

Some of the most pervasive advice that most guys try to follow is not to respond too fast or in too much detail because girls don’t like a needy guy.

Guys must seem like they are too busy doing exciting things to send lengthy texts every 5 seconds to be appealing in a relationship.

As sad or misguided as this sentiment is, it remains prominent among guys. So, if you are receiving short texts, don’t take the brevity as a lack of interest unless it continues for an extended period.

5. They Are Being Sketchy 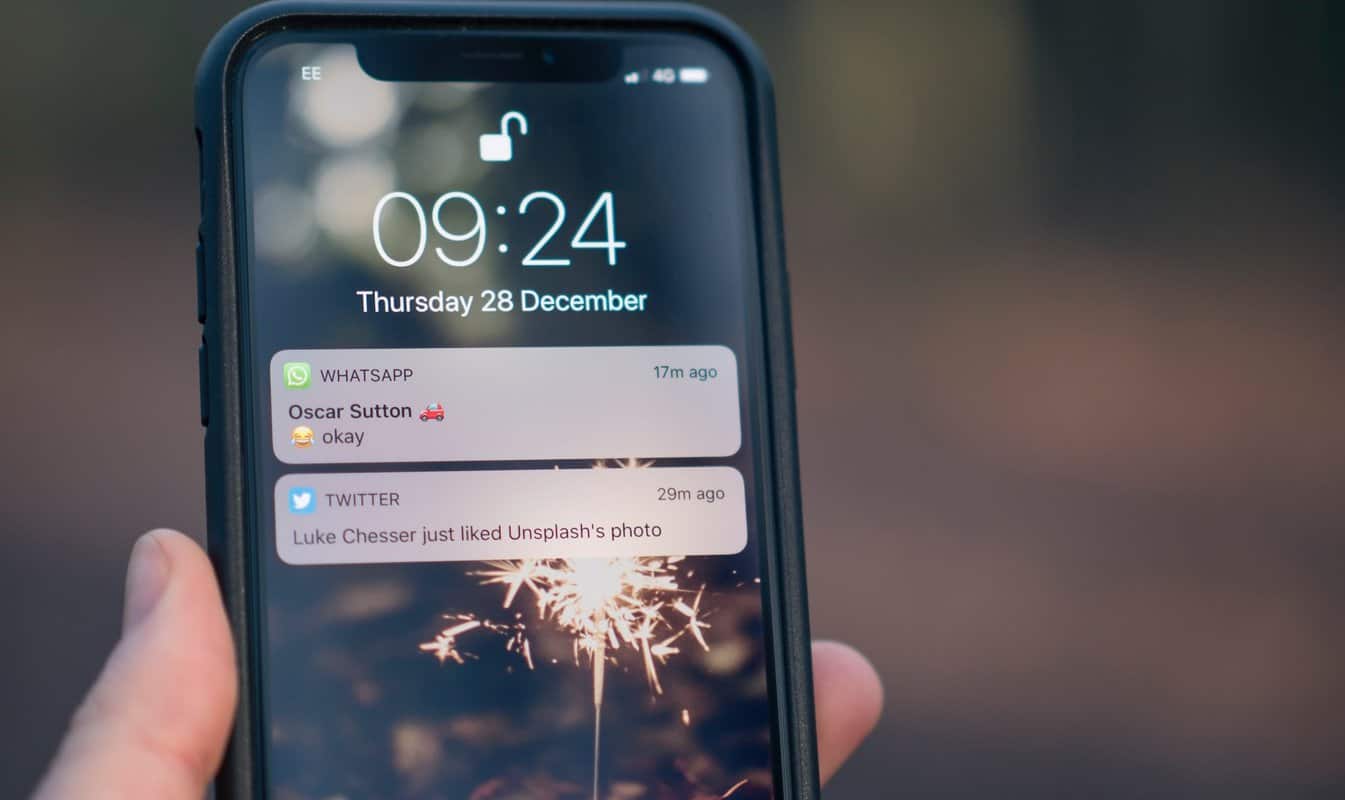 There is always a chance that a guy is texting behind his significant other’s back.

With the convenience of forming online or digital relationships, it is not hard for guys to be texting multiple women at the same time.

This should raise more of a red flag if the guy is inconsistent with his communication.

If he sends detailed texts sometimes but sticks to short texts at odd times—like evenings or weekends—then he is probably trying to get his texts in on the sly.

If the guy expressly forbids you from contacting him via any medium other than text, then it is a clear indication that something sketchy is going on.

6. Their Battery Is Running Low

On a more optimistic note, there is always a chance that the guy’s battery is running low, and he does not have the luxury of writing, proofreading, and editing long texts.

Hopefully he would give you some kind of indication that he is in a low power situation, but he may very well be trying to keep his screen time as brief as possible.

Despite all the heartbreaking statistics and law enforcement’s threats to crack down, texting and driving remains pervasive in our culture.

Some people simply can’t get a notification and let it rest for a few minutes—even if they are behind the wheel.

If you are getting short texts littered with spelling errors or autocorrects that clearly haven’t been proofread, then there is a good chance you are talking to a guy who is texting while driving.

Traditionally, women are better sounding boards than men. They do a better job of listening, validating, and engaging with their conversation partners than do men.

As a result, men are generally less likely to willfully engage in “chit-chat,” “gossip,” or “small talk” than women. They state their business and move on.

This can be frustrating when you really need someone to talk to, but guys are socialized to be tough nuts to crack and will likely not be keen on jumping into a detailed text exchange.

9. They Have Gotten Bored With The Conversation

Finally, there is always the chance that the guy has simply gotten bored with the conversation. He might be nodding off to sleep, or he simply might not feel like texting anymore.

If your text exchange has gone on for a couple of hours and you notice that his texts have gotten progressively shorter, it might be best to call it a night and rekindle the conversation later.

To learn more, you can also read our posts on why narcissists ignore texts, why she suddenly stopped texting you, and why he texted you after 2 weeks.

Guys’ tendency to send short texts is a point of friction in modern relationships. Short texts can be due to something as simple as being at work. It could also be their immature way of saying they aren’t interested.

Whatever the case, skim through any of the 9 reasons listed above to find out the most likely reason guys are sending you short texts!

Why Do Women Wear Earrings? (11 Reasons Why)