Why Is My Girlfriend Ignoring Me? (11 Reasons Why) 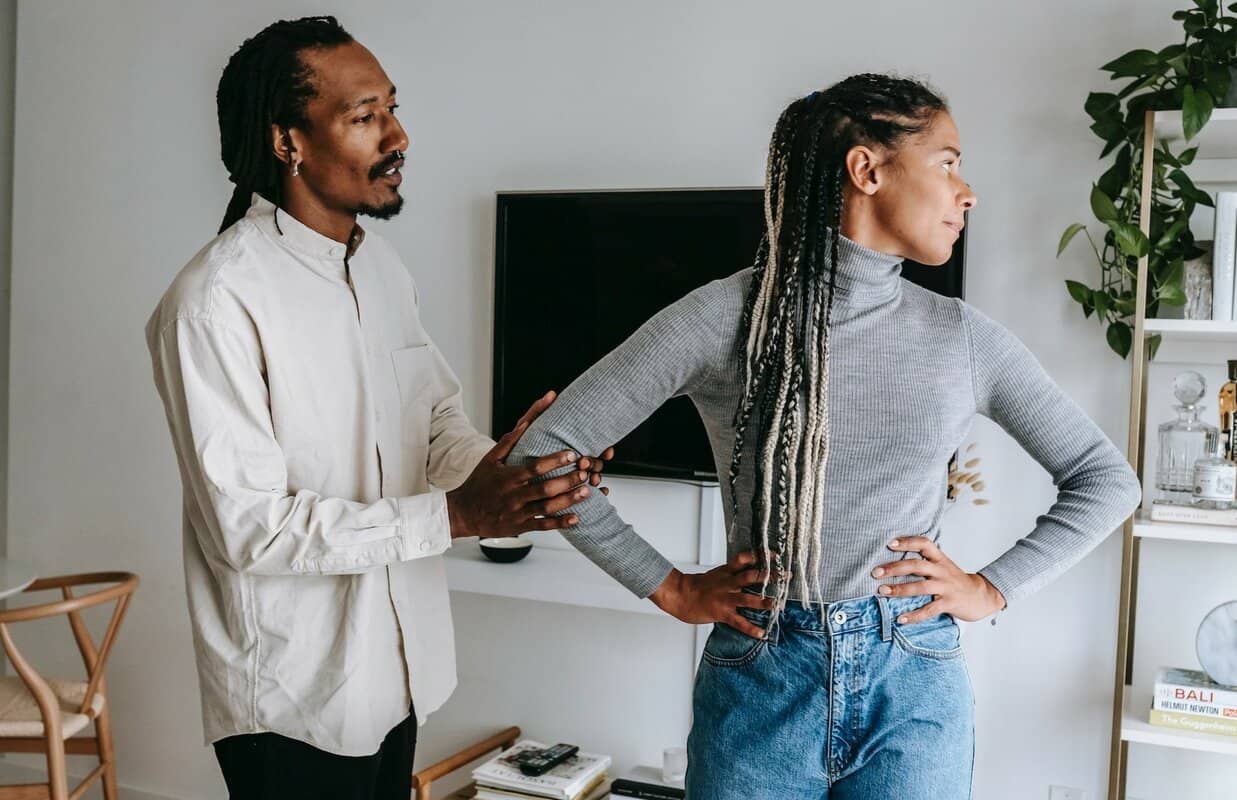 One of the best things about being in a relationship with someone you love is that you can establish a deep connection with someone. However, things quickly turn frustrating and painful if you feel ignored by your significant other.

If you’re here with questions like “why is my girlfriend ignoring me?” in your mind, this guide will have what you’re looking for. Today, we’ll walk you through 11 common reasons why your girlfriend is neglecting you. Let’s dive right in!

Why Is My Girlfriend Ignoring Me?

We know that you’ve come here hoping that there are some other reasons behind your girlfriend’s ignoring the behavior. However, in most cases, this is probably still the reason.

If you’ve done something recently that would tick her off and make her mad, she probably knows about it, especially if she initially showed her anger.

In that case, you’ve probably ignored her anger, so she decided to give you the silent treatment in return.

Luckily, if your girlfriend was initially mad about something, all you need to do is to sincerely ask her what’s wrong and let her say what’s on her mind.

Once you’ve figured out what’s making her mad, it should be easy to know the solution to get everything back to normal again.

2. You Are Being Pushy

If your relationship is relatively new, you may have not ventured into specific parts or you are both going at different paces.

For example, pressuring her into commitment from day one doesn’t go down well with everyone, especially if you barely know anything about each other.

Just because you’re in a relationship doesn’t mean that your girlfriend has to give up all her life’s interests.

Instead, make sure that you take things a little slow and avoid behaviors like steering convos back to you, not taking no for an answer, forcing your opinion on how she lives, etc.

If you’re into zodiac signs, you should know that Virgos (born between August 23 and September 22) are known for having an outstanding ability to simply ignore others when they’re overwhelmed.

In some cases, you might be thinking that your girlfriend is ignoring you while she’s actually acting normal.

This happens with people who had negative experiences in their past relationships or are self-conscious about their abilities to keep their significant others happy.

In most cases, thinking about your girlfriend and whether she is happy in the relationship is a great thing as long as you do it in moderation.

On the other hand, obsessing about your girlfriend can be quite annoying and may push her to actually turn a blind eye to you and feel trapped in the relationship.

Another simple reason that some people always overlook when they think they are ignored is that their significant others are simply busy.

If you’re texting your girlfriend and she replies late, you don’t have to immediately jump to conclusions, as she might be having an awful lot on her plate lately.

Before asking your girlfriend if she’s busy, try to remember if she told you in past conversations about any upcoming events in her life, especially if she’s still a student.

However, if you’re unsure, it’s probably best to ask her directly if she’s busy and see what she has to say. Even better, you can offer help if she needs any to show her that you care about her.

Fighting fire with fire has always been a thing among many women, although it may vary depending on their personalities and beliefs.

If you have recently been overly detached or she complained about you not taking care of her, she might resort to similar tactics in order to prove her point.

When ladies ignore men, they usually do it for a short period of time. Yet, they still want you to sort things out because it was you who started it in the first place.

Read More:  Why Are Men So Complicated? (11 Reasons Why)

So make sure that you take the initiative and bring her some flowers to let her know how much you care about her feelings. 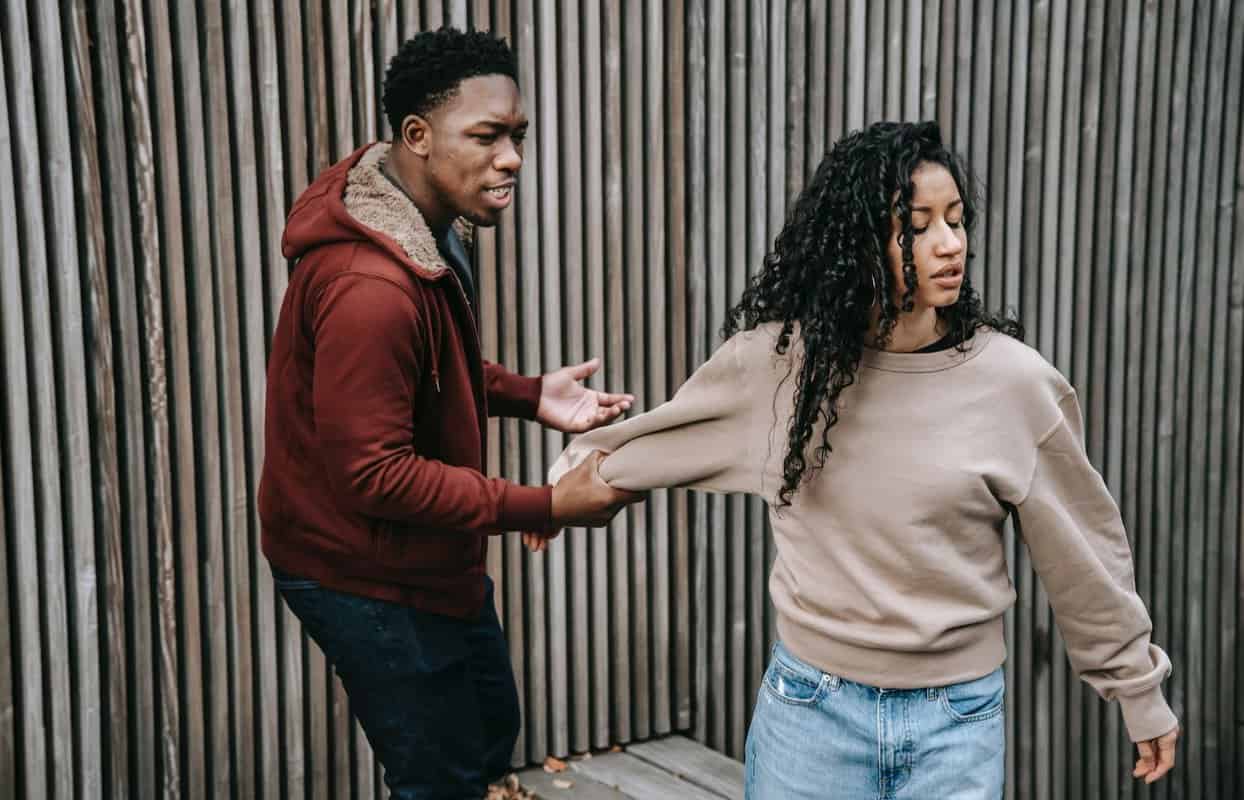 Although a relationship can quickly shatter to pieces for many reasons, things getting stale and boring take the cake for being the most common culprit.

Boredom and lack of change can kill a relationship as one or both partners grow apart from each other.

In fact, some may even seek others to fill the gap which also causes boredom to be the main motive behind cheating between lovers.

Try to break the routine every now and then and come up with new ideas to lift each other’s moods and show that you put an effort to sustain the romance and everything should get back to normal.

7. You Are Too Clingy

This usually happens between couples when they don’t know much about each other, especially if you’ve only known each other for a very little time and quickly started a relationship.

For example, during the period of conversations and chatting, you might come off as being too clingy or needy if you reply too quickly to every message while chatting.

Even if she asks you to give her some space, you shouldn’t panic, as it doesn’t mean that your girlfriend doesn’t appreciate your love.

People simply have different styles when it comes to intimacy and it may have nothing to do with you.

After the shine of the new relationship fades away, a lot of people will take another look at the relationship to see if it’s the right choice for them.

Unfortunately, in some cases, people may find that they’re simply not interested in the relationship anymore but they don’t have the guts to talk it out with their significant others.

For that reason, if you think that your girlfriend has pointed out that your relationship isn’t what it used to be, you might want to have a conversation about where the relationship is heading.

9. You’re Taking Her for Granted

There are many signs that girls can notice when you simply take them for granted. For example, you stop putting effort into the relationship, cut the conversations short, or put your friends ahead of her.

If your girlfriend thinks that you’ve become complacent in the relationship, she may react by ignoring you to test her worth in your heart.

If that happens, it’s usually best to talk it out and acknowledge your previous actions all the while doing your best to win her interest back.

If your girlfriend is already going through hard times in her life, she might be suffering from depression, as ignoring loved ones is also one of the symptoms.

In that case, you need to show her that she has your full support and offer professional counseling with a qualified psychiatrist.

Although we hope that it’s never the case in your situation, many people will resort to ignoring their significant others if they want to end the relationship but don’t have the courage to ask for it.

Maintaining a healthy relationship with your girlfriend is all about mutual efforts, staying connected, and appreciating one another.

For that reason, if you think your girlfriend is ignoring you, you should never ignore her back. Instead, you need to reach out to her as quickly as you can and listen to her reason before making amends.

Why Is Lululemon So Expensive? (13 Reasons Why)

Why Is My Guitar Amp Buzzing? (9 Reasons Why)