Why Do Baseball Players Chew Gum? (9 Reasons Why) 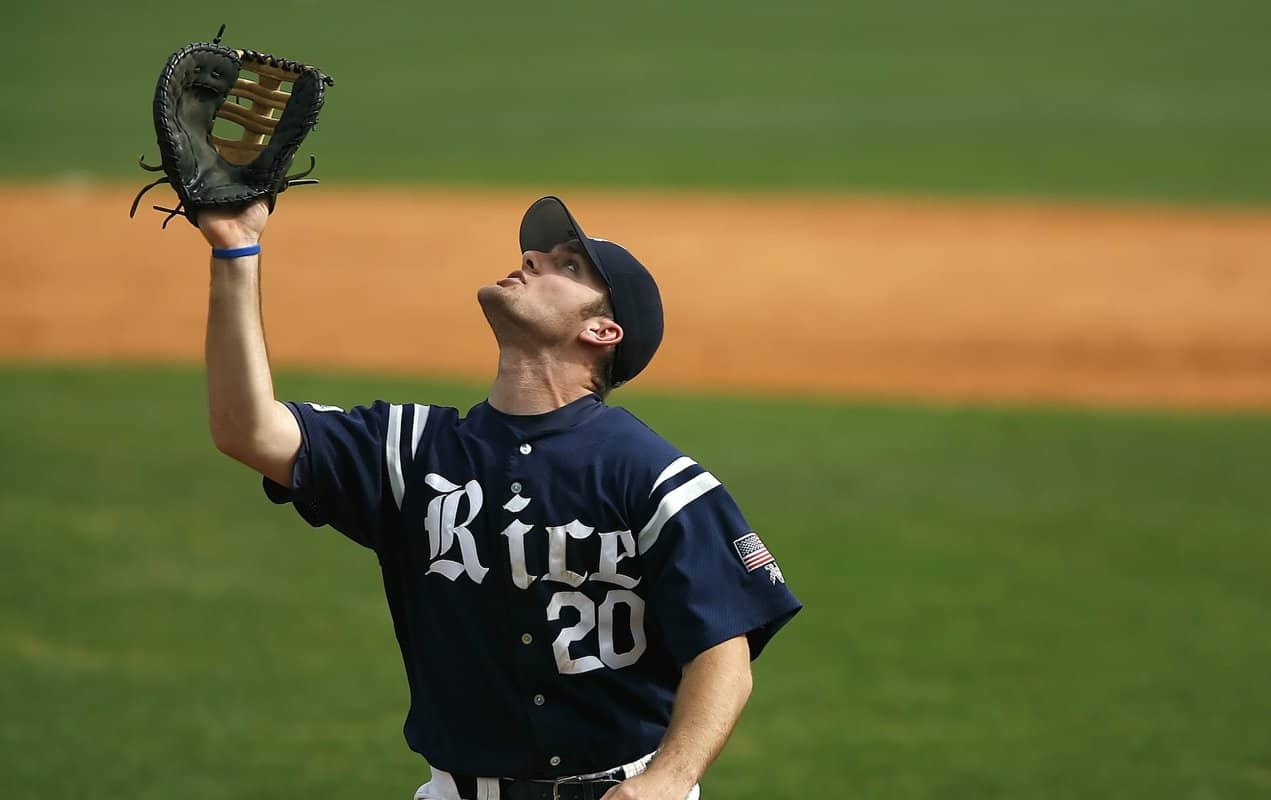 There are many reasons why baseball players chew gum during their games. Here’s a list of 9 fascinating reasons we’ve found.

Why Do Baseball Players Chew Gum?

1. Removes the Taste of Dirt

As you might’ve noticed, baseball players run and slide around the field all the time. Therefore, you’ll see a lot of dust in the air.

That dust ends up in players’ nostrils and mouths, leaving a bad taste of dirt that hardly goes away. That’s more common if you’re playing as an infielder.

Imagine having to focus on your game with a bad taste in your mouth. That can be pretty annoying.

That’s when chewing gum comes in handy. It helps in getting rid of the nasty dirt taste in baseball players’ mouths. So, they can focus more on their game. Besides, chewing gum can help you concentrate on the task you’re doing.

Scientifically speaking, chewing gum increases the flow of blood to some regions of your brain that are responsible for attention. Therefore, it helps baseball players stay focused and have faster reflexes.

Kate Morgan and her colleagues from Cardiff University carried out a test where participants were split into two groups. Each group was assigned the same tasks, but only one group was provided with chewing gum.

Read More:  Why Do People Idolize Athletes? (11 Reasons Why)

Moreover, participants who chewed gum during the tasks were able to have more accurate results and better reaction times.

Chewing tobacco is an extremely harmful habit. While it doesn’t damage the lungs like smoking tobacco, it can cause many types of cancer, including cancer of the tongue, mouth, and stomach.

In other words, it’s as dangerous as other types of tobacco products. The problem was that around 37% of MLB players and coaches were using smokeless tobacco, as a 2005 study found.

Therefore, MLB banned the use of smokeless tobacco in games. As a result, many players went for chewing gum as a substitute. Sugar-free chewing gum is believed to be a safe alternative to tobacco chewing.

Baseball games can be stressful, especially big ones. Chewing gum in the game can significantly reduce the levels of stress, and help players focus on the game.

That can be extremely useful for any baseball player, especially during intense game moments. It can make players less anxious and have a better focus.

Therefore, many baseball players have picked up this habit over the past years. 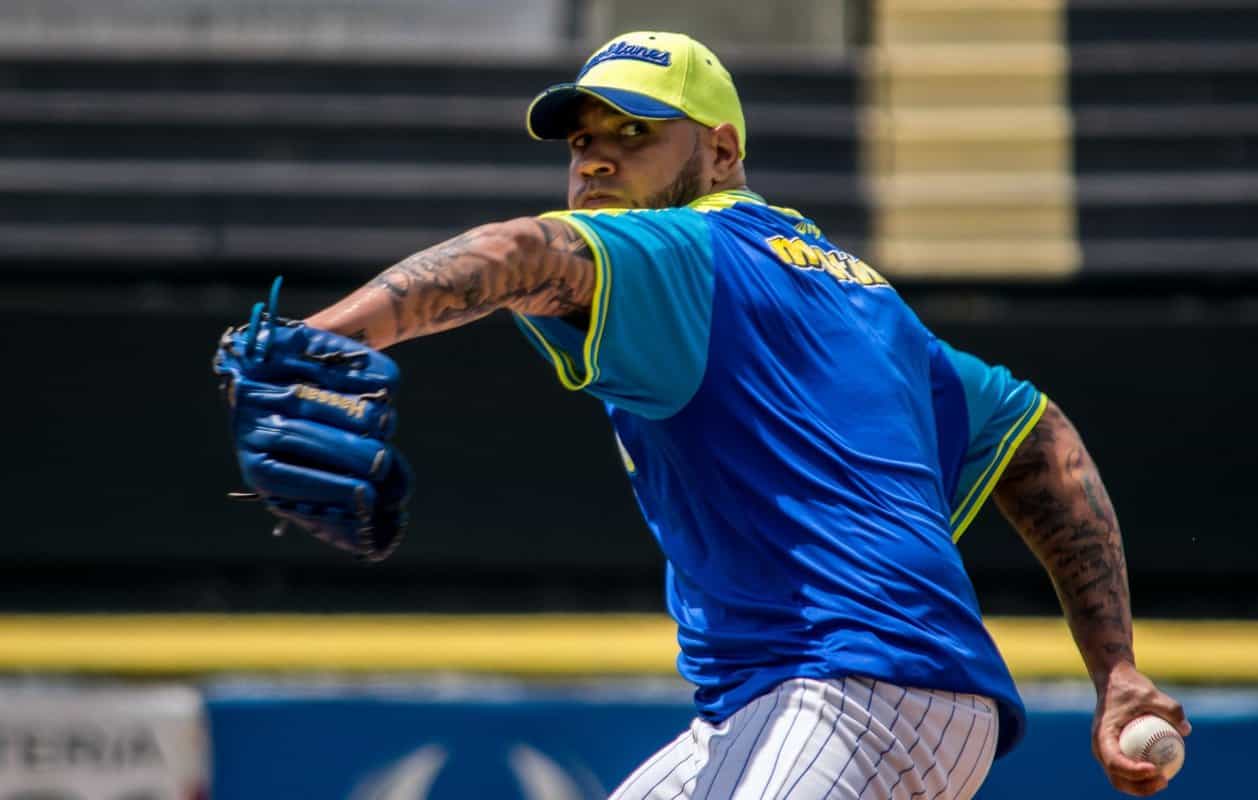 Who doesn’t enjoy blowing bubbles with their bubble gum? It’s a fun thing to do, even in baseball games.

Baseball players have been enjoying those bubble gums for years. Sometimes, you might even spot some players who challenge each other to blow the biggest gum bubble.

Read More:  Why Do Beach Volleyball Players Hug? (5 Reasons Why)

It’s a fun way to relieve stress and tension throughout the game. Additionally, some players do it for luck!

Baseball players can get a dry mouth from all sorts of things. Hot weather, dehydration, stress, and dust suspended in the air are among the reasons that may cause dry mouth for baseball players.

Chewing gum can help increase the flow of saliva in your mouth. Thus, it helps with the discomfort of having a dry mouth. Moreover, the players will feel less thirsty during the game, and they won’t need to drink water as frequently.

Additionally, chewing gum is incredibly beneficial for the health of your teeth and gum. To elaborate, saliva helps reduce the risks of tooth decay.

Baseball players, managers, and even fans are known to be superstitious. Many players have certain routines that they must practice before a game to make sure they get the luck they need.

Some players who get lucky in a game try to recreate the events that preceded their lucky shot. Other players have a particular lucky bat or a meal that they eat before a game.

Chewing gum is one of those things for some players. They believe that chewing gum will not only increase their performance, but it’ll also give them luck.

Baseball players love sticking to a routine. As a result, it became a simple habit for most players. They go into the field, and they bob a gum. They feel confident, focused, and lucky!

8. Helps With Drowsiness and Nausea

Baseball is a tough sport. Many players suffer drowsiness during the game, especially under the hot sun.

Chewing gum can be as effective as some drugs for treating nausea. So, baseball players can forget about having that annoying feeling during any game.

It works in two ways. First, it stimulates the brain, so you won’t feel drowsy. Second, it promotes saliva production, which can help with any trouble-causing nausea.

As a result, new baseball players pick up that habit without even realizing it. Most of them have watched baseball players chew gum in games for years. So, it would make sense to chew a pack of gum during the game, just like them.

Moreover, when players try chewing gum, they find out how it helps to lower anxiety and increase concentration. So, they continue to chew gum!

So, why do baseball players chew gum?

Simply, because chewing gum can help you focus more on the game, and it relieves stress throughout the game. Some players do it as a habit, while others do it for good luck.

It’s also a healthy substitute for chewing tobacco, and it helps with drowsiness and nausea. So, most baseball players love to chew gum during games.

Why Do Bodybuilders Tan? (9 Reasons Why)