Why Are iPads So Expensive? (11 Reasons Why) 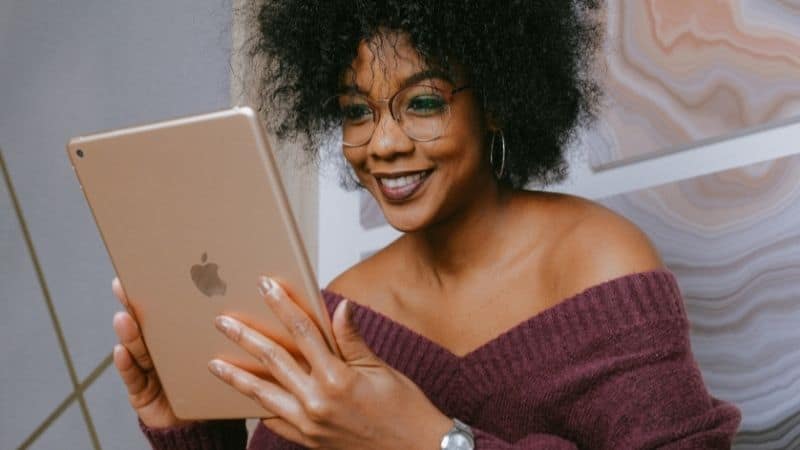 Upon hearing the word “iPad,” people often think about how expensive they are relative to other similar products.

While it’s well-known that iPads are expensive, it’s not always clear why this is the case. Here’s what I found out about the matter!

Why Are iPads So Expensive?

iPads are expensive because they are designed and produced by Apple, a luxury tech brand known for the high prices of its products. Additionally, increased demand, design innovations, and a powerful microprocessor are reasons why these tablets are expensive. Finally, costly parts also play a role in the pricing of the iPad.

Keep reading to learn more about iPads, from new features to the components!

1. iPads Are In High Demand

Having the largest share of the tablet market in the fourth quarter of 2021 alone, it can be said that iPads are in-demand products today.

Because of this, Apple can charge a premium for the iPad.

Aside from this, Apple’s reputation tends to affect the demand for its product offerings, which can dictate the said products’ pricing.

Therefore, it’s unsurprising that the iPad is also on the higher end of the pricing spectrum.

Additionally, iPads come in different models, and some even support cellular data use, which can increase the price of the tablet.

iPads are available in multiple models, and each model is available with varying memory capacities.

Further, there are four models of the iPad available today, namely the iPad Mini, iPad, iPad Air, and iPad Pro.

For example, the iPad Mini, iPad, and iPad Air can come with either 64GB or 256GB, while the iPad Pro’s memory ranges from 128GB to 2TB.

Read More:  Why Are Cameras So Expensive? (11 Reasons Why)

Typically, internal memory is the most expensive component of a device and contributes to the hefty price tag on the iPad.

Aside from the different models and data storage options, Apple offers every version of the iPad with cellular data for instances when WiFi isn’t available.

So, while cellular data capability has always been a feature of the iPad, the newest iteration of the tablet now supports 5G connectivity.

That said, this ensures that data can be transmitted faster than ever.

Also, with 5G being a new mobile technology, it makes sense that this feature can contribute to the iPad’s hefty price tag.

5. iPad’s M1 Chip Makes It As Powerful As A Laptop 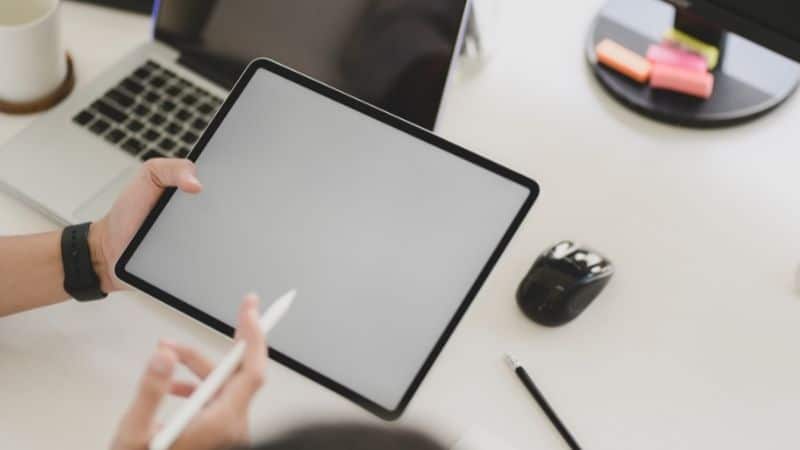 It’s worth noting that the M1 chip being used in the latest iPad models is the same one found in Apple’s MacBooks.

That said, the M1 chip supports multi-tasking without sacrificing the iPad’s speed, which is often an issue with devices that utilize cheaper processors.

At the same time, this chip is the workhorse of the iPad, controlling a lot of the features that are available on the iPad.

Needless to say, the research and development that goes into improving the chip year after year is a significant factor in the pricing of the iPad.

Another feature supported by the M1 chip is the camera on the iPad.

Read More:  Why Is Adobe So Expensive? (10 Reasons Why)

Also, Advanced Portrait mode is available, which makes for dynamic and vivid photos on both the front and rear cameras.

Therefore, these features are among those that contribute to the iPad’s hefty price tag.

Apple is known for its product offerings that look cohesive and share similar design features, and the iPad is no different, with its sleek aluminum body and durable glass screen.

Additionally, the iPad is made to be thin and lightweight so that it doesn’t feel heavy while being held.

Therefore, these physical attributes of the iPad require experts in product design and engineering to achieve the look that is very specific to Apple products.

As such, this contributes to the iPad’s already high price.

8. iPads Prioritize Convenience And Ease Of Use

In line with the iPad’s design, the lightweight and slim tablet makes it portable and thus convenient to be brought on the go.

Furthermore, iCloud technology makes it so that it’s a breeze to switch between Apple devices when the need arises.

Like other Apple products, the iPad is designed to be easy to use. That said, several features are available on the iPad that make it more accessible for those with poor vision and hearing.

These accommodations, as well as the seamless transitioning between devices, are among the reasons why the iPad is expensive.

The whole user experience is one thing that makes the iPad unique.

Because of its powerful processor, the iPad has become a fast favorite of those that use digital mediums.

Artists, business and finance people, and even programmers have found the iPad powerful enough to support all the processor-heavy applications they use daily.

Additionally, the synergy of the iPad with its optional accessories—the Apple Pencil and Keyboard—greatly enhances the experience of using the iPad for these purposes.

Of course, these factors play a role in the high cost of an iPad.

Aside from user experience, Apple has also made steps towards becoming a more sustainable company.

For example, in line with Apple’s commitment to becoming carbon neutral, the iPad Pro became the first iPad to use 100% recycled aluminum, and 98% recycled rare earth materials in 2021.

Today, the iPad Air uses 100% recycled metal and other materials in its construction.

These, along with other innovations in becoming more sustainable, have played a part in why iPads are so pricey.

Depending on where you live, an iPad can be more expensive than the prices listed on Apple’s website.

That said, this is due to the cost of transporting imported goods by air or cargo, resulting in the products incurring import and customs taxes.

Moreover, other duties and fees are applied to iPads, increasing the price.

Several reasons exist that make iPads expensive; among these are branding, a powerful processor, and innovative features.

Additionally, the iPad is the most popular tablet on the market today. Therefore, it makes sense that the iPad is costly.

Why Are Ice Ball Presses So Expensive? (7 Reasons Why)