Why Are French Bulldogs So Expensive? (11 Reasons Why) 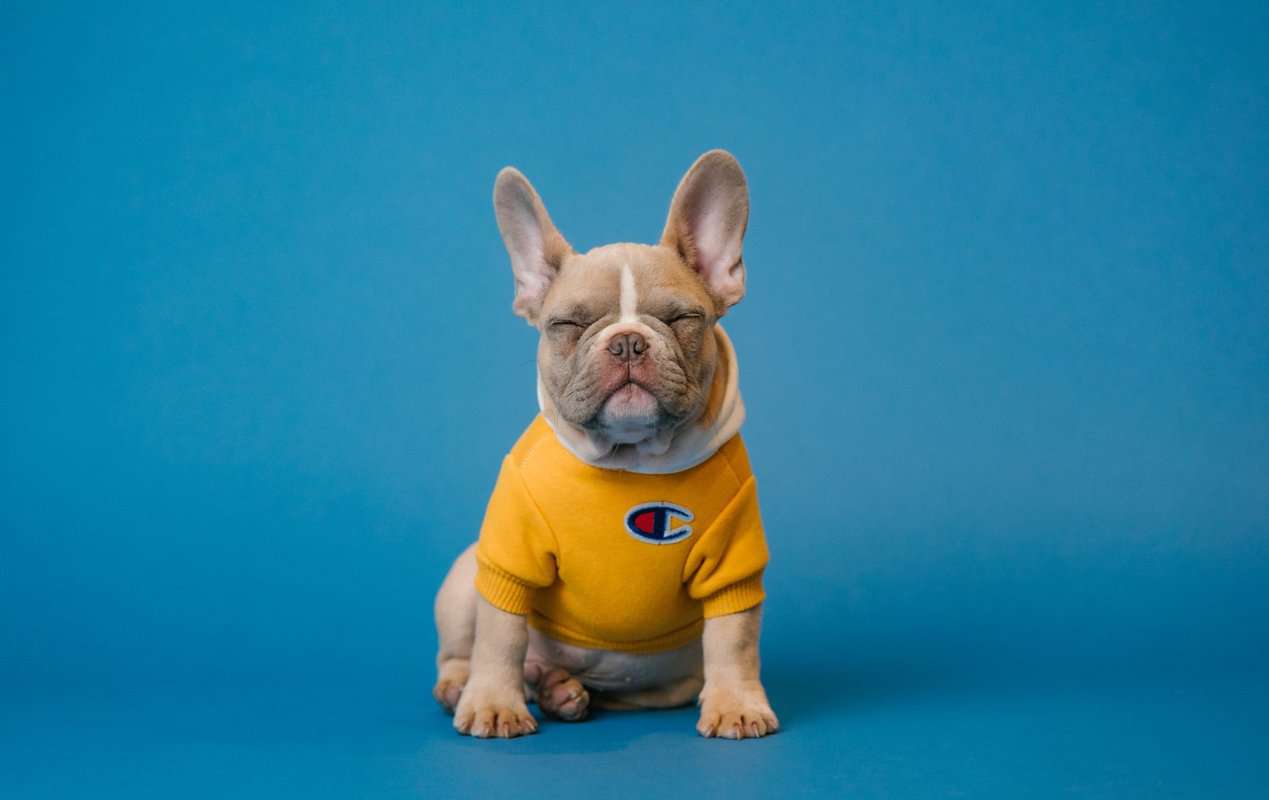 French Bulldogs are small, well-tempered, and friendly dogs that everyone adores. With their adorable pudgy faces and their floppy ears, they’re the second most popular dog breed in the United States.

There are several justifiable reasons for this, including how they’re bred and how they’re cared for. So read on to learn more about the top 11 reasons why French Bulldogs are so expensive.

Why Are French Bulldogs So Expensive?

Despite the popularity of the French Bulldog, there aren’t many breeders. As a result, the French Bulldog population is small, making the prices of Frenchies soar. This shouldn’t come as a surprise, given that when demand exceeds supply, prices tend to rise.

One reason why there aren’t many French Bulldog breeders is safety concerns. Because French Bulldogs are so expensive and rare, owners and breeders are at a high risk of being robbed.

So, combine the French Bulldog’s high popularity with the fact that there aren’t enough French Bulldog breeders, and you’ve got yourself one hefty price tag.

French Bulldogs, like most dog breeds, come in a variety of colors and shades. The most common are:

Blue, lilac, merle, chocolate, platinum, isabella, and fluffy are some of the less common French Bulldog colors. These colors of French Bulldogs are usually more costly than the more common colors.

Some breeders may even classify their French Bulldogs as rare-colored to justify charging a premium.

It’s also worth noting that the American Kennel Club doesn‘t recognize these rare French Bulldog colors. As a result, if you intend to enter your rare-colored Frenchie in dog shows, he may be disqualified.

Read More:  Why Are Guinea Pigs So Cute? (11 Reasons Why)

A scarcity of breeders or rare colors can result in exorbitant prices. However, the main reason French Bulldogs are so expensive is because of high breeding costs.

Because of the way French Bulldogs have been bred, they have a compact body, short legs, and narrow hips. Natural breeding is therefore unlikely and even dangerous.

Male Frenchies have a difficult time reaching the most critical part of female Frenchies. As a result, they may become injured or exhausted during the process.

Female Frenchies, on the other hand, are too small to provide adequate grip for the males during the mating process. In addition, the narrow hips make natural birth almost impossible and can result in injury, loss of litter, or even loss of life.

As a result, the French Bulldog breeding process requires special care, which is costly when compared to other dog breeds.

Before allowing their female dogs to mate, almost all dog breeders test their progesterone levels. The same is true for French Bulldog breeders.

A progesterone test is a blood test that can accurately determine when a female Frenchie is ovulating.

What’s more, this blood test can tell the breeder whether the female Frenchie is healthy and strong enough to carry a litter.

Artificial insemination costs can vary, but they’re generally not cheap. As a result, French Bulldog breeders raise their prices to recoup their breeding costs and stay in business. 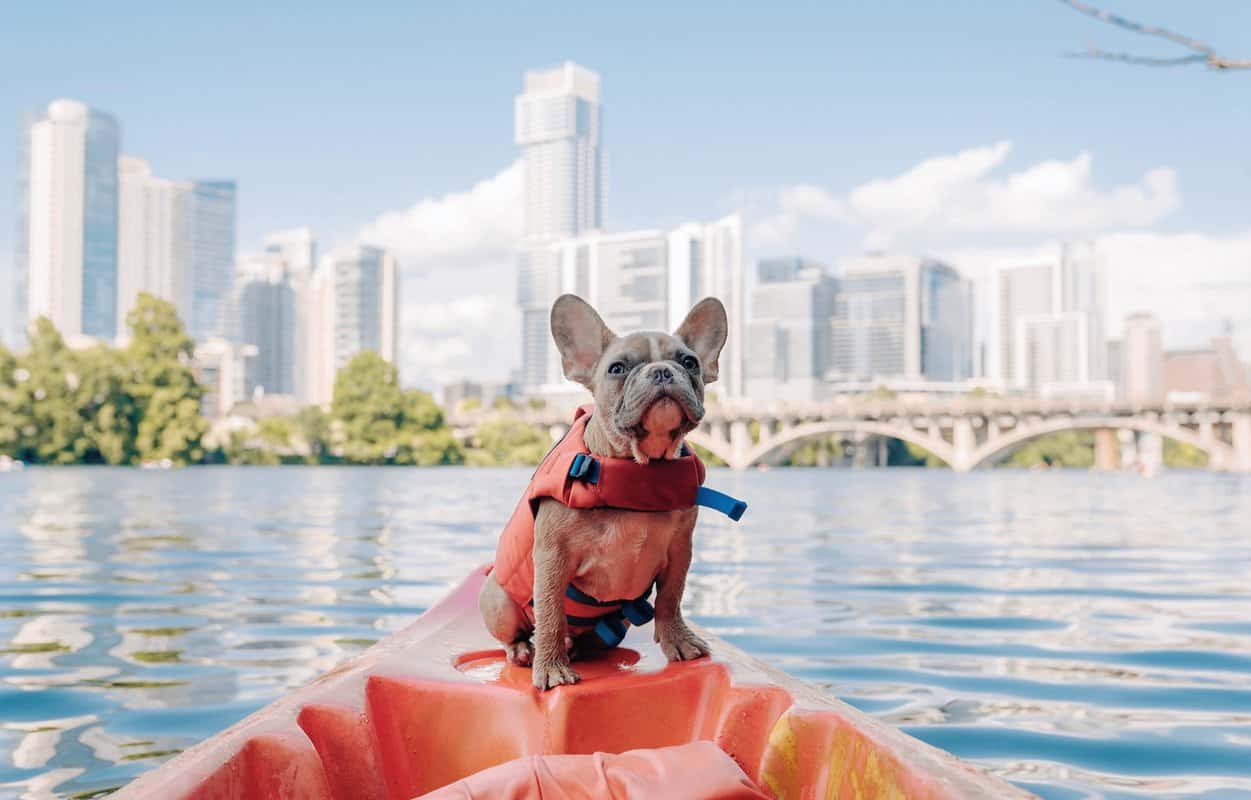 Given that breeders spend a lot of money on artificial insemination, it’s critical that the Frenchies carry the litter to full term.

So once a Frenchie is pregnant, a breeder will switch her diet to high-quality food and provide her with the best possible environment.

What’s more, the pregnant Frenchie will require regular ultrasounds to ensure that the litter is growing healthily.

All of these pregnancy care requirements raise the cost of breeding.

Natural birth isn’t an option for the French Bulldog due to its anatomy. That’s why nearly all female Frenchies have c-sections, which aren’t cheap.

The narrow hips of Frenchies aren’t the only reason they can’t give birth naturally. French Bulldogs were bred to have large heads, making it impossible for the litter to be delivered without putting them and the female Frenchie in danger.

The high costs don’t end when a Frenchie gives birth. In fact, breeders spend a lot of time and effort caring for the Frenchie and her litter. That’s another reason why French Bulldogs are so expensive.

After a c-section, Frenchies can bleed for up to seven days and require time to heal from the wound. During that time, they’ll be unable to care for their litter. The breeder must then assume the role of the mother, feeding and cleaning the puppies.

What’s more, the Frenchie and her litter will need to visit the vet a few days after birth. This way, the breeder can ensure that they’re all recovering healthily.

After such an investment of time, the breeder is unlikely to sell the Frenchies for a low price.

When the French puppies reach the age of eight weeks, they return to the vet for vaccinations. From then on, the French Bulldogs will need to visit the vet at least twice a year.

If any of the puppies have defects or other health issues, the breeder will pay for treatment, medication, and regular check-ups until the puppy is healthy.

All of these visits will incur additional costs that’ll affect the Frenchie’s final price.

Unfortunately, all French Bulldogs are predisposed to a number of serious health problems. Blue French Bulldogs, in particular, have additional health issues.

Because of their physical characteristics, French Bulldogs can develop health problems, such as:

All of these issues require immediate care. This means that French Bulldog breeders need to spend money to provide the best healthcare for their puppies.

French Bulldogs require the best living conditions due to their susceptibility to health issues. Most importantly, French Bulldogs are more prone to experience heat stress.

That’s why it’s necessary for the breeder to keep them in spacious, air-conditioned rooms. As a result, the air-conditioning will add more to the breeder’s financial obligations.

Keep in mind that these living conditions apply to any future Frenchie owner. So, if you get a French Bulldog, you’ll have to spend more money to provide them with a suitable living environment.

There you have it, the top 11 reasons for the question: why are French Bulldogs so expensive?

The high cost is primarily due to the costs of breeding and caring for French Bulldogs. Such reasons can help us understand and appreciate the thought and care that goes into breeding and raising such wonderful companions.

In the end, French Bulldogs are indeed expensive. The joy and love they’ll bring to your home, on the other hand, are priceless.

Why Are Contractors So Unreliable? (9 Reasons Why)