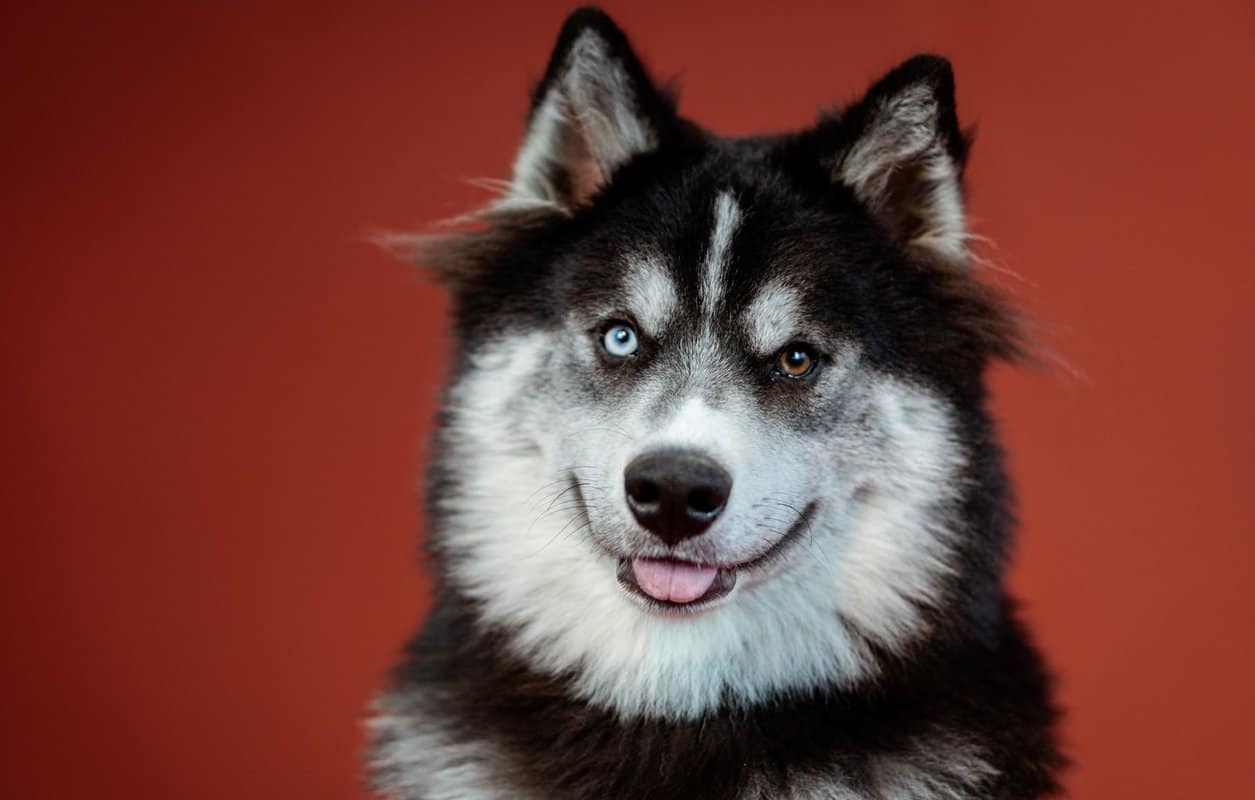 If you’ve ever been near a husky, you’ve probably noticed how vocal this dog breed can be. You’ve probably also seen videos of huskies “talking” on the internet. All of this begs the question: why are huskies so vocal?

Why Are Huskies So Vocal?

It’s believed that huskies are among the dog breeds that have the closest DNA to wolves, which have a diverse repertoire of vocalizations.

Wolves have always communicated with each other or expressed emotions by producing sounds in every manner possible. So huskies are likely vocal due to their genetics.

That said, keep in mind that huskies aren’t any more wolf-like than other dog breeds. So it’s crucial that you don’t approach a wolf as you would a husky.

2. Huskies Have a Wider Range of Vocalizations

Aside from their genetic disposition, huskies are one of the few species that can express themselves through a variety of sounds other than barking.

These sounds include whining, yipping, whimpering, growling, barking, and howling, as well as a combination of these sounds. Huskies use these vocalizations to communicate with other dogs or people—their pack.

One of the reasons huskies are so vocal may be due to the way they were bred. Thousands of years ago, the Chukchi people bred Siberian Huskies as sled dogs. This meant that those huskies needed to communicate well to work together, becoming pack dogs.

As a result, huskies were likely able to develop the ability to vocalize and “speak.”

Read More:  Why Are Dogs Gentle With Eggs? (5 Reasons Why)

Given that huskies are vocal by nature and use those vocalizations to communicate with their pack, why should they behave any differently with humans?

Even after domestication, huskies still use those sounds to communicate. As a result, one of the primary reasons huskies can be so vocal is to talk with you.

They may want to tell you that they’re hungry or want to go out for a walk. They may also make a lot of noise to warn you of an unfamiliar sound.

Huskies often vocalize in response to noise, especially high-pitched sounds. To huskies, such sounds may signify danger or a plea for help, which is why they may respond by howling, whimpering, or barking.

What’s more, huskies, like most dog breeds, have sensitive hearing. So while it may appear like they’re howling for no apparent reason, it’s possible that they’re reacting to sounds that our human ears can’t detect. 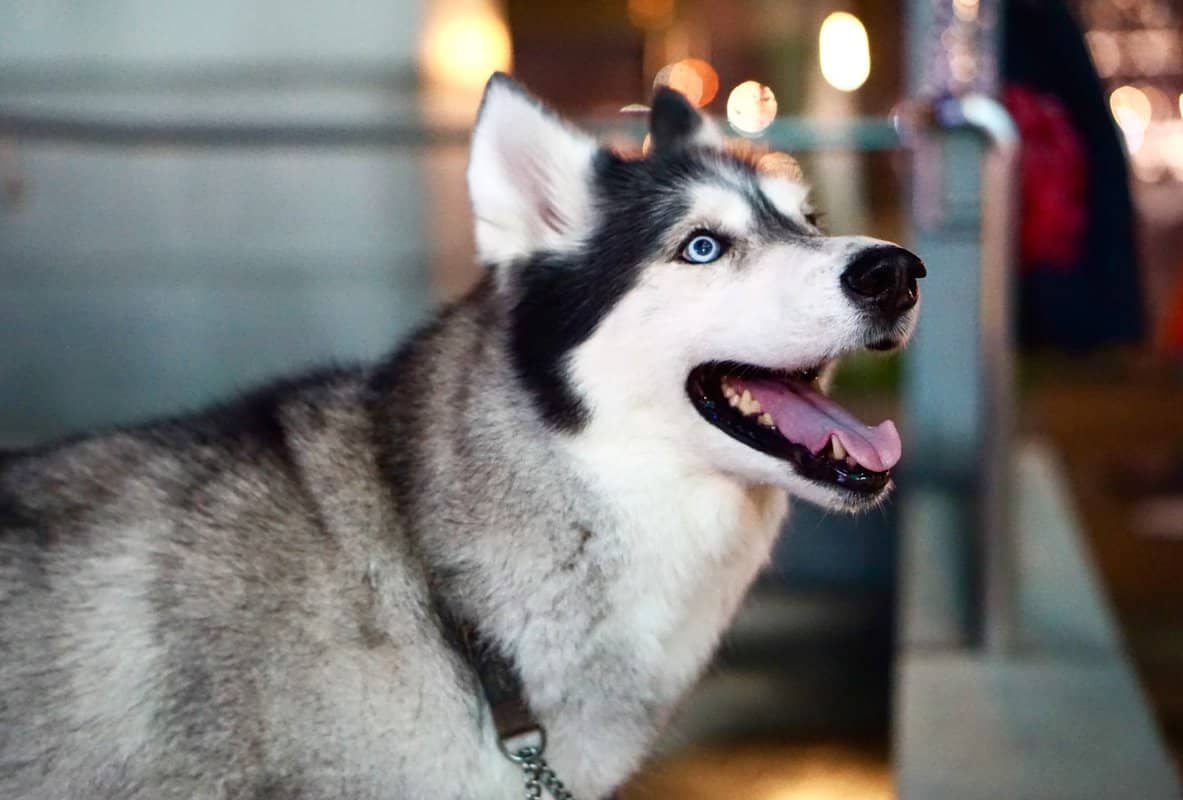 Just like us, huskies can’t contain their excitement when they’re overjoyed. They’ll jump around and wag their tails. They’ll also become quite vocal, barking and howling, showing you how happy and excited they are.

Both husky puppies and mature huskies are easily excitable. Going for a walk or playing in the park can therefore cause these vocalizations.

Huskies, like other dog breeds, can experience stress and anxiety for a variety of reasons. Two of the most common stressors in huskies are isolation and lack of social interaction.

Because huskies are pack animals, they’re gregarious and grow attached to their owners. So when their owners are absent for long periods, they may become lonely, which they express through vocalization. It’s also likely that they try to call out to their owners.

Keep in mind that huskies are an outgoing breed that doesn’t do well when separated from their family or not given adequate care.

Another reason why Huskies can be more vocal than usual is when they’re in pain. If you notice your husky howling a little more or slightly different than usual, it’s possible that he’s in pain.

Your husky may also whimper, whine, and pant when he’s trying to communicate that he’s in pain or discomfort.

Along with vocalizing, your pup may show other signs of pain, such as cowering, tucking his tail between his legs, and licking excessively.

In this case, it’s crucial that you take your husky to the vet as soon as possible to determine the source of the pain and ensure that it’s not serious.

If your husky is overly vocal, it’s possible that you’re to blame. Huskies are indeed naturally vocal. However, if you show positive reactions and respond to their vocalizations, they’ll sense that you find this behavior entertaining.

When huskies are still puppies, these vocalizations will almost always be endearing. That said, as they grow older, their barks and howls become louder and more frequent. At that point, it’ll be challenging to get them to stop.

Read More:  Why Are French Bulldogs So Expensive? (11 Reasons Why)

Once you’ve encouraged your husky’s vocalization behavior, he’ll start “talking” to you to get your attention.

Huskies, and dogs in general, can “read” our feelings. They notice when we smile and laugh, as well as our tone of voice and body language. That’s how they learn that vocalization gets our attention.

Just keep in mind that once your young husky realizes that they can get your attention or get you to do what they want by vocalizing, they’ll keep doing it as adults.

Due to their genetics and lineage, huskies can produce various sounds aside from barking. Still, why are huskies so vocal?

There are numerous reasons why huskies are so vocal. Some of the most common reasons include reacting to noise and demanding attention.

All in all, if your pup is vocalizing, you should try to engage him and understand why he’s doing so. It’s likely that he’s trying to tell you that he loves you and that you’re part of his pack!

Why Are French Bulldogs So Expensive? (11 Reasons Why)