Why Are Big Dogs So Gentle? (9 Reasons Why) 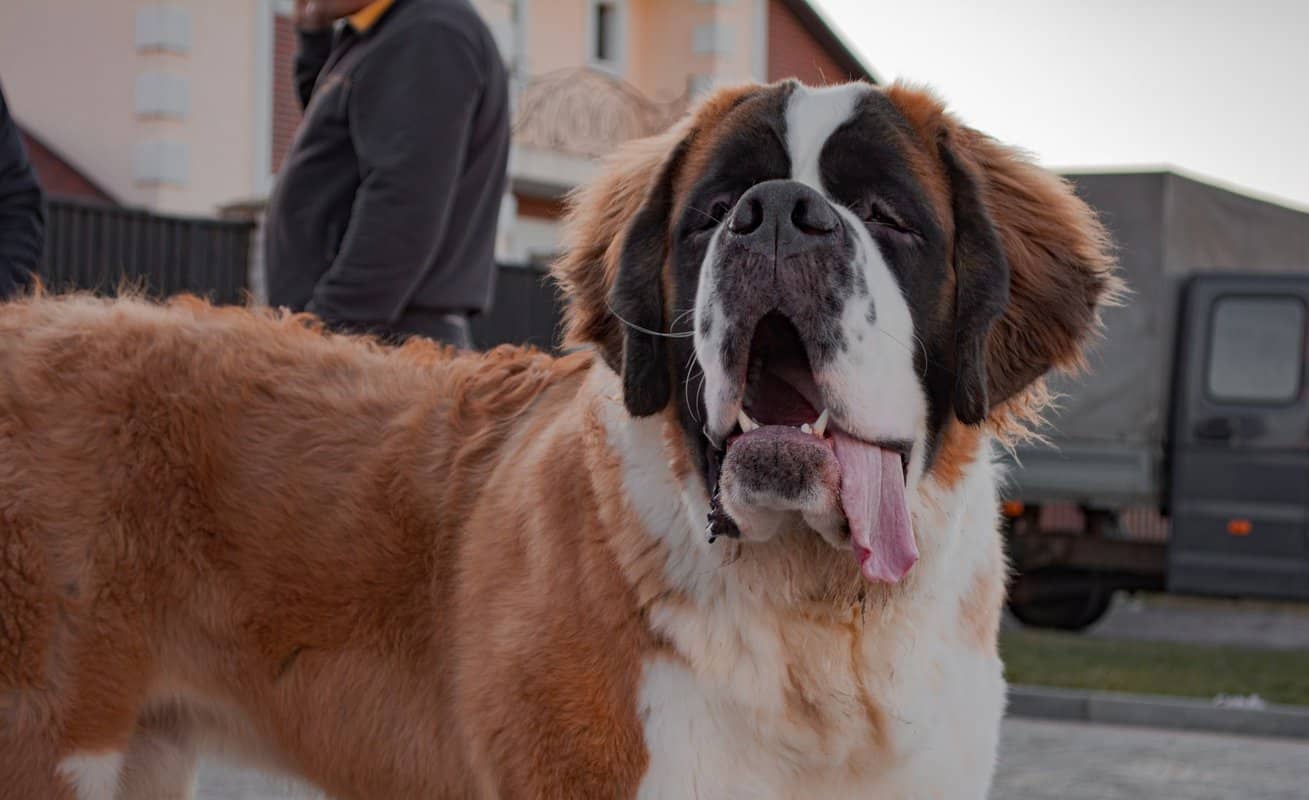 Dogs have been called man’s best friend since Frederick the Great of Prussia coined the phrase in the 1700s. No matter what your opinion of dogs is, you can’t disagree with King Fred!

While dogs of all sizes are so beloved in many modern societies, many people agree that big dogs are far more gentle than their smaller counterparts. You may wonder why that is!

Why Are Big Dogs So Gentle?

When you encounter a large dog in your daily life, such as on a walk or at the dog park, a professional trainer has likely trained the dog well.

A big dog is inherently capable of more damage than a smaller dog, due to the force they can put behind every single movement they make.

This dichotomy between the training of large and small dogs can make the difference in attitude between the two sizes seem even more evident!

Big dogs, especially service and sporting breeds such as retrievers and saint bernards, are naturally more obedient than other breeds.

However, any dog can become more obedient with sufficient training! With a more obedient dog, you can keep it in check more, and it can come across as more gentle.

Except for certain working breeds who need to burn off excess energy throughout the day, most big dogs do not need much exercise!

Many larger dog breeds were originally bred as guard dogs, meaning they are used to sitting around in one location for most of the day.

Big dogs tend to be lazy, meaning they do not have excess energy that can make them rough or rambunctious!

4. Big Dogs Are Easier To Train

On top of needing to be better-trained than their smaller counterparts, big dogs are also outright easier to train!

Big dogs are often more intelligent, and the intelligence of a dog is a vital factor in how easy it is to train them.

With a dog that is easier to train, a good trainer and a diligent owner can turn a hundred-pound dog into a friendly pile of cuddles! 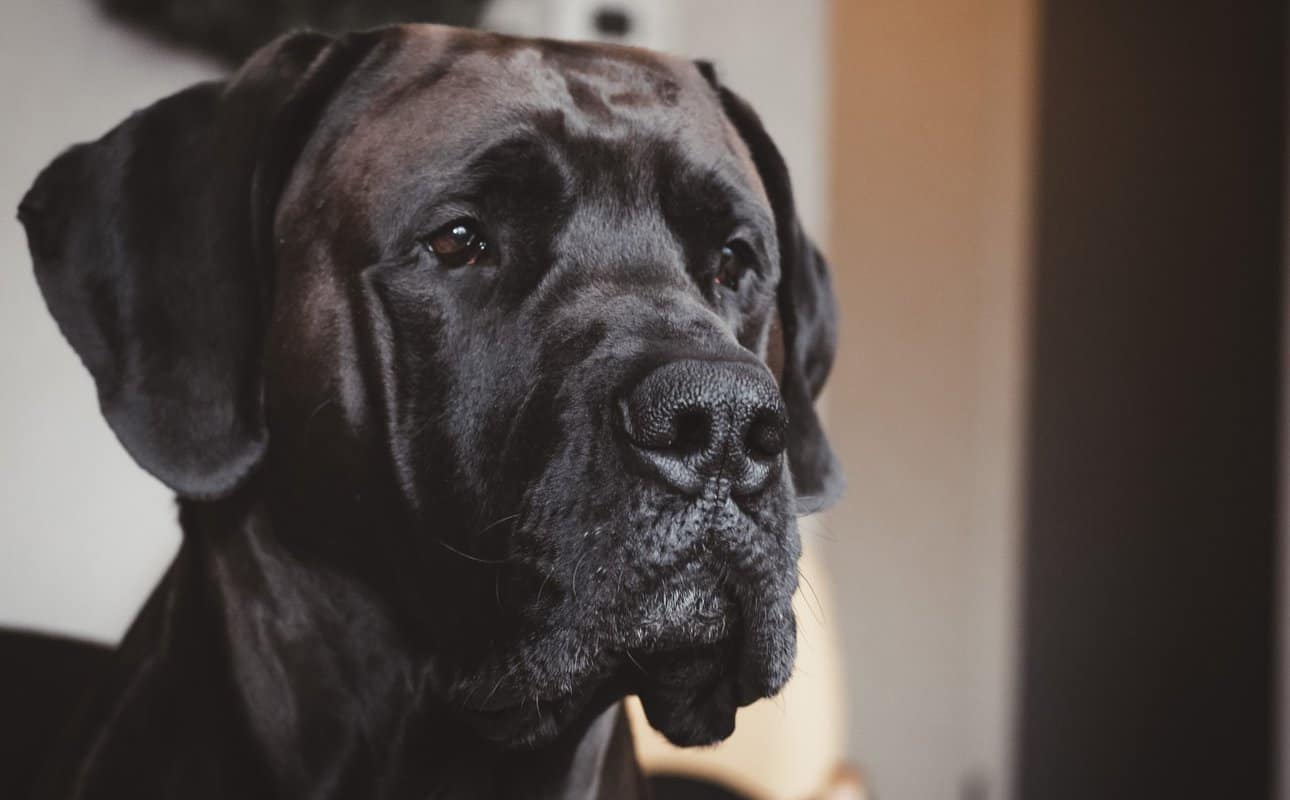 Studies have shown that larger dogs are more capable of withstanding punishment without becoming nervous wrecks than smaller dogs.

It is not a good idea to punish any dog, especially physically. However, scolding your dogs when they misbehave can be a helpful training tool.

While a smaller dog may get upset at the scolding and urinate on the floor, a bigger dog is less likely to get anxious over such things and learn its lesson.

This trait does give credence to the idea of big dogs being easier to train, but a dog that can handle scolding- or even punishment- can likely handle rowdy children trying to play with it!

Big dogs are more emotionally stable, but it is not much of a competition- smaller dogs are known to be notably anxious, to varying degrees.

With big dogs being more emotionally stable, they are easier to trust around delicate objects and people, as they are less likely to freak out and damage something!

It’s important to remember that this is just a trend, not a hard rule, and exceptions exist. Sometimes, you may encounter a large dog that barks just as much as a chihuahua yaps!

However, for the most part, big dogs bark far less than their smaller counterparts.

This trend is because big dogs tend to be less anxious, a form of confidence that the necessary training can bolster.

Dogs that bark less are often less prone to getting upset, and can react more rationally to external stimuli.

Additionally, a dark who barks less will emit less annoying noise, meaning that even if they are not physically gentle, they are a lot easier on your ears!

If you own a dog, you are likely aware that there are circumstances where your dog will get excited and run around your house like The Flash, regardless of its size.

Every dog gets excited, just like people do. Furthermore, different things will excite individual dogs. With that being said, big dogs are simply less excitable than small dogs are.

Thankfully, with training, a dog’s energetic impulses when excited can be minimized or negated- and we have already covered how big dogs are easier to train!

Big dogs can become happy under the same circumstances that a smaller dog may be excited, but they are far less prone to what many pet owners have named ‘the zoomies.’

Pet owners are thankful that big dogs are less prone to the zoomies, as well- imagine a seventy-pound labrador or german shepherd tearing around your house like a torpedo!

The fact remains that big dogs are less excitable than small dogs as an extension of their emotional stability.

With big dogs being less excitable, it is far easier to trust them around more delicate objects or people, as they are less likely to damage anything in their excitement!

Read More:  Why Westies Are The Worst Dogs? (11 Reasons Why)

Humans often fall victim to something called confirmation bias- which means that, if we have an idea, our mind will unconsciously seek out reasons to support this idea.

On the alternative side, our minds can also form ideas based on things that they have already seen.

Keeping that in mind, you may believe big dogs are so gentle because your big dog is very gentle- or your small dog is very rough!

If you have a kind, gentle dog, and especially if you are not frequently exposed to other dogs, you may believe that all large dogs are just as gentle as yours.

While trends in breeds do support your theory, there are always exceptions- many of the world’s most aggressive dog breeds are larger dogs!

To learn more, you can also read our posts on why you love your dog so much, why Chihuahuas are so aggressive, and why puppies are so expensive.

Ultimately, there are many reasons why big dogs are so gentle, and many of them are because these large dogs are often bred to be gentle with their owners!

No matter if you prefer big or small dogs, you may have to agree that big dogs can be so much more gentle. Don’t let that persuade you from adopting a small dog- they have so much love!

Why Do Guitar Strings Break? (9 Reasons Why)