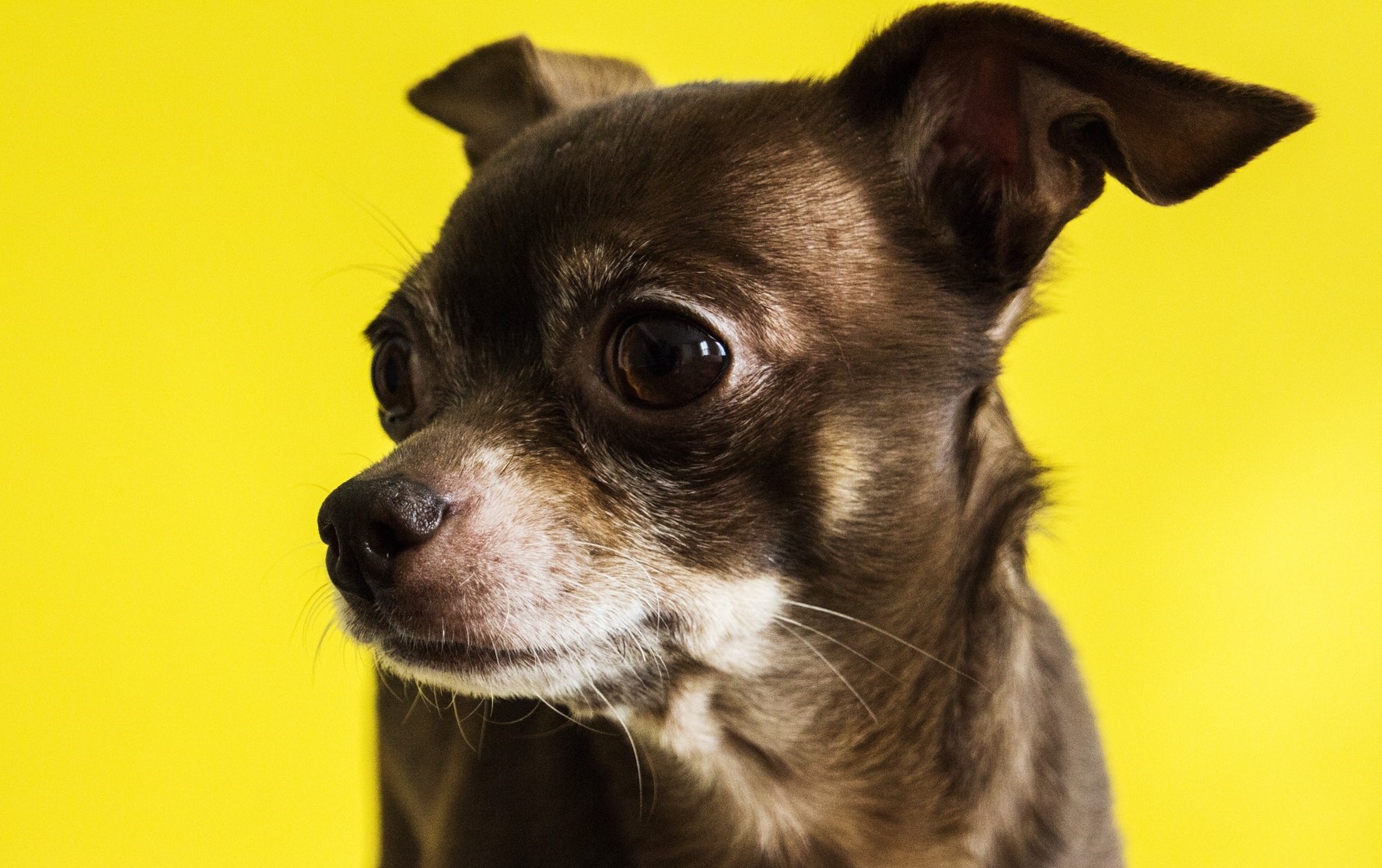 Dogs have been called “man’s best friend” for a long time, with good reason. A loyal, friendly dog is one of the most incredible things on the planet, and people love dogs for this reason.

One exception to this rule is the breed of dog known as the chihuahua. While every dog has an individual personality, chihuahuas are regarded as aggressive as a whole. Find out why!

Why Are Chihuahuas So Aggressive?

It is common knowledge that small dogs, as a group, tend to be more aggressive than their larger counterparts.

The smallest dog in recorded history was Milly, a chihuahua who weighed a single pound. With a pedigree of animals that small, chihuahuas live up to their status as small dogs.

As small dogs, chihuahuas carry that inherent temper and aggression that comes with their size.

With an animal as small as a chihuahua, everything seems so massive, and things seem like they can hurt it so much easier.

To combat this, small dogs may tend to be more aggressive to ensure that larger animals do not want to attack them!

Nowadays, breeders will produce dogs for aspects that make them more appealing as pets rather than better at specific jobs.

While working dogs are still prevalent, they are far from the norm. Chihuahuas are no exception.

While the ancient Aztecs bred these dogs for ceremonial purposes, companionship, and food, most people opt to keep chihuahuas solely as pets.

With their small size, a chihuahua will not get much done around a farm, aside from killing extra lizards or mice- and even then, a cat will likely be better at that.

People who opt to purchase a chihuahua as a pet will often do so by looking for the smallest one available, among other varying criteria.

Read More:  Why Are French Bulldogs So Expensive? (11 Reasons Why)

To meet this demand and get a leg up on other breeders, dog breeders will often breed the smallest possible chihuahuas by breeding together the runts of their litters.

Small dogs tend to have health issues even in their healthiest forms due to a compacted body and typically malformed head. Chihuahuas and pugs are the most notable examples.

This selective breeding causes further health issues among chihuahuas as it can pronounce genetic issues.

These genetic issues can be magnified by the issues already present in small dogs, leading these dogs to become ill or injured.

When an animal is ill or injured, they will be more aggressive than usual to compensate for their lack of ability to defend themselves.

With the health issues of chihuahuas, it’s no wonder they can be so aggressive!

3. Not Good With Strangers

Chihuahuas are notorious for doing poorly with strangers.

This is a side-effect of how territorial they are; chihuahuas are dedicated to defending their territory, and therefore treat strangers with extreme suspicion, if not outright aggression.

Chihuahuas are particularly anxious dogs, a fact made evident by their near-constant shivering. Anxious dogs are more prone to erratic behavior, such as aggression.

Chihuahuas are dogs that enjoy being in control. On top of their territorial behaviors, chihuahuas feel the need to be the leader of the pack.

If somebody seems to be trying to slip their rank, a chihuahua may start coming down on them with all that the chihuahua has- though that isn’t much. 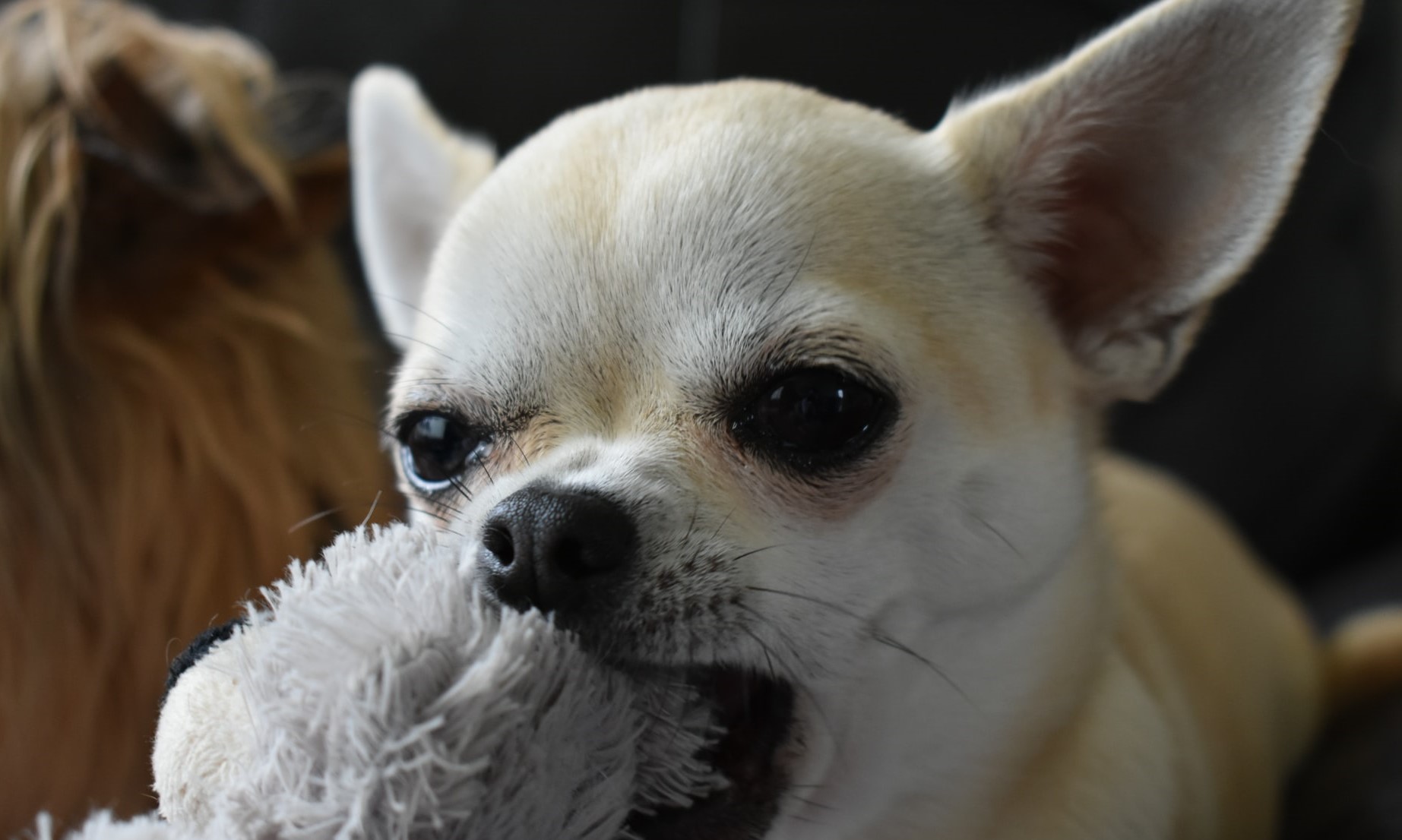 It has been touched on already, but chihuahuas are extremely territorial dogs.

This ties into their loyalty to their owner, as well; chihuahuas will defend their pack members to the death, but are extremely wary of any incursion into their territory.

As always, intruders are treated with aggression!

The genetic issues of chihuahuas have been touched upon, but their general health issues are another matter entirely- though the two health issues can often exaggerate each other.

Read More:  Why Do Dogs Hate Squirrels? (9 Reasons Why)

Chihuahuas are prone to a large variety of health issues, many of which are common in other small dog breeds as well. One of the most common of these interspecies issues is obesity.

Chihuahuas are also prone to dental issues, hip dysplasia, and shivering. Shivering is more of a reaction to other things, but it’s so common in chihuahuas that it can be considered an issue.

As covered earlier, dogs will act out in aggression more when they are feeling ill. Chihuahuas have frequent health issues, and therefore will act more aggressively.

Many chihuahuas are owned by couples or single people in small, single-family apartments. Due to their size and fragility, chihuahuas are not often brought to dog parks or meetups.

The result of these trends is a lack of socialization.

Alongside their territorial nature and not being good with strangers in the first place, these dogs are unaware of how to behave in a group situation.

With this lack of socialization, any dog will act more aggressively. Thankfully, with small dogs, it usually isn’t that harmful!

As with other small dog breeds, chihuahua owners tend to think their small dogs do not need as much training.

This mindset comes from the belief that a small dog can not do as much harm as a big dog and therefore needs less training.

In some ways, this belief is valid; an angry chihuahua is less lethal than an angry german shepherd. However, training your dog is still vital.

A dog who has received basic training, at the very least, will be more obedient and reserved than a dog who has had no training further than potty training.

With how untrained chihuahuas are, it makes sense that they can be so aggressive.

Chihuahuas are far from world travelers. They are dogs who enjoy a stable environment with as little change as possible.

Read More:  Why Are Huskies So Vocal? (9 Reasons Why)

Moving can be stressful on any dog, but chihuahuas seem to take it worse than others.

With a constant change in scenery and so many new faces to deal with, chihuahuas can frequently get stressed. Some dogs express stress through aggression!

Due to their small size, it may not seem like chihuahuas are particularly suited to hunting.

However, their ancestors in the country of Mexico were renowned for their hunting ability. Early chihuahuas were unparalleled in taking down small prey, and their descendants maintain this.

While modern chihuahuas are bred for size more than hunting ability, they still have some of that powerful hunting ability that once belonged to their ancestors.

Chihuahuas are still adept at hunting lizards, insects, and even mice.

When you consider their pedigree as hunting dogs- and extremely good ones, at that- it makes sense that chihuahuas can be so aggressive!

After all, it’s not like a dog will hunt by saying please and thank you.

To learn more, you can also read our posts on why Beagles are so cute, why dogs hate squirrels, and why dogs are gentle with eggs.

Ultimately, whether you like chihuahuas or not, you must acknowledge their aggression. Just as well, hopefully, you now have context as to why chihuahuas can be so aggressive!

These dogs do have their good qualities, though, and are popular for a reason. They are fiercely loyal to their owners, and their small size makes them perfect for apartment living!