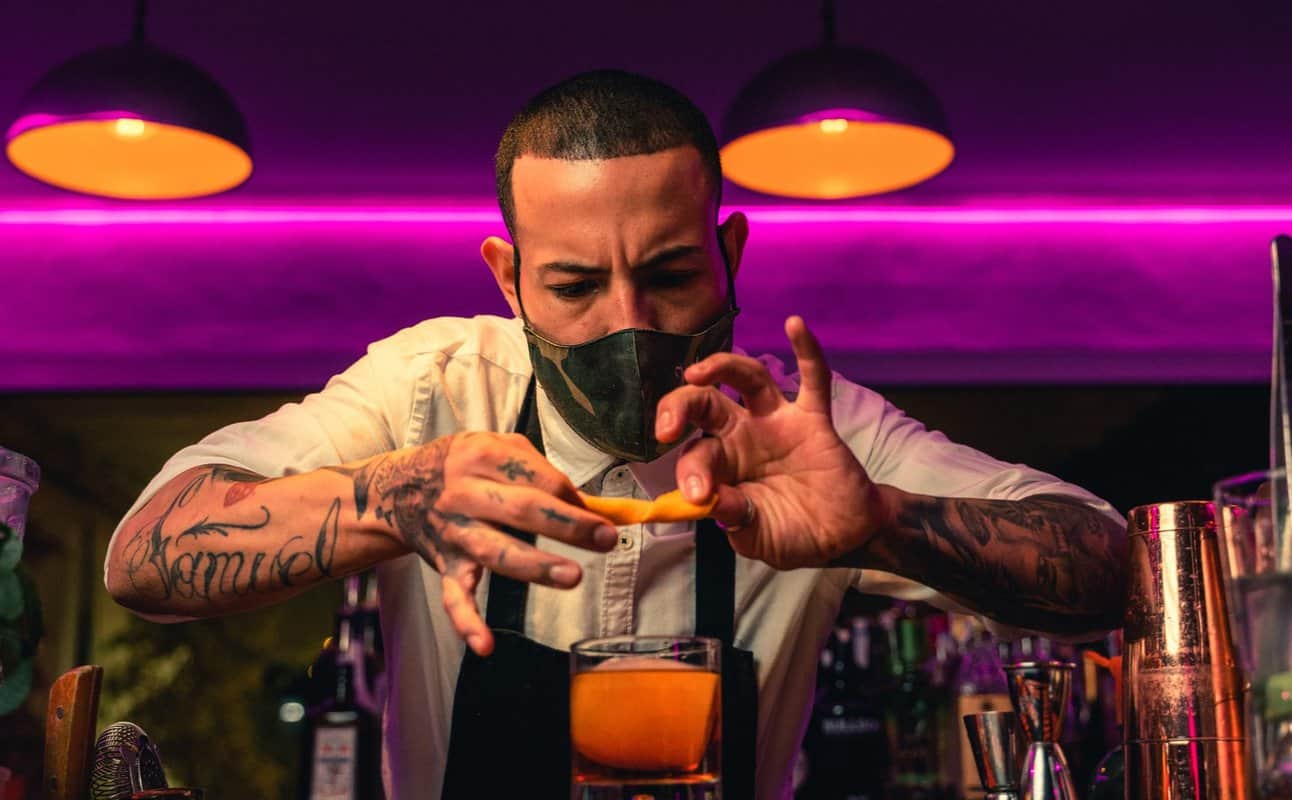 Bartenders provide beverages when you want to drink. People enjoying bars can expect quick service as they rattle off their beverage of choice. However, many find bartenders to be rude.

Why are bartenders so rude? What is it about that job that makes them so nasty? Does the job transform people, or is bartending a career that attracts rude people?

Why Are Bartenders So Rude?

If you go to a bar, you will find drunks. Some of them are harmless, but others are rude to bartenders. The employees are rude because they deal with awful people all the time.

Drunks require a lot of care. Bartenders must serve them, knowing the rude behavior they will get after a few beverages. They have to be forceful to handle these people safely.

Bartenders get used to being rude. Eventually, it may become part of their personality. That’s the person you meet when you go to the bar. They’re working through a tough job.

It’s unfortunate that bartenders are hit on so often, but it’s unlikely creepy patrons will go away. They have to be rude to show they mean business behind the counter.

Some bars have a particular crowd that the bartender is familiar with as they work. If you are not part of that crowd, you might not get the same treatment as the ‘in’ crowd.

The ‘in’ crowd is especially common if you head to a bar in a smaller town. People know each other well in these areas and tend to be more clique-based than in big cities.

You may need to go to the bar a few times to establish yourself with the people there. They may accept you and become less rude after this point.

4. They Must Be Efficient

In busy cities, bartenders must do a million things to satisfy customers. They might be rude because they try to do multiple things for many people.

Many patrons want to stop the bartenders and have conversations. They might try to be particular about their drinks or ask questions. Bartends have to drop the talk fast.

The faster they are, the more money bartenders can make. Fast drinks mean there is a higher potential for customers to tip. Rudeness means efficiency. 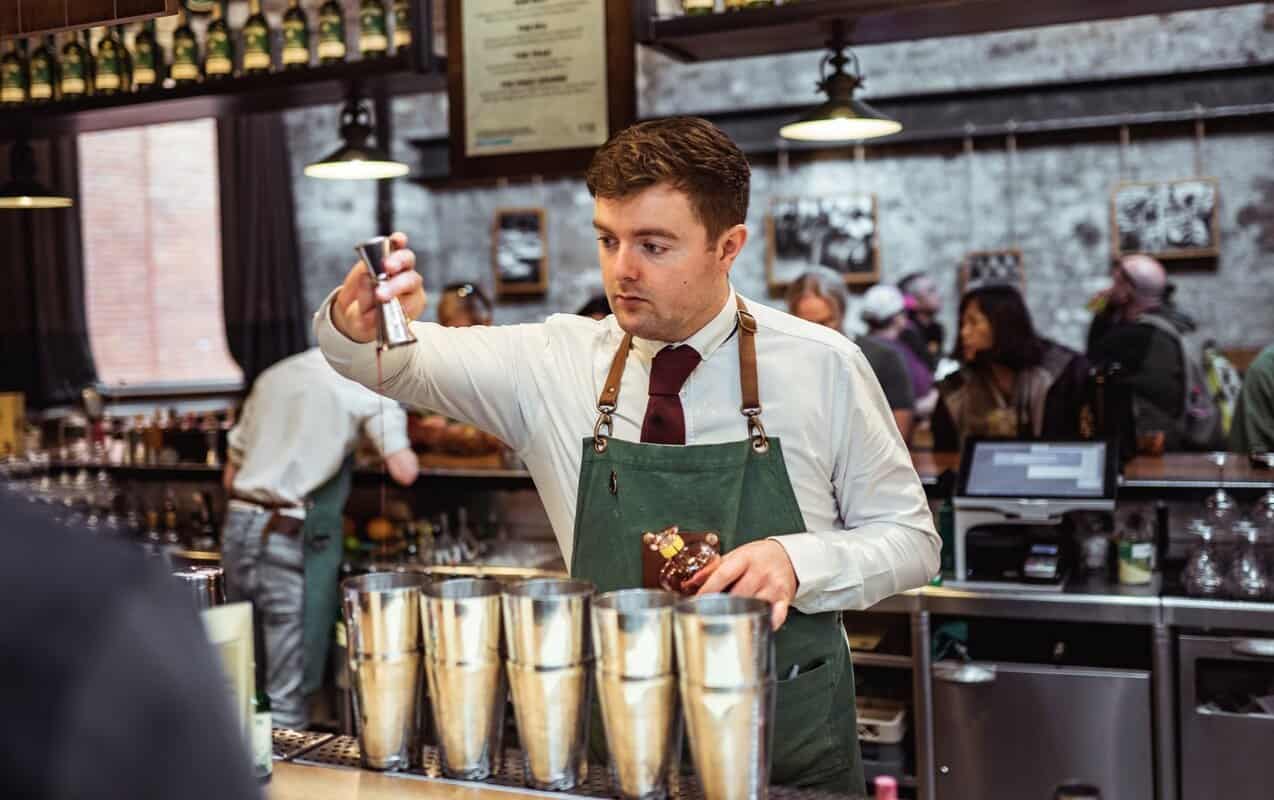 Bartenders make money when you drink. If you sit at a bar, take up a spot, and don’t order a drink, they might not be as nice to you as someone who helps with their income.

There are plenty of people that don’t drink, and that’s okay. You probably shouldn’t let the bartender in on your secret by taking up a space at the bar with your lack of money.

If you don’t drink, don’t sit at the bar. In a busy bar, try not to order water unless you must. The time bartenders take getting your water is a lost drink that could have made money.

Bars are loud places, especially if they are in big cities. Bartenders don’t have time to be patient with newcomers. They may be rude to get information across as fast as possible.

The bartender might not be able to hear you. They might want to get away from you if you’re trying to have a conversation because they have no idea what you are saying to them.

The combination of loud music, noisy patrons, and complicated requests is a nightmare. Bartenders lose some of their patience to compensate in other areas as they work.

Bartenders work hard, memorize drink creations, and handle rude customers. For all that work, much of their pay comes from tips. Bartenders are wildly underpaid for what they do.

Some bartenders receive a decent salary for their work. However, these are usually men and women who work at fancy establishments, such as private venues or yachts.

Anyone who works for hours a day and deals with rude customers for minimal pay reserves the right to be a little snippy. They go through a lot to make a living for themselves.

Being rude is a bartender trait. Many of them aren’t rude, they are putting on a show for the crowd. Most are well-established in their location and have the personality down.

You should be able to tell if their personality is an act by the way customers react to it. Do they look like they’re enjoying themselves, or are they just as annoyed as you are by the behavior?

Some bartenders make more money when they’re rude. The more money they make, the more awful they will be to customers who have cash in their pockets. That might be you.

9. They Reflect The Establishment

Bartenders are employees of an establishment. If they are in a work environment with terrible management and grumpy employees, bartenders will reflect the general vibe of the place.

You can tell the vibe of a place by examining other employees in the room. Are they happy? Sad? Irritated? What is the ambiance of the location? Studying reveals a lot.

Of course, the bartender might not be influenced by their surroundings. They might be a rude, unhappy person who doesn’t care about your feelings at all. They want to go home.

Bartenders tend to be rude. However, there’s a reason for this rudeness. They are treated poorly by drunks, must be efficient, and are underpaid.

When you enter a bar, ensure you keep the chaos of their career in mind. They might not be rude intentionally – they are attempting to do their job adequately.

Why Are Big Dogs So Gentle? (9 Reasons Why)