Why Are Bouncers So Rude? (11 Reasons Why) 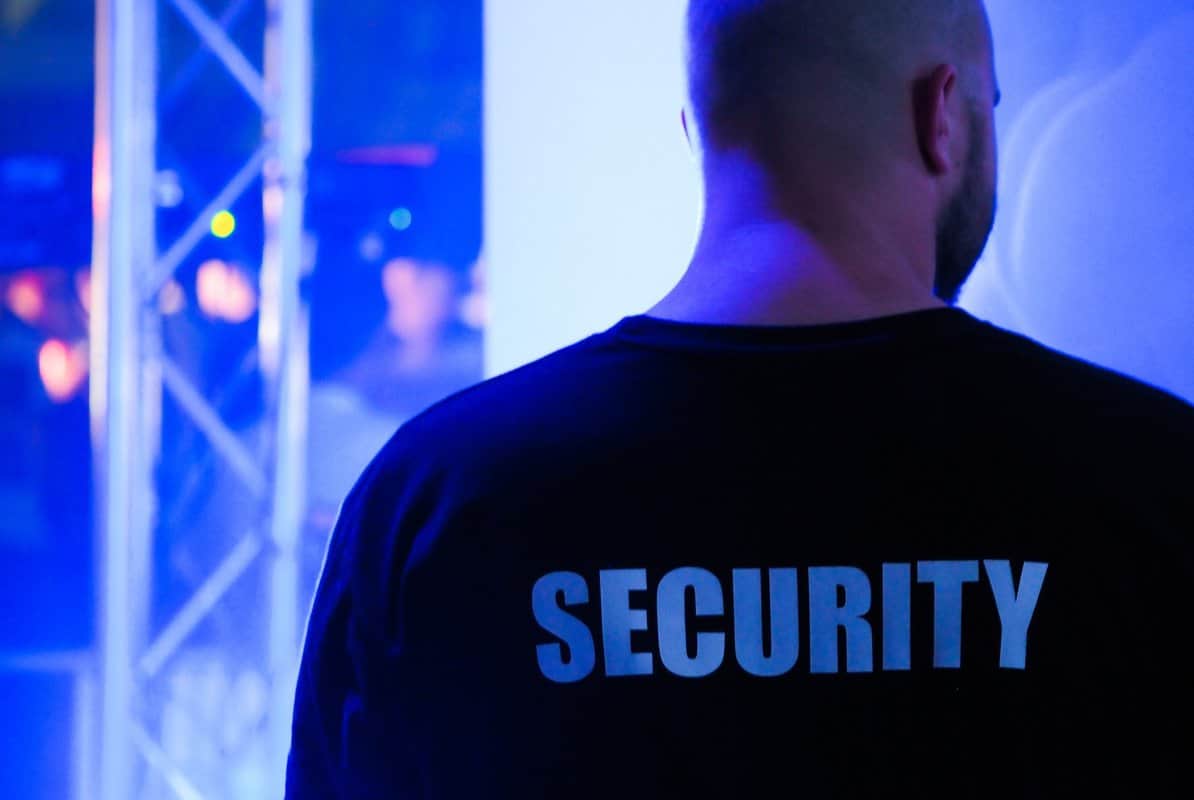 Bars and clubs are fun to visit on a night out. You can dance, drink fun beverages, and talk with friends in a unique environment. Unfortunately, you have to get through a mean bouncer.

Why are bouncers so rude? Is there a reason they act this way, or is it part of their ego? Are all bouncers the same, or are there only a few that are mean to interested people entering?

Why Are Bouncers So Rude?

Bouncers are rude because they are aware of the potential for fights. The ruder they are, the less likely patrons will feel confident enough to get in a tussle.

In a fight, it makes no sense for a bouncer to be kind. He needs to break up the fight as efficiently as possible to prevent harm from occurring to patrons outside or inside.

The nicer the bouncer, the less effective they are at their job. It might be frustrating to deal with a rude bouncer, but they are trying to do their job as effectively as possible.

Bouncers are in charge of kicking people out of bars and determining who has access to the area. This ability gives many people a false sense of superiority and power.

This false sense of power is especially prominent in bouncers that have had success kicking people out of bars and breaking up fights. They feel they are superior to everyone.

While this false sense of power can come in handy, it’s also dangerous. There are many reports of bouncers unfairly attacking patrons who didn’t do anything to them.

People can be mean, and bouncers are there to manage an unruly crowd. The more intimidating they appear; the less likely troublemakers will approach or do something.

If you are someone intent on causing a disturbance, you are less likely to get involved if there is a bouncer. You will feel more in danger than before.

Of course, some people make that disturbance regardless. If this happens, the bouncer must be tough and ready to handle the situation.

Many bouncers are for hire, and they work for a specific company. The company might ask them to be kind to patrons or ask if they can be as rude as possible.

If a client receives payment to be tough, they aren’t going to let their guard down for the sake of politeness. A bar knows its crowd, and they want to keep everything under control.

Sometimes, a bouncer is just rude. However, it’s also critical to note that this is their job. It’s their responsibility to be harsh to those entering the building.

Bouncers are not treated well by many patrons. They’ve been taunted, spit at, and even hit in some cases. Many are rude because they have a poor past with patrons entering the area.

If you have been treated poorly long enough, you learn that being nice isn’t always the solution. As a result, many bouncers have become rude to fight this abuse.

Unfortunately, bouncers must become rude to deal with the irritating people they need to keep out. However, this attitude is often necessary to do their job.

If you head to a bar, try to treat them as nicely as possible. This treatment is likely a rarity in their job history and will be appreciated, even if they don’t show it. 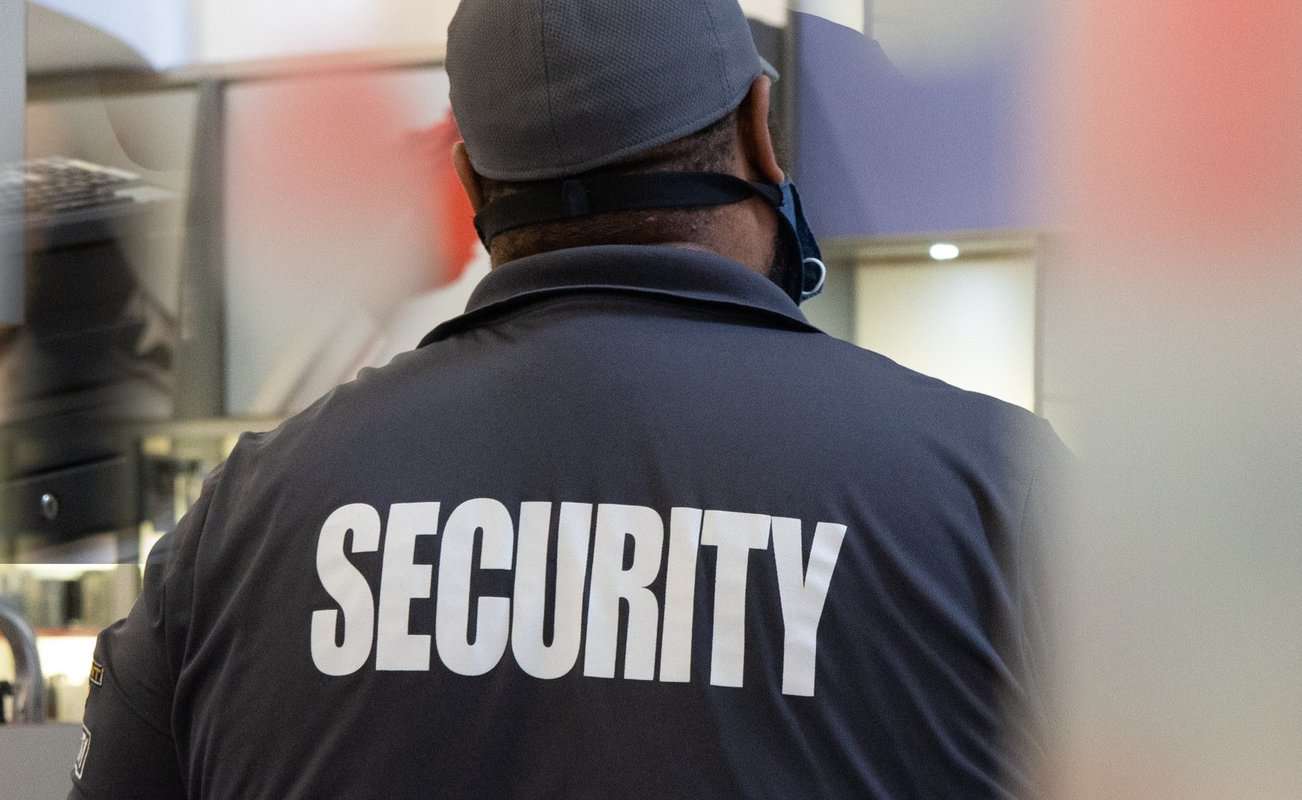 There are always tough guys at a bar. Many want to start fights with bouncers because they are often the most muscular and intense people in the area.

It might seem silly for patrons to attempt to fight bouncers, but it can become dangerous quickly. Bouncers need to be rude to handle these guys.

Read More:  Why Are Mechanics So Rude? (9 Reasons Why)

If you have a weak bouncer, anything could break loose. They must be strong physically and mentally – which means being rude.

The weather isn’t always warm and pleasant. Bouncers might be rude because they have to work outside in the weather, even when it’s freezing.

Bars are open all year long, and bouncers have to work outside. It can get below zero in cities like Chicago.

Bouncers might be rude because they are cold. It’s not fun to work outside of a warm location in the chilly months.

8. They’re Outside The Fun

While people party inside, bouncers are stuck outside, mitigating violence, and checking identification. They may be rude because they can’t join in on the fun.

Bouncers are often outside strip clubs, bars, and dance clubs. They hear the music blaring and stay away from the crowds, outside or hidden in a corner.

The longer you listen to people having fun, the grumpier you might get. Bouncers may want to be part of the action, but they can’t.

9. They Keep People From Drinking

Many bars enforce a limit on drinks. A bouncer has to be rude because they need to push the limit and ensure people who have had too much to drink leave before it gets dangerous.

There are cases where a person needs to stop drinking for safety reasons. They have had too much, and there’s a chance they could experience a medical emergency if they continue.

Sometimes, a person has to experience removal thanks to their behavior. They have had too much to drink and lost control of who they are.

Whatever the reasons, bouncers have to be rude to get them out. It makes things easier.

10. They Provide A Safe Feeling

If you enter a bar and there are rowdy patrons, you won’t feel safe if the bouncer is generous and kind. You want a tough bouncer that isn’t afraid to get his hands a little dirty.

Rude bouncers are often the toughest ones around. For patrons who are afraid of patrons that could cause a disturbance in their fun, they are the best option for troubling times.

11. They’ve Been There Forever

Anyone who has been in a job forever might lose their patience, especially if they are a bouncer. A bouncer working for fifteen years will be ruder than a new individual on the job.

The longer you work at a job, the more boring it gets. It’s normal to be rude if you’re tired and overworked. Bouncers aren’t immune to the strain of a traditional job.

Being at a job for a long time is no excuse for a bouncer to be rude. However, it could explain why they are testier than the average person at a gathering place.

Although it can be frustrating, there are many reasons why bouncers are rude. They’re there to stop fights, intimidate potential troublemakers, and keep people from drinking too much.

It can be tricky to pass by an aggressive bouncer. However, it’s critical to remember that these people are here to do their job. Bouncers are there to provide defense for the location.

Why Is Accounting So Boring? (11 Reasons Why)