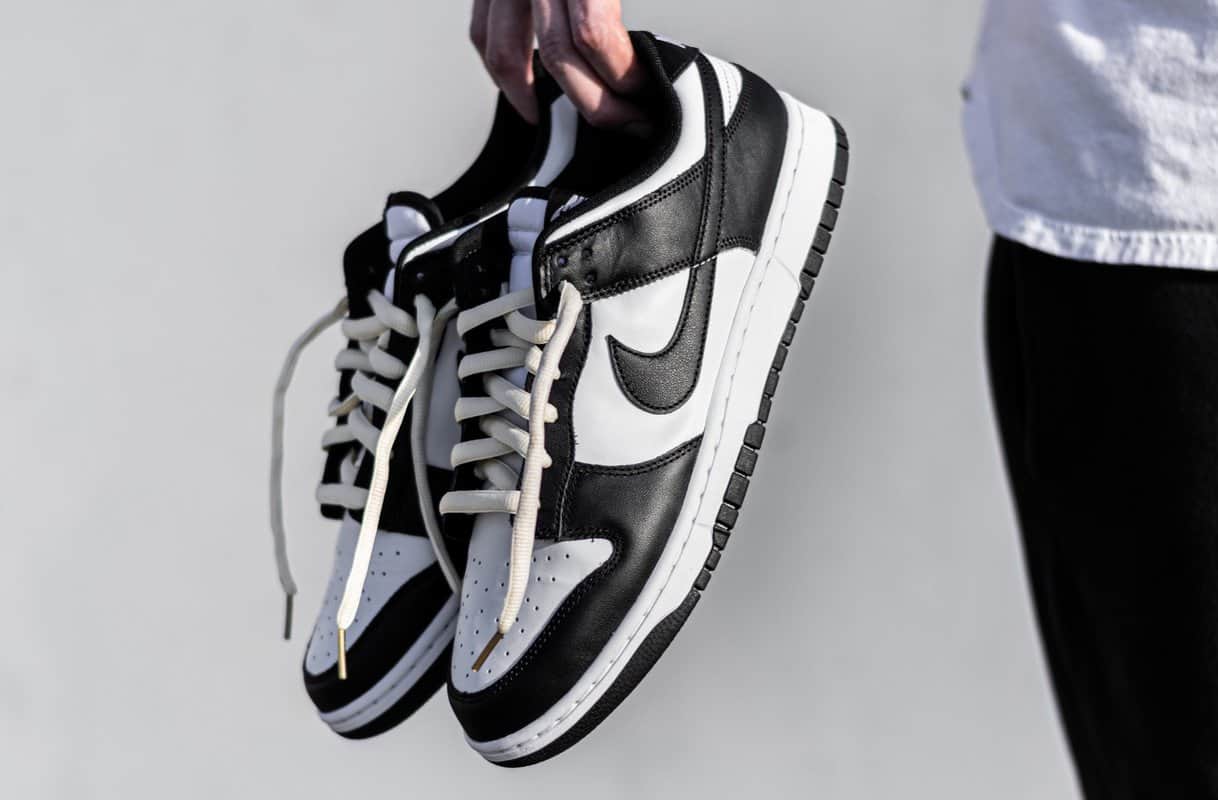 It seems that, in recent years, shoes have become exponentially more expensive than they once were. This trend is notable for sneakers, where all but the ugliest have increased in price.

In terms of expensive, popular sneakers, nobody has cornered the market like Nike. With Air Jordans, Nike is on top of the sneaker world, but another model has become popular: Dunks!

Why Are Dunks So Expensive?

Shoes in general, and particularly sneakers, have become so expensive because online influencers have taken an interest in sneakers as a fashion statement.

Many of these influencers are directly paid by sneaker brands to promote their product, though the growth is somewhat natural- influencers are genuinely interested in these shoes!

With major influencers showing interest in any sneakers, their fans will flock to the sneaker in droves.

This interaction is an example of supply and demand; Nike has the supply of sneakers, and the influencer’s fans have the demand. Therefore, Nike can charge more for their shoes.

Dunks are simply the latest in a long line of products promoted by influencers, helping boost their price to the astronomical amounts that you may see Dunks sitting at today.

Dunks were designed by the same man who created the Air Jordan 1, Peter Moore. This connection provided a great launching point for the shoe in the first place.

However, the design pedigree of Dunks does not end there. Dunks were initially made and marketed with the colors of the twelve leading basketball colleges in the United States.

This marketing decision led to the initial popularity surge that had proved Dunks to be successful, with Nike deciding that they could charge a higher price for the shoe.

Read More:  Why Is Ethika So Expensive? (7 Reasons Why)

Nike’s Dunks are known for their massive amount of collaborations, from fashion brand Supreme to ice cream juggernauts Ben and Jerry’s.

These collaborations provide a type of shoe for anybody with a specific interest, helping boost the popularity of the Dunks.

With a boost in popularity comes a boost in price, whether it be retail or resale. These collaborations are a big reason why Dunks are so expensive!

Dunks may be so expensive because similar shoes are popular. Nike, as a whole, is a popular brand worldwide that offers many shoes designed for similar purposes.

In the Dunk niche, Nike’s Air Jordans are some of the most popular shoes on the planet, having been designed by the same man who made Dunks.

Anybody who wants a pair of Air Jordans may settle for Dunks and vice versa. With this mutual popularity, all of Nike’s similar shoes help raise each other’s prices. 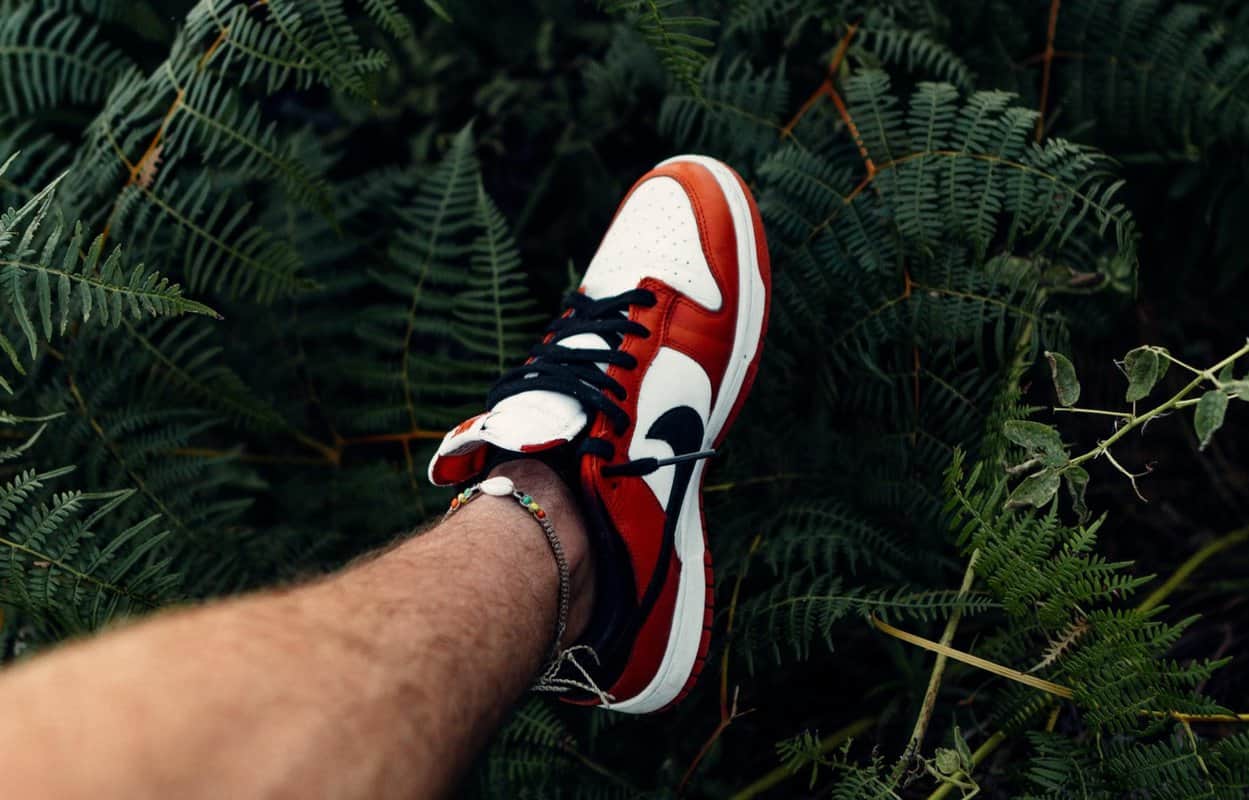 In the 2010s, artists like Virgil Abloh and Kanye West helped bring streetwear to the forefront of high fashion.

This trend helped give rise to the popularity of shoes like Air Jordans as more than a sporting shoe, and Dunks are in the same boat.

Athletes across all sports are known to be particular about their gear. Among basketball players, the shoes of choice are Dunks and Air Jordans.

With endorsement by many major basketball players along with street players, Dunks rapidly gained popularity and earned their price tag!

Dunks may be known for their wide range of collaborative styles, but none has affected the price as much as Travis Scott.

Read More:  Why Do Women Wear Bikinis? (9 Reasons Why)

Travis Scott is a massively popular, Texas-based rapper with an iconic sense of style. The rapper is also known for his many collaborations over several different mediums.

Travis Scott’s most famous collaborations include an in-game concert in Fortnight, a meal at McDonald’s, and a special-edition box of Reese’s Puffs cereal.

Scott’s history of collaborations with clothing and shoe brands is too long to name, but he began working with Nike in 2017 on their Air Jordan brand.

The rapper began his collaboration with the Dunk model by releasing his signature Dunk Lows in February 2020. Much of the newfound popularity of Dunks can be traced back to that month.

Much like with every other product the superstar rapper touches, the Travis Scott Dunks not only sold spectacularly but boosted the sales of other Dunk shoes, as well.

The Travis Scott Dunk Lows had initially sold for a total of $150, and are now available on resale sites starting at over ten times their initial price.

Fans of Travis Scott may even call this a Butterfly Effect!

8. They Are Collector’s Items

At this point in their lifespan, and due to the number of collaborations pushed by Nike, Dunks are more of a collector’s item than an actual piece of clothing.

As with any other collector’s item, Dunks are produced in limited quantities and command appropriate prices for their finite stock.

People have proven over and over again that they are willing to pay the special-edition prices that Nike has set for Dunks, meaning their price is not likely to go down until the hype dies.

People have proven that they are even willing to pay exponentially more than Nike charges- some Dunks go for tens of thousands of dollars upon resale!

Read More:  Why Are Tech Suits So Expensive? (7 Reasons Why)

Part of the reason why Dunks may be so expensive is that Nikes are expensive shoes in the first place!

The Nike brand is one of the most popular in the shoe market, and Nike has priced their products accordingly.

Nike knows that people are willing to pay more for their shoes, so they charge more for their popular shoe lines. Even the cheapest Nike shoes are comparable to a mid-range competitor.

Part of the reason Nike commands such a high price is the popularity of the Air Jordan brand, which raises the profit floor of the entire Nike company.

Dunks are a fan favorite in their own right, but they certainly are affected by the popularity that has so raised Nike’s prices.

To learn more, you can also read our posts on why Jordans are so expensive, why Fear of God is so expensive, and why people hate Crocs.

Ultimately, you may be able to see just why Dunks are so expensive. Many people have flocked to this comfortable, stylish shoe that offers enough collaborations to satisfy any consumer.

Luckily, if Dunks are a bit out of your price range or you are not into shoe fashion, there are plenty of other options available. Many cheaper sneakers can look just as sharp as Dunks do!

Why Are Bouncers So Rude? (11 Reasons Why)

Why Are German Cars So Unreliable? (11 Reasons Why)