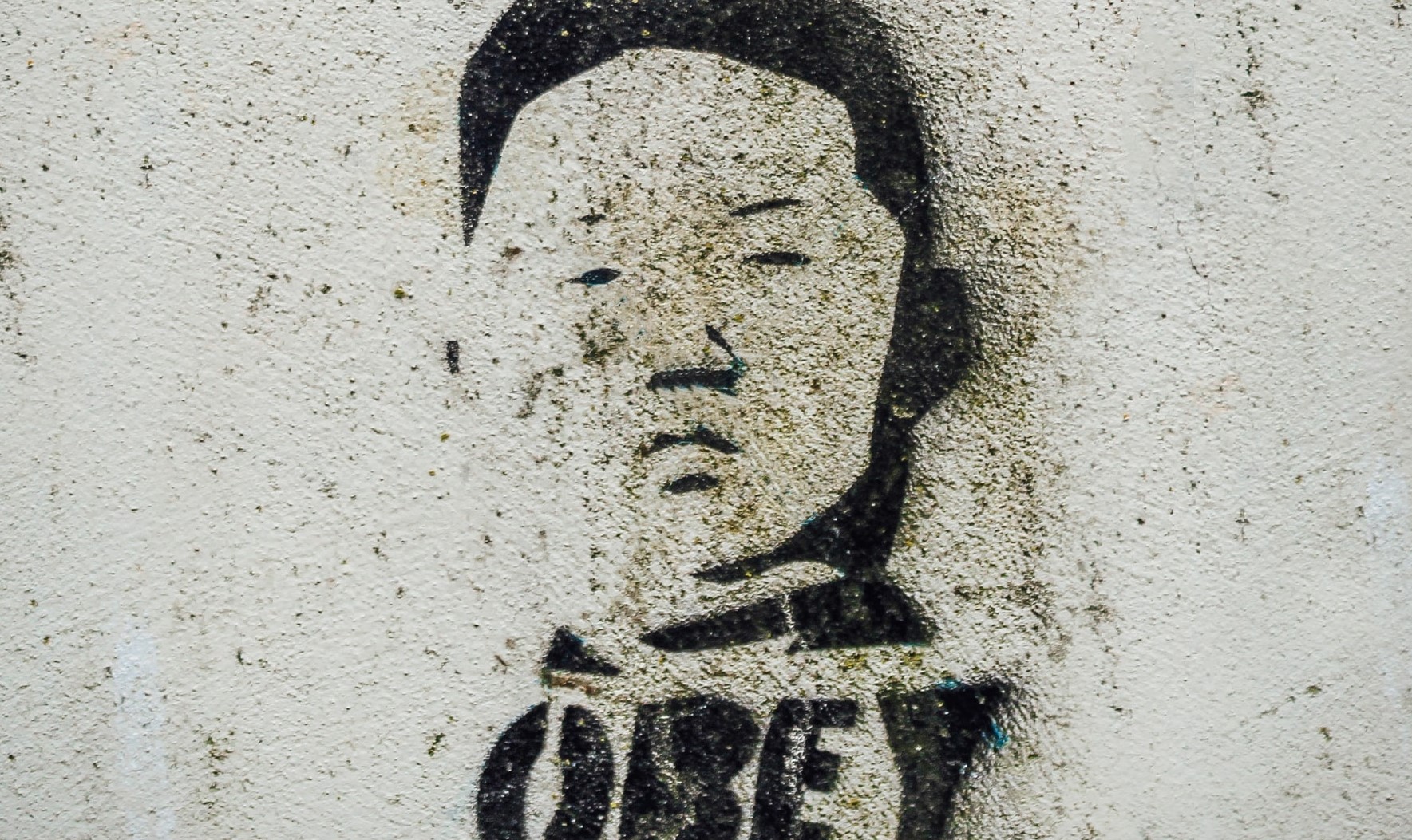 North Korea’s level of strictness has entered the public conscious in legendary amounts. The Kim dynasty has become the face of authoritarianism for their almost cartoonish restrictions, often becoming the subject of ridicule and parody.

This level of authoritarian strictness can be mind-boggling for anybody unfamiliar, and can even astound political scientists! If you’ve been curious about this habit, you’re not alone- many people wonder why North Korea can be so strict.

Why Is North Korea So Strict?

1. North Korea Is A Dictatorship

Sometimes the best solutions are the easiest ones- this is such a wide-held sentiment that it has a name; Occam’s razor!

When using the principle of Occam’s razor, the simple reason for the strictness of North Korea is that it is a dictatorship.

Throughout history on any continent, dictators tend to rule their people with an iron fist. When you think of historical dictators, you think of people like Pol Pot, Adolf Hitler, Joseph Stalin, Augusto Pinochet, and even Ivan the Terrible.

When considering the acts of past dictators, the actions of North Korea make a lot more sense. Citizens being rounded up and not allowed to leave is nothing new, and neither is the North Korean mass execution of political dissidents.

All in all, one can chalk up many of the North Korean issues to the simple fact that it’s a dictatorship, and dictatorships historically operate via fear.

As an authoritarian dictatorship, North Korea relies on the total obedience of its citizens to remain in power. Along with being the reason North Koreans are known for being oppressed, this is also why North Korea is extremely poor.

Read More:  Why Are Asian People Good At Math? (11 Reasons Why)

While the Supreme Leader and his inner circle are wealthy, the country itself is notably poor, and this lack of wealth extends to North Korea’s citizens.

By keeping the populace in a state of poverty, North Korea can maintain its grip on them, as citizens will be too preoccupied with staying alive to throw an open revolt.

North Korea is an extremely poor country, with an average GDP per capita of only $1300 in 2016.

Notably, most populations dislike living in abject poverty, and when a large portion of a population lives as such, it can cause civil unrest.

North Korea attempts to solve this with its strict policies so that its citizens cannot revolt even if they wanted to.

4. The Kim Dynasty’s Cult Of Personality

The reason that so many North Koreans simply will not revolt is that, despite the horrible living conditions and lack of funds, they don’t want to!

North Korea operates under a massive cult of personality, essentially worshipping the living and deceased members of the Kim dynasty.

As citizens worship these rulers like god-kings, it can dissuade people from leaving. Therefore, North Korea strictly enforces this cult of personality to keep up its appearances. 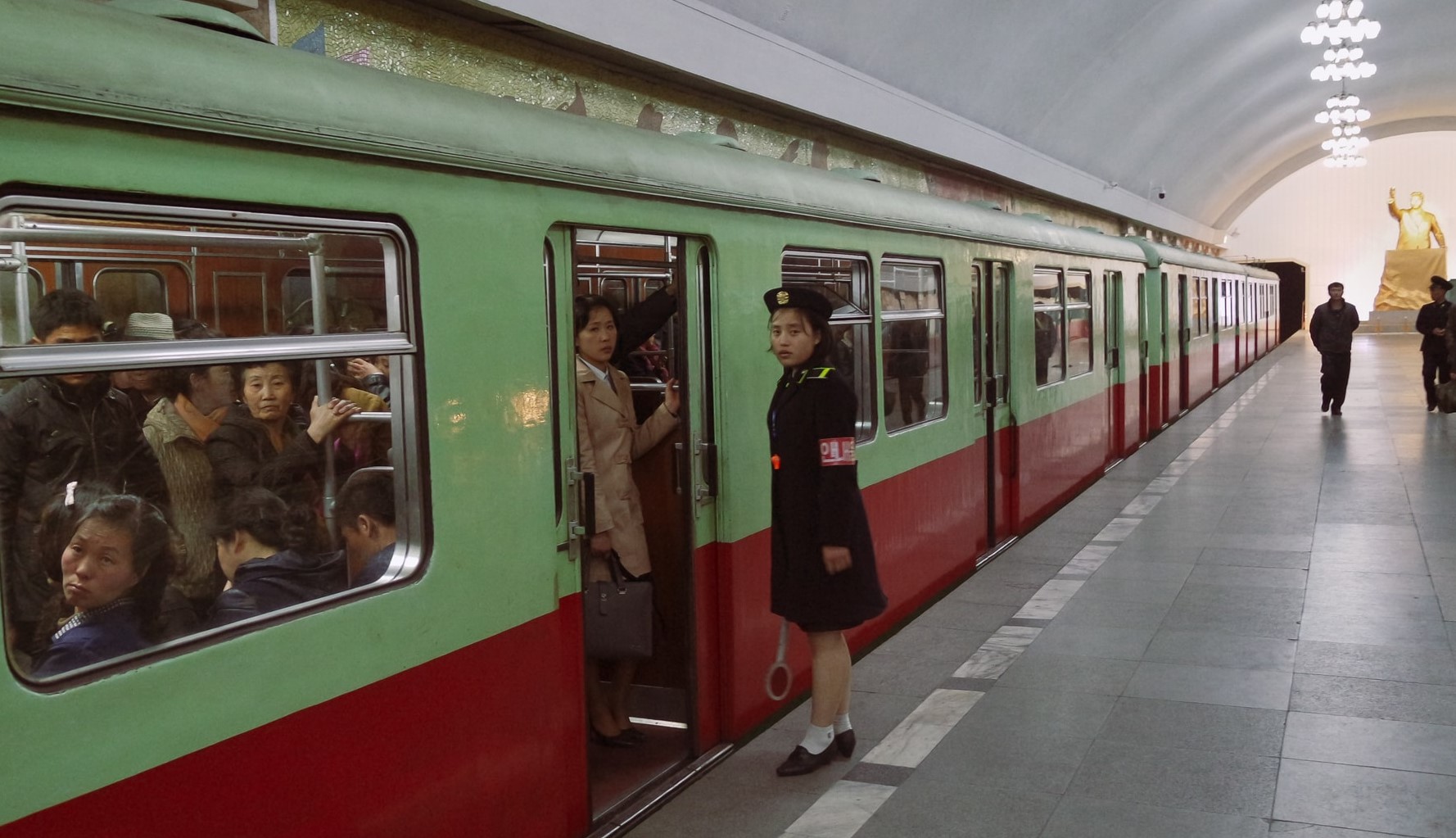 North Korea has the misfortune of being placed right above South Korea, a booming bastion of technological and societal advance in stark contrast to their northern neighbors.

South Korean buildings are also visible from North Korea, meaning that citizens may see how well the South Koreans are living.

North Korea is an undeveloped country, and its population trends towards starvation more often than not.

While 2020 was not kind to many nations, especially in Asia, North Korea got hit particularly hard.

Starvation grew so widespread that Kim Jong Un publicly ordered citizens to surrender their dogs so North Korea will have enough meat to survive.

You read that right; starvation has gotten so bad that North Koreans are resorting to eating their pets, which they needed special permission to obtain in the first place!

As populations starve, they become more restless, especially when there is a government to blame. As such, North Korea had to tighten its already-ironclad grip on its citizens even further, to prevent a revolt in the name of hunger.

If you couldn’t tell already, North Korea is not a particularly pleasant place to live- and so, people leave.

Defecting from North Korea is a dangerous and potentially deadly process, yet one that thousands of people may undertake in any given year.

If North Korea was not as strict as it currently is, citizens would simply leave due to the low quality of life. Therefore, North Korea made defecting carry a death penalty, along with potential labor camp sentences for the defector’s family.

Without this iron grip, surely more people would leave the country.

In an ironic twist, the reason North Korea is so controlling is that they don’t have control. While it is a downward trend, upwards of three-thousand citizens defect to South Korea annually, according to a defection agency in Seoul.

For a country with a population of twenty-five million that has been around since 1948, that’s a significant number of people!

With that level of population loss, North Korea publicly seems like it has less control of its population than it would prefer.

This is why North Korea enacts odd laws, such as limiting hairstyles and dress outfits or enacting weeks of mourning where entertainment and dancing are banned.

Read More:  Why Is Grad School So Expensive? (11 Reasons Why)

By imposing these odd, controlling policies, North Korea seems to have more control over its citizens than it does.

One of the most important reasons for North Korea’s strictness is it wants to maintain its illusion of power. If you read North Korea’s statements or press releases, you can see that they like to project an ego.

North Korea boasts of its military might but leaked documents from defectors and spies reveal that North Korea’s military is pitiful compared to what it claims.

Therefore, North Korea tightens its grip on its citizens in an attempt to have fewer leaks. The illusion can be maintained with fewer leaks, and North Korea can seem powerful!

To learn more, you can also read our posts on why North Korea is dark at night, why Paris is so dirty, and why America is so boring.

There are a good many reasons why North Korea is so particularly strict in its authoritarian policies, with many of those reasons being rooted in the ego and need for control of the Kim dynasty.

You don’t need anybody else to tell you that North Korea is a dark, awful place to live, but if you wanted proof, this should be enough to show you. There are entire books written about the cruelty of North Korea. Luckily, you don’t have to read that much- unless you want to!

Why Is Stairway To Heaven The Forbidden Riff? (5 Reasons Why)