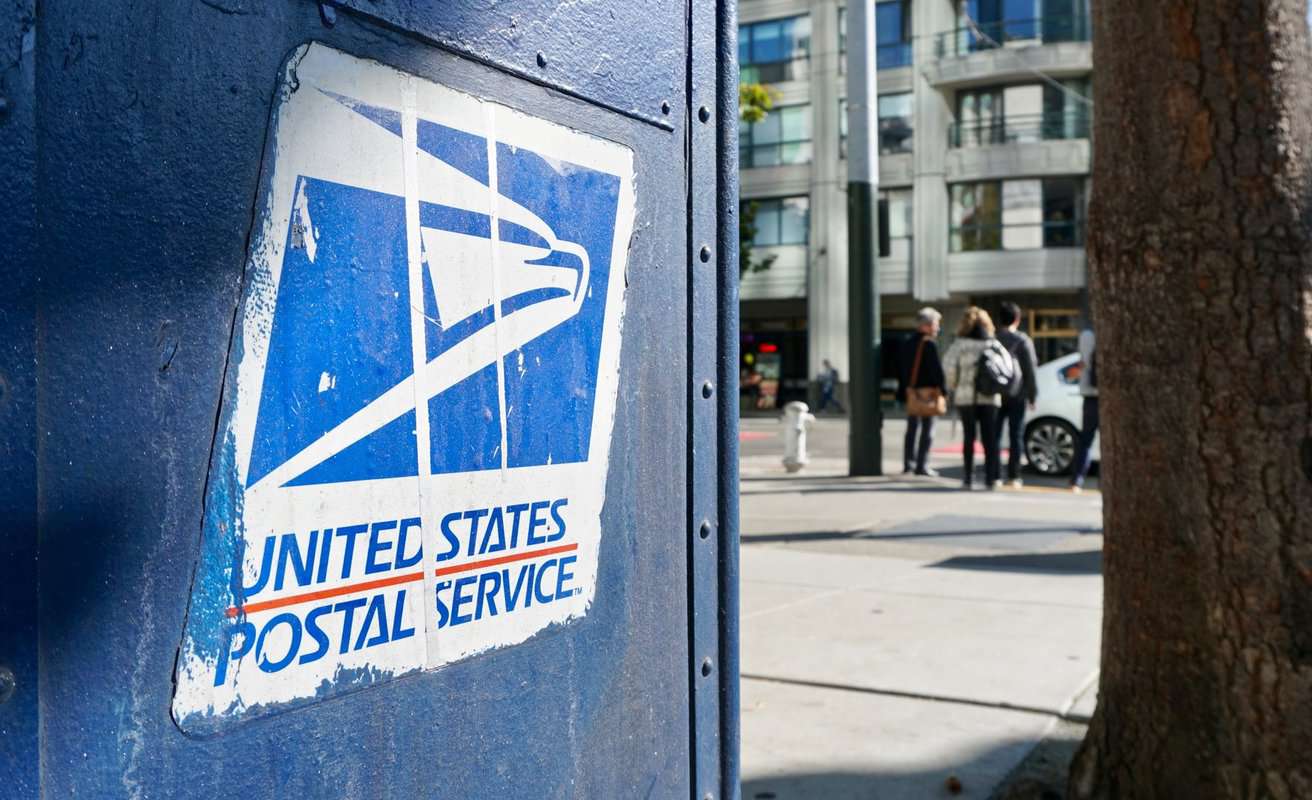 USPS is the leading mail carrier in the US. Subsidized by the government, people expect it to provide decent shipping and delivery services. However, this isn’t always the case.

Recently, USPS’s performance has deteriorated drastically to become one of the worst service providers. This has led many to ask, “Why does USPS suck?” Here are 11 reasons why.

Why Does The USPS Suck?

When answering the question, “Why does USPS suck?” the most obvious answer is the laziness of the employees. Unfortunately, everyone who has dealt with the USPS recently has had the same complaint.

Some attribute employee laziness to the affirmative action policies, which leave no room for employing competent workers.

Not only that, but the government doesn’t invest in employee training. Thus, employees aren’t motivated to do better.

It’s hard to expect more from them, especially given the harsh working conditions and the long working hours. Unfortunately, that’s why most USPS employees are slow, thoughtless, and unwilling to work.

However, the rate of low-performing employees differs from one office to the other. So, you can rejoice in the fact that no matter how many lazy ones you meet, you can still find a handful of diligent workers scattered around various USPS offices.

USPS sucks because there’s no competition to bring about any real change. Although there are some private service providers such as UPS and FedEx, USPS is never in direct competition with them.

This is because federal laws set the USPS apart from competitors. In fact, the USPS has a legal monopoly that doesn’t allow any competitor to offer lower prices and deliver mail.

Consequently, having no competition makes USPS unwilling to improve its services. So, it’s not only that the USPS knows that customers don’t have any other option, but it also doesn’t care whether there’s any change for the better or not.

Recently, it’s become very difficult to track a package. For starters, the tracking service is not accurate, nor is it regularly updated.

Read More:  Why Does UPS Deliver So Late? (9 Reasons Why)

If you try to track your package to no avail, it’s probably sitting in some office for God knows how long before someone accidentally comes across it.

Is this a flaw in the system? Or is it because of the new ‘delay’ rules? No one knows for sure.

USPS is commonly known as “snail mail.” However, in 2021, it announced an intentional slowing down of services in an effort to save money.

In a surprising turn of events, USPS officials announced they’d rely on land rather than air delivery. Then, to make matters worse, it also announced a reduction in the number of mail trucks nationwide.

Therefore, if your package usually takes a day to get delivered, it might take two or three with these new delivery codes. So, while implementing a plan to save money, the USPS has successfully managed to upset many of its users.

USPS is government owned and operated. This makes it a pure bureaucratic organization that fails to satisfy its customers. Truth be told, it probably doesn’t even care.

Simply put, the USPS abides by the rules laid down by the government, regardless of customer satisfaction. Such a detached attitude is one of the primary reasons why USPS sucks.

Just like other government sector institutions, the USPS shows little accountability. Unfortunately, this is one reason why the USPS has become incredibly annoying to deal with. 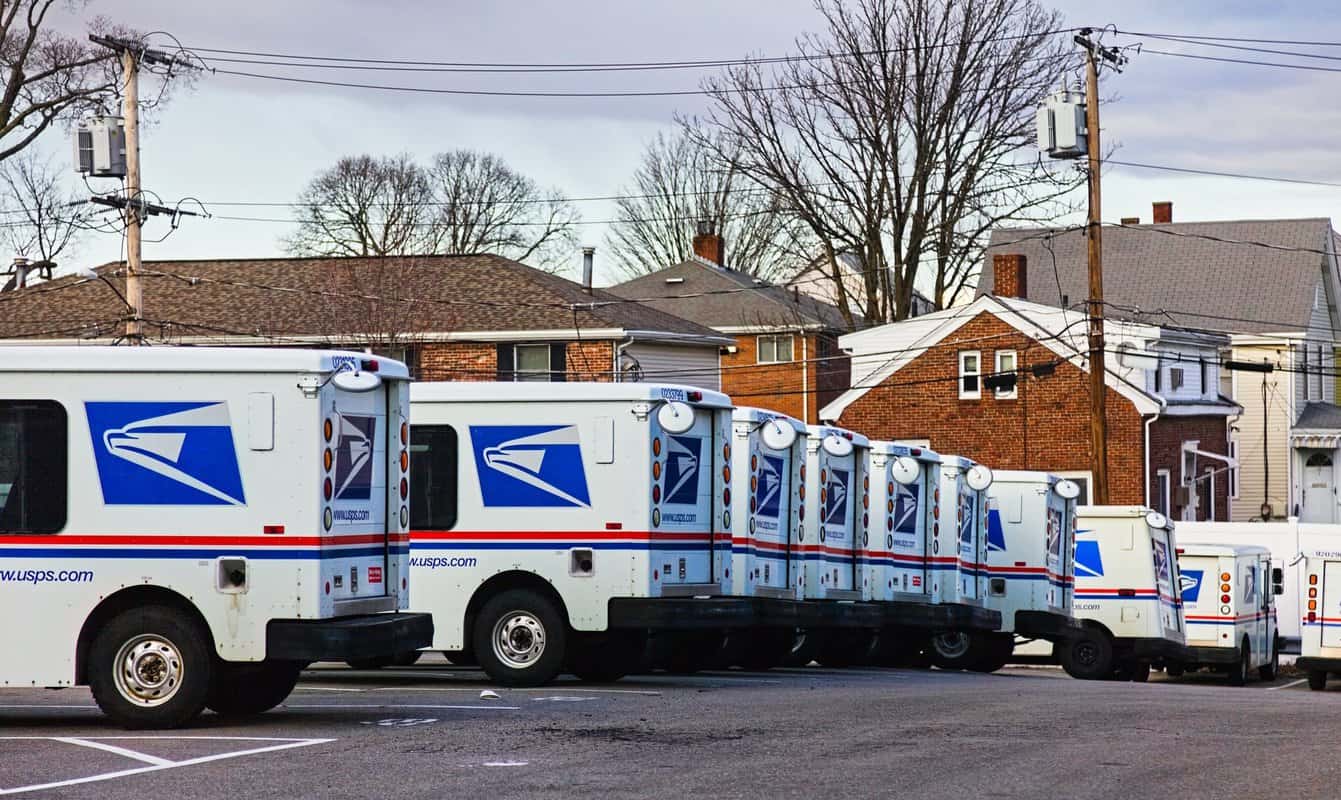 In 2021, the USPS announced an increase in its rates. Although this doesn’t make it more expensive than FedEx or UPS, it makes a difference given the quality of the services provided.

Such an increase will apply to first-class letters, flats, postcards, certified mail, and add-on services. Basically, it would affect a large array of USPS users.

The truth is that the increase is nothing more than a few cents that will probably go unnoticed by many one-time users. Yet, regular customers will definitely feel the sting.

For instance, businesses that use certified mail on a daily basis will be greatly affected.

Then, if that wasn’t enough, USPS announced yet another temporary spike in holiday shipping rates. Unfortunately, without any improvement in services rendered, it’s hard to accept any price bump.

Although this isn’t a typical complaint, there have been some incidents of theft at various USPS facilities. The most recent incidents were reported in Pennsylvania, Louisiana, and Chicago.

That said, it’s hard to claim that this is typical USPS behavior. It’s also not something restricted to USPS branches. Yet, it’s their nonchalance way of reacting to the thefts that has made people lose faith in the postal system over the years.

Wrong deliveries are another problem that makes the USPS suck. It’s one thing when you receive your mail or package later than expected. Yet, it’s a whole other thing when you don’t get it at all.

Lately, USPS has been delivering to the wrong addresses more and more. Some attribute this to the fact that some people don’t update their addresses when they move, while others blame it on employee incompetence.

Either way, it’s making it more and more challenging for your packages to get delivered to the correct address on time, if ever.

In the past, the USPS used to take pride in delivering packages safely and on time. Recently, however, there’s been a major change of attitude.

Many people have complained that USPS employees mishandle their packages, damaging and even losing entire packages.

Here’s a video of a man getting really upset when his security camera caught a USPS delivery officer mishandling his package. Incidentally, he named his video USPS Sucks.

Given all their misconduct and poor performance, it’s no surprise that USPS customer service is a joke. How else could they account for all these problems?

In fact, the USPS customer service won’t help you in any way, even if your delivery got lost or damaged. This feeds into the idea that USPS doesn’t care about maintaining customer relationships.

Read More:  Why Is Alaska Airlines So Cheap? (9 Reasons Why)

Unlike private sector companies whose success relies primarily on customer satisfaction, the USPS comes across as simply not caring. Why work hard to build customer loyalty if they have no option but to keep coming back?

After raging about all the inadequacies and mishandling of packages, let’s take a moment to think of the problem from a different perspective.

Perhaps, USPS sucks because its employees are always under pressure. In other words, they can’t find the necessary motivation to do better due to their working conditions.

Just like most employees in the government sector, those working at the USPS are constantly under scrutiny. Even the good ones get reprimanded for mistakes made by the corrupt minority.

They also have to endure long hours, hectic jobs, as well as constant complaints from customers, which is never easy.

In this sense, we’re technically why the USPS sucks. We expect to pay less than we pay UPS or FedEx and still get a better service, which doesn’t add up.

To learn more, you can also read our posts on why AT&T sucks, why Xfinity sucks, and why your FedEx package got farther away.

The problem mainly stems from the USPS office itself. Yet, maybe, if we try to reduce the pressure on employees before expecting top-notch service at low-cost prices, we’ll both get what we want.