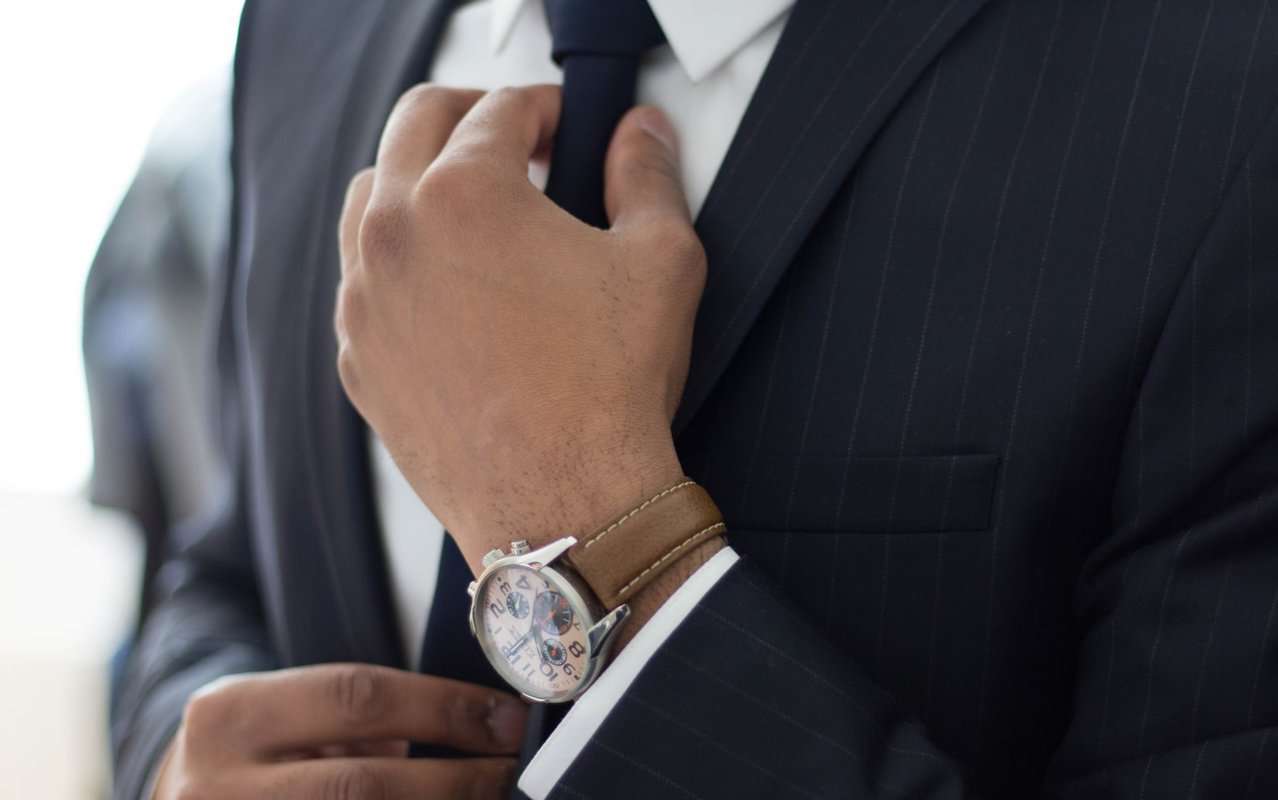 For men, a tie isn’t just a piece of fabric that’s worn around the neck for decorative purposes; it’s also a way to express themselves through their style choices.

Men wear ties for several other reasons. Some are practical, whereas others are symbolic. That said, this post attempts to answer the question: why do men wear ties?

Why Do Men Wear Ties?

1. Ties Are A Staple

You don’t need to be a history buff to know that ties have been around for ages. The tie started gaining popularity in the 17th century and has been a staple in almost every man’s wardrobe.

Essentially, ties have been around for so long that it’s hard to remember a time when men didn’t wear them!

Today, however, there’s a debate raging over whether or not men should still wear ties. Some argue that they’re too formal and outdated, but others say they’re an important part of their style.

Either way, you’ll definitely still see some ties around you.

While the neckerchief was popularly worn by Croatian mercenaries during the reign of King Louis the 13th, it’s said that the fashion trend was actually initiated in Paris.

The story goes as follows:

When Croatian mercenaries were presented to King Louis the 13th as great heroes among the armies, they wore neckerchiefs around their shirtsleeves to symbolize loyalty.

This drew the attention of Parisians, who began spreading the tie everywhere. As a result, men in business wear ties as a way to show that they’re disciplined and loyal to their employers or colleagues.

Ties are considered a sign of a strong personality by most people. It shows that you’re serious about what you have to say and that your ideas matter.

By wearing ties, men are telling others that their opinions and views are important too. Ties can also make a bold statement in the workplace.

Read More:  Why Are Clothes So Expensive? (11 Reasons Why)

When worn with a suit, ties can add a more powerful look to business attire. But when paired with jeans, ties can make the outfit appear more formal.

The tie has survived through the ages and changed with each decade. This means that you can find some great ties at different places in the world whenever.

For example, if you look back at old photos of movie stars from the 20s or 30s, many of them are wearing big floppy ties!

You won’t find those kinds of ties anymore (unless you get lucky), but there are a lot of other styles available today.

If you look back even further, you’ll even see Thomas Jefferson wearing a necktie.

Because of this constant change and versatility, ties became a safe choice when it came to men dressing up.

You might’ve heard that the traditional necktie was originally designed to keep men warm in cold weather. Ties were once made from wool and silk, which are naturally insulating fabrics.

In the winter, a tie is one of the most common ways to keep your neck warm. It covers your unbuttoned collar and helps trap heat around your neck.

Even though most ties now are made of polyester or cotton, this didn’t stop men from purchasing them. 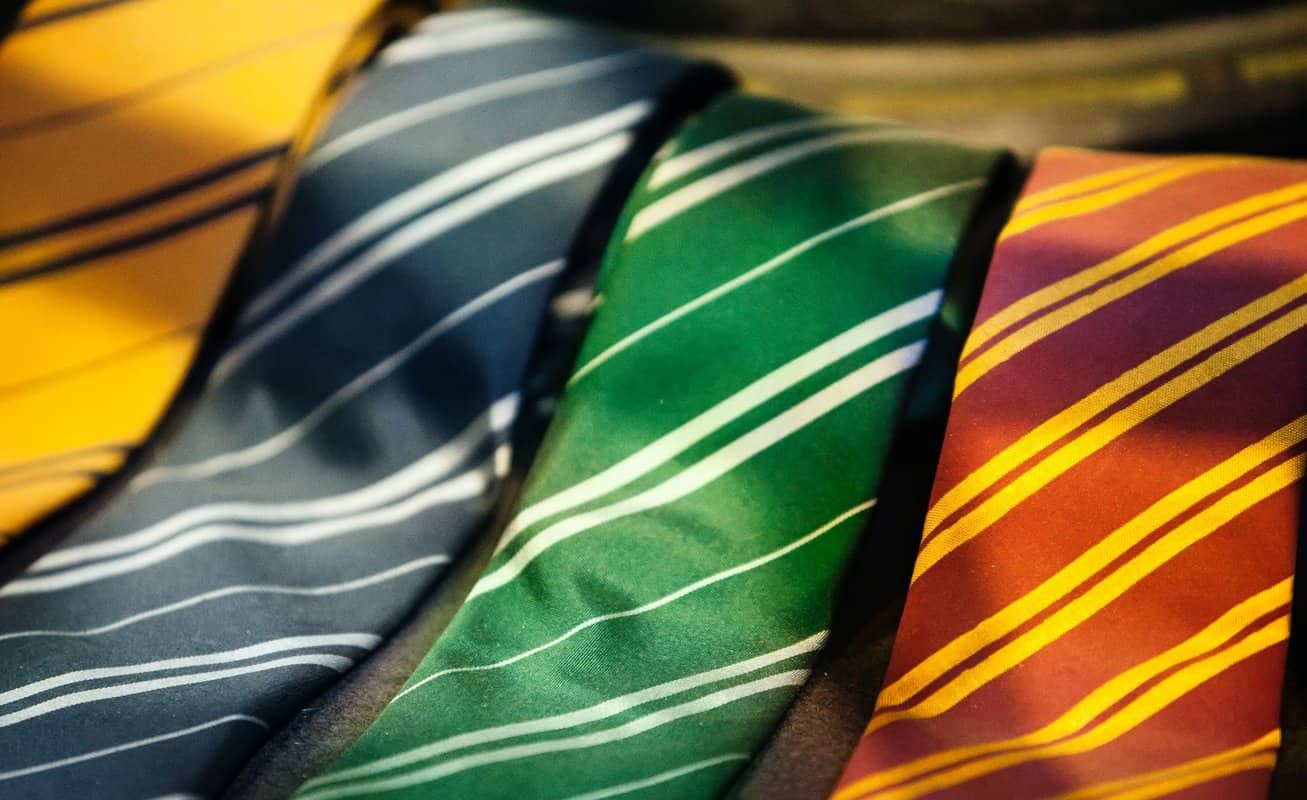 In the early 19th century, ties were not as common as they are today. The tie was a symbol of status and belonging to a particular social class.

Neckties were originally worn by wealthy men who wanted to show off their wealth by wearing expensive silk ties in bright colors.

The tie was also considered an important part of a man’s attire, especially for business meetings or negotiations. Today, the necktie has taken on a more casual role than it once had.

Read More:  Why Are Bras So Expensive? (11 Reasons Why)

However, a person’s choice of neckwear can say something about who they’re and how they feel about themselves and society at large.

Because some people tend to make judgments based on appearances, it’s important to consider clothing options and accessories.

Ties can serve as a way of making men appear more reliable and trustworthy. If men want to convince others that they’re knowledgeable and/or capable, wearing a tie is the way to go.

Did you know that people usually dress how they feel?

If you’re sad, you’re more likely to wear comfy clothing. Fortunately, this psychological trick can be reversed and used as an advantage.

Wearing something that makes you feel confident, even if you’re not feeling like it, can change your mood significantly.

This is why some men wear ties most of the time; not just for the confidence boost but the mood change as well. This theory is known as “dopamine dressing.”

So instead of reaching for a plain sweatshirt, men put on their favorite tie and instantly feel more cheerful.

Sometimes, men can’t help but wear a tie. As much as they want to be casual and wear whatever they want, there are still some rules to be followed in certain places.

The first rule to follow is the dress code. This is a rule that can’t be broken, especially if you work in an office where people wear suits. This also applies if you’re at a formal event.

Ties are also useful for men who are looking for job opportunities because many companies require them to wear ties for interviews and presentations.

Read More:  Why Do Guys Wear Necklaces? (9 Reasons Why)

Some jobs can even require them to wear long-sleeved shirts with ties at all times.

When someone wears a tie, we usually pay attention. Whether it’s because they look professional or authoritative, it just happens!

So, some men wear ties because they want people to notice them, which is why they also choose colorful and creative ones.

Ties can also help give off the impression that someone has put some thought into their appearance.

While few people wear ties on a regular basis, those who do tend to stand out in a memorable way.

Men aren’t necessarily trying to get more respect or attention. Sometimes, they just want to feel like a million bucks when they walk into an office or an event.

Ties are a simple accessory that men can wear to dress up a casual outfit or add class to a suit. It’s a simple fact: ties can make your outfit pop, and it’s hard to argue with that kind of power.

To learn more, you can also read our posts on why men wear suits, why men wear undershirts, and why guys wear necklaces.

So, why do men wear ties? This is a question that has many answers. Ties are a stylish addition to a wardrobe and can be worn in multiple settings.

Neckties don’t just make men look good; they’re also a way to boost self-esteem. Once you’ve got a taste for one, you’ll probably wonder how you’ve ever gotten by without it.

Why Do Wedgies Hurt? (5 Reasons Why)