Why Are Underwear So Expensive? (11 Reasons Why) 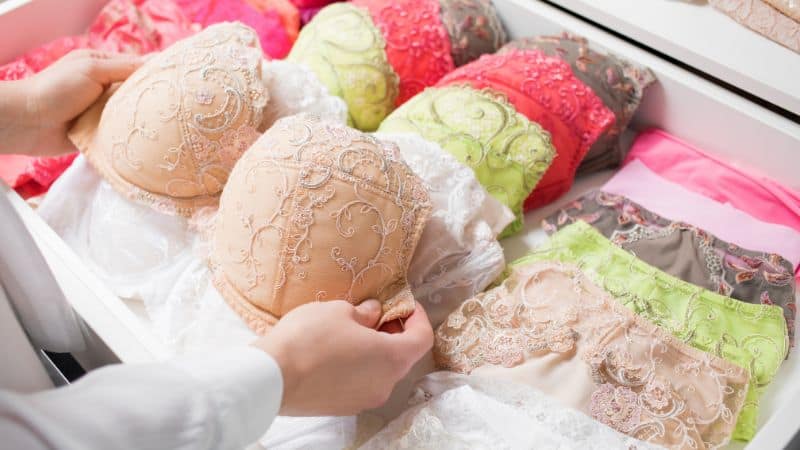 Underwear are a must-have for many of us since it keeps our outer garments preserved and sanitary. However, underwear can go through wear and tear, so you may be thinking about getting a new pair.

If you saw the prices for underwear, you might be wondering why they are so expensive. I did the research, and here is what I learned!

Why Are Underwear So Expensive?

Underwear is expensive because of the brand name associated with the garment. Plus, certain retail channels often mark up the initial price of the underwear for a profit. Moreover, the design of the underwear, along with the materials and labor used to make the underwear, can make them more expensive.

Are you curious to learn more facts about what affects the price of underwear? I compiled a list of factors below, so keep reading!

Typically, one of the main reasons why a pair of underwear is expensive is because of the brand.

Whenever a brand is seen as high-quality or high-end, the brand’s products tend to be more expensive.

That said, this is because customers are willing to pay for brand names since customers believe that the brand always delivers quality products.

For instance, Calvin Klein has popular underwear that are expensive, but people are still willing to buy Calvin Klein underwear because they think the underwear will be of high quality.

Generally, these retail channels are physical or online stores that are in charge of selling the brand’s products.

Read More:  Why Do Women Wear Tight Pants? (9 Reasons Why)

Once these retail channels have the products, they can mark up the product’s sale price by 40-60% of the original price.

That said, this is because retail channels want to make a profit, so they charge more than what the underwear would be worth.

At times, manufacturers like to add extra details to their underwear to make them more “valuable.”

For example, many underwear manufacturers like to add logos on specific parts of the underwear’s waistband, which can be costly.

Therefore, the manufacturers can make the underwear more expensive since they have more details than necessary.

However, the packaging is a significant reason underwear is expensive since packaging adds value to a product.

If you see underwear that comes with a box, bow, stuffing, etc., it will likely be very costly compared to underwear sold in a regular box or plastic container.

Naturally, brands and manufacturers have to factor in the packaging costs to the retail price of underwear.

Still, they also tend to mark up the final price when the underwear comes with special packaging. 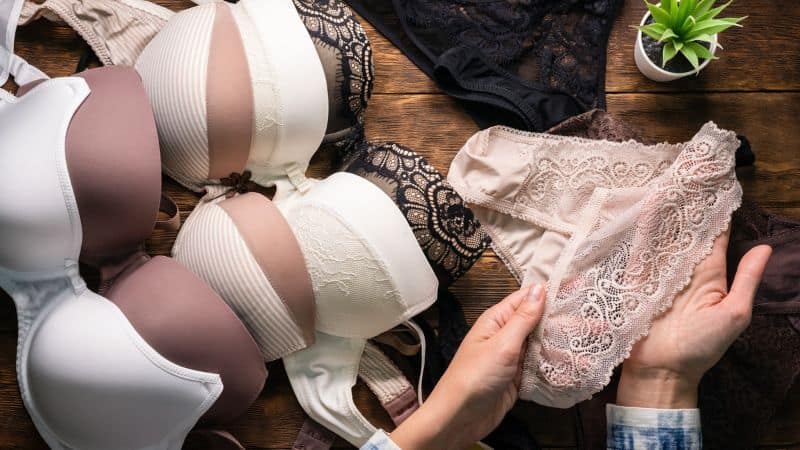 Normally, manufacturers make their underwear expensive because they use high-quality materials to create the underwear.

For instance, underwear made from micro modal fabric is expensive since it is said that micro modal material is softer, but this fabric feels the same as the modal fabric.

Read More:  Why Do Men Wear Jock Straps? (7 Reasons Why)

Another example is silk underwear, which is often expensive since 5,000 silkworms are needed to make one kilogram of silk.

Usually, basic pairs of underwear are pieces of fabric with elastic at the waistband, but many brands are looking for ways to improve underwear.

For example, one common feature brands have been adding to underwear is stretch technology, making the underwear more expensive.

Generally, the benefit of wearing stretch technology underwear is that the underwear band will not cut or dig into your skin.

However, the manufacturers have to blend various fabrics to make the underwear stretchy, which adds to the underwear’s price.

Occasionally, some brands may release limited collections of their underwear, meaning the underwear will only be sold for a certain period.

Further, this means that the supply of underwear will be low, which allows the brands to charge more for the underwear since they will be “exclusive.”

Sometimes, brands have to charge more for their underwear when they contain intellectual property.

For instance, getting a pair of underwear that was part of a Marvel collaboration will be more expensive than plain underwear.

That said, this is because the brands have to pay for the licensing rights to use the character’s design on their products.

Additionally, these types of underwear often require more materials, such as special fabric, which adds to the overall cost.

Read More:  Why Is Fear Of God So Expensive? (7 Reasons Why)

Generally, a brand or manufacturer will need to profit from its products since it is a business.

Therefore, businesses that sell underwear often have expensive underwear since they need to mark up the underwear price.

Also, some of these profits will pay for taxes, materials, etc., so many businesses need to price their underwear accordingly.

Typically, an item that will last a long time will be considered an investment, so “long-lasting” underwear is more expensive.

Further, this is because the manufacturer will often use better materials and more care to create the underwear.

Not all underwear are made in an automated assembly line, especially if they were expensive.

Occasionally, underwear may be handcrafted or have specific details hand-sewn, and the manufacturer will add that to the total underwear cost.

Typically, a pair of underwear is expensive because of the brand name and retail channels that sell the underwear because they want to make a profit.

Finally, the materials, labor costs, and licensing rights used to create the underwear can increase the price.

Why Are Suhr Guitars So Expensive? (11 Reasons Why)

Why Is Ethika So Expensive? (7 Reasons Why)