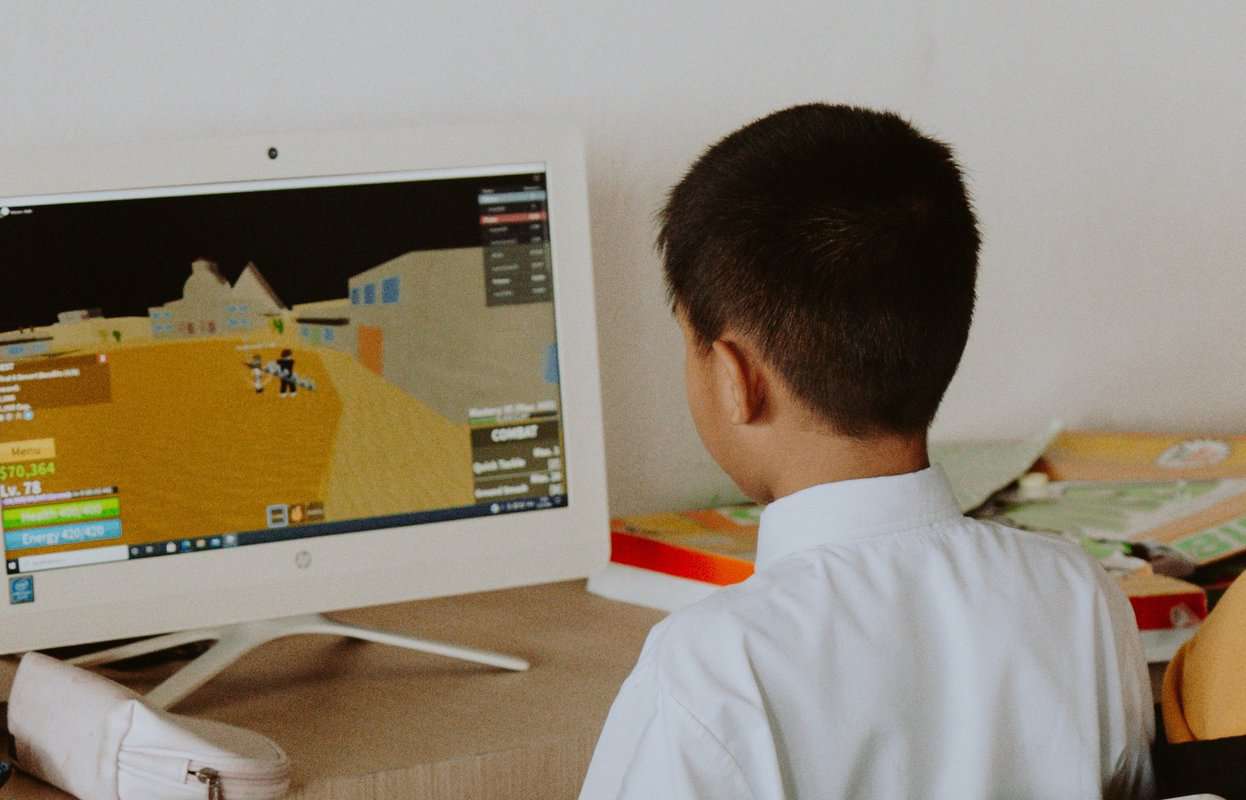 School computers can be a vital tool for the learning process. However, each device is only as good as its performance and speed.

A recurrent theme with school computers is being slow and sluggish. Is that something to tackle, or is this lagging an unavoidable misfortune? That’s what we’re about to find out!

Why Are School Computers So Slow?

IT departments usually install anti-virus software on all computers to protect the school’s assets. This setup is usually a good idea, but the software can slow down the computer slightly.

This issue happens because the software needs to compare the network drive and local files to a hefty list of known signs of malware. That requires some processing power.

Even when you’re not actively initiating a full scan, odds are, the anti-virus is still running in the background, using a smaller amount of system resources.

Of course, different software options can be more demanding than others, but most schools won’t factor this effect into their decision-making all that much.

While anti-virus programs can lead to a slight drop in PC performance, schools can’t do without them entirely.

After all, many school computers would be riddled with viruses if it weren’t for protection software.

These viruses can drastically bog down the processor and its functions. Crypto-jacking viruses are also notorious for draining system resources.

It can be a little counterintuitive to say that both malware and anti-malware can slow down computers.

However, the malware can also corrupt files, steal sensitive information, and cause a whole lot of unnecessary racket.

So, it’s still safer to protect your school (and personal) computer, anyway.

Sometimes, a software update is all you need to fix a bogged-down computer. So, talk to your school’s IT staff to ask about the possibility of upgrading.

In certain cases, the school will cover the software update expenses in full. However, you might have to pay a fee if the computer isn’t a shared asset.

Read More:  Why Do Chromebooks Suck? (9 Reasons Why)

If your school computer runs on a shared router, the culprit could turn out to be the internet bandwidth.

You can tell that this is the case if the lag is strictly on processes and apps requiring network access. Everything else should be smooth and unaffected.

It’s not always the same for everyone, but many computers come with a lifespan of three to five years. Unfortunately, school devices get the short end of that stick, too.

A lot of the PCs and laptops that schools provide are not exactly the top of the line, especially if the IT department isn’t getting significant funding.

As a result, you’ll be left with old models with limited capacity that only cover basic functions. In cases like this, there’s no way around the sluggish performance. 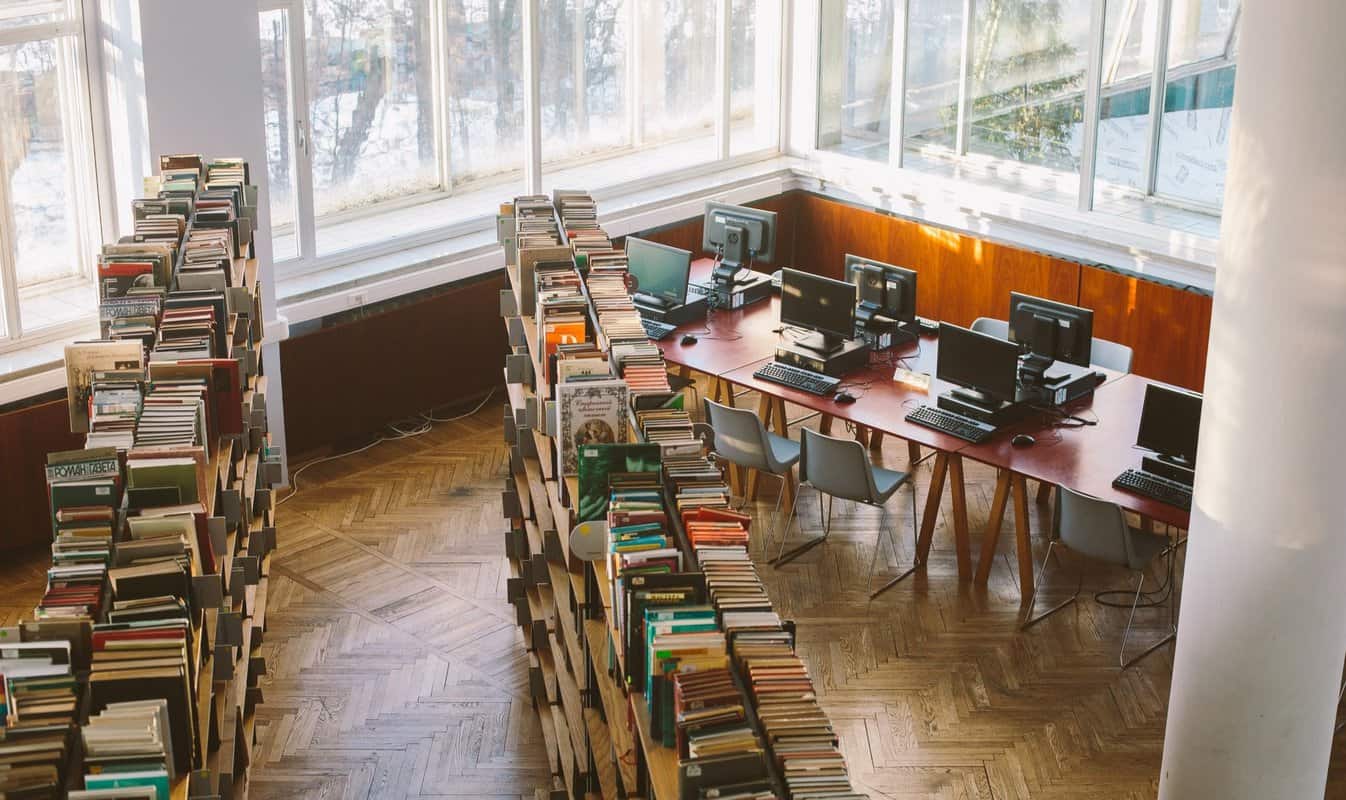 One common reason behind a sluggish computer is running many processor-intensive apps and services.

For instance, if the curriculum requires a lot of heavy graphic tools (like video rending) that go beyond the computer’s capacity, you’ll probably struggle with lagging at some point.

That could be easily identified by checking the active processes on the task manager and what percentage of CPU and RAM they’re hogging.

It’s important to note that hefty programs aren’t always an academic requirement. Instead, some students might abuse the facility’s computers by playing games.

In fact, some of them might even run the games from a bootable USB stick to go undetected by the teachers and IT staff.

If you’re not intentionally running performance-intensive programs, that doesn’t mean that you’re in the clear just yet.

Some apps are set to load automatically with the startup. That means that these services will run in the background every time you open up the computer.

To check if this is happening to you, head to the task manager and see the startup default settings.

From there, you should find a list of all the automatically loaded apps. Then, you can disable anything you don’t need to keep the CPU and memory as fresh as possible.

In many cases, the lagging is only a scream for help from an overheated computer. After all, the processor runs from one class to another every school day.

Sure, there are cooling systems in place, but there’s only so much that a vent and a PC fan can do to cool down the overworked device.

Plus, many computers are programmed to slow down the processes to produce less heat and protect the components from permanent damage — that’s a nifty trick called thermal throttling.

In a sense, thermal throttling protects the CPU at the cost of smooth running. So, you win some, but you lose some.

A full hard drive can leave the operating system with inadequate space to run vital processes like creating temporary files. This can bog down the computer.

Keep in mind that downloading free trial apps and then leaving them on the disk can also fill up the memory with bloatware.

Ideally, you’ll need at least 10% of the drive’s capacity free to run without major lagging.

To tackle this, you can head to the drive with the operating system (usually, it’s C:) and perform a disk cleanup.

However, doing this can delete important data. So, make sure you have backups. Plus, sometimes, you’ll need a teacher’s or IT access to complete this step.

You might be surprised to see how often students jam USB sticks the wrong way and bend the metal pins. This can slow down or completely ruin the data transition from USB ports.

Other times, the devices slip and fall from students’ hands.

While the fall could seem like it’s no big deal if the external shell looks intact, the hard drive could be damaged beyond repair.

HDD hard drives, in particular, are very susceptible to this kind of rough usage.

Unfortunately, with problems like this, there isn’t much hope in getting the computer back in shape, especially if it’s already done a few years in service.

All you can do is contact the school’s IT staff to replace the device or just back up your files and hope for the best.

It’s true that students are responsible for a good chunk of damage to school computers, but that’s not the only reason to consider.

If the IT department doesn’t do its due diligence in keeping the hardware in tip-top shape, problems are bound to happen either way.

For instance, an upgrade from HDD to SSD drives could make all the difference in the computer’s performance.

To learn more, you can also read our posts on why Adobe Flash shut down, why GMK Keycaps are so expensive, and why people use Linux.

So, why are school computers so slow? Well, these devices usually endure a lot of abuse, especially in shared libraries or with curriculums that require performance-intensive apps.

However, it’s possible to boost the speed with a few tricks like using a light anti-malware program, cleaning up bloatware, keeping the device updated, and avoiding overheating.

Why Do Beach Volleyball Players Hug? (5 Reasons Why)

Why Are Hairdressers So Rude? (11 Reasons Why)