Why Are Receptionists So Rude? (9 Reasons Why) 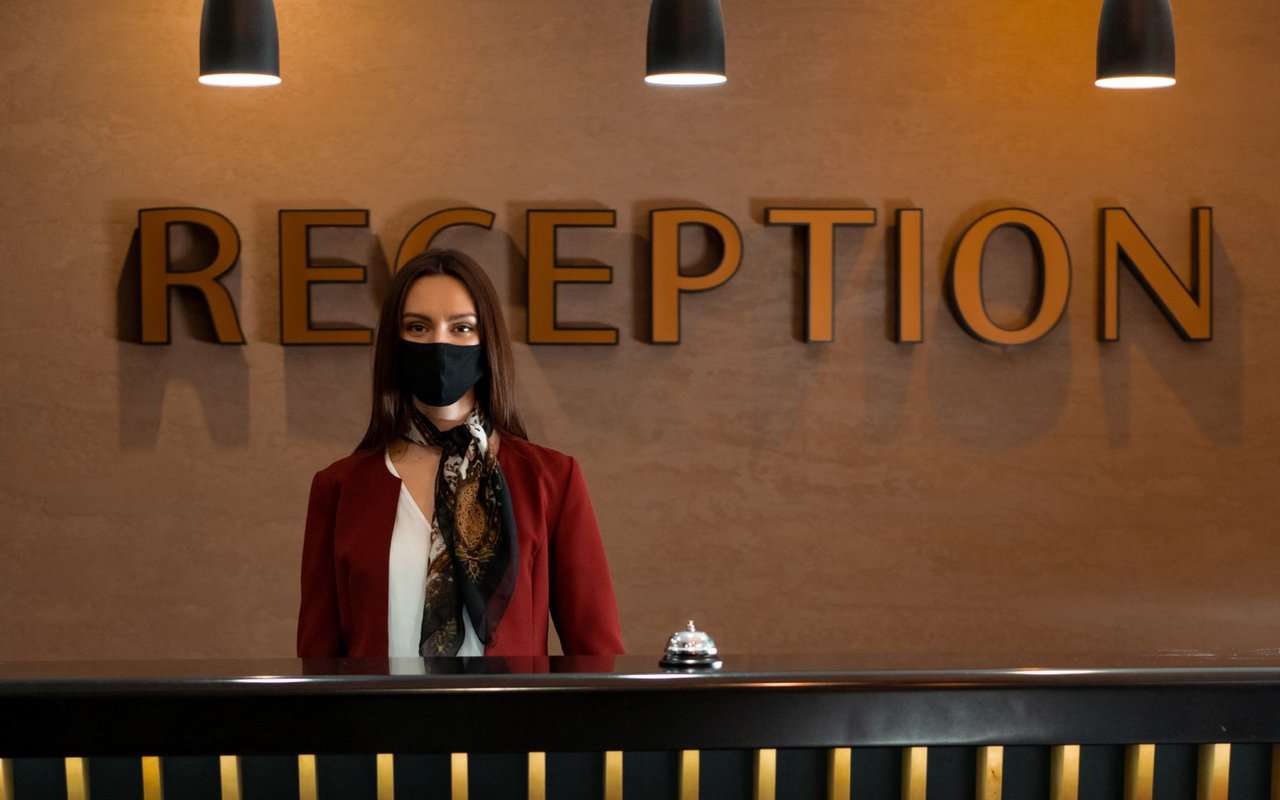 Everybody visits an office’s front desk at some point. Whether you are at a doctor’s office or a mechanic shop, or even going into an office for a job interview, you have met a receptionist.

Sometimes, these receptionists can be so rude! You are simply trying to check in to conduct your business, and they may be ignoring you on the phone or getting snappy. It’s exasperating!

Why Are Receptionists So Rude?

Often, employers expect their receptionists to work on multiple large tasks at once.

While checking in guests, a receptionist will also have to manage meeting schedules, make phone calls, receive packages and undertake secretarial duties all within short order.

Working on all these tasks over a long period consists of a regular workday, but a receptionist will often have to deal with all of these in a span of minutes.

People will often make appointments on their lunch breaks or just after they get off work, meaning certain periods will be far more busy and stressful for receptionists.

If you make your appointment during a busy time, the receptionist may not be as friendly to you as you would prefer. They may not be trying to be mean- they’re just busy!

Every job has occasional rush periods where everything seems to happen at once. Dealing with this avalanche of work can be extraordinarily stressful for anybody, but thankfully, it ends.

These rush periods can be extremely stressful for whoever has to handle them, which is almost always a receptionist. This stress is amplified when they have to interact with customers.

With the level of stress that receptionists have to go through daily, being overworked and still multitasking, it’s no wonder receptionists can be so rude.

If you were constantly stressed, the odds are good that you could be rude to other people as well!

When you consider how much stress receptionists go through daily, you may think that they are making a decent amount of money.

While receptionists tend to not be below the poverty line, they are still far from well-paid.

For the amount of stress and annoyance that a receptionist has to put up with, it’s hard to argue that they are anything but underpaid!

4. They Have Seen Too Many People

In most businesses, especially large businesses, doctor’s practices, and veterinarian’s offices, receptionists will see plenty of different people throughout the day.

While most receptionists are social people in the first place, the repetitive, routine, cookie-cutter interaction can make social interaction far less enjoyable than it usually is.

This repetitive type of social interaction can take all the fun out of a conversation and exhaust even the most social of people.

If you make your appointment later in the day, the receptionists will have seen so many people and made so much meaningless conversation that they could be tired.

You have likely spoken to somebody while completely exhausted. Even if you didn’t mean to be, you may have been pretty rude! 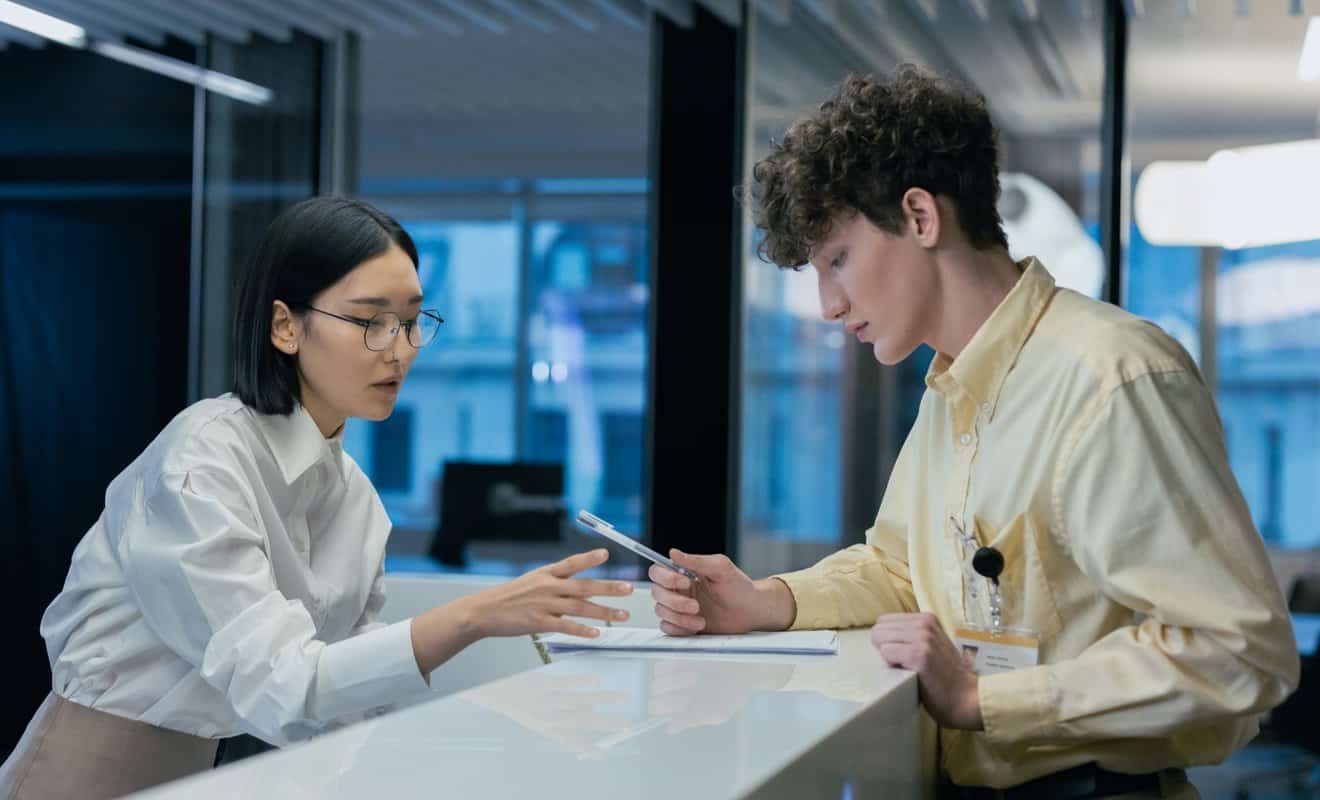 If you have worked in retail or any other position that requires a large amount of social interaction, you may have heard somebody say, “The customer is always right!”

Read More:  Why Are Security Guards So Rude? (9 Reasons Why)

Some people take this famous phrase to heart and think that, in a professional environment, they can do no wrong.

Nightmare customers are such a common occurrence that many receptionists will share stories of particularly awful customers with other receptionists or even their friends.

Dealing with this self-righteous kind of person can be extremely tiring, and a receptionist may be very rude to you after dealing with so many in one day!

Office work may not be as physically intensive as construction work or athletics, but it does contain a lot of social interaction.

For some types of people, this social interaction can be exhausting, especially when combined with a large amount of tedious and detail-oriented office work.

Think of all the earlier reasons we have listed, as well, and how exhausting they can be. A lot of receptionists are tired, and the coffee in their break room just isn’t strong enough!

7. The Business Is Poorly Run

If you have spent a decent amount of time in the workforce, the odds are high that you have encountered a poorly-run business. You may even have worked in one!

When a business is poorly-run with incompetent or haughty management, its employees will be unhappy. An unhappy employee will not treat their customers as kindly as they should.

Receptionists do not often work shifts, but certain receptionists may be scheduled for certain days of the week.

Offices are also prone to not hiring enough employees, meaning that receptionists may have to work more days than they would prefer- or even days that they had asked off.

Read More:  Why Are Hairdressers So Rude? (11 Reasons Why)

9. You Are Being Rude

Nobody likes to think they may be the issue, but it’s always an unthought possibility! Think about every rude person you have ever met. Did it seem like they were aware of their behavior?

You may not realize that you are being rude, and therefore the receptionist is being rude back to you.

This tendency to give somebody the same attitude they are giving you is called ‘mirroring.’ Mirroring is a well-recorded behavior among humans in a social situation.

If you are being kind to somebody, the odds are good that they will be kind to you in turn. If you are encountering a rude receptionist, try being kind to them- they may be far nicer to you!

Ultimately, people are complex, especially in terms of their personalities. Somebody may be mean one day and extremely patient and kind the next. It all depends on how their day is!

If a receptionist is being rude, try not to escalate the situation. After all, they are only a receptionist- they are not very high on the totem pole, and you won’t be seeing them for long.

Why Are Public Schools So Bad? (11 Reasons Why)